It was the perfect 1970s marriage, akin today to having the Kardashians team up with Google. Or Beyonce inventing the fidget spinner.

From 1975-79, Hostess – the makers of iconic Twinkies, Ho-Hos and Cupcakes – jumped into the baseball card market. My pre-teen self was in heaven.

One problem: My mother, ever worried about our oral hygiene, was vigilant about keeping store-bought sugary snacks out of the house. Sure, we had homemade cookies and pies, but items ranging from snack cakes to frosted cereals were only available to me at my friends’ houses.

So when baseball cards became my passion in early 1978, Hostess cakes were suddenly on my “ask” list when Mom went to the supermarket. But no matter how I begged, she wouldn’t budge. 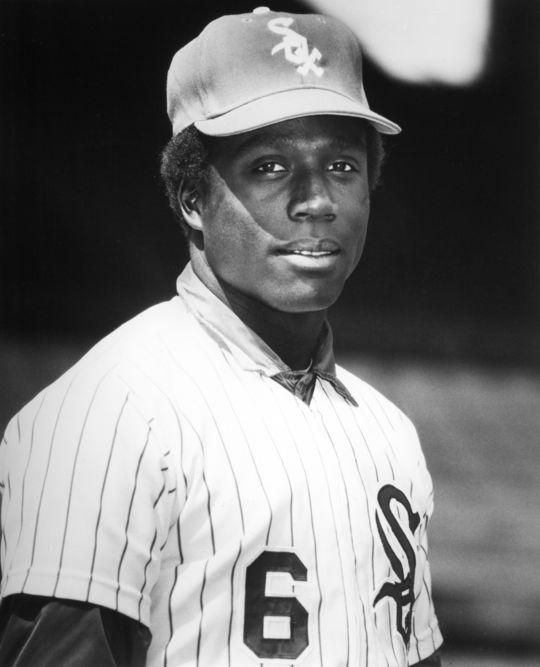 Jorge Orta played for the Chicago White Sox from 1972-1979. (National Baseball Hall of Fame and Museum)

Fortunately, my friend Steve’s mother was not as concerned with her family’s teeth. And each time I visited, I found a box of Cupcakes or Ho-Hos on their kitchen counter.

Steve and I quickly began disassembling the containers, cutting out the three individual cards that were positioned face-up on the bottom of the box. Unlike the Topps cards in their wax packs, you could see exactly what Hostess cards you were getting when you bought the box. The only thing not visible was the stats on the back of the cards, which – for many of us – were just as important as the photos on the front.

In that pre-internet era, baseball cards were the primary way we learned the numbers of the game. To this day, I don’t know how we survived before baseball-reference.com – and I really don’t want to. 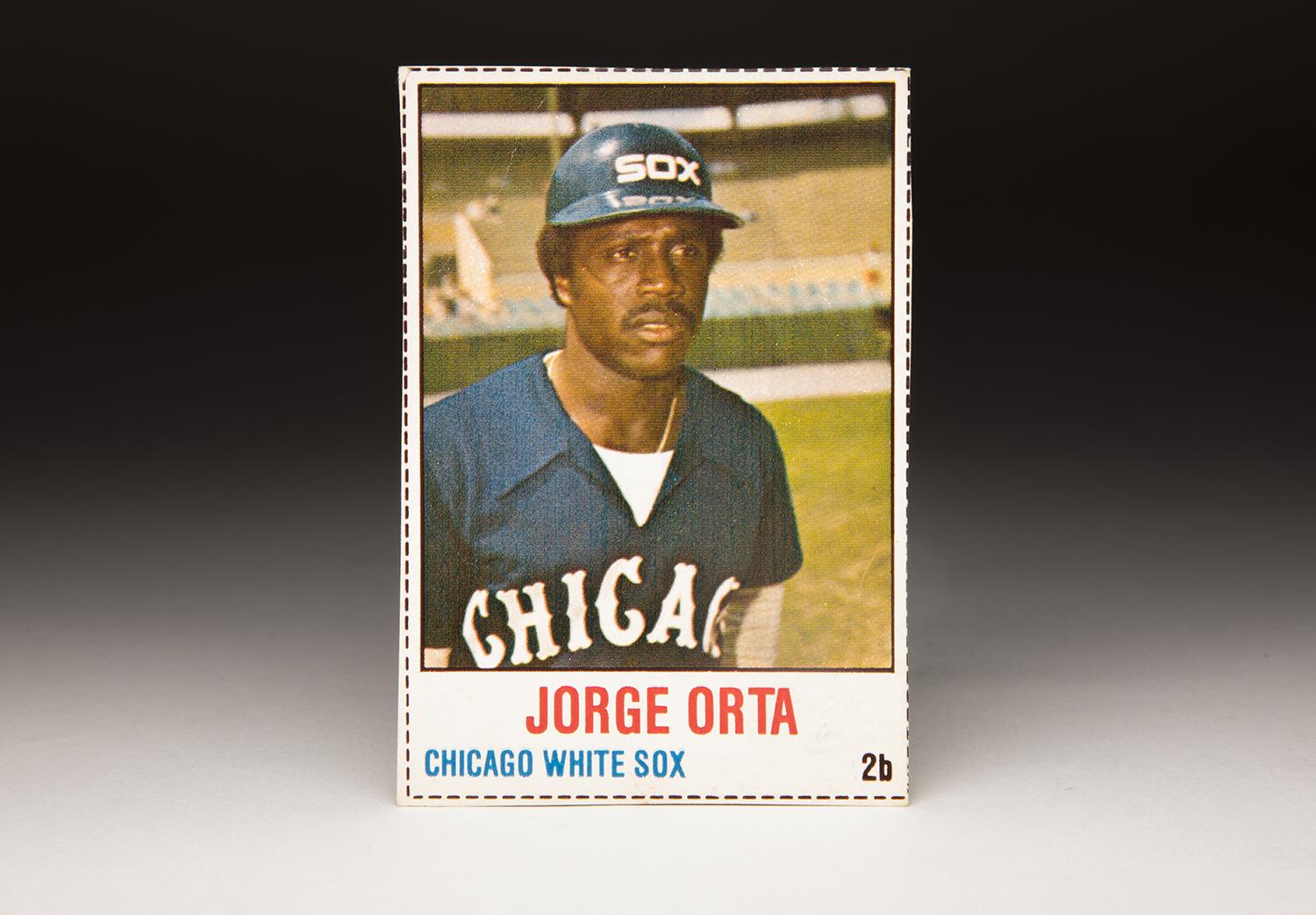 From 1975-79, Hostess produced baseball cards, like this one of Jorge Orta from 1978. (By Photographer Milo Stewart Jr./National Baseball Hall of Fame and Museum)

One day, we came across a panel that featured White Sox second baseman Jorge Orta. For reasons that escape me today, I carefully cut along the dotted line of that card and brought it home. It then sat in the drawer with the rest of my cards, a lone outlier among a sea of Topps.

Everything about the Hostess cards was different from all the others. Printed on the thin box material, they were sturdier than the Topps offerings – albeit a bit smaller by length and height. The print fonts were simple, listing only the name, team and position on the front of the card. The rear featured the full name and basic info on the player, plus the standard stats of the day for each year he played – along with cumulative totals.

Nowhere to be found was any reference to Hostess, though there was a card number at the top left – in Orta’s case, No. 105. Overall, a totally forgettable card…that stayed with me forever.

As my card collection grew, I kept the Jorge Orta card. For a while, I sorted it within my other White Sox cards. But as I pulled certain prominent ones out of the common stacks for safe keeping, I singled out the Orta card for special protection – the plastic single-card holders that fit in three-ring binders – as well. 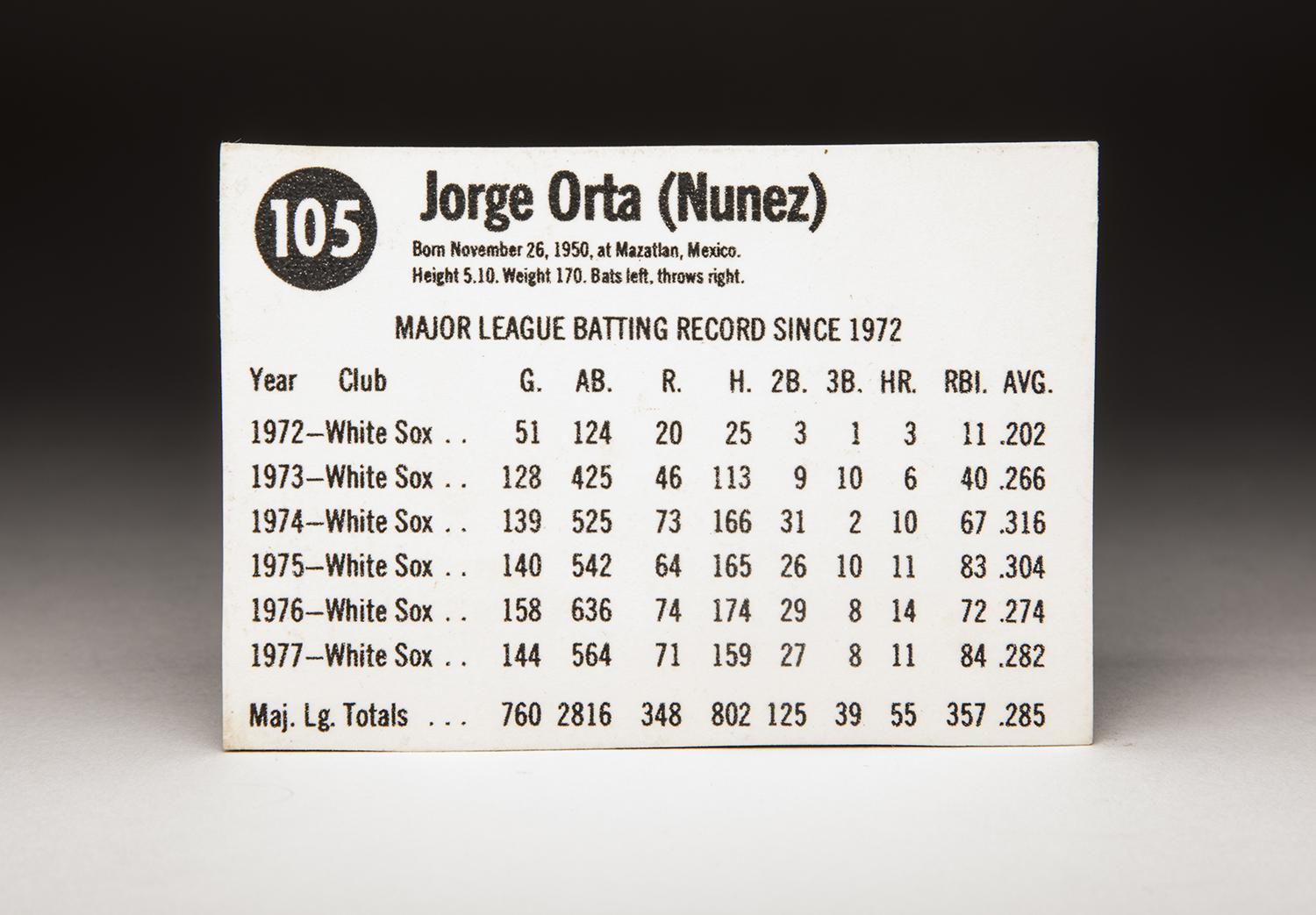 The reverse side of Jorge Orta's 1978 Hostess card. (By Photographer Milo Stewart Jr./National Baseball Hall of Fame and Museum)

Then, on Oct. 26, 1985, Jorge Orta was thrust into the national spotlight. Leading off the bottom of the ninth of Game 6 of the World Series – with the Royals trailing the Cardinals 1-0 and St. Louis relief ace Todd Worrell on the mound – Orta pinch hit and dribbled a grounder to Cardinals’ first baseman Jack Clark. Worrell took the throw from Clark awkwardly, but landed on the bag with the ball in his glove about a half step before Orta reached the base.

Umpire Don Denkinger, though, didn’t see it that way. He ruled Orta safe, igniting a rally that would end with Dane Iorg’s two-run single that gave Kansas City the win and forced Game 7. Orta did not score during the rally (he was forced out a third on a failed bunt attempt by Jim Sundberg), but his name would forever enter baseball lore when the Royals won Game 7 to clinch the Fall Classic title.

And Jorge Orta would never again leave the hallowed ground of my “special cards” binder.

Orta retired following the 1987 season with a .278 batting average, 1,619 hits and two All-Star Game selections. Unfortunately, history does not record whether he ever sampled Twinkies or Ho-Hos.

But thanks to Hostess, he – and hundreds of other players – live on in the memories of children of the 1970s, along with rotary phones, Sesame Street and Evel Knievel action figures.

Now, where did I leave that new box of Suzy-Qs… 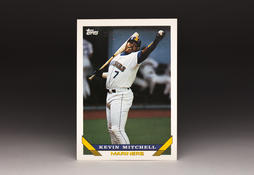