Roberto Clemente was heating up at the right time, and the Pirates needed it.

Pittsburgh was chasing the Milwaukee Braves for the National League pennant in 1958. On Sept. 8, 1958, the Pirates beat the Cincinnati Redlegs 4-1 to catapult themselves into a late season 10-1 stretch, and it came with a lot of support – and speed – from Clemente.

With the spacious dimensions at Pittsburgh’s Forbes Field to his advantage, Clemente legged out a triple in each of his final three at-bats. He became the 28th player to hit three triples in a game, tying the modern record.

The Redlegs retired Clemente on a grounder to third base in the bottom of the first inning, but he would get a hit in each of his remaining at bats. 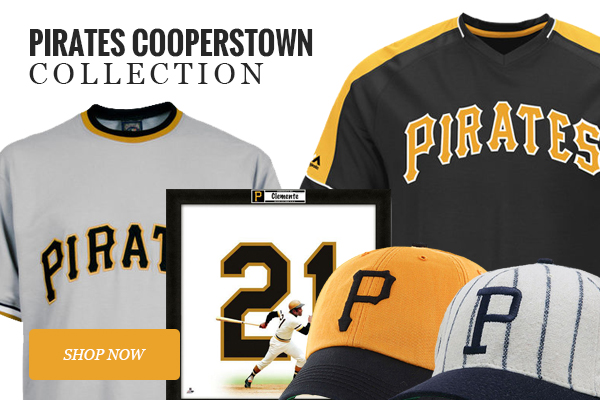 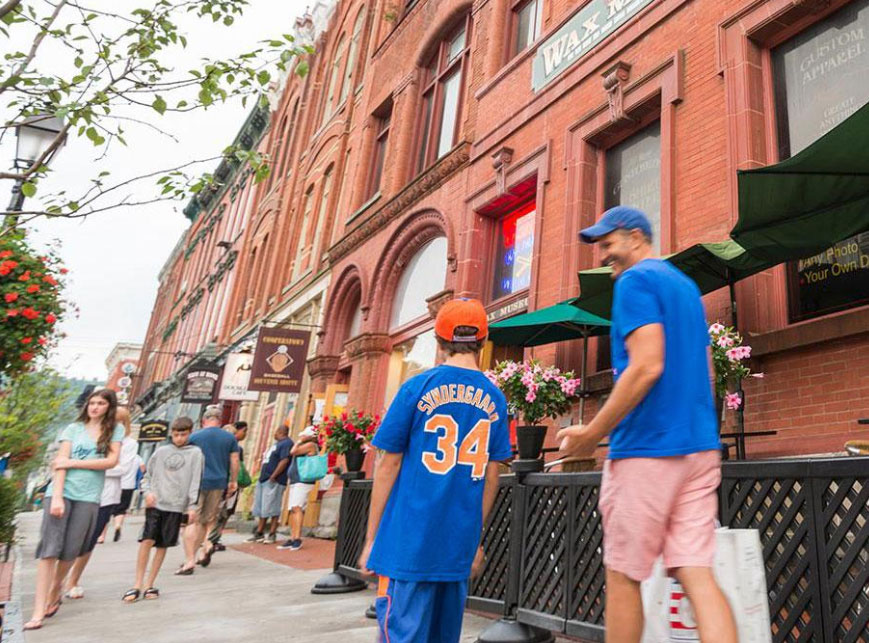 Leading off the bottom of the fourth with the game still scoreless, Clemente hit a triple to left, putting himself in scoring position. His teammates couldn’t capitalize, however, as Cincinnati starter Tom Acker struck out the next two batters before inducing a flyout to right to end the threat.

Acker wouldn’t be as lucky in the fifth. Clemente came back up to the plate after a back-to-back single and double plated two Pirates runs. Clemente sent a ball into right field, driving in center fielder Bill Virdon, and dashed around the bases. He attempted to stretch his triple into an inside-the-park home run but was cut down at the plate.

Clemente tied the record in his fourth at-bat. With two strikes on him, Clemente laced a ball into the right-center gap, easily reaching third. He came around to score on a single from first baseman Dick Stuart, putting the Pirates up 4-1.

“Fastballs or curves make no difference to outfielder Roberto Clemente of the Pittsburgh Pirates,” wrote George Esper of the Associated Press. “He hits them all.”

Clemente told Esper his first two triples came off fastballs, and the third was a curve.

Clemente was 3-for-4 on the day with an RBI and a run scored, helping Pittsburgh beat a Cincinnati team that entered the day on a five-game win streak. 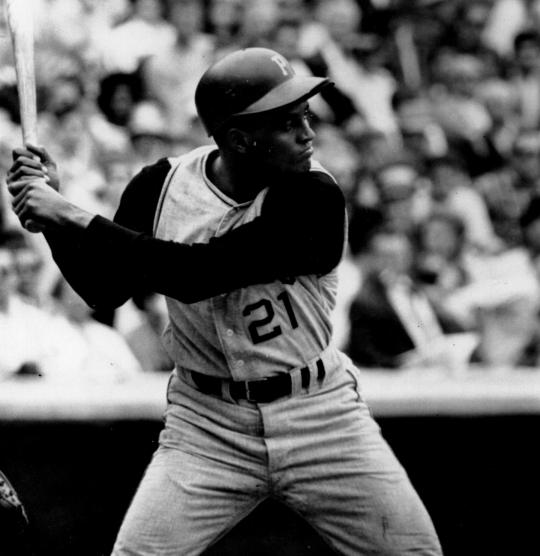 Roberto Clemente tied the modern record when he hit three triples in a game on Sept. 8, 1958. (National Baseball Hall of Fame and Museum)

In September and October of that season, Clemente hit .319 with two doubles, four triples and four RBI. He also stole two bases. In the field, where Clemente won 12 Gold Glove Awards during his 18-year career, he didn’t make a single error throughout the last two months.

The Pirates lost the last five games of the season, all to the Philadelphia Phillies, allowing the Braves to repeat as National League pennant champs.

Clemente was inducted into the Baseball Hall of Fame in 1973 during a special election following his death. 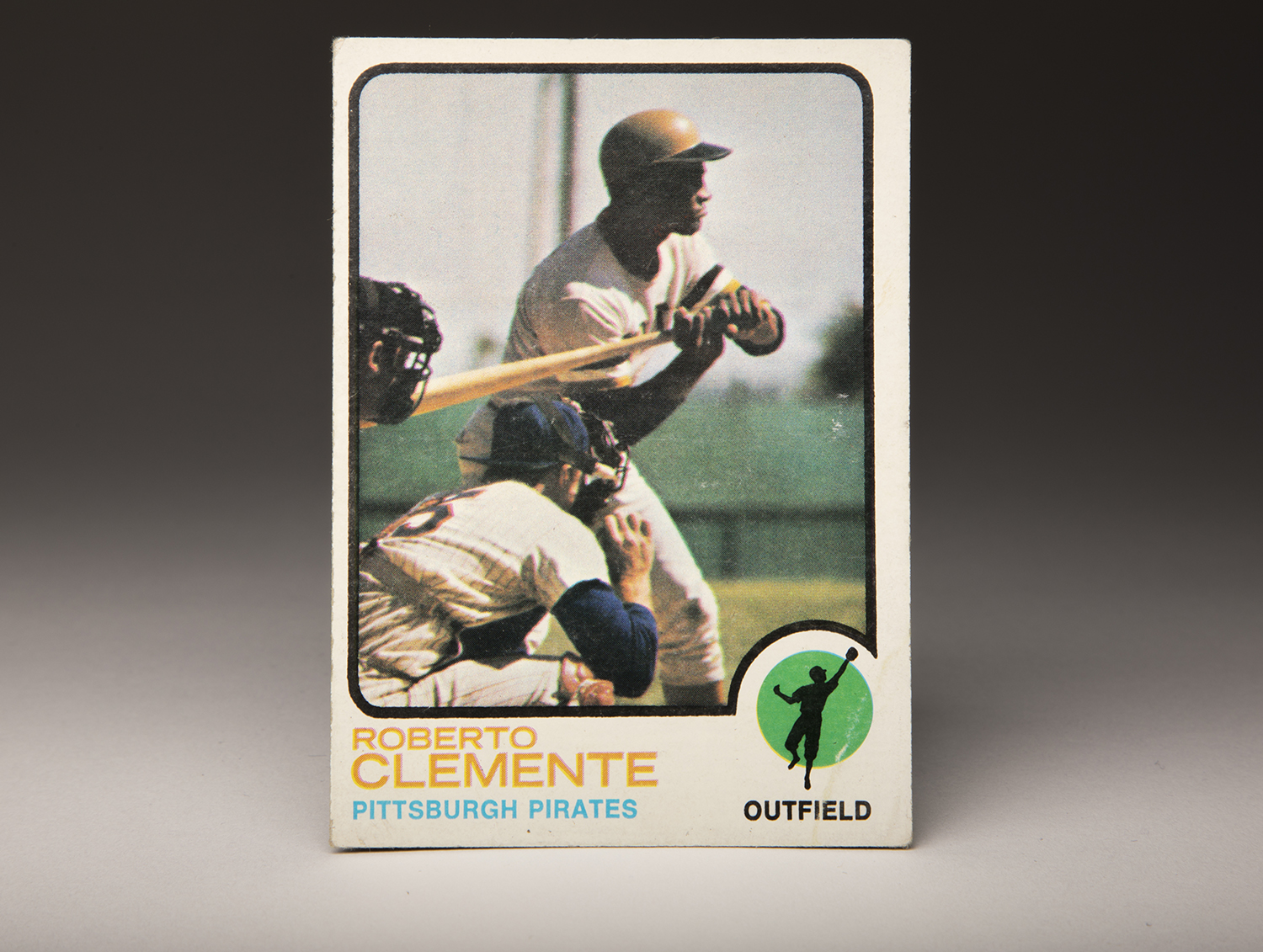 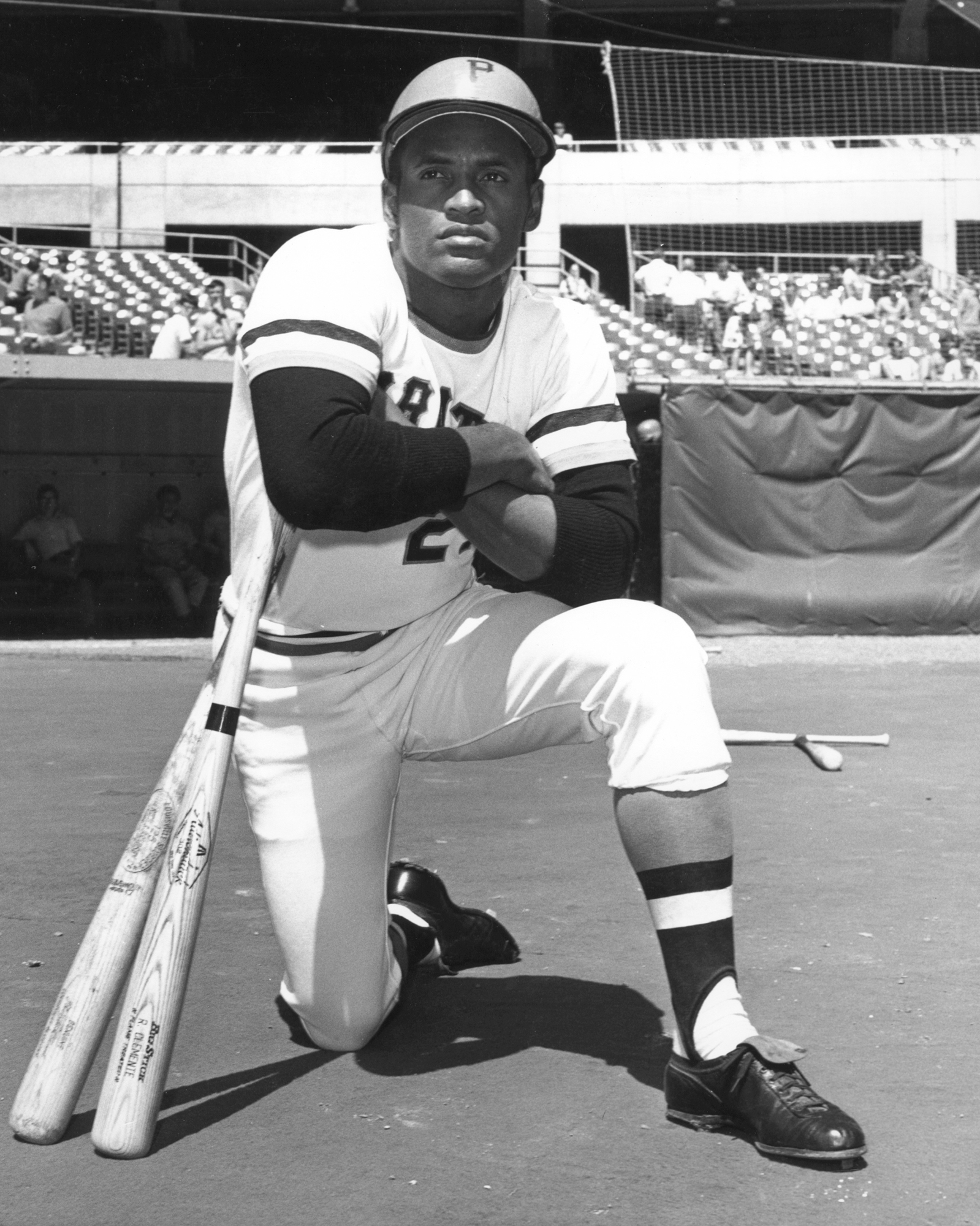 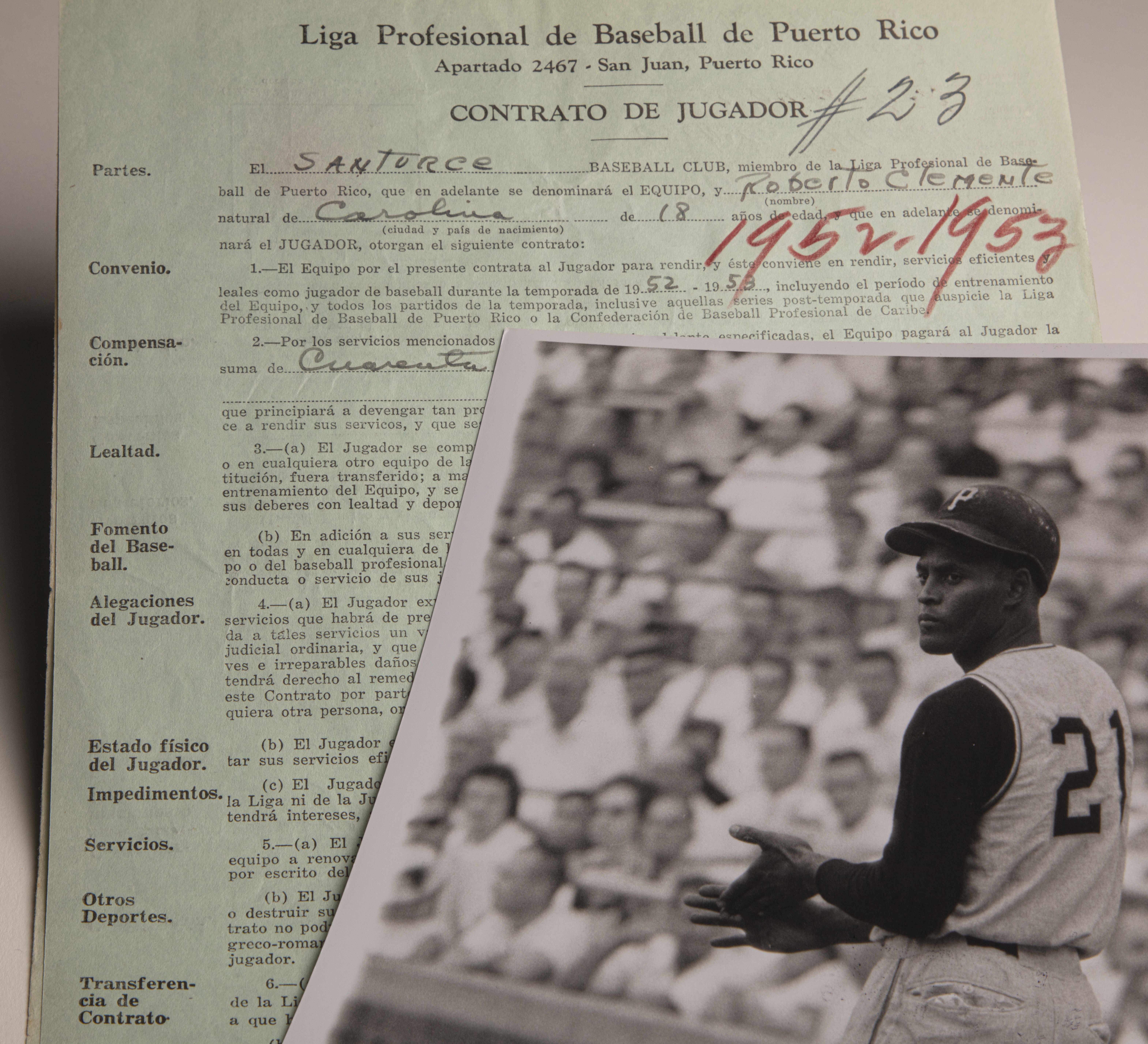 #Shortstops: Deal of the Century

Roberto Clemente's first professional contract was with the Cangrejeros de Santurce of the Puerto Rican Professional Baseball League. A copy of that contract is preserved at the Museum. 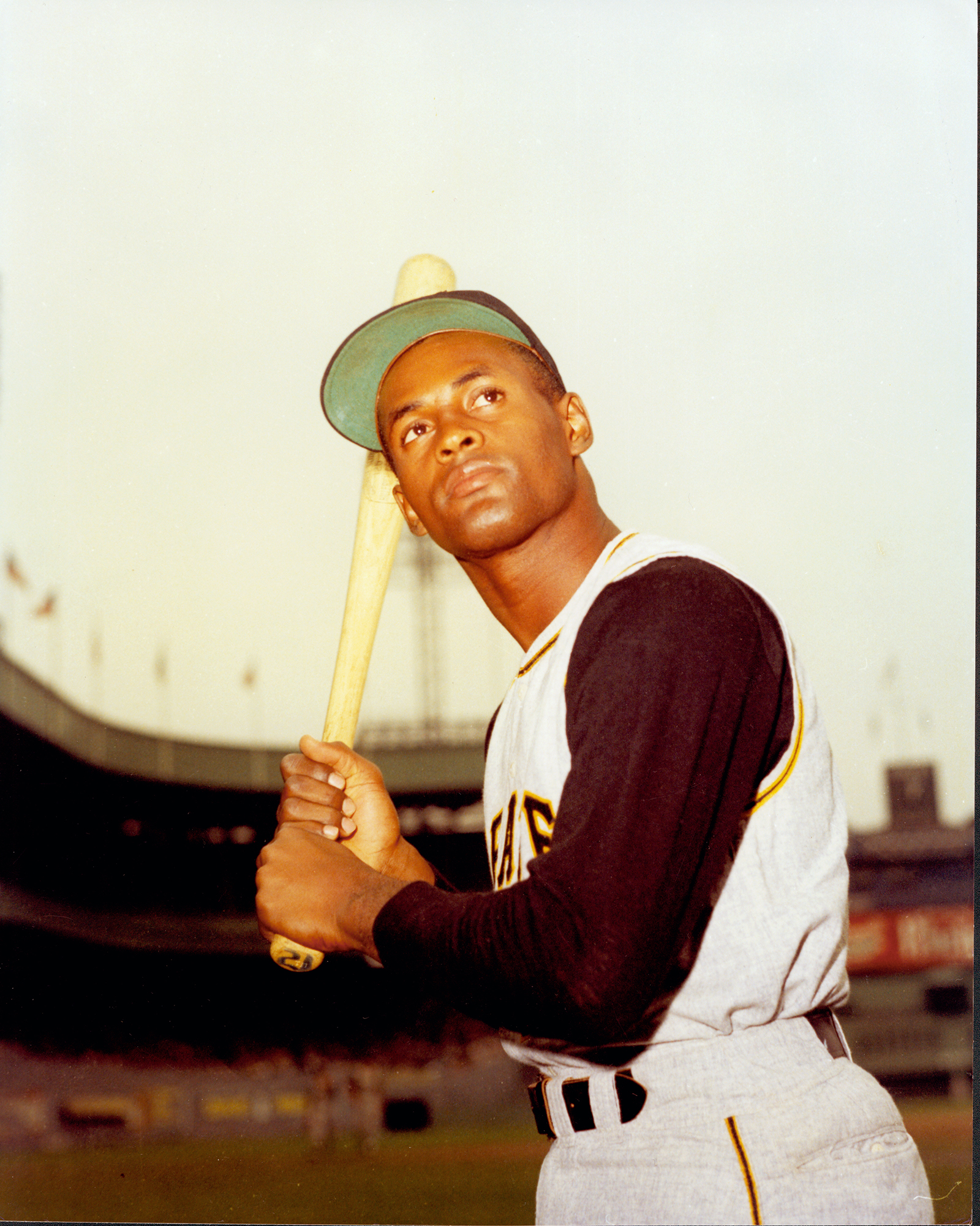