When fellow baseball fans find out that you collect cards, they inevitably like to ask the question: What is your favorite card of all time?

It’s a difficult question to answer, given that there are literally thousands of cards to choose from; in my case, I started collecting in the early 1970s and continued in earnest through the mid-1990s. Clearly, there’s a lot of material to draw from, making it difficult to come up with a final choice.

I suppose that if had to narrow it down, my choice would be one of two Roberto Clemente cards. As someone of Puerto Rican descent – my mother was born in Santurce – Clemente became my favorite player, even if most of my memories of him came after his tragic death. (Of course, there were other reasons to like Clemente, from that unprecedented throwing arm to the frenetic manner that he ran the bases to the way in which he could turn a bad pitch into a ringing line drive.)

I particularly enjoy Clemente’s 1972 Topps card, in which he can be seen tossing a ball in the air during a pregame moment at Shea Stadium. This card just smacks of Clemente being cool, casually lofting the ball as the photographer from Topps takes his picture. Clemente seems completely oblivious to the photographer, so there’s no way to know if he planned such a pose, or if the photographer simply caught him at a moment where the ball was in mid-air.

And then there is Clemente’s 1973 Topps card. It is one of only two times that Topps captured him with an action shot during his career. (The other time was his 1972 “In Action” card, in which Clemente can be seen rolling his neck during an at-bat at San Francisco’s Candlestick Park. Action shots on cards were simply not that prevalent at the time, certainly not the way they are today.) In the 1973 shot, we see Clemente from the side, waggling his bat as he stands in the batter’s box, awaiting the next pitch from an unknown pitcher for the New York Mets. 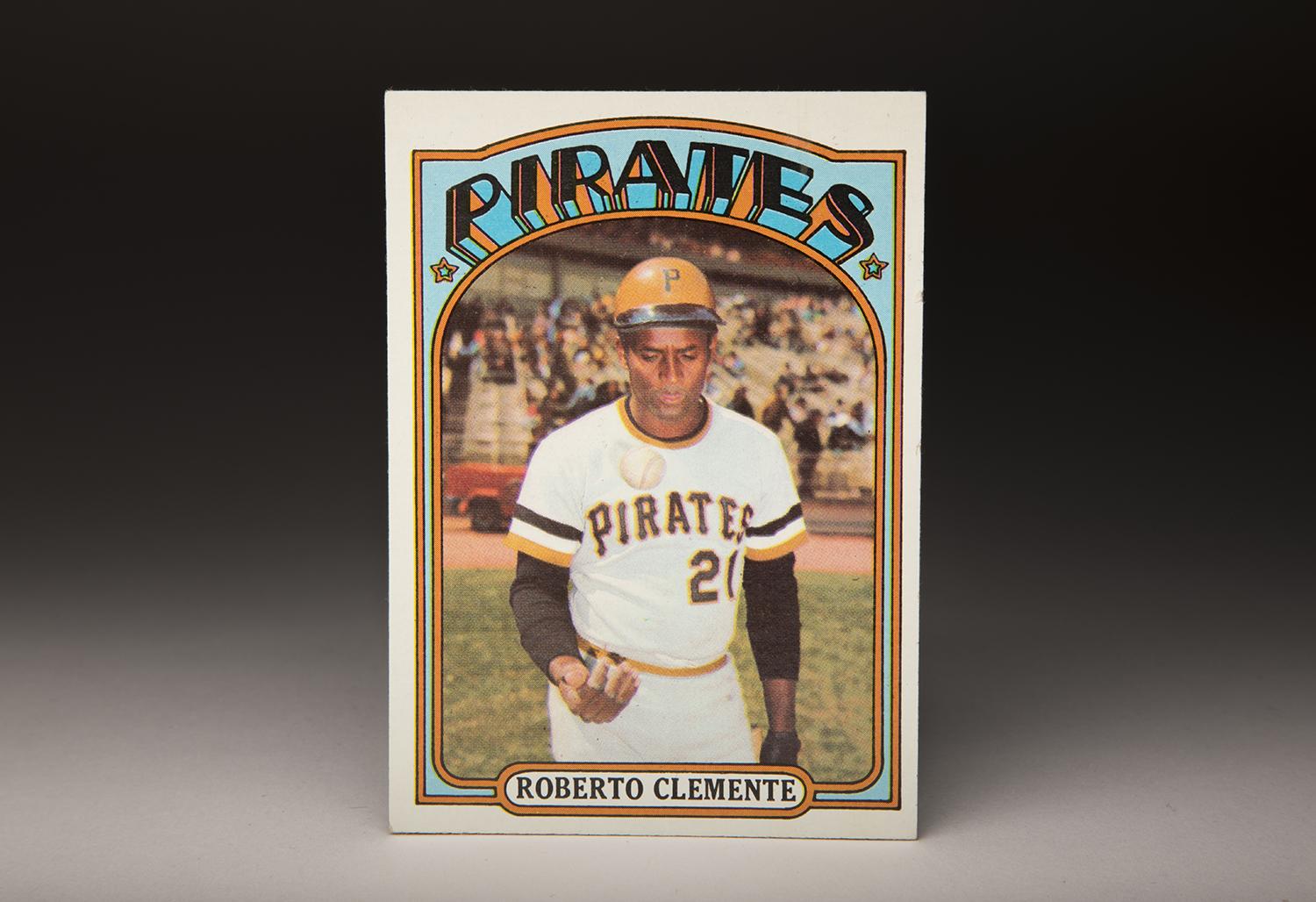 On Roberto Clemente's 1972 Topps card, the photographer captures him in a candid moment, tossing a baseball during a pregame moment at Shea Stadium. (By Photographer Milo Stewart Jr. / National Baseball Hall of Fame and Museum)

At first, I thought that the photo must have been snapped during a 1972 regular season game at Shea Stadium, but then I realized that the background did not match Shea Stadium at all. The green outfield wall, which appears somewhat blurry in the background, is not the wall from Shea Stadium. No, this was a photo that must have been taken during a sunny Spring Training day in 1972, at Al Lang Field, the Mets’ site in St. Petersburg, Fla.

The Mets’ pinstriped home uniforms are clearly in evidence here. So who is the Mets’ catcher? It is none other than Jerry Grote (the 5 from his No. 15 is visible here), the Mets’ No 1 catcher from that era and the subject of an earlier Card Corner. The photo is typical Grote, who appears to be up on his haunches, intense as ever, as if this was a regular season game and not a meaningless exhibition game during the Grapefruit League season. One would be hard-pressed to find two more thoroughly professional players on the same baseball card; both Grote and Clemente played the game hard. These two men took their profession seriously, exhibition game or not.

For a fan of Clemente, I was grateful to have a card that showed him in action. Of course, this card came with mixed feelings, and under the most difficult of circumstances. It was a card that Topps was not obligated to produce at all, given the tragic events that happened on the last day of 1972. 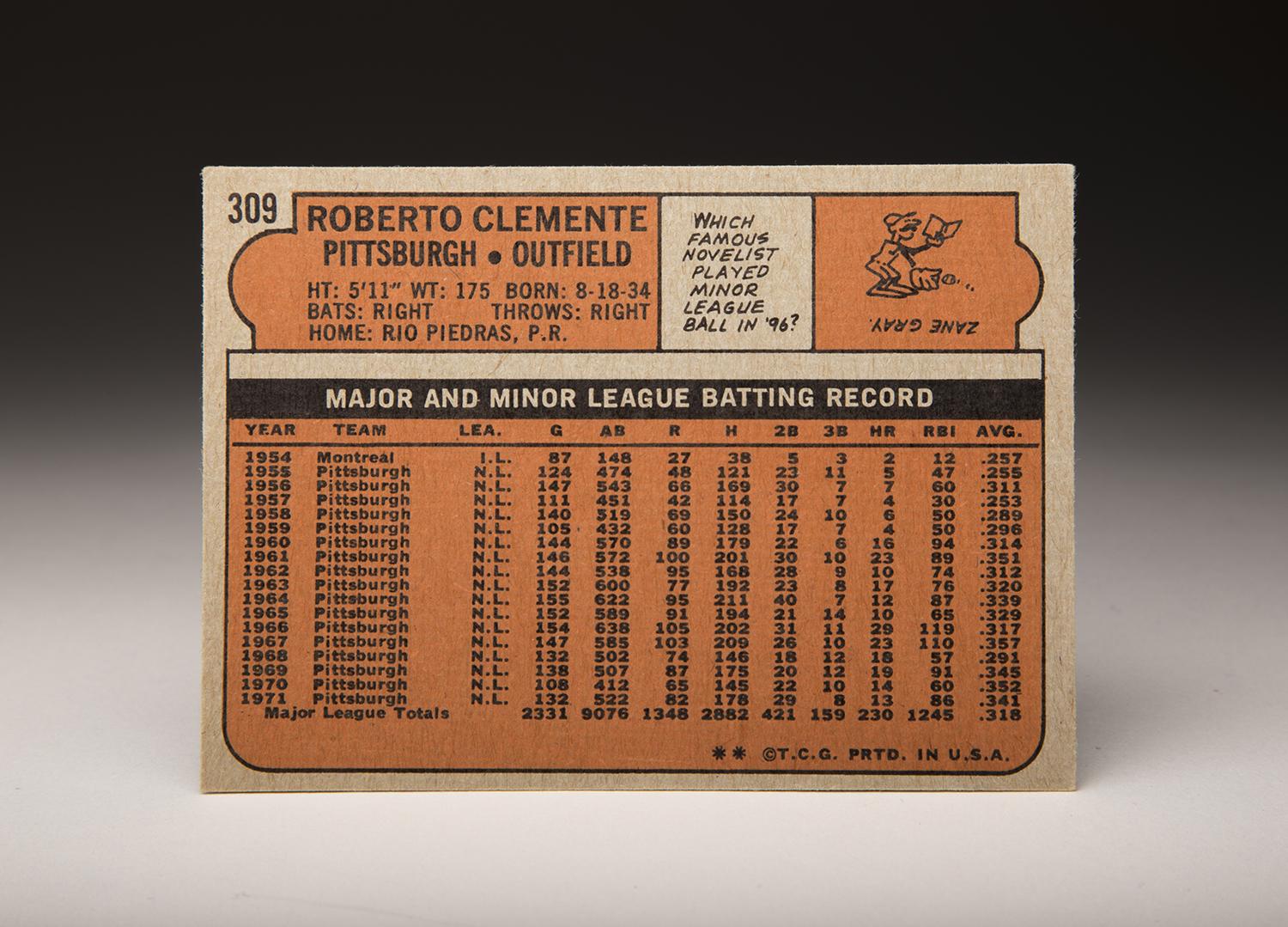 The reverse side of Roberto Clemente's 1972 Topps card. (By Photographer Milo Stewart Jr. / National Baseball Hall of Fame and Museum)

The 1973 card first circulated in February of that year. (1973 marked the last year that Topps issued its cards in a staggered series, rather than all at once. As No. 50 in the set, the Clemente card would have been part of the first series, coming out in February.) By the time the Clemente card first hit stores, he was already gone. The Hall of Fame right fielder had died in a plane crash on New Year’s Eve, while bravely truing to airlift relief supplies to earthquake-ravaged Nicaragua.

Clemente did not have to be aboard that plane, but he felt it was important to do so, given reports that the Nicaraguan military was stealing relief supplies and selling them for profit. Clemente figured that if he was on board the flight, given his status as a celebrity, the chances of the relief supplies being intercepted would be lessened. They won’t mess with me, Clemente figured. This wasn’t his ego at work, it was simply an acknowledgment that something needed to be done to ensure that the earthquake victims receive the supplied they needed. 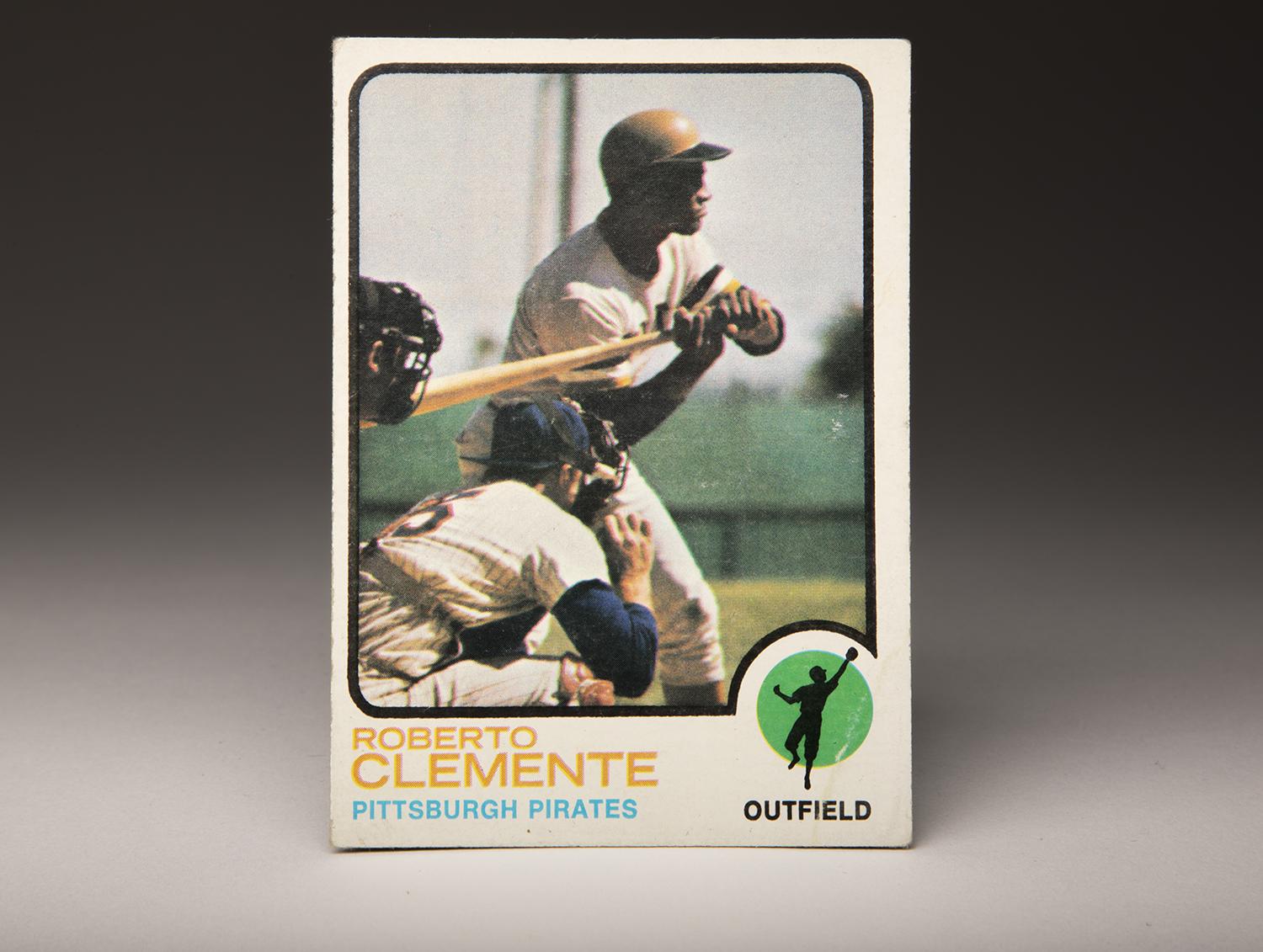 By the time Roberto Clemente's 1973 Topps card hit stores, the world was mourning his tragic passing. But the Topps company decided to keep the card in circulation as a tribute to the future Hall of Famer. (By Photographer Milo Stewart Jr. / National Baseball Hall of Fame and Museum)

It’s likely that when news of Clemente’s death reached the public, Topps had already produced his 1973 card. But with several weeks remaining before the new cards would be sent out to stores, Topps could have easily pulled the card. But Topps did not. Sy Berger, the president of Topps, decided to keep the Clemente card and include it in 1973 distribution. Berger died in December of 2014, so we cannot ask him what his thought process was, but I imagine that he felt a final Topps card would be a fitting tribute for a beloved superstar.

Topps also had precedent on its side. In one of its late-series issues in 1964, Topps opted to include a card of Chicago Cubs second baseman Ken Hubbs, who had been killed in a February plane crash. Not only that, but Topps included a black band at the top of the card, featuring the words “In Memoriam.” Topps made it clear that it wanted to memorialize Hubbs, a talented young player who seemed destined for a long career in Chicago.

For some reason, Topps opted not to include the words “In Memoriam” on the Clemente card, but any baseball fan was already fully aware of his death. In a sense, no one needed to be reminded of Clemente’s passing; it was something that we knew about all too well. 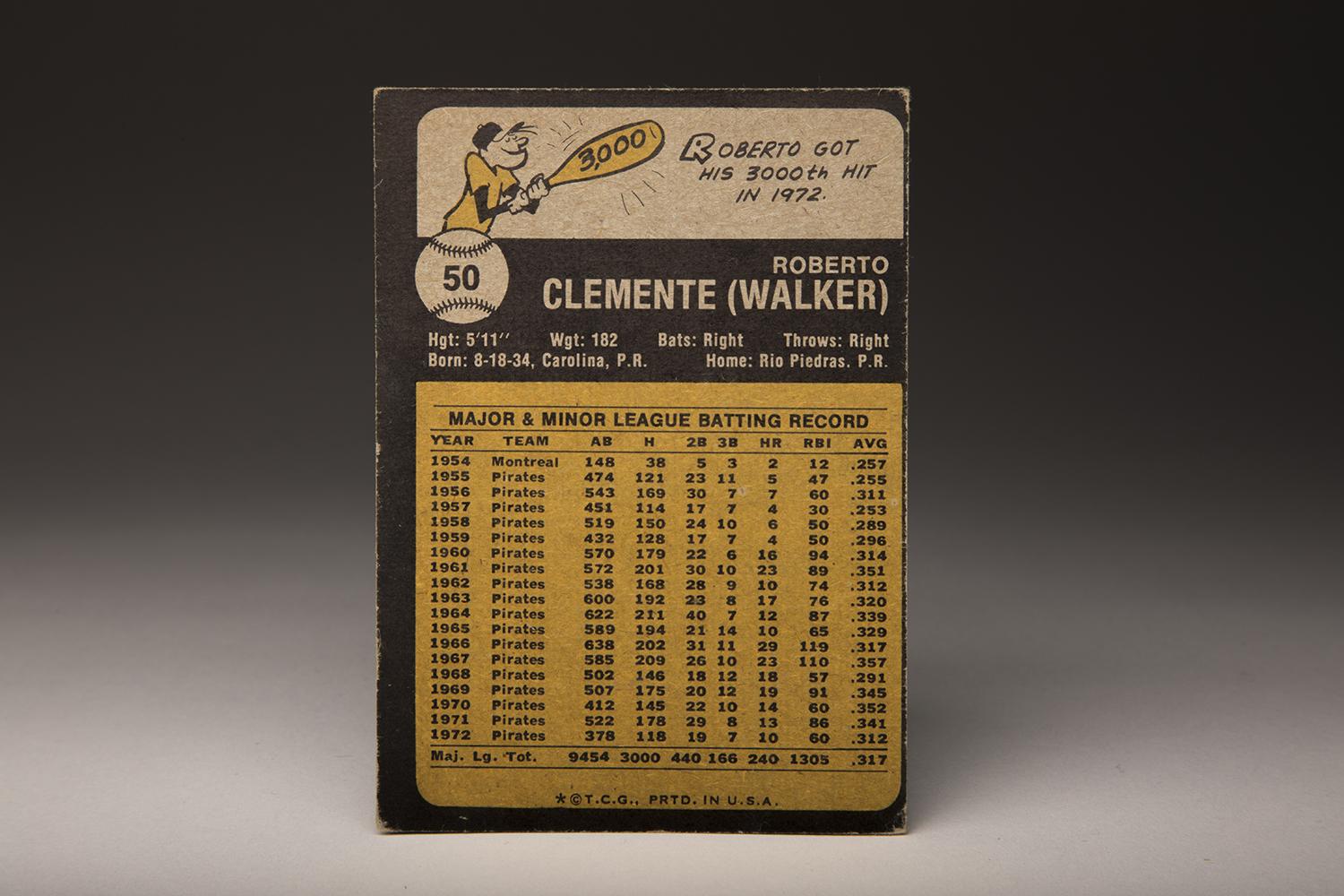 The reverse side of Roberto Clemente's 1973 Topps card. (By Photographer Milo Stewart Jr. / National Baseball Hall of Fame and Museum)

At the time of the release of the Clemente card, I remember talking about it with friends in and out of school. We thought it was a little strange for Topps to produce a card for a deceased player, but we certainly were not offended by it. In fact, we liked the card, given that it was an attractive action shot of a fallen legend.

In the years since, I’ve thought longer about Topps’ decision and come to the following conclusion: Sy Berger was 100 percent right to include the card in the set. It served as a beautiful tribute, and it gave us one more look at Clemente in action, at a time when there was no Internet and when it was difficult to find action shots of such a dynamic and charismatic player.

I’m still not sure what Sy Berger’s reasoning was in giving the go-ahead to the card, but I am forever grateful that he did. As we celebrate Roberto Clemente Day this year, let’s give a nod to the late Mr. Berger and his wise decision to pay one last tribute to The Great One. 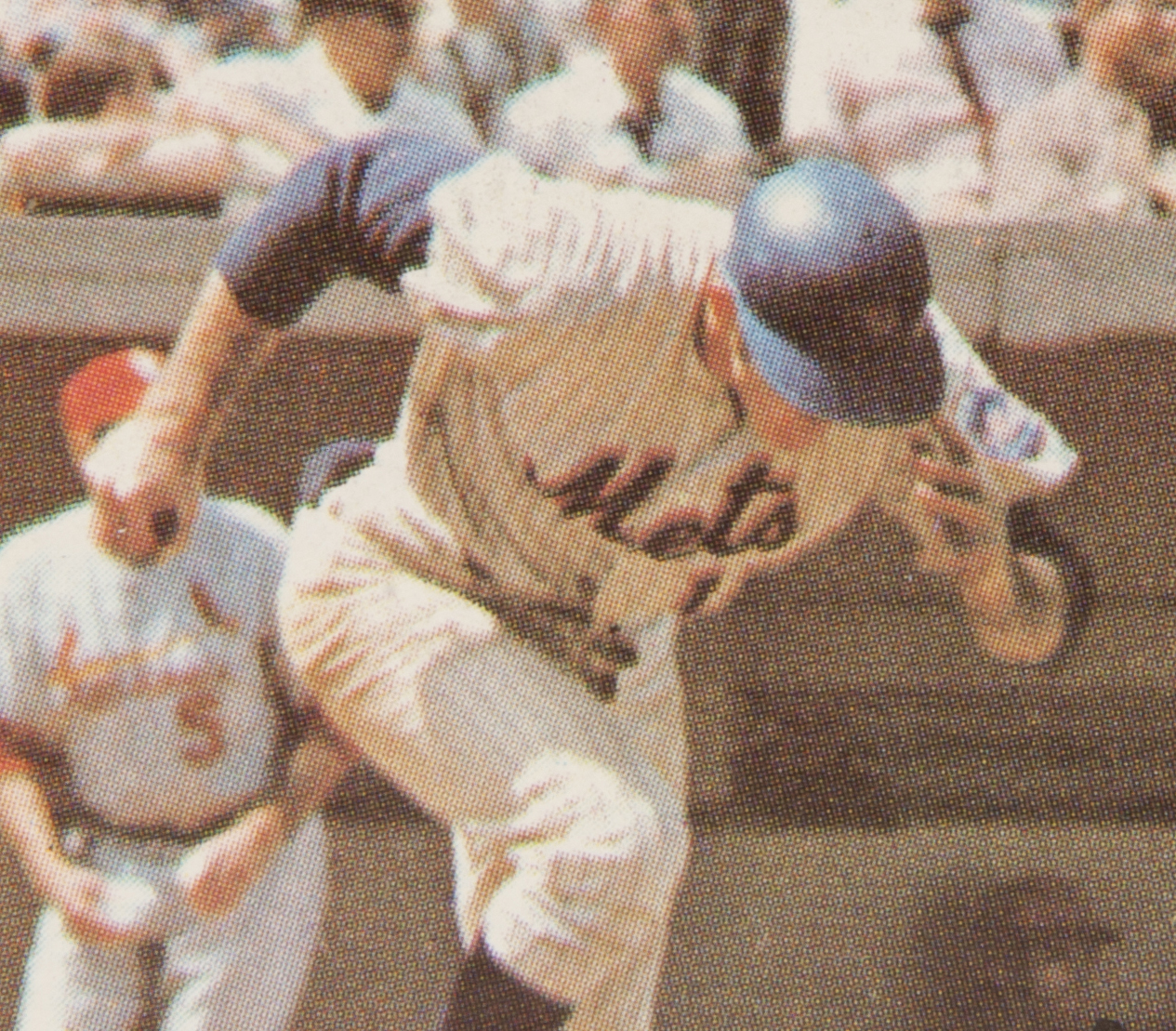 Old school player Jerry Grote played every game like it was the seventh game of the World Series. 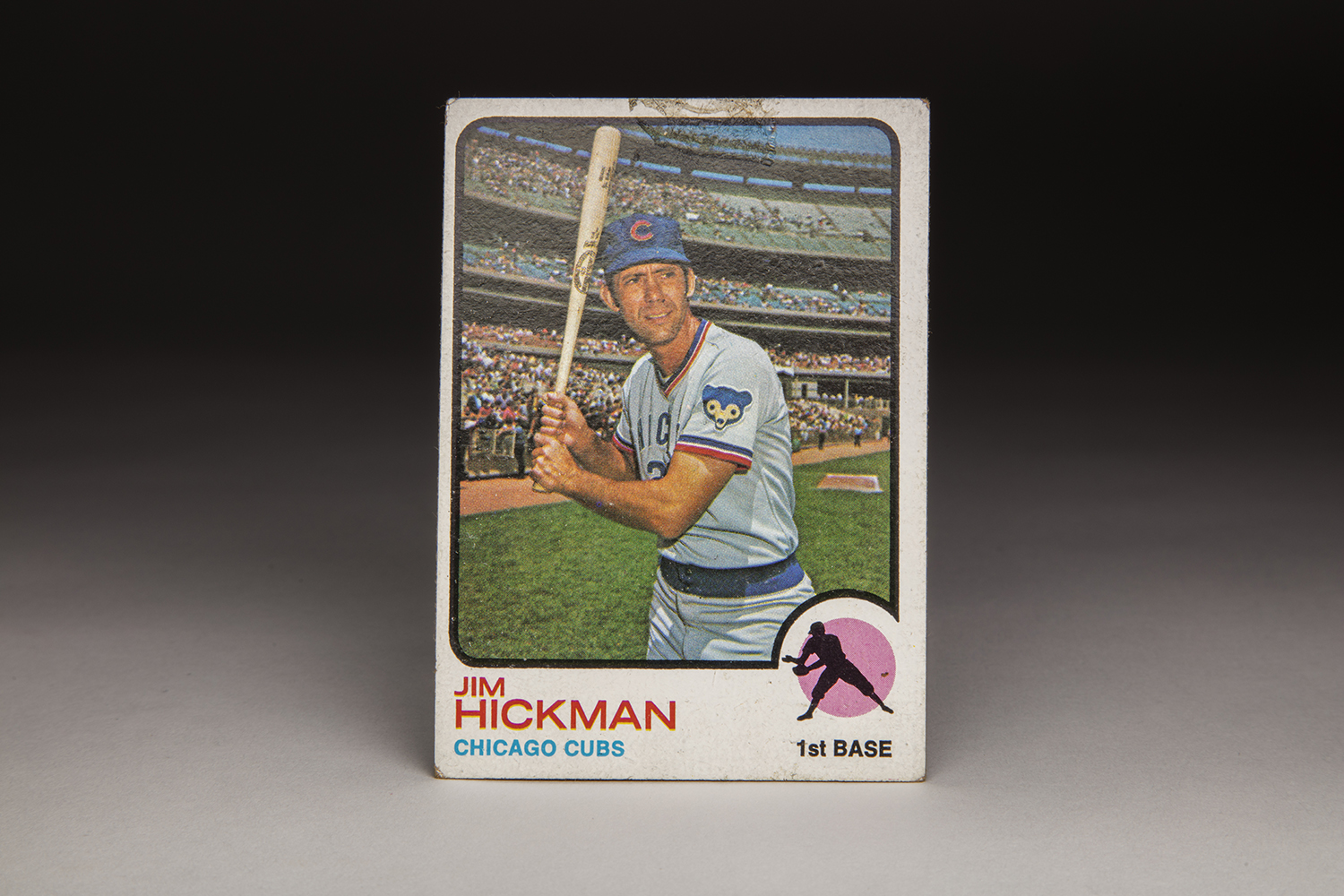 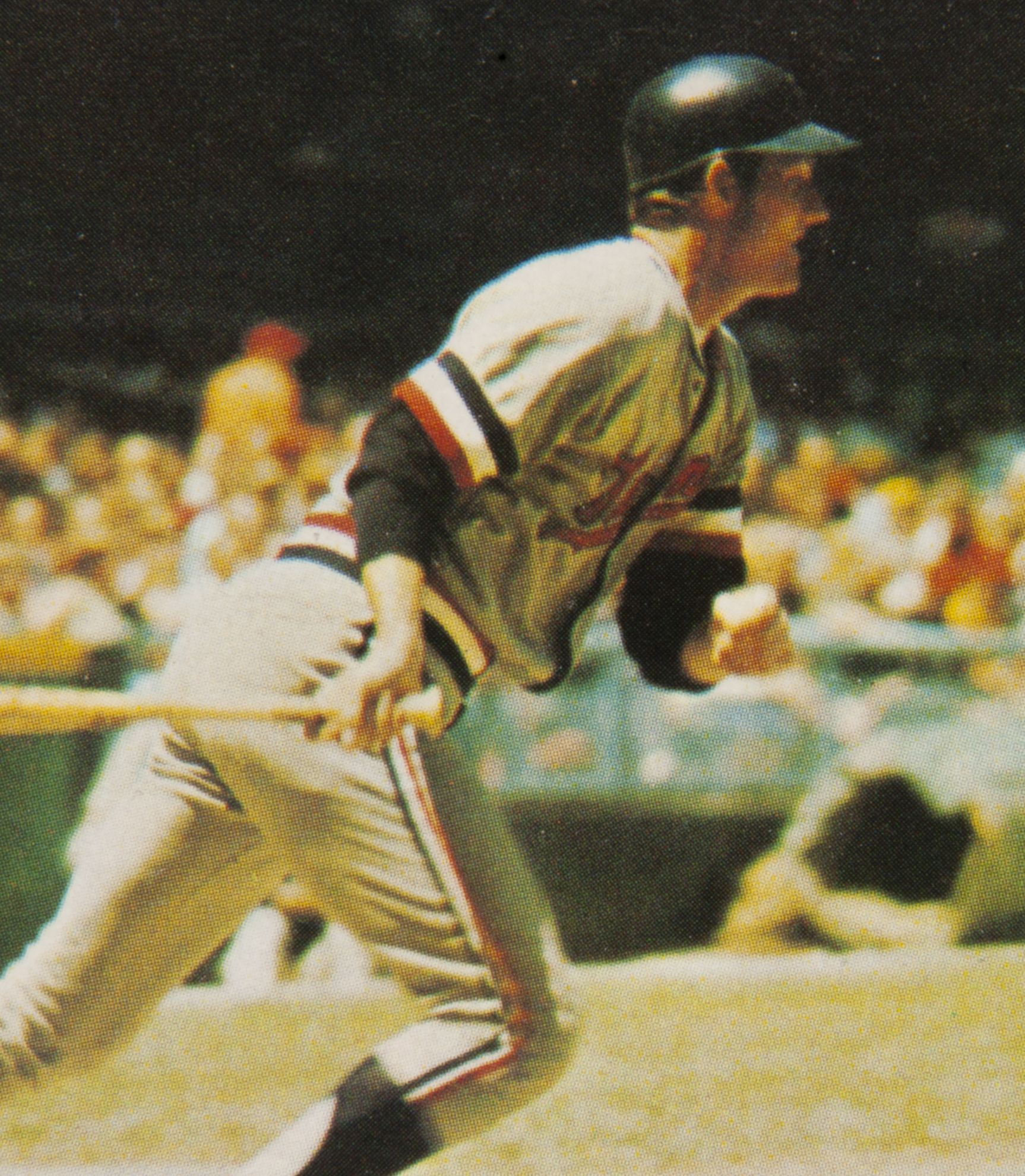