It was an exhibition match-up in name only, one that had a much greater influence on world matters than almost any other baseball game played that year.

But at the end of the day, the game itself was what mattered to the players on the field in Cuba.

Future Hall of Famer Harold Baines singled in the winning run in the top of the 11th inning as the Baltimore Orioles defeated the Cuban National team 3-2 on March 28, 1999.

With Cuban president Fidel Castro on hand along with more than 50,000 other fans at Havana’s Estadio Latinamericano, a big league team played a game on the island nation for the first time in 40 years.

“History is for others to write and for us to read.”

The game was scheduled early in 1999 after United States President Bill Clinton lightened the four-decade old trade embargo against Cuba.

The Orioles played their regular lineup and made almost none of the usual Spring Training in-game changes. 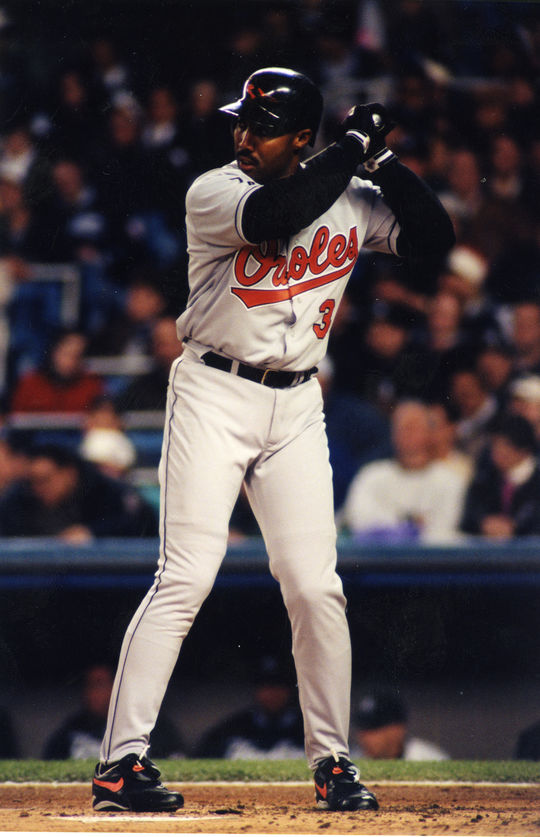 Playing for the Baltimore Orioles, Harold Baines singled in the go-ahead run in the 11th inning of a game against the Cuban National Team in Havana, Cuba, on March 28, 1999. (George Napolitano/National Baseball Hall of Fame and Museum)

Starting pitcher Scott Erickson allowed just one run over seven innings, with Mike Fetters picking up the win and Jesse Orosco the save. Baines' two-out single in the 11th inning scored Will Clark with what proved to be the winning run.

Then 27 years of age, Contreras would make his big league debut for the Yankees in 2003 and win 78 games over 11 big league seasons, including earning a World Series ring with the White Sox in 2005. 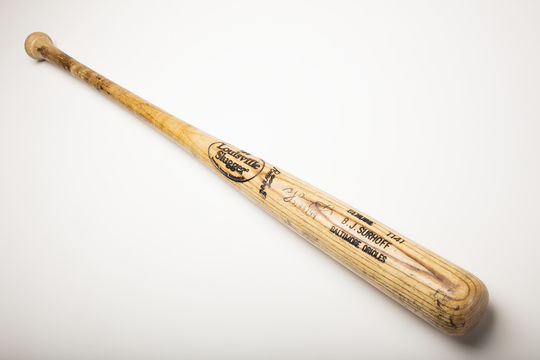 B.J. Surhoff of the Orioles used this bat, which he later donated to the Hall of Fame, to collect the first hit of the game between the Orioles and the Cuban National Team on March 28, 1999. (Milo Stewart Jr./National Baseball Hall of Fame and Museum)

“I’m not sure I see enough power,” said Orioles manager Ray Miller to the Baltimore Sun when evaluating the talent on the Cuban National team. “But I certainly see enough pitching.”

The National Baseball Hall of Fame and Museum’s collection contains several artifacts from this game, including Fetters’ cap, Erickson’s jersey, Surhoff’s bat from when he collected the first hit of the game, a Team Cuba jersey worn by coach Rodolfo Puentes, game-used baseballs and tickets. 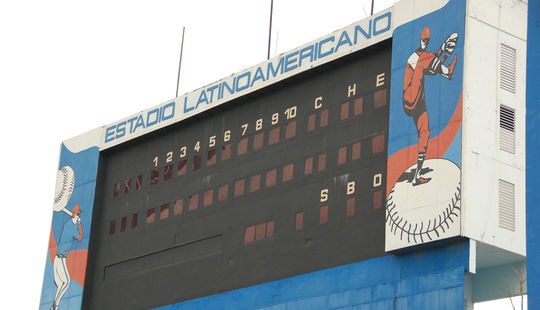 Estadio Latinamericano in Havana, Cuba, hosted a game featuring the Baltimore Orioles and the Cuban National Team on March 28, 1999. (National Baseball Hall of Fame and Museum) 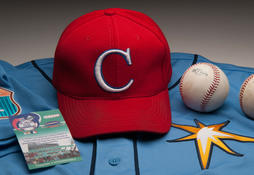 Artifacts from March 22 game arrive at Hall of Fame 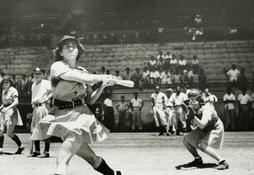 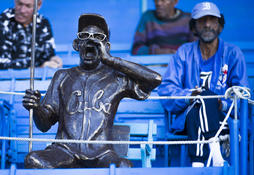 Many future Hall of Famers honed their craft on Cuban soil.