Don Drysdale would one day be known for a record number of scoreless innings. And on June 5, 1957 in Brooklyn, Drysdale notched the first of his 49 career shutouts en route to the Hall of Fame.

The 6-foot-5 Drysdale signed with the Dodgers in 1954 after Brooklyn scout John Moore suggested the team “give him the limit” of the money that was permissible to an amateur free agent. Drysdale had dominated at Van Nuys (Calif.) High School and needed only two years of minor league ball to learn his craft at the pro level.

By 1956, Drysdale was in the majors, going 5-5 as a spot starter for the National League champion Dodgers and even making an appearance in the World Series that fall as a 20 year old.

By 1957, Drysdale worked his way into Brooklyn’s rotation. On June 5, 1957, against the Cubs at Ebbets Field, Drysdale allowed just five hits and two walks, striking out nine en route to a 4-0 victory. For each of the next 12 seasons, Drysdale would record at least one shutout. 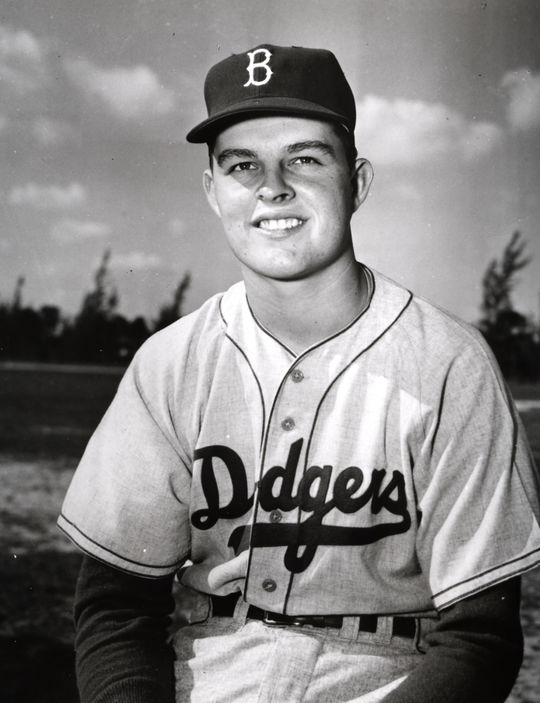 Don Drysdale debuted with the Brooklyn Dodgers in 1956 at the age of 19. A year later, Drysdale won 17 games and established himself as one of the top young starters in the National League. (National Baseball Hall of Fame and Museum)

Along with Sandy Koufax, Drysdale became the backbone of a Dodgers rotation that led the team to four National League pennants and three World Series titles from 1959-66. He led the league in shutouts in 1959 with four, going 17-13 as the Dodgers top winner and picking up a victory in the World Series, which Los Angeles won 4-games-to-2 over the White Sox.

Drysdale also led the NL in strikeouts in 1959 with 242, the first of three times the fastballing right-hander would claim that crown. 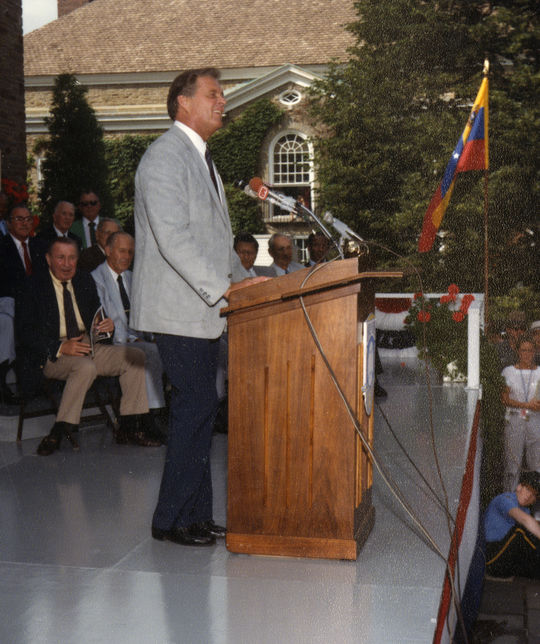 Don Drysdale gives his Hall of Fame Induction Speech on Aug. 12, 1984, in Cooperstown. (National Baseball Hall of Fame and Museum)

“Home plate is 17 inches wide,” wrote Dave Anderson of The New York Times. “But to Don Drysdale it is divided into three parts – the inside four inches, the middle nine inches and the outside four inches. To him, only the middle part belongs to the hitter.”

After Koufax retired following the 1966 season, Drysdale stepped in as the Dodgers’ unquestioned ace. In 1968 – the Year of the Pitcher – Drysdale posted a career-best eight shutouts, including six in a row. He set a new big league record with 58 2/3rds straight scoreless innings (a record since broken by Orel Hershiser). 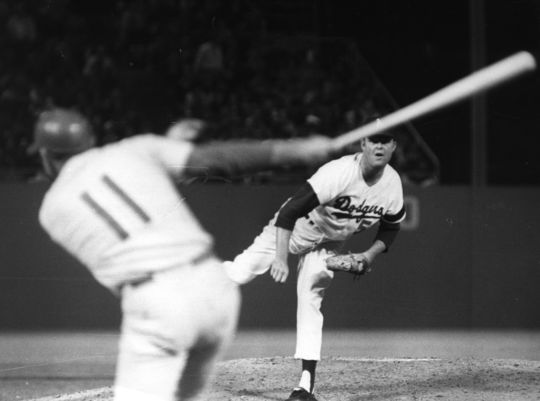 In 14 seasons with the Dodgers, Don Drysdale won 209 games, including 49 shutouts. He was elected to the Hall of Fame in 1984. (National Baseball Hall of Fame and Museum)

Drysdale retired following the 1969 season with a record of 209-166 and a 2.95 earned-run average. His sidearm fastball remains one of the most memorable deliveries of all-time, and Drysdale finished his career with 154 hit batsmen – leading the NL in that category five times.

“I’ve got one way to pitch to righties – tight,” Drysdale said.

Drysdale, who enjoyed a prominent career as a broadcaster following his playing days, was elected to the Hall of Fame in 1984. He passed away on July 3, 1993. 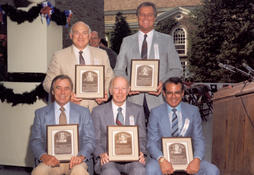 On June 4, 1968, future Hall of Famer Don Drysdale set a record with his sixth straight shutout. 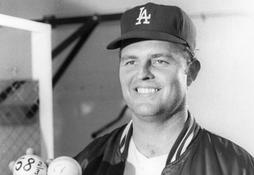 Hoop legend reflects on her Hall of Fame career as well as her husband's. 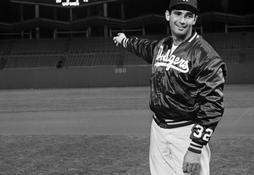