He was often overshadowed by his more famous New York Yankees teammates, but during the 1940s there were not many second basemen better than Joe Gordon.

And in 1942, there was no one better in the American League. On Nov. 3, 1942, the Baseball Writers’ Association of America affirmed that by naming Gordon the AL Most Valuable Player.

During the 1942 season, Gordon finished fourth in the American League with a .322 batting average while swatting 18 home runs, totaling 173 hits and driving in 103 runs. His all-around play overshadowed the Triple Crown season of the Red Sox’s Ted Williams, who finished second in the MVP voting.

Gordon became the everyday second basemen for the Yankees upon his arrival to the major leagues in 1938. He appeared in 126 games that season as New York won the third of four straight World Series championships by sweeping the Chicago Cubs. 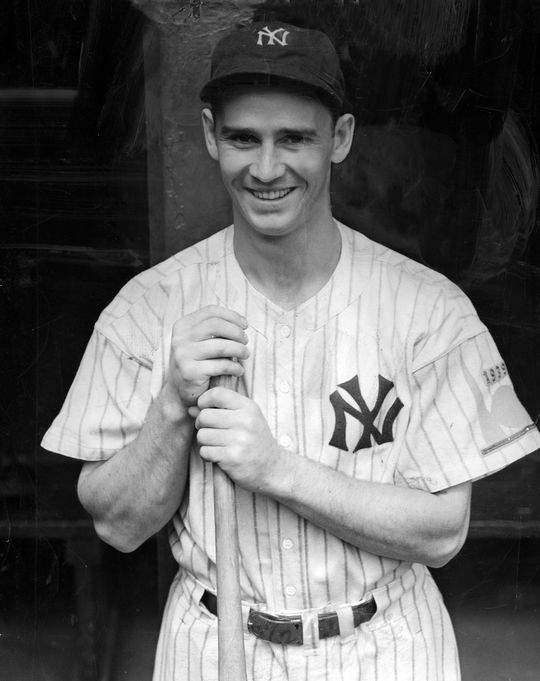 In seven seasons in New York, Gordon was a six-time All-Star and manned second base for four World Series championship teams.

“The greatest all-around ballplayer I ever saw, and I don't bar any of them, is Joe Gordon,” said Hall of Fame manager Joe McCarthy, who Gordon played for in New York.

In the 1941 World Series, Gordon collected seven hits, five RBI and a team-high seven walks as the Yankees took the series 4-1 from the Brooklyn Dodgers.

During his MVP campaign, he teamed with shortstop Phil Rizzuto to turn an American League record seven double plays in a single game on Aug. 14, 1942, against the Philadelphia Athletics.

He possessed impressive power for a second baseman and hit 246 home runs while playing the position in his 11-year career. Like many other players during the decade, Gordon’s playing days were interrupted by a two-year stint in the U.S. Army during World War II. 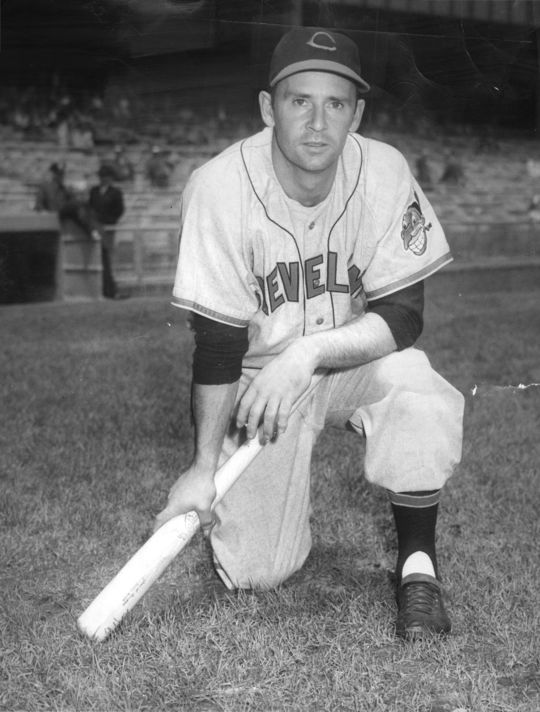 Joe Gordon was traded from the Yankees to the Indians following the 1946 season. In four years in Cleveland, Gordon was named to three All-Star Games and led the Indians to the 1948 World Series title. (National Baseball Hall of Fame and Museum)

After appearing in exactly 1,000 games and collecting a total of 1,000 hits for the Yankees, he was traded in October 1946 to the Cleveland Indians for pitcher Allie Reynolds.

Gordon remained productive in Cleveland until his retirement at age 35 in 1950, and he was named to three All-Star teams as a member of the Indians. He set career highs in home runs (32) and RBIs (124) in 1948, helping Cleveland to their second-ever World Series title that season.

He went on to manage in Cleveland, Detroit and Kansas City after his retirement, and he posted a 305-308 career record as a skipper. In 1960, he became part of the only manager-for-manager trade in baseball history as he was swapped from Cleveland to Detroit for Jimmy Dykes. 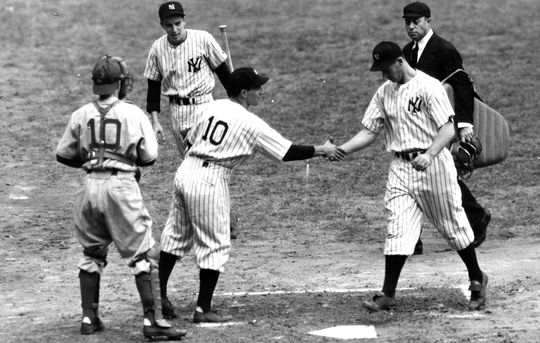 Joe Gordon of the Yankees is congratulated by teammate Phil Rizzuto (10) after hitting a home run in Game 1 of the 1941 World Series against the Dodgers. Gordon was a part of five World Series-winning teams and was named the 1942 American League Most Valuable Player. (National Baseball Hall of Fame and Museum)

Gordan was elected to the National Baseball Hall of Fame in 2009.