Legendary ABC play-by-play man Keith Jackson set the scene as Reggie Jackson stepped to the plate in the bottom of the eighth of Game 6 of the 1977 World Series.

“Reggie Jackson has seen two pitches in the strike zone tonight. Two. And he’s hit them both in the seats,” Jackson said on the night of Oct. 18, 1977.

Then, Dodgers pitcher Charlie Hough went into his windup and delivered.

“High…” Keith Jackson said as he began to describe the ball that Jackson smashed to center field.

But that was all he could manage before his broadcast partner, Howard Cosell, excitedly interrupted him. Billy Martin (left) was at the helm of the Yankees when they won the 1977 World Series. He's pictured above with Reggie Jackson. (National Baseball Hall of Fame and Museum)

“Goodbye! Oh, what a blow! What a way to top it off!” Cosell yelled as the ball bounced off the black-painted batter’s eye and into a fan’s waiting hands. “Forget about who the Most Valuable Player is in the World Series. How this man has responded to pressure.”

With that, Reggie Jackson cemented his reputation as Mr. October – and clinched Game 6 and the World Series for the New York Yankees.

Jackson’s three-homer game put an end to a season of turmoil that began when he left Baltimore for New York via free agency following the 1976 campaign. With a tumultuous clubhouse throughout the 1977 season, the Yankees thrived and Jackson hit 32 home runs and drove in 110 runs as New York won 100 games and the American League East title.

But in the American League championship series against the Royals, Jackson slumped and was eventually benched to start the deciding fifth game after recording just one hit in 14 at-bats in the first four games. 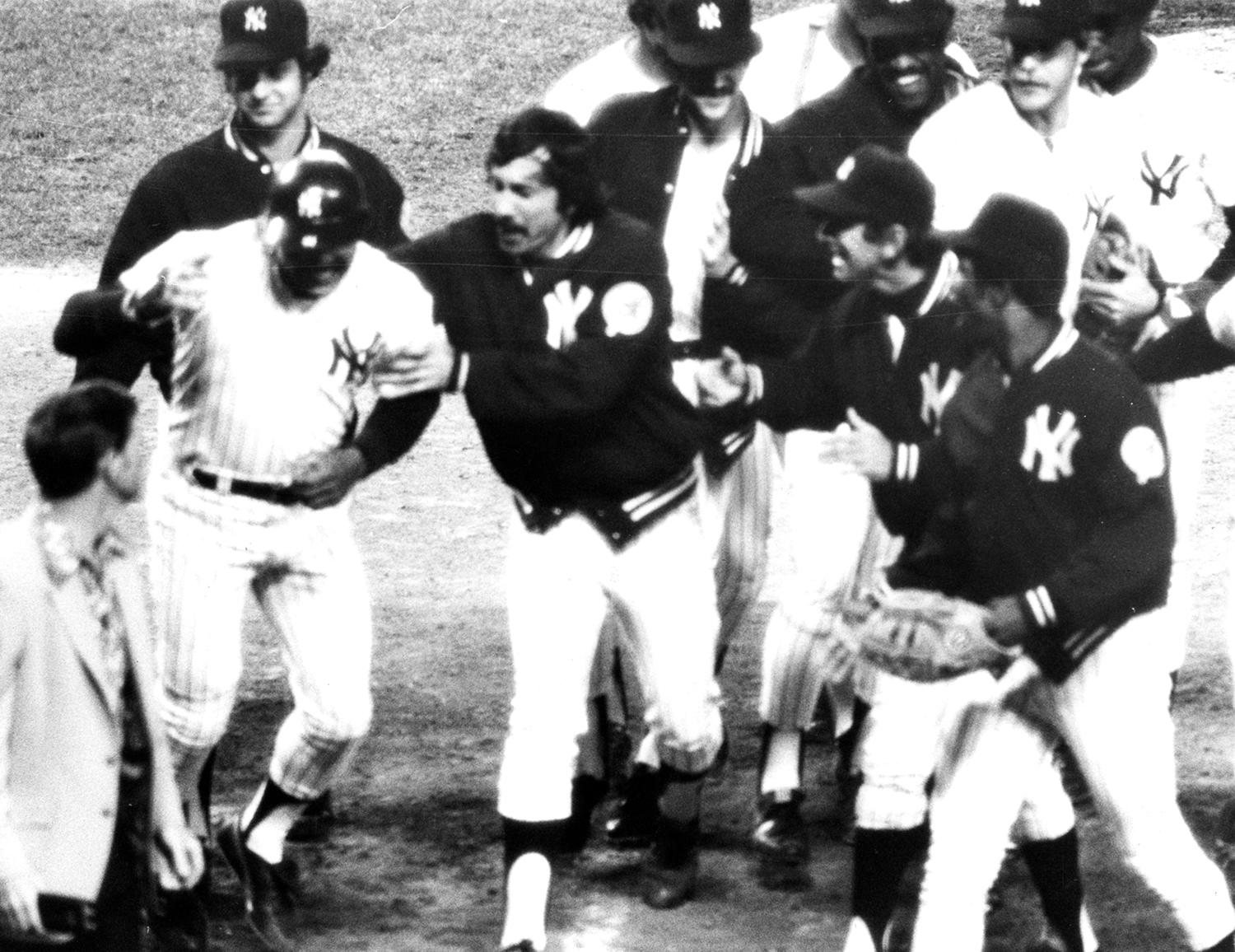 Reggie Jackson celebrates with his Yankees teammates after hitting a home run during the 1977 season. (National Baseball Hall of Fame and Museum)

In the eighth inning of Game 5, however, Yankees manager Billy Martin called on Jackson to pinch hit – and Jackson delivered a run-scoring single that cut the Royals’ lead to 3-2 and led to New York’s eventual 5-3 win.

In the World Series, Jackson hit five home runs in the final three games – driving in eight runs and finishing with a record 25 total bases. He was named World Series MVP for the second time in his career, matching his performance in the 1973 World Series with the Oakland Athletics.

“Oh, what a beam on his face,” said Cosell as Jackson crossed home plate. “Who can blame him? He’s answered the whole world!”

Jackson and the Yankees went on to win the World Series again in 1978, giving Jackson five World Series championships during his time in Oakland and New York. 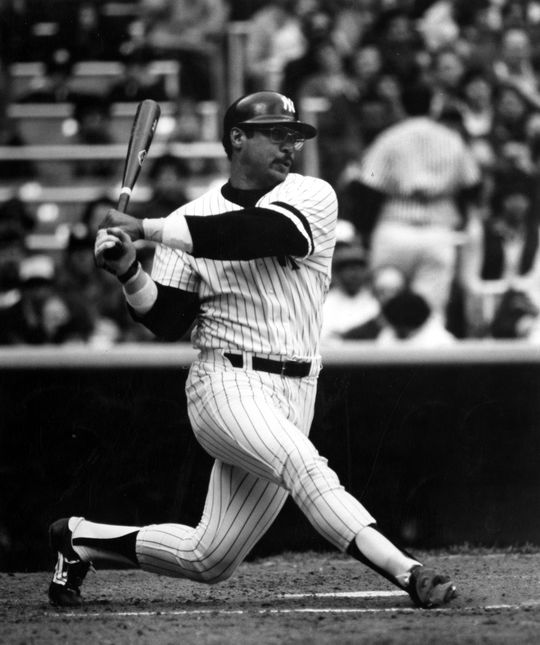 On top of being one of the most clutch hitters in baseball postseason history, Reggie Jackson totaled 563 home runs and 1,702 RBI over his career. (National Baseball Hall of Fame and Museum) 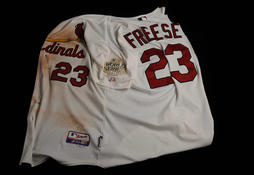 A Freese in October: David Freese’s Game 6 Jersey Among Artifacts on Hall of Fame Tour

David Freese’s Game 6 jersey is among artifacts on the Hall of Fame Tour.