Part of the HOFVISITS series
Written by: Craig Muder

The 1984 first-round pick of the Twins was traded to Cleveland on Aug. 1, 1985, in a deal that sent Bert Blyleven to Minnesota. Then on Sept. 29, 1986, Bell debuted in the big leagues for the Indians – and homered against Blyleven in his first big league at-bat.

Blyleven is now a Hall of Famer. Bell completed his journey to Cooperstown on Monday, July 11, getting a tour of the Hall of Fame while reminiscing about all of his Hall of Fame connections.

“To be able to (tour the Museum) and handle a Stan Musial bat or see a Greg Maddux jersey, that’s a big deal,” said Bell, who visited the Hall of Fame with his son Brantley. “These guys were great players, and I’m still a huge fan.”

Bell graduated from Gonzalez Tate High School in Pensacola, Fla. – the same high school that produced Hall of Famer Don Sutton – and debuted in the big leagues at age 20. He spent the next three seasons getting his footing with the Indians before being traded to the Pirates on March 25, 1989.

By 1990, Bell was the starting shortstop for a Pittsburgh team that went on to win three straight National League East titles.

“I always felt my job as a player was to help make other guys better,” said Bell, who led the majors in sacrifice bunts in 1990 and 1991 while establishing a reputation as one of the game’s most fundamentally sound players. “Barry Bonds, Bobby Bonilla and Andy Van Slyke were the stars on that Pirates team. Doug Drabek, John Smiley and Zane Smith were the star pitchers. Just to play with those guys was incredible.”

“To play with Steve Carlton and Phil Niekro (on the Indians) was a huge thrill. To face Bert Blyleven was a huge thrill. I remember in 1988, we went into Kansas City and George Brett, who I tried to emulate growing up, came over to me and says: ‘Jay, do you still have that pretty swing?’ I said: ‘You’re George Brett, you shouldn’t be talking to me that way.’”

Bell first came to Cooperstown in 2000 as a member of the Diamondbacks, who were playing the Indians in that year’s Hall of Fame Game.

But on this trip, Bell was afforded more time to soak in the history and share it with his family, including his son Brantley – a former Cincinnati Reds farmhand who is now a Frontier League All-Star with the Tri-City ValleyCats just up the road from Cooperstown in Troy, N.Y.

“To be this age when I can appreciate (a visit to Cooperstown) means so much, and to be able to share it with Brantley is fantastic,” Bell said. “Brantley and my other son Brock are just as passionate about the game as I am. It’s extremely special.”

Bell played 18 years in the big leagues from 1986-2003, earning a World Series ring with the Diamondbacks in 2001 along with two All-Star Game selections and a 1993 Gold Glove Award at shortstop.

The pitcher he faced the most in the big leagues? It’s another Hall of Famer: Tom Glavine, against whom Bell hit .311 over 95 plate appearances.

“To look over there at (photos of the Class of 2020) and see Larry Walker, who I played against, and Derek Jeter, who I faced in the World Series, is pretty special,” Bell said.

“Just to be a part of the baseball community, with so few people who have actually played in the major leagues, it’s something that you recognize was a privilege.” 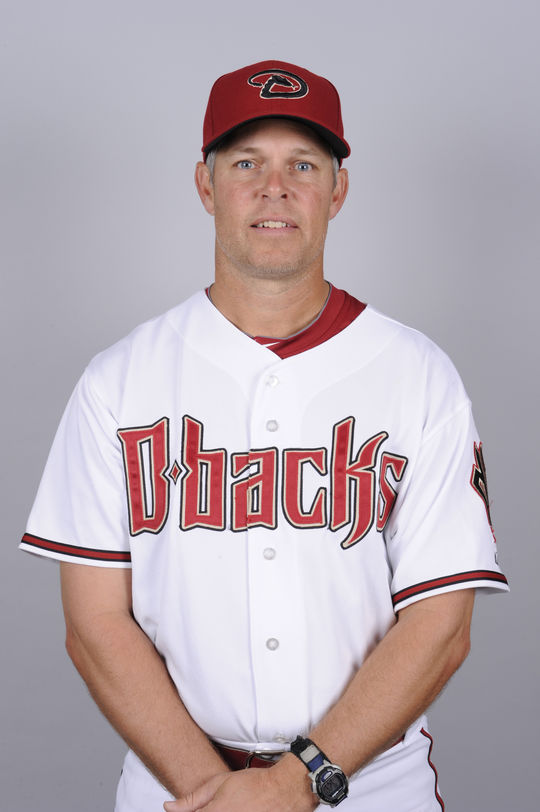 Jay Bell won the World Series in 2001 as a member of the Arizona Diamondbacks. (National Baseball Hall of Fame and Museum) 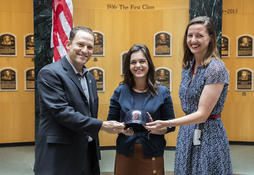 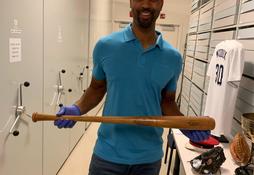 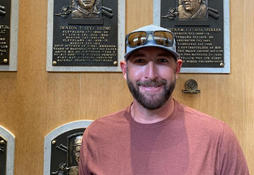 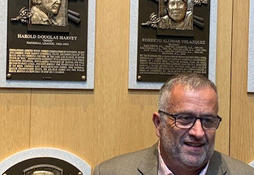 Veteran umpire penned "The Umpire is Out: Calling the Game and Living My True Self".