“My mother used to worry about my imaginary friends ‘cause I would be out in the yard playing ball,” Don Sutton said in his Hall of Fame induction speech in 1998. “She worried because she didn’t know a Mickey, or a Whitey, or a Yogi, or a Moose, or an Elston, but I played with them every day.”

Not only would Sutton get to join many of his childhood “friends” in the major leagues, Sutton rose to their status in his 23-year career, doubtlessly becoming a player in many children’s fantasy backyard games.

During a remarkably consistent career, Sutton went 324-256 and struck out 3,574 batters. He began his career as a member of the Dodgers’ rotation with fellow Hall of Famers Sandy Koufax and Don Drysdale, helping Los Angeles win the NL pennant in his rookie season. In 16 seasons with the Dodgers, Sutton pitched on five pennant winners.

Sutton was the picture of consistency. He won at least 11 games and had 100 strikeouts in 21 seasons. His best season may have been in 1972 when he went 19-9 and threw nine shutouts. He led the NL with a 0.913 WHIP and was named to the All-Star Game, the first of four times he would earn All-Star honors.

That season was the beginning of a strong five-year stretch for Sutton. He won 93 games, posted a 2.73 ERA and finished in the Top 5 of the NL Cy Young voting in each season.

He became a celebrity in Los Angeles in the mid-1970s, making several appearances as a panelist on Match Game on CBS-TV.

Later in his career, Sutton left the Dodgers and pitched for the Astros, Brewers, Athletics and Angels. He won his 300th game on June 18, 1986, with California, at the age of 41. After winning 11 games with the Angels in 1987, Sutton returned to the Dodgers in 1988, making 16 starts for a team that eventually won the World Series.

Sutton was known for his durability, never missing his turn in the rotation over 756 starts – third-most all-time behind only Cy Young and Nolan Ryan. He credited his work ethic to watching his father, who was a sharecropper in Florida.

"Other kids my age were playing for fun,” Sutton told Sports Illustrated in 1982. “I was playing to get to the big leagues.” 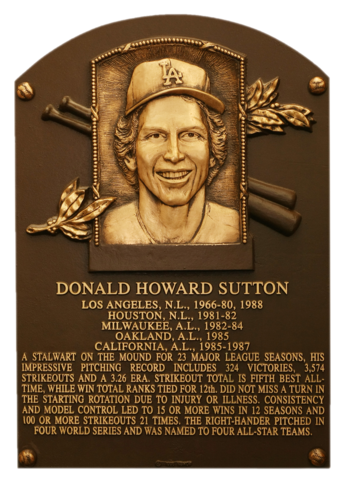 that Don Sutton recorded 209 strikeouts during his rookie season of 1966, the most by a National League rookie since Grover Cleveland Alexander's 227 in 1911?

"When you gave him the ball, you knew one thing: Your pitcher was going to give you everything he had. "
Tommy Lasorda 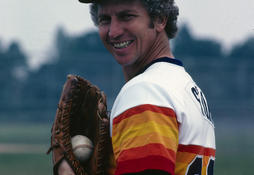 After establishing himself as the winningest pitcher in Dodgers' franchise history, Don Sutton signed with the Astros in Dec. 1980. 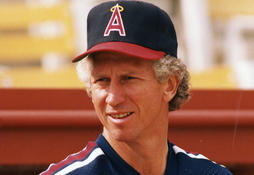 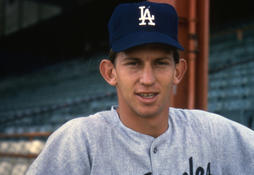 Over a remarkable 23-year career, Don Sutton won 324 games and never missed a turn in the rotation.
Explore more Inductees