Ray Dandridge never had the chance to play in the American or National leagues. But the record shows he was clearly one of the greatest third basemen of all time.

Born in Richmond, Va., in 1913, Dandridge was signed off a Buffalo, N.Y., sandlot in 1933 by the Detroit Stars of the Negro National League at the age of 19. He was a contact hitter who could hit to all fields, and a fancy fielder at third base who could also play shortstop, second base, and the outfield.

Dandridge quickly moved to Newark, N.J., where he played for both the Dodgers and the Eagles. He also played for the New York Cubans and spent off seasons playing and managing in Cuba, Mexico, Puerto Rico, and Venezuela. Former player Lenny Pearson recalled that as a manager, “He wanted perfection. Complete perfection. That’s the way he played baseball.”

In 1949, Dandridge joined the Minneapolis Millers of the American Association, a farm club for the major league New York Giants. Though he was 35 years old – and told the Giants that he was considerably younger – he was selected as the league’s Rookie of the Year. In 99 games for the Millers that year, he hit .362, with 144 hits including 33 extra base hits and 64 runs batted in. The following season he was named league MVP after leading the Millers to the championship, hitting .311 with 195 hits, 80 RBI and 106 runs scored. Such numbers presumably would have earned a player a promotion to the Giants, but his advanced age may have worked against him.

In 1951, the aging Dandridge briefly mentored 20-year-old teammate Willie Mays, who spent just 35 games at the highest level of the Giants' organization before moving up. Dandridge and Mays sought relief from the summer heat at a cool movie theater one afternoon, and the usher came and told Mays his manager wanted him back at the hotel: The call to the big leagues had come.

Dandridge, who hit .324 that season, his third straight in the high minors, was not included in the call-up.

“Dandridge didn’t get the chance to play in the majors, but he had major league talent. He was a superstar,” said Hall of Famer Monte Irvin. 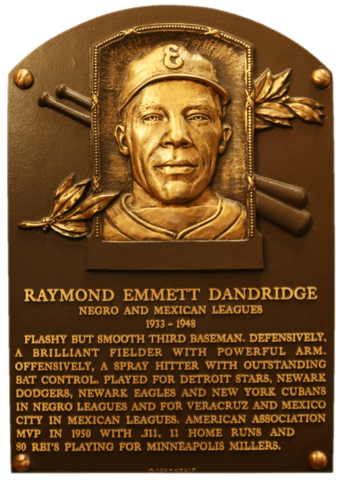 that at the age of 35, Minneapolis' Ray Dandridge batted an astounding .362 and led all American Association third basemen with a stellar .981 fielding percentage?