Class of 2022
Enlarge Plaque
Ortiz slugged his way into history as one of the greatest designated hitters the game has known.

Ortiz slugged his way into history as one of the greatest designated hitters the game has known.

When David Ortiz arrived in Boston following the 2002 season, the Red Sox had gone 84 seasons without a World Series title.

By the time Ortiz retired after 14 years with the Red Sox, Boston had three championships. And Ortiz was a major storyline in each one of them, slugging his way into history as one of the greatest designated hitters the game has known.

Born Nov. 18, 1975, in Santo Domingo, Dominican Republic, Ortiz worked hard to attract notice among scouts searching the fertile Caribbean nation for talent. He signed with the Seattle Mariners days after his 17th birthday, and the player then known as David Arias slowly ascended the minor league ranks – stamping himself as a prospect in 1996 after hitting .322 with 18 homers and 93 RBI in Class A.

The Mariners traded Ortiz to the Twins in September of 1996, and he debuted in the big leagues on Sept. 2, 1997. Five seasons of stops-and-starts followed for Ortiz in Minnesota as he battled injuries while looking for consistency. The Twins released Ortiz following the 2002 campaign but he quickly signed on with Boston on a low-risk one-year, $1.25 million deal.

It would be a decision that would change the course of Red Sox history.

After a slow start, Ortiz earned regular playing time starting in June and finished the season with 31 homers and 101 RBI in 128 games. His solo homer in the eighth inning of Game 7 of the ALCS vs. the Yankees gave Boston a 5-2 lead, but New York rallied to win the game in the 11th.

In 2004, however, Ortiz would almost single-handedly power the Red Sox to their elusive title. Down 3-games-to-none against the Yankees in the ALCS, the Red Sox rallied to tie the game in the bottom of the ninth against Mariano Rivera. And in the 12th, Ortiz’s home run gave Boston the win. He would record a walk-off single in Game 5, setting the stage for the Red Sox' ultimate comeback and earning the ALCS Most Valuable Player Award.

In the World Series against the Cardinals, Ortiz hit .308 in Boston’s four-game sweep, ending 86 years of frustration for the Red Sox and their fans.

Ortiz was named to his first All-Star Game in 2004 and won his first Silver Slugger Award that year as well, finishing with 41 homers, 139 RBI and a .301 batting average. He led the big leagues with 148 RBI in 2005 as he finished a career-best second in the AL MVP voting, then set a new franchise record with 54 homers in 2006.

Ortiz led the Red Sox to another World Series title in 2007 and continued to be a productive hitter into his 30s. In 2013, he added another memorable moment to his legend when his grand slam in the bottom of the eighth of Game 2 of the ALCS vs. the Tigers – who were leading the series 1-0 – turned a 5-1 Detroit lead into a tie game that Boston eventually rallied to win.

After the Red Sox dispatched the Tigers in six games, Ortiz went 11-for-16 with eight walks in the World Series – earning MVP honors as Boston again defeated the Cardinals. 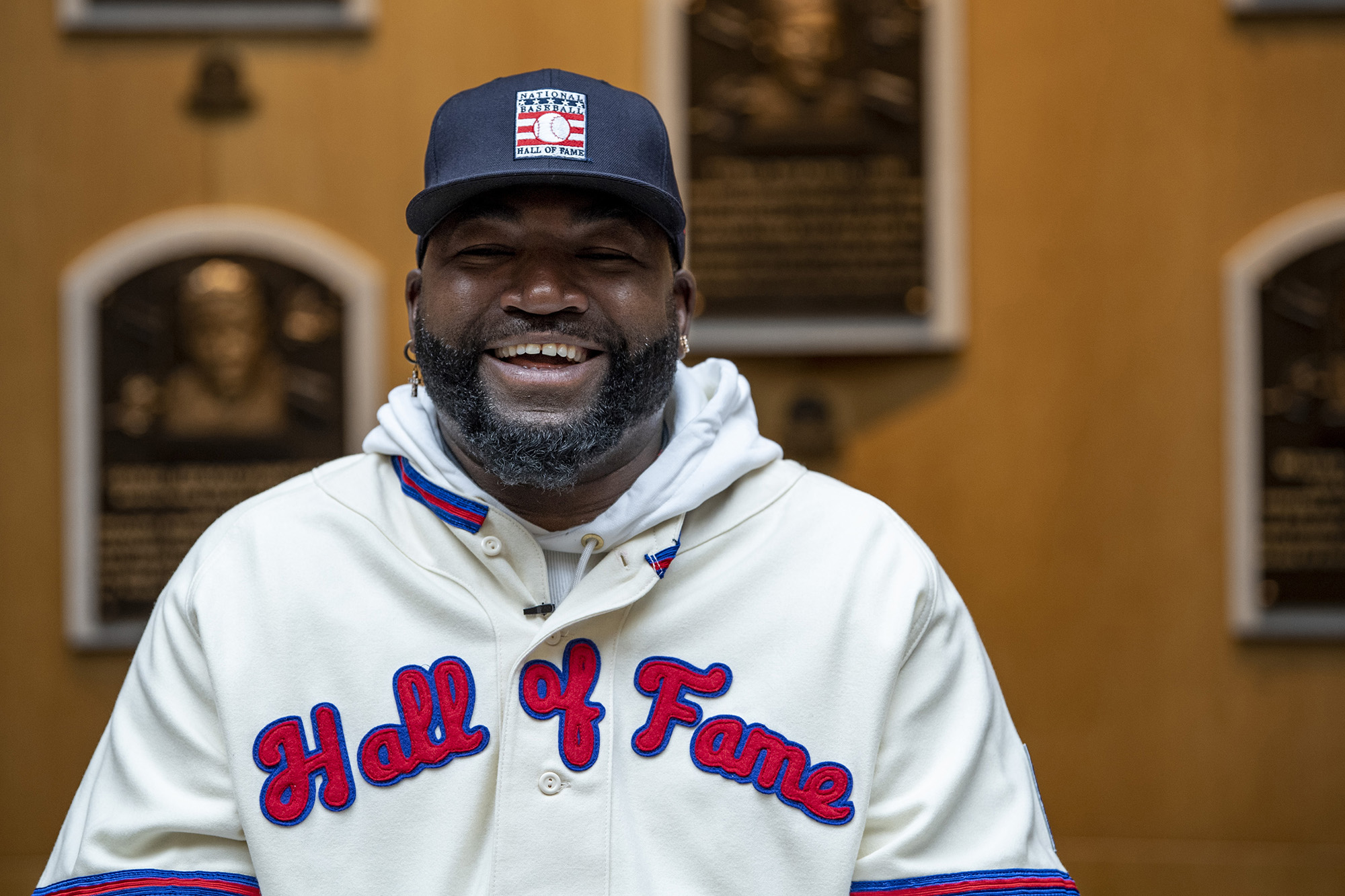