The path was never easy for Edgar Martinez, and no part of his career seemed to arrive on schedule.

But in the end, it was all there: Eighteen years in the big leagues, historic numbers at the plate – and a plaque in Cooperstown.

Born Jan. 2, 1963, in New York City, and raised in Dorado, Puerto Rico, Martinez fell in love with baseball at an early age and learned the game with his cousin, future big leaguer Carmelo Martínez.

While in college in 1982, Martinez attended a tryout camp run by Marty Martinez, who thought Edgar might develop into a decent big league infielder. He offered Edgar $4,000 to sign with the Mariners – and Carmelo Martínez convinced Edgar to take the money and the chance.

The next season, Martinez began a seven-season trek through the minor leagues, interrupted by yearly call-ups to the big leagues starting in 1987. Finally, in 1990, Martinez unseated veteran Jim Presley and became Seattle’s third baseman.

He hit .302 and .307 in his first two full seasons, then led the American League with 46 doubles and a .343 batting average in 1992. But in an exhibition game prior to the 1993 season, Martinez tore a muscle above his left knee. He would appear in only 42 games that year.

The following season, Martinez began the transition to his ultimate role: Designated hitter. By 1995, he was a full-time DH.

That year, at the age of 32, Martinez became an overnight sensation when he helped lead the Mariners to their first division title. He hit an AL-best .356, leading the league in runs scored (121), doubles (52) and on-base percentage (.479). And in the deciding Game 5 of Division Series against the Yankees, Martinez's two-run, 11th-inning double scored Joey Cora and Ken Griffey Jr. to send Seattle to the American League Championship Series for the first time in franchise history.

For many, it was the moment when the Pacific Northwest began a love affair with the Mariners that burns bright to this day.

Now firmly entrenched as one of the game’s most respected hitters, Martinez piled up accolades as he aged. He led the AL in RBI in 2000 with 145, powered the Mariners to 116 wins the following year and was named the winner of the Outstanding Designated Hitter Award five times in a seven-year period. In 2004, that award was renamed the Edgar Martinez Award.

“He’s going to beat you,” said former Mariners teammate Mike Cameron. “No matter how tough a pitcher you are, he’s going to battle you.”

Martinez accomplished it all while dealing with a condition called strabismus, which caused his right eye to wander, limiting his depth perception.

Then in 2002, Martinez missed about half the season following a hamstring injury suffered in April. He returned to action in June, but never regained his full footspeed.

“When they removed the tendon (following the injury), it left me with only two muscles in my left leg,” Martinez said. “And I don’t know if that supports it enough to go full speed.”

In 2004, Martinez hit just .263 and struck out more than 100 times for the only time in his career. He announced on Aug. 9 that he would retire at the end of the season.

Bill Bavasi, the general manager of the Mariners’ AL West rival Angels from 1994-99, called his years there “…a victim of Edgar, the greatest right-handed hitter of his generation.”

Martinez finished his career as one of only six players in history with at least 300 homers, 500 doubles, a career batting average at least .300, a career OBP of at least .400 and a career slugging percentage of at least .500.

Martinez was elected to the Hall of Fame in 2019. 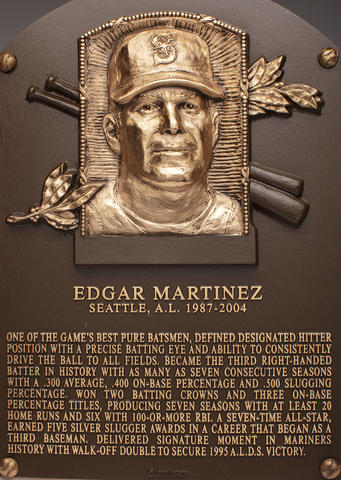 That when he retired, Edgar Martinez was one of only six players in big league history who had at least a .300 batting average, .400 on-base percentage, .500 slugging percentage, 500 doubles and 300 home runs. 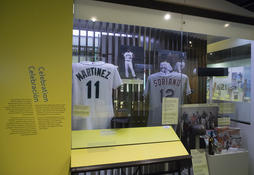 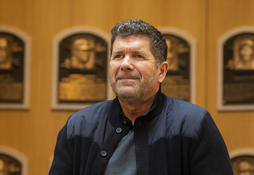 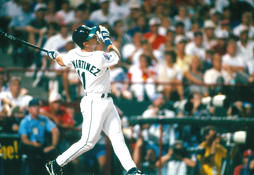 Edgar Martinez made history on June 26, 2003 when he became the Mariners' all-time RBI leader. 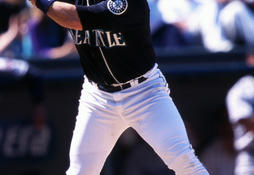 On Sept. 15, 1990, Edgar Martinez made his first start at designated hitter – a position he would redefine over the next 15 years of his career.
Explore more Inductees