Johnny Mize entered major league baseball in 1936, and soon took on the nickname “The Big Cat” because of the poise in his stance when he was at bat and his ease in the field.

“Did you ever see a pitcher knock him down at the plate?” Mize’s Cardinals teammate Stan Musial said. “Remember how he reacted when brushed back? He’d just lean back and on his left foot, bend his body back and let the pitch go by. Then he’d lean back into the batter’s box and resume his stance, as graceful as a big cat.”

The left-handed batter was the runner-up for the NL Most Valuable Player Award in both 1939 and 1940 before being traded to the Giants following the 1941 season.

After a leave of absence to defend his country in World War II and a broken toe that limited him to 101 games in 1946, Mize came back in a big way in 1947. He launched 51 long balls and tied Ralph Kiner of the Pirates for the league lead. Mize also led the NL in RBI and runs scored, and became the first player to strike out less than 50 times in a season while hitting more than 50 home runs. No player has matched that since.

He again tied Kiner for the home run title the following year, this time with 40 homers.

Mize joined the Yankees in 1949, winning five consecutive World Series titles with his new team as a valuable bench player. In the 1952 Fall Classic against the Brooklyn Dodgers, Mize hit three home runs. 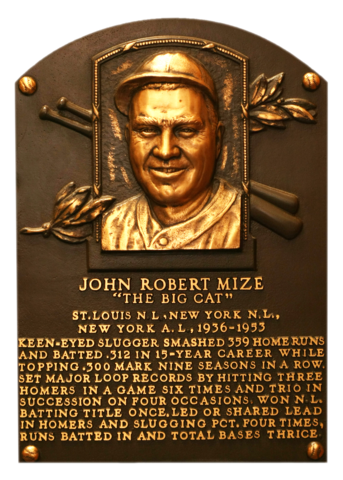 that in 1947 Johnny Mize became the only player in Major League history to hit 50 or more home runs in a season while striking out fewer than 50 times?

"Taking a pitch, Mize actually followed the ball with his eyes right into the catcher's mitt, and he maintained he could see the bat hit the ball. "
sportswriter Tom Meany 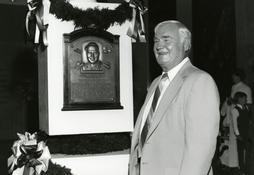 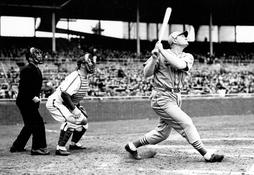 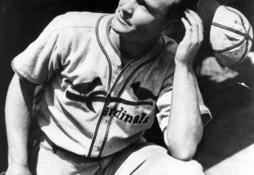