“Fox is what you’d call a manager’s ballplayer. He does his job expertly and he does it every day. He’s the type of player you can count on. He’s an old pro. A great many times, he is hurting pretty badly from the dumpings he’s taken on the field, but he’s always ready to play.” – Al Lopez

Jacob Nelson Fox, or Nellie as he would come to be known, was born in St. Thomas, Pa., on Christmas Day in 1927. Less than 20 years later, he would make his debut in the Major Leagues at the ripe age of 19 for the Philadelphia Athletics. Trade winds carried him to the Chicago White Sox after the 1949 season, and here truly begins the story of Nellie Fox.

In 1951, after his debut season for the Sox in which he hit only .247, Nellie began an 11-season stretch of All-Star selections, playing in a total of 1,691 games. This period also included a 798 consecutive game streak, the 11th longest of its kind in major league history. Over these years, Fox batted .299 and had 561 walks while striking out only 146 times. This would come to be one of Nellie’s defining traits: A refusal to give in at the plate.

Fox ranks as one of the toughest outs in Major League Baseball history, recording only 216 strikeouts in more than 10,000 plate appearances. In addition to his eye at the plate, Nellie was also one of the best defenders to ever play second base.

Fox had arguably the best year of his career in 1959, a season in which he hit .306 and captured the American League MVP award, narrowly edging out his double play partner, Luis Aparicio. This would be the only year Fox tasted the postseason and while the White Sox would lose to the Los Angeles Dodgers in the World Series, Nellie rose to the occasion – leading the Sox with a .375 batting average. 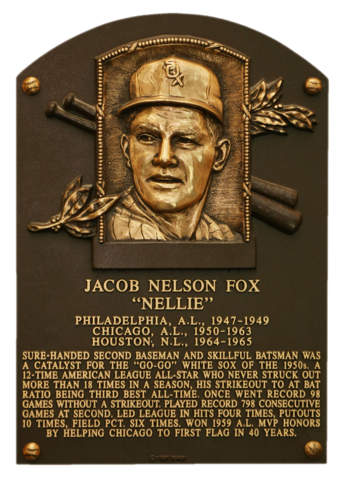 that Nellie Fox holds the record for most consecutive years leading the league in singles (seven, 1954-60)?

"I've never seen anybody who wanted to play more than Fox did. In Spring Training, you had to run him off the field to get him to rest, and I mean literally run him off. "
Paul Richards 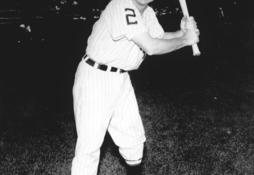 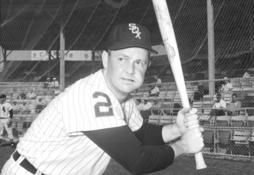