William H. “Wee Willie” Keeler was one of the smallest players ever in major league baseball at 5-foot-4, 140 pounds. But he had one of the biggest bats in the game, both figuratively and literally, weighing up to 46 ounces.

His motto was, “Keep your eye on the ball and hit ‘em where they ain’t,” and it certainly worked for the third baseman-turned-outfielder. Keeler had 13 straight seasons in which he batted over .300 and he reached the mark in 16 of the 19 years he played. He had a lifetime average of .345 and for seven straight seasons he also had an on-base percentage that was above .400.

In 1894, he batted .371, scoring 165 runs and notching 94 RBI. He also hit 22 triples that year – his first with the Orioles. It was the same season in which he began his streak of eight consecutive years with 200-or-more hits, a record that held for more than 100 years.

Keeler was the leadoff man for nine seasons in Baltimore and Brooklyn, winning five pennants over that span and seeing his team take second place in the race three times. During those nine years, he averaged 212 hits and 134 runs per season. He hit .373 during those years.

His best season came in 1897 when he batted .424, which is the highest average for a left-handed hitter in baseball history. He led the National League with 239 hits in only 129 games. Keeler also started the season with a 44-game hitting streak, beating the previous record of 42. His new mark stood for 44 years before being broken by Joe DiMaggio.

Keeler was known to handle the bat very well, placing hits wherever he wanted and dropping perfect bunts on a whim. He was also smart on the base paths and had some speed to go with it, totaling 495 career stolen bases. Of his 33 career long balls, 30 of them were inside-the-park home runs. 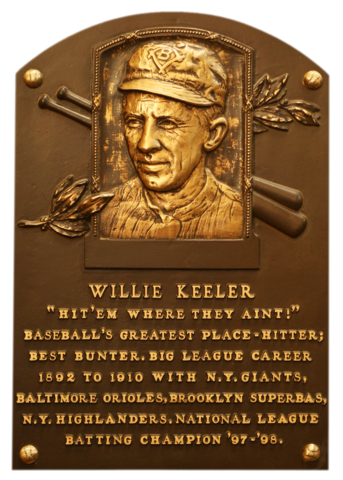 that Willie Keeler used one of the shortest yet heaviest bats in Major League history, just 30 inches long but weighing 46 ounces?

"Hit ‘em where they ain’t, he used to say. And could he ever! He choked up on the bat so far he only used about half of it, and then he’d just peck at the ball. Just a little snap swing and he’d punch the ball over the infield. You couldn’t strike him out. He’s always hit the ball somewhere. "
Sam Crawford 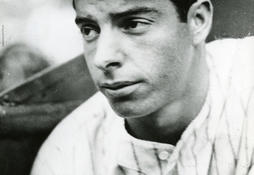