“When you see an easy thrower like him, you get lulled into believing that the ball is coming up there easy. It’s not. It’s coming up there hard and doing all kinds of things.” – Dave Chalk

Though UCLA offered him a basketball scholarship, Jim Palmer chose instead to sign with the Orioles in 1963. Palmer made his major league debut age 19 in 1965 and hit a home run in his first career win a month later.

The following season, Palmer became the youngest pitcher in major league history to throw a complete game shutout in the World Series, beating Dodgers left-hander Sandy Koufax 6-0 in Game 2 in a series the Orioles would go on to sweep for the first World Series victory in franchise history.

Palmer was one of baseball’s premier pitchers in the 1970s, throwing more innings and recording more wins than any other American League pitcher during that decade. Palmer, who spent his entire 19-year career with the Orioles, was a three-time AL Cy Young Award winner and finished in the Top 5 in the Cy Young voting eight times.

Palmer was the runner up to Reggie Jackson for AL MVP in 1973, when he led a starting rotation that included Mike Cuellar, Dave McNally and Doyle Alexander. Two years earlier, Palmer had been one of four Orioles pitchers – along with Cuellar, McNally and Pat Dobson – to win 20 games, becoming just the second quartet in big league history to reach that mark.

A six-time All-Star Game selection whose four starting assignments in the Midsummer Classic rank second all-time, Palmer was an excellent postseason pitcher who worked in six World Series and won three rings, going 8-3 with a 2.61 ERA in 17 postseason games between the World Series and the ALCS. When Palmer earned the win in Game 3 of the 1983 World Series against the Phillies, he became the first pitcher in major league history to win a World Series game in three different decades. He also threw a no-hitter against Oakland in 1969 and, remarkably, never surrendered a grand slam in his entire career.

Palmer finished his career with a record of 268-152 with a 2.86 ERA and 2,212 strikeouts. An eight-time 20-game winner, Palmer led his league in innings pitched four times, wins three times and ERA twice.

Palmer was elected to the Hall of Fame in 1990. 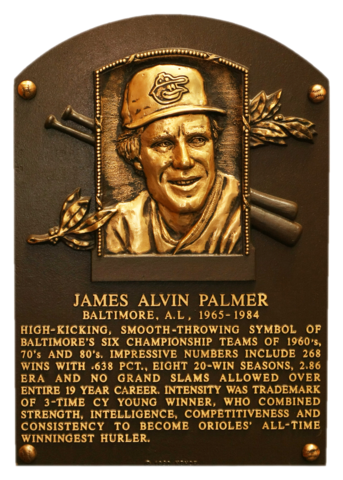 that Jim Palmer is the only pitcher to win World Series games in three decades, as he earned victories for the Orioles in the 1966, '70, '71 and '83 Fall Classics?

"Jim knows how to rise to the occasion, plus Jim Palmer will be in the Hall of Fame, and it's hard to go wrong when you pitch a Hall of Famer. "
Earl Weaver 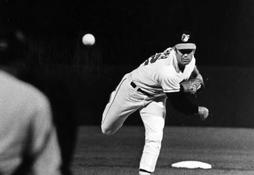 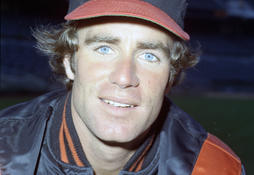 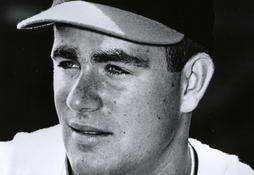 On Sept. 26, 1971, Jim Palmer's victory over the Indians gave his Orioles four 20-game winners for the season. 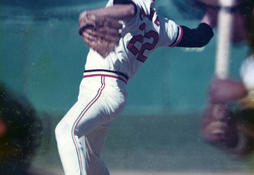