Cristóbal Torriente was a powerful, stocky centerfielder who possessed all of the traditional five tools: Hitting for average and power, fielding, throwing, and running.

He joined The Chicago American Giants in 1919, helping the team capture the first three Negro National League pennants in 1920-22. He won the league batting title in 1920 with a .411 average.

In 1920, Torriente firmly established himself as one of the legendary figures of Cuban baseball The New York Giants, whose roster temporarily included Babe Ruth, visited Torriente’s native Cuba for a nine-game series vs. Almendares –Torriente’s team. Torriente outhit and out-homered Ruth in the series and the home team won the series by one game.

Torriente joined the Kansas City Monarchs in 1926, then spent the next two seasons with the Detroit Stars. He wound up his American career in the early 1930s with Gilkerson’s Union Giants, the Atlanta Black Crackers and the Louisville Black Caps.

Like many players, Torriente had a parallel career in the Cuban Winter league. In 13 seasons in his homeland, he hit better than .300 11 times and won two batting titles. His teams won six Cuban championships in those 13 seasons.

Torriente was also was an occasional pitcher in the Negro National League, compiling a career record of 13-7. 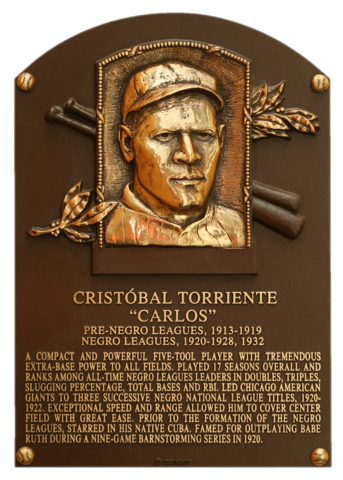 that Cristóbal Torriente was a member of the inaugural Cuban Hall of Fame class in 1939?

"We have never given Torriente the credit he deserved. He did everything well, he fielded like a natural, threw in perfect form, he covered as much field as could be covered; as for batting, he left being good to being something extraordinary. "
Martín Dihigo 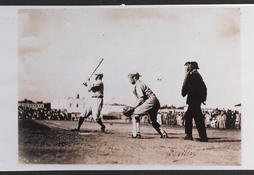 He was as iconic as he was unforgettable. He was Cristóbal Torriente.