Robin Yount left everything on the field during his 20-year big league career with the Milwaukee Brewers.

In fact, Yount left it all over the field – winning the American League Most Valuable Player Award at two positions and establishing himself as one of the most versatile players in history.

Drafted by the Brewers with the third overall pick in the 1973 MLB Draft, Yount made his debut for Milwaukee at the age of 18 on Opening Day in 1974 as the Brewers’ starting shortstop. With almost two full seasons as a regular before he turned 20, set new big league record with his 242nd game as a teenager on Sept. 14, 1975, breaking Mel Ott's longstanding mark.

In 1982, Yount led the big leagues with 210 hits and 46 doubles for a MLB-best .578 slugging percentage, won a Gold Glove Award at shortstop and also led the Brewers to their first pennant. Milwaukee lost the 1982 World Series in seven games to the St. Louis Cardinals, but Yount hit a blistering .414 with a home run, six runs scored and six RBI.

Yount was a near-unanimous pick for AL MVP in 1982, becoming the fourth AL shortstop to win the MVP Award.

A shoulder injury short-circuited Yount’s career at shortstop and forced him to move to the outfield in 1985. He proved a quick study, and in 1989 Yount won his second MVP award – at the time only the third player to win MVPs at two different positions. That season, Yount hit .318 with 21 home runs and 103 RBI.

The durable Yount averaged better than 142 games per season over 20 years, and his career totals continued to mount into his 30s. In the seventh inning of the Brewers’ Sept. 9, 1992 game against the Indians, Yount singled for his 3,000th hit, becoming the 17th player – and the third-youngest – to achieve that mark. 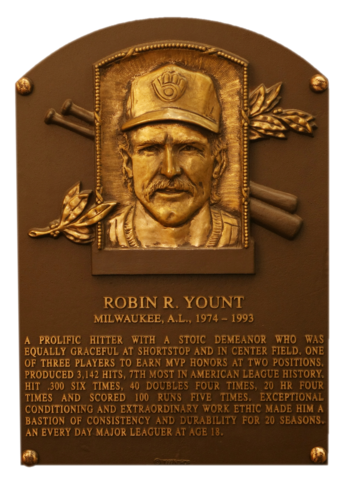 that Robin Yount is the only player to have twice garnered four hits in a World Series game, turning the trick on Oct. 12 and Oct. 17, 1982?

"He could do everything. He never stopped hustling. He was what a ballplayer is supposed to be. "
Bob Uecker 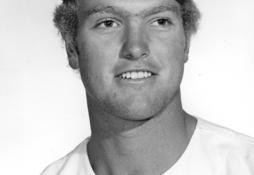 Larry Yount, King of the One Game Wonders

Larry Yount may be one of many members of the single-game club, but his unique story sets him apart. 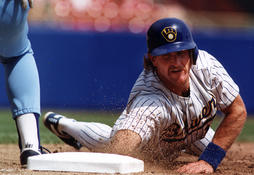 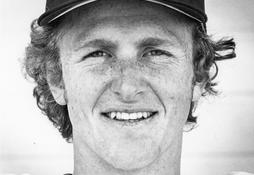 Yount’s early success at the big league level was similar to that of Hall of Famer Mel Ott.
Explore more Inductees