Boxing legend Muhammad Ali once called Hank Aaron “The only man I idolize more than myself. ”

For many, Aaron was everything an athlete – and a human being – should be.

Aaron grew up in humble surroundings in Mobile, Ala. He passed through the sandlots with brief stops in the Negro Leagues and the minor leagues before he settled in with the Braves, where he ultimately became one of baseball’s most iconic figures.

He was a consistent producer both at the plate and in the field, reaching the .300 mark in batting 14 times, 30 home runs 15 times, 90 RBI 16 times and captured three Gold Glove Awards en-route to 25 All-Star Game selections.

Nineteen fifty-seven was arguably Aaron’s best season. He hit .322 that year with 44 home runs and 132 RBI, captured the National League MVP Award and led the Braves to their first World Series Championship since 1914.

Despite his consistent production, it wasn’t until 1973 that Aaron was thrust into the national spotlight as he neared the finish of a successful assault on one of sport’s most cherished records: Babe Ruth’s mark of 714 home runs. It was on April 8, 1974, that Hammerin’ Hank sent a 1-0 pitch from Dodgers hurler Al Downing into the left field bullpen at Atlanta-Fulton Count Stadium, giving Aaron 715 career home runs. He would finish his career with 755.

It was shortly after Hank Aaron’s record-breaking home run that Georgia congressman Andrew Young declared: “Through his long career, Hank Aaron has been a model of humility, dignity, and quiet competence. He did not seek the adoration that is accorded to other national athletic heroes, yet he has now earned it.” 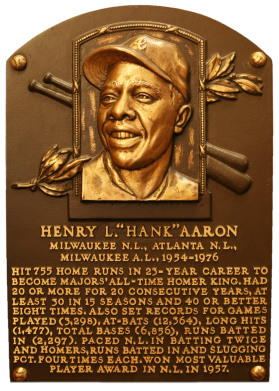 that if you remove all of Henry Aaron’s 755 home runs from his hit total that he would still have more than 3,000 hits?

"Through his long career, Hank Aaron has been a model of humility, dignity, and quiet competence. He did not seek the adoration that is accorded to other national athletic heroes, yet he has now earned it. "
Andrew Young 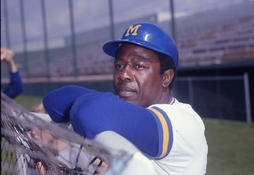 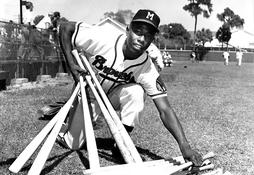 Hank Aaron's dignity, character and talent helped him transcend the game on the field. 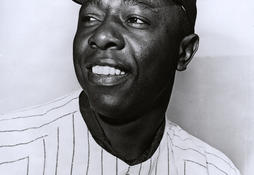 Hank Aaron was named the 1957 NL MVP after leading the Braves to the World Series title that year. 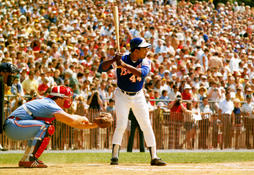 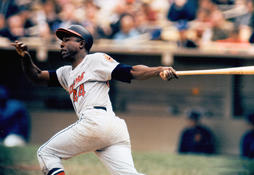 755 homers – and one that didn’t clear the fence