Hank Aaron’s career was defined by one word: Consistency. Year after year he put together fabulous seasons, eventually earning a trip to Cooperstown.

Aaron began his illustrious major league career with an 0-for-5 day in a 9-8 loss to Cincinnati. His teammates on the Milwaukee Braves connected on seven of the 13 doubles the game produced. Future Hall of Famer Eddie Mathews hit two home runs for the Braves.

Aaron batted fifth in the lineup that day and wore No. 5, not the customary 44 that would be featured for most of his career.

“The first time I saw him in Spring Training he had ‘major league’ written all over him,” said four time All-Star Andy Pafko, “…One of those guys that only comes around every hundred years.” 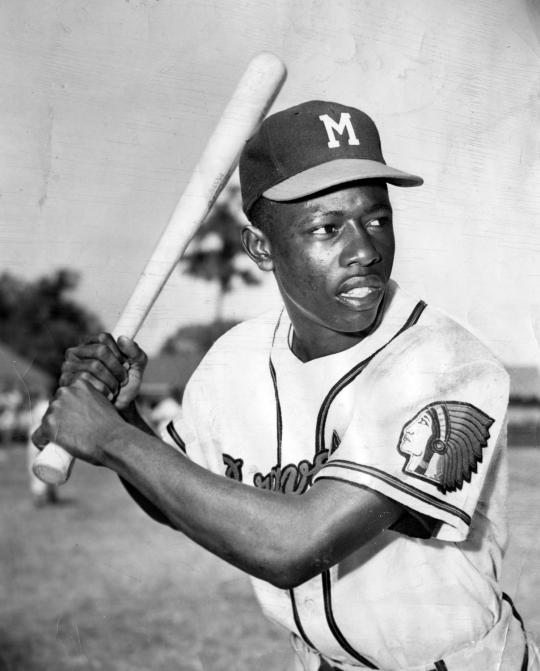 Aaron put together a solid rookie season batting .280, hitting 13 home runs and driving in 69 runs, earning him a fourth-place finish in the National League Rookie of the Year voting. 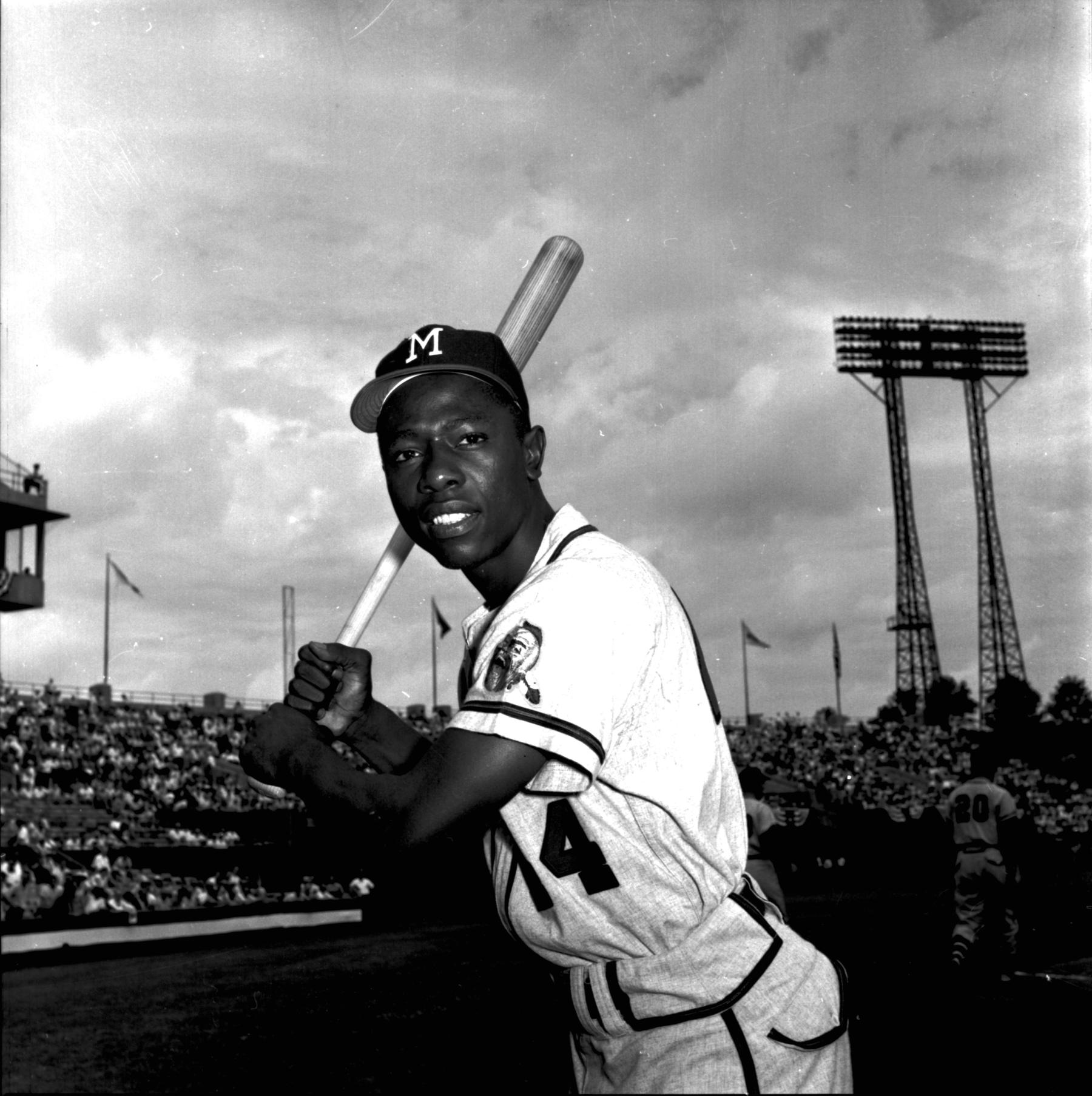 The Braves finished third in the National League in ’54 with an 89-65 record. Matthews, who had just broken into the league three years prior, had his second consecutive 40-home run season.

It took the Braves a few years after Aaron’s arrival to put it all together and reach the postseason. In 1957, he showed his immense talent by hitting .322 with 44 home runs and 132 RBI. He took home the National League MVP that year and made his first World Series.

No surprises, yet again, that Aaron’s consistency carried over to the Postseason as well. He helped the Braves not only in ’57 but in ’58, as well, to reach the World Series both times against the New York Yankees.

Both series went the maximum seven games. The Braves won in ’57 and the Yankees in ’58. Hammerin’ Hank hit better than .300 in each Series and connected for three home runs in 1957 en route to his only World Series title.

His only other postseason experience came in ’69 against the New York Mets. Even though the Braves, by this time in Atlanta, got swept, Aaron hit .357 and hit three home runs against the eventual World Champions.

Although Aaron is remembered for breaking Babe Ruth’s career home run record, his offensive game had so much more than just everyday power hitter. In 23 seasons of play he compiled a .305 average and also accumulated a record number of total bases, extra-base hits and RBI – all records that still stand today. Even without his 755 home runs, Aaron still had more than 3,000 career hits. 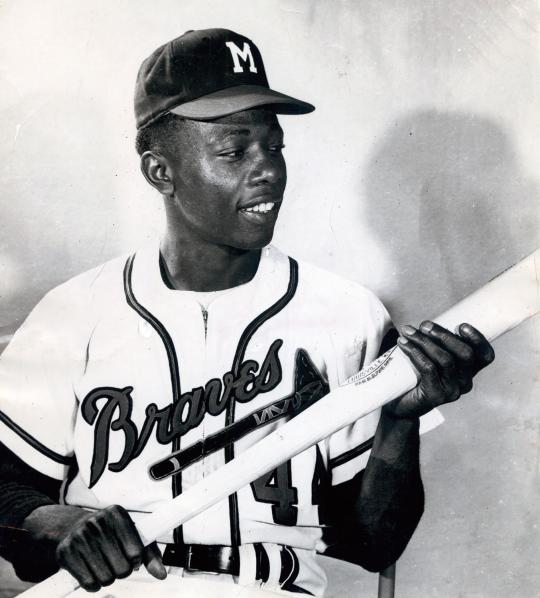