Class of 2023
Enlarge Plaque
At the plate and in the field, Scott Rolen’s talent and determination carried him to seven All-Star Game selections and eight Gold Glove Awards.

At the plate and in the field, Scott Rolen’s talent and determination carried him to seven All-Star Game selections and eight Gold Glove Awards.

For many players, fans and coaches, Scott Rolen was the picture of what a baseball player should be: The way he played the game, his accomplishments on the field and how he composed himself off the field.

"Rolen's the perfect baseball player," longtime manager Ned Yost told Sports Illustrated in 2004. "It's his tenacity, his preparation, the way he plays. He tries to do everything fundamentally sound. And he puts the team first – there's no fanfare with him."

Born April 4, 1975 in Evansville, Ind., Rolen grew up playing both baseball and basketball in Jasper, Ind. He committed to play basketball at the University of Georgia, but after the Philadelphia Phillies selected him in the second round of the 1993 MLB Draft, he elected to sign and play professional baseball instead.

Rolen made a swift ascent through the minor leagues, debuting for the Phillies on Aug. 1, 1996, and promptly taking over as Philadelphia’s starting third baseman. After suffering a season-ending injury on a hit-by-pitch in September, Rolen fell one at-bat short of exhausting his rookie eligibility.

In 2002, Rolen was named to his first All-Star Game for Philadelphia. With his free agency looming in the upcoming offseason, on July 29, the Phillies dealt him to the St. Louis Cardinals. He quickly proved his worth in St. Louis, securing four consecutive All-Star selections from 2003-06, earning Gold Glove Awards in 2003, 2004 and 2006 and finishing fourth in NL MVP voting in 2004.

Rolen’s playing time was limited in 2005 due to a shoulder injury, but he bounced back with a solid 2006 season, as the Cardinals won the NL Central for the third straight year and reached the World Series. Rolen was a force in the Fall Classic for St. Louis, batting .421 as the Cardinals won their first World Series title since 1982, and Rolen claimed a championship ring.

In January 2008, the Cardinals dealt Rolen to the Toronto Blue Jays, where he spent an injury-riddled first season. He began to look more like himself in 2009, getting off to a hot start to the season that featured a 25-game hitting streak – the longest of his career – from June 8-July 8. Wanting to play closer to home, he requested a trade and was dealt to the Reds on July 31.

Rolen quickly made an impression in Cincinnati, serving as a veteran presence in a young Reds clubhouse.

“You know W.W.J.D., what would Jesus do? Here, it’s what would Scott do?” then-Reds outfielder Jonny Gomes told The New York Times in 2010. “He doesn’t argue with the umpires, he runs every single ball out, he makes great plays, he makes routine plays, he gets the runner in when he needs to get him in, he gets the runner over when he needs to get him over. He just plays the game exactly how it should be played.”

In 2010, the Reds won the NL Central, making the postseason for the first time since 1995, as Rolen made his sixth All-Star Game, slugged 20 homers while batting .285 and earned his eighth Gold Glove Award.

Though he played in just 65 games in 2011, Rolen earned his seventh and final All-Star selection. In what would be his final season in 2012, he batted .245 and played in 92 games, as the Reds won the NL Central.

Scott Rolen in the Collection

Explore the artifacts that honor and give insight into the lives and careers of baseball's greatest heroes. 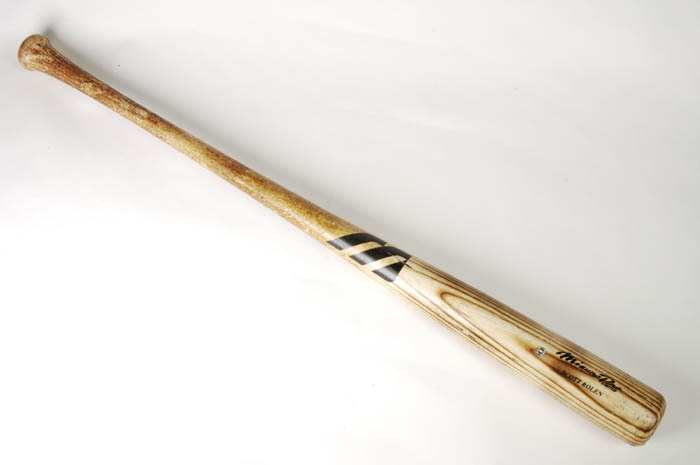 Scott Rolen used this bat as a St. Louis Cardinal in Game 5 of the 2006 WS. He extended his post-season hitting streak to 10 games. (Milo Stewart Jr./National Baseball Hall of Fame and Museum) 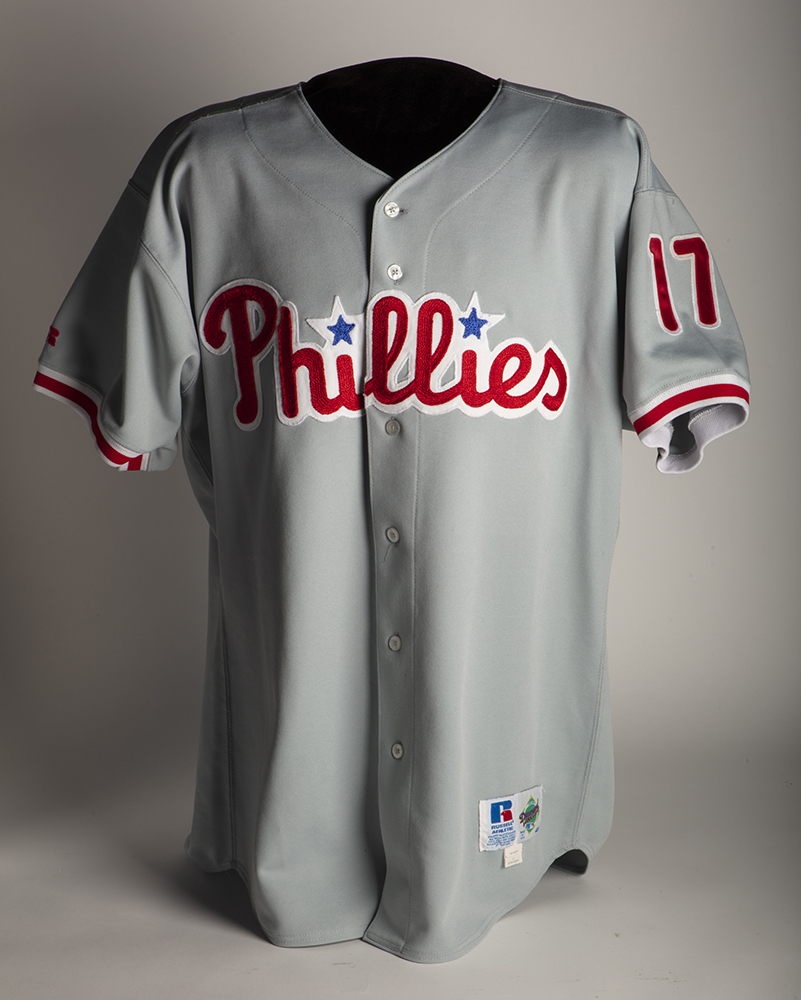 Scott Rolen wore this Phillies road jersey in 1998 when he earned the first of his eight Gold Glove Awards. (Milo Stewart Jr./National Baseball Hall of Fame and Museum)