Class of 1989
Enlarge Plaque
As a player and a manager, Red Schoendienst could do it all.

As a player and a manager, Red Schoendienst could do it all.

“Red is quite a human being. He treats us like men, lets us play our game and gives our young players confidence.” – Orlando Cepeda

Not many ballplayers have found success on the playing field as well as in the coaching box. Red Schoendienst, however, could do it all.

Schoendienst was signed by the Cardinals in 1942. By the next season, Schoendienst was named MVP of the International League and then spent 1944 in the Army, discharged in 1945 for eye problems and a shoulder injury. Despite his injuries, he made the Cardinals club that spring and was their starting left fielder. In his rookie season, he led the National League with 26 stolen bases. The following season, he moved to second base and led the N.L. in fielding percentage, which he would do five more times.

Schoendienst played 11-plus seasons in St. Louis, winning a World Series in 1946. In 1956, he was traded to the New York Giants and then a year later to the Milwaukee Braves, where he would make an immediate impact. Schoendienst led the league with 200 hits in 1957 and helped the Braves to consecutive NL pennants in 1957-58. He won his second World Series in 1957, the first and only championship the Braves would win in Milwaukee.

He suffered multiple injuries in 1958 and missed almost the entire 1959 season fighting tuberculosis, which cost him part of a lung. He signed as a free agent with the Cardinals in 1961, where he finished out his playing career. He was elected to 10 All-Star Games, hit .300 or higher seven times and finished his career with a .983 fielding percentage. A 10-time All-Star, Schoendienst posted a career .289 batting average with 2,449 hits in 19 seasons.

Schoendienst went from coach to manager of the Cardinals in 1965 and set a since-broken record for longest tenure as Cardinals manager. He led the team to pennants in 1967 and 1968, won the 1967 World Series and had a .522 winning percentage in 14 seasons. He wore a major league uniform as a player, coach, or manager for parts of eight decades. 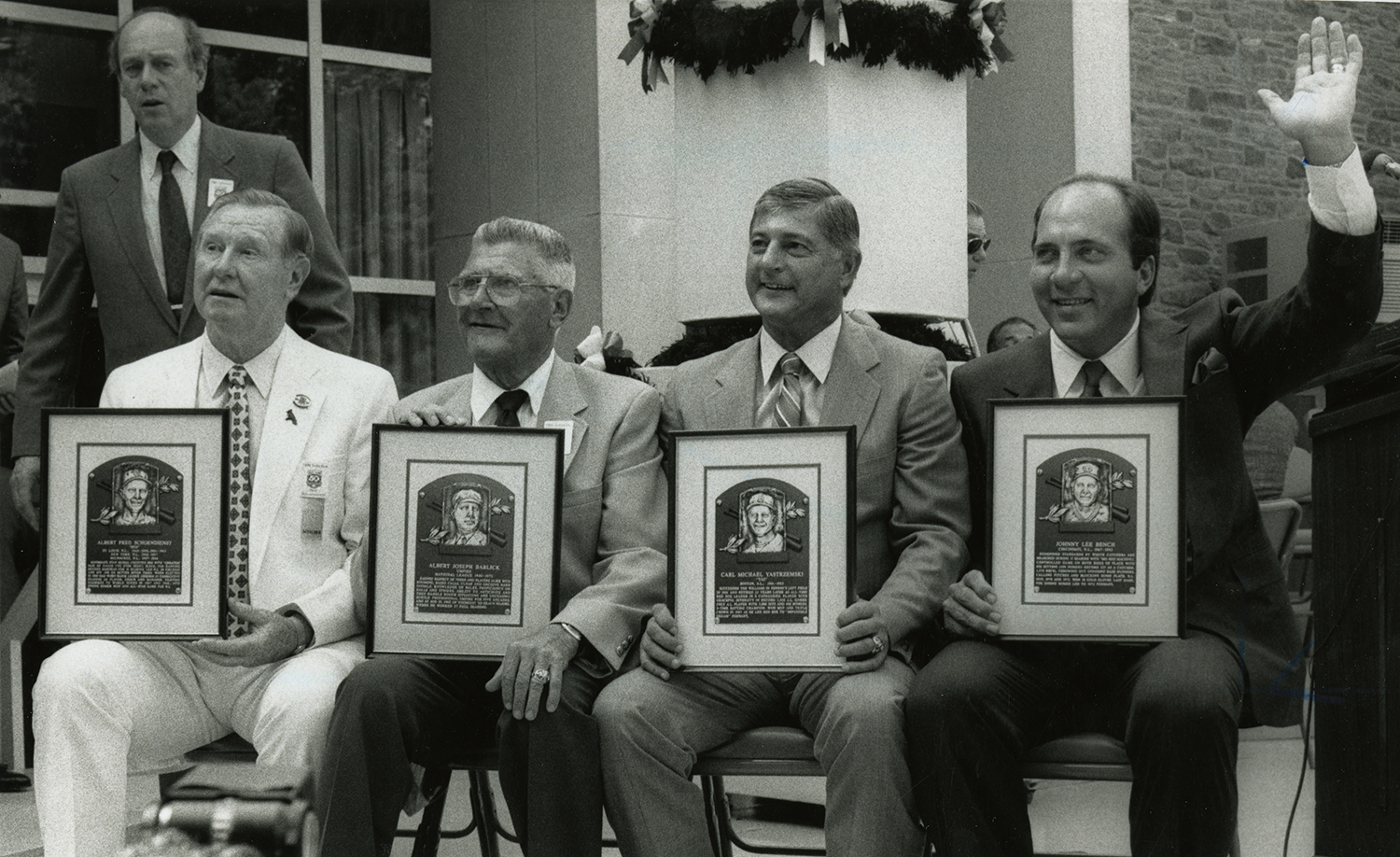 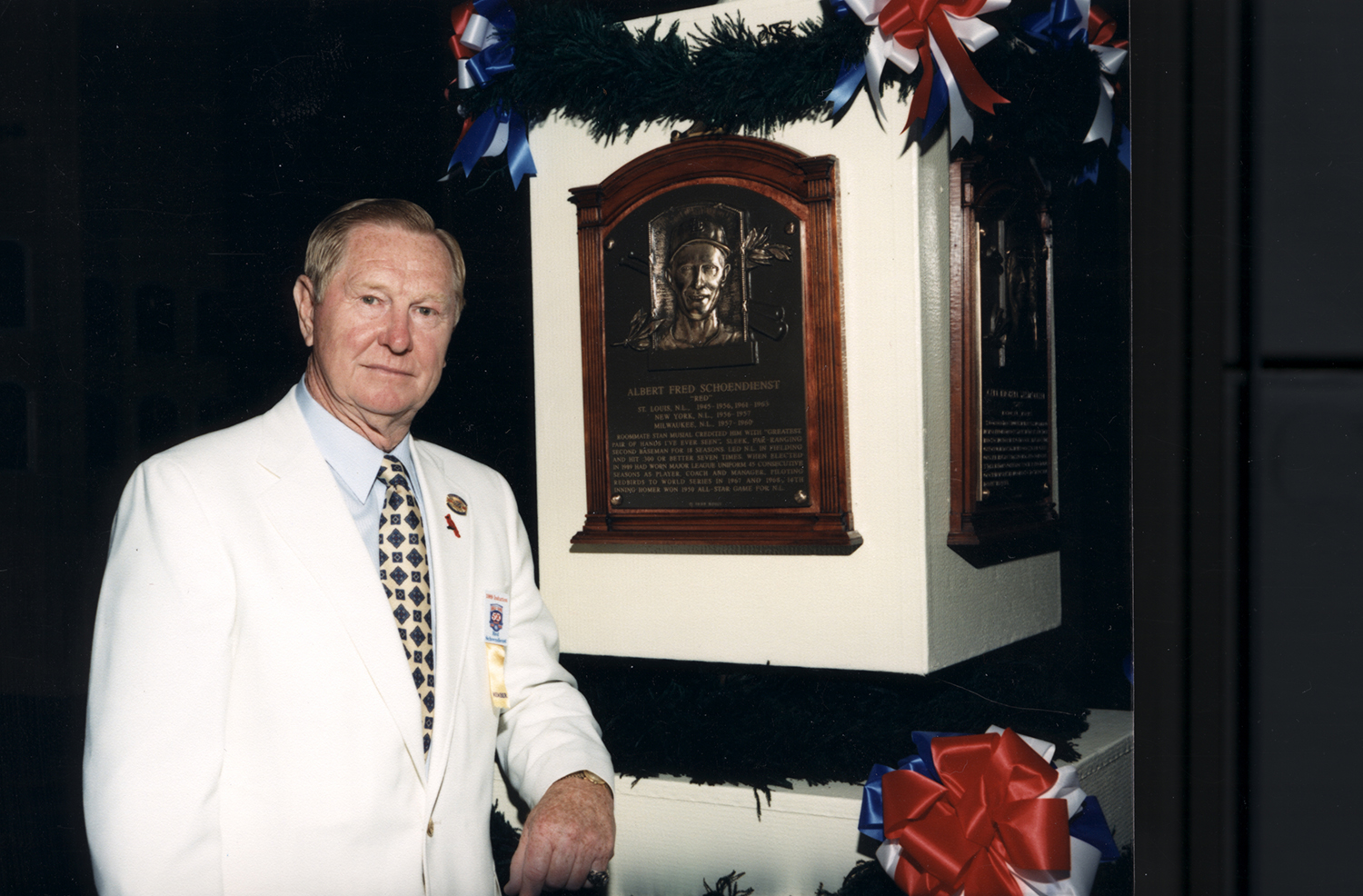 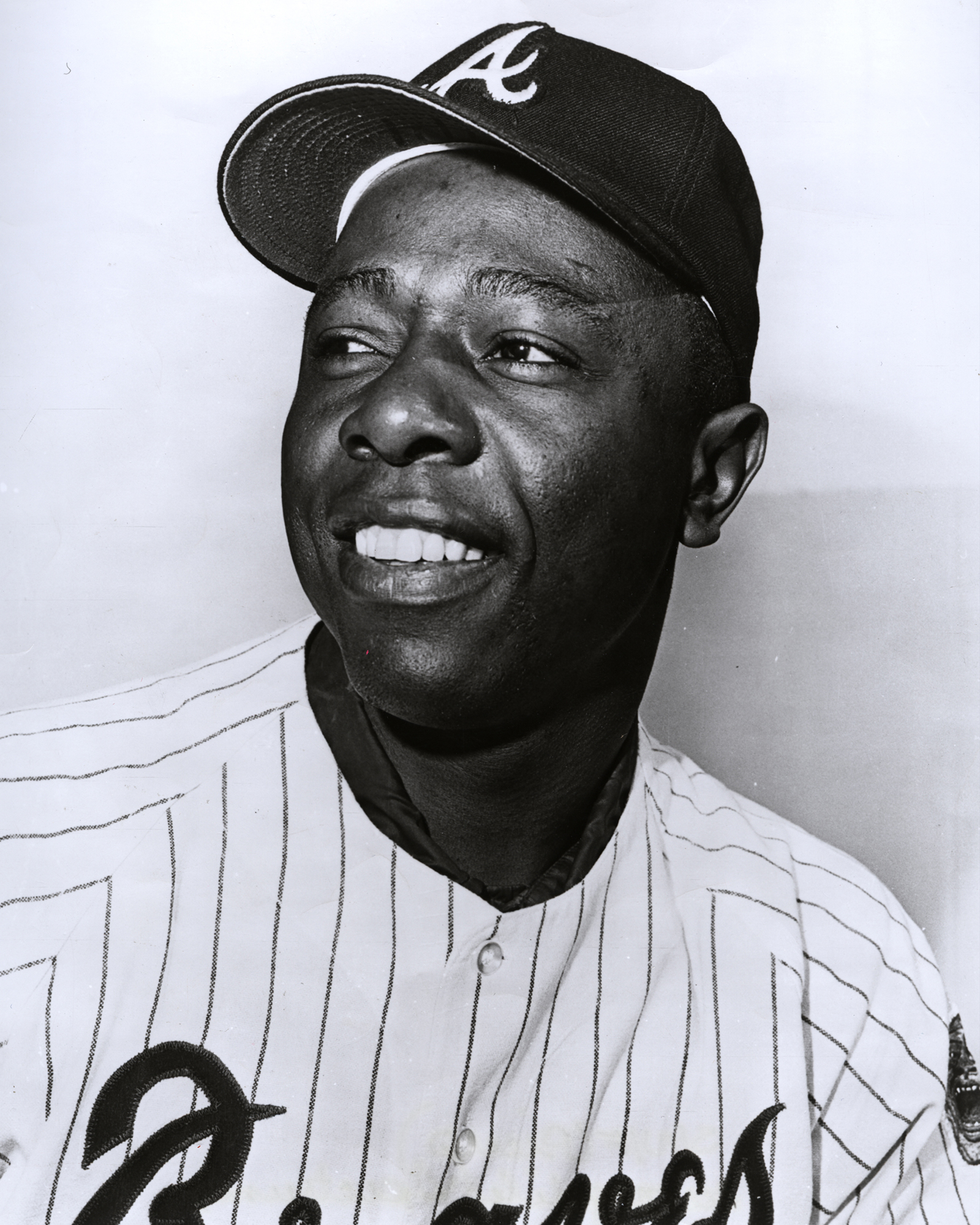 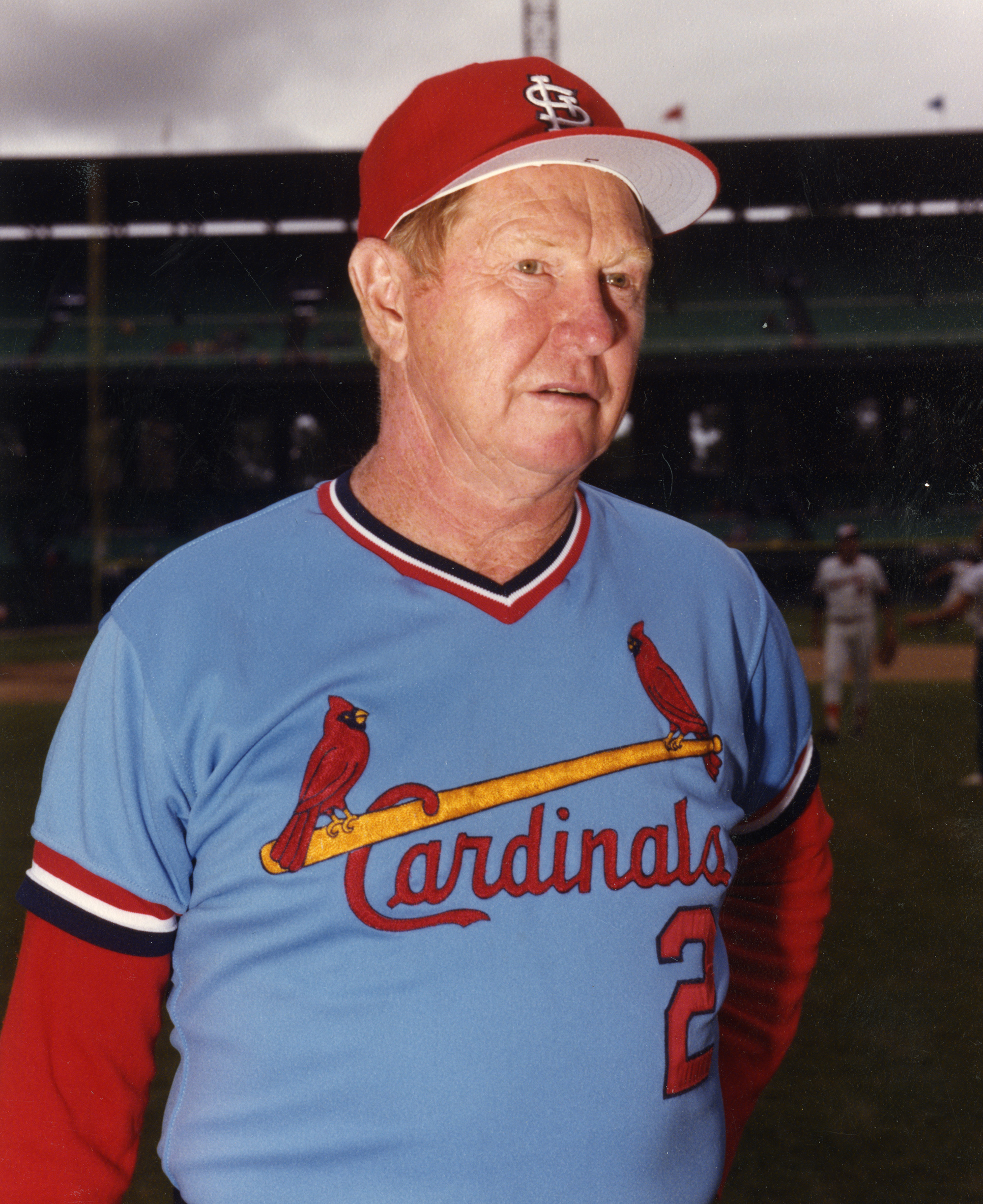