Tony La Russa changed the game with his managerial strategies.

For Tony La Russa, managing a Major League Baseball team was way down on his list of career goals.

First, it was big league player. Then, he wanted to be a lawyer. But when he finally found his true calling, La Russa needed little time to establish that he was one of the best skippers the game has ever seen.

“Every successful manager has players,” La Russa said. “That’s the No. 1 message. Coaches and managers don’t decide baseball. Players decide it. But what you do as a coach or coaching staff is you have a responsibility and opportunity to help put the players in their best position to compete.”

Born Oct. 4, 1944, in Tampa, Fla., La Russa grew up on the ballfield in Florida’s year-round warm weather. He was pursued as an infield prospect by most of the 20 big league teams, and signed as a $50,000 bonus baby with the Kansas City Athletics immediately following his high school graduation.

Baseball’s rules at that time mandated that La Russa – due to the size of his bonus – remain in the big leagues for one full season. That year – 1963 – La Russa appeared in 34 games, recording 11 hits in 44 at-bats.

“He made inquiries, studied the opposing batters and always tried to improve his fielding,” said A’s manager Eddie Lopat. “(A’s coaches Jimmie) Dykes and (Mel) McGaha would hit him grounders until they were nearly exhausted.”

But following the season, La Russa injured his arm playing softball. He would not return to the big leagues until 1968, and he would appear in only 98 MLB games after the 1963 season.

“Tony the manager would have really liked and respected Tony the player,” La Russa told Coach and Athletic Director magazine in 2006. “Except he would have never played him because he was trying to win.”

La Russa retired as an active player following the 1977 season, having posted a .199 career batting average. But starting in the 1973 offseason, La Russa enrolled in law school with the plan of practicing law after his playing days. He graduated from Florida State University in 1978 and passed the Florida bar in 1979, but by that time had been bitten by the managing bug.

“With Chicago (in the White Sox’s minor league system), I was a player/coach for a great man named Loren Babe, and it was just like an awakening,” La Russa told The Riverfront Times in 1997. “He showed me things about managing – and I thought I was a player who paid attention over the years. I had no clue at all what was involved with managing.”

La Russa managed the Double-A Knoxville Sox in the Southern League for half a season in 1978, spending the other half of the year as a coach with the White Sox. Then in 1979, La Russa managed the Iowa Oaks of the Triple-A American Association before taking over the White Sox from Don Kessinger on Aug. 2, 1979 – the day Yankees captain Thurman Munson died in a plane crash.

At 35, La Russa was the youngest manager in the game.

“His intelligence was the thing that first attracted me,” said White Sox owner Bill Veeck, who was elected to the Hall of Fame in 1991. “And his dedication. I think we’re going to find that he is one of the really outstanding managers before he’s through.”

La Russa led the White Sox to a record of 27-27 for the rest of the 1979 season, then guided the club to steady improvement over the next few seasons. Chicago finished with 87 wins in 1982 – the club’s second full season above .500 in 10 years.

La Russa managed the White Sox through the middle of the 1986 season, when Veeck’s successors dismissed him on June 19. Less than a month later, La Russa took over the Oakland A’s.

“I have never been in anything but an ideal situation. I’m talking about the type of ownership, front office, scouting and development,” La Russa said. “My friends in managing have only had that once in a while.”

In Oakland, La Russa again turned around a franchise – leading the club to an 81-81 record in 1987, the team’s first non-losing season in seven years. Then in 1988, La Russa piloted a young A’s team to 104 wins and the AL West title. Oakland swept through Boston in the ALCS before losing the World Series against a determined Dodgers team.

La Russa was again named the AL Manager of the Year following the 1988 season.

In 1989, the A’s returned to the World Series – and this team swept the Giants to capture the title. Oakland returned to the Fall Classic in 1990, winning 103 games and sweeping the Red Sox again before falling to the Reds.

After missing the playoffs in 1991, Oakland won the AL West again in 1992 – but lost the ALCS against the Blue Jays. It would mark La Russa’s final postseason with the A’s, who began a rebuilding program that eventually culminated in La Russa’s leaving the team following the 1995 season.

In 1996, La Russa took over the Cardinals. He led St. Louis to the NLCS that year before losing in seven games to the Braves, and also piloted the Cardinals to postseason appearances from 2000-02 – with La Russa winning the NL Manager of the Year in '02.

The Cardinals won 104 games and the NL Pennant in 2004 before losing to the Red Sox in the World Series, and also advanced to the NLCS in 2005. Then in 2006, St. Louis rallied down the stretch to win the NL Central Division title with just 83 victories. La Russa, however, guided the Cardinals through the postseason with a flawless hand – beating Detroit in the World Series to take La Russa’s second World Series title.

La Russa faced off against longtime friend Jim Leyland in the World Series.

“I have a sneaking suspicion that (La Russa) is the best (manager) of all time,” said Leyland, the Tigers manager who served as a coach on La Russa’s White Sox teams. “I can’t compare eras. In the last 30 years, he’s been the best, there’s no question about that.”

The Cardinals returned to the postseason in 2009 by winning the NL Central, then captured a Wild Card berth in 2011. That year, La Russa led his team to another World Championship – with St. Louis needing 18 of the 19 games available in the three series to win each round.

Following the Cardinals’ improbable seven-game win over the Rangers in the World Series, which featured two sequences where the Cardinals were down to their last strike, La Russa retired. His final record: 2,728-2,365 – good for a .538 winning percentage and the third-most wins all time behind Connie Mack and John McGraw.

“I believe I’m a players’ manager, but only for the players who care about the team and how well we do,” said La Russa, whose intense approach to the game was tempered by his genuine care for the men who played it. “If you don’t care about those things, if you’re not going to try hard and care about what we do, then I’m not a players’ manager.”

La Russa returned to the dugout after a nine-year absence on Oct. 29, 2020, for his second stint as White Sox's manager. 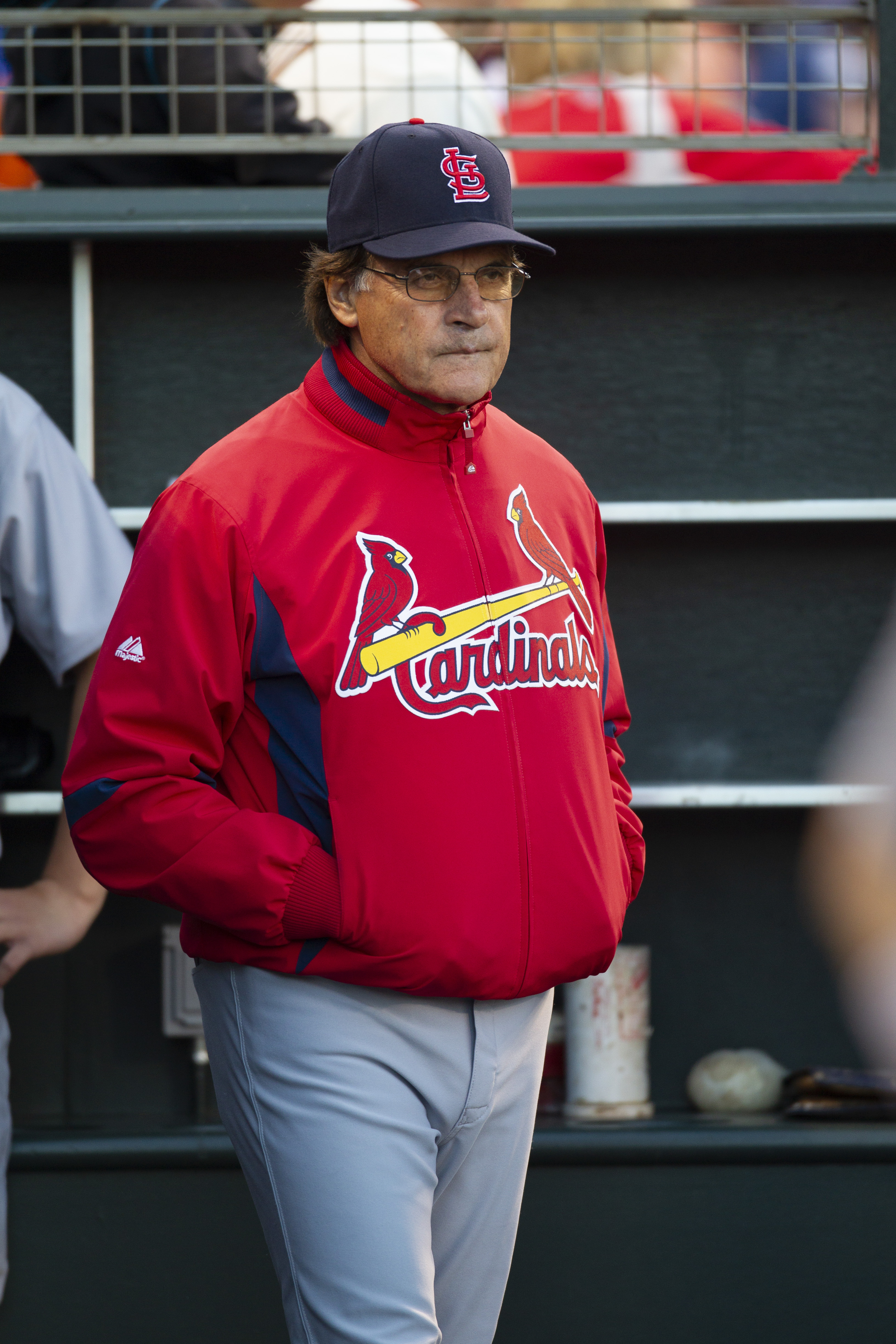