Class of 2010
Enlarge Plaque
Whitey Herzog meshed all of his baseball experiences to become on the game's best managers.

Whitey Herzog meshed all of his baseball experiences to become on the game's best managers.

The question often arises of whether a player is born or raised, but little is asked about that of a manager.

For Hall of Fame manager Whitey Herzog, it may have been the latter. Herzog was like a sponge that soaked up all of his life’s baseball experience and transformed them into tremendous skills for handling a ball team.

On July 6, 1990, Whitey Herzog put an end to his career in baseball that saw him in just about every position baseball had to offer. He was a player, scout, general manager, coach and farm system director – but what earned him his enshrinement into the Hall of Fame were his managerial skills.

“I think what he did was to get everybody focused on more team-oriented goals instead of individual goals,” said Cardinals second baseman Tommy Herr. “Obviously, with Whitey over here, the thinking of the whole organization changed to go along with his philosophy.”

Herzog enjoyed his most successful run as a manager with the Cardinals, winning three National League pennants, including a World Series title in 1982. In addition to serving as the manager, he was also the general manager for the 1980 and ’81 seasons.

He built a team around speed, defense and a strong bullpen. The Cardinals had seven players finish with double digit steal totals in ’82, including left fielder Lonnie Smith, who finished second in National League MVP voting.

The team defense was given a boost with the acquisition of future Hall of Fame shortstop Ozzie Smith prior to the 1982 season. “The Wizard of Oz” won his third straight Gold Glove Award in his first year in St. Louis. And Hall of Fame reliever Bruce Sutter anchored the bullpen with his league-leading 36 saves.

The team that Herzog built and managed went on to win an exciting seven-game World Series against the Milwaukee Brewers.

Before Herzog’s tenure with the Cardinals even began, he showed his ability to transform talent into wins. In his five years with the Kansas City Royals from 1975-79, he won 90 games or more on three occasions and never had a winning percentage below .525.

His retirement from the Cardinals ended an 18-year big league managerial career that produced 1,281 regular-season wins.

Herzog was elected to the Hall of Fame in 2010. 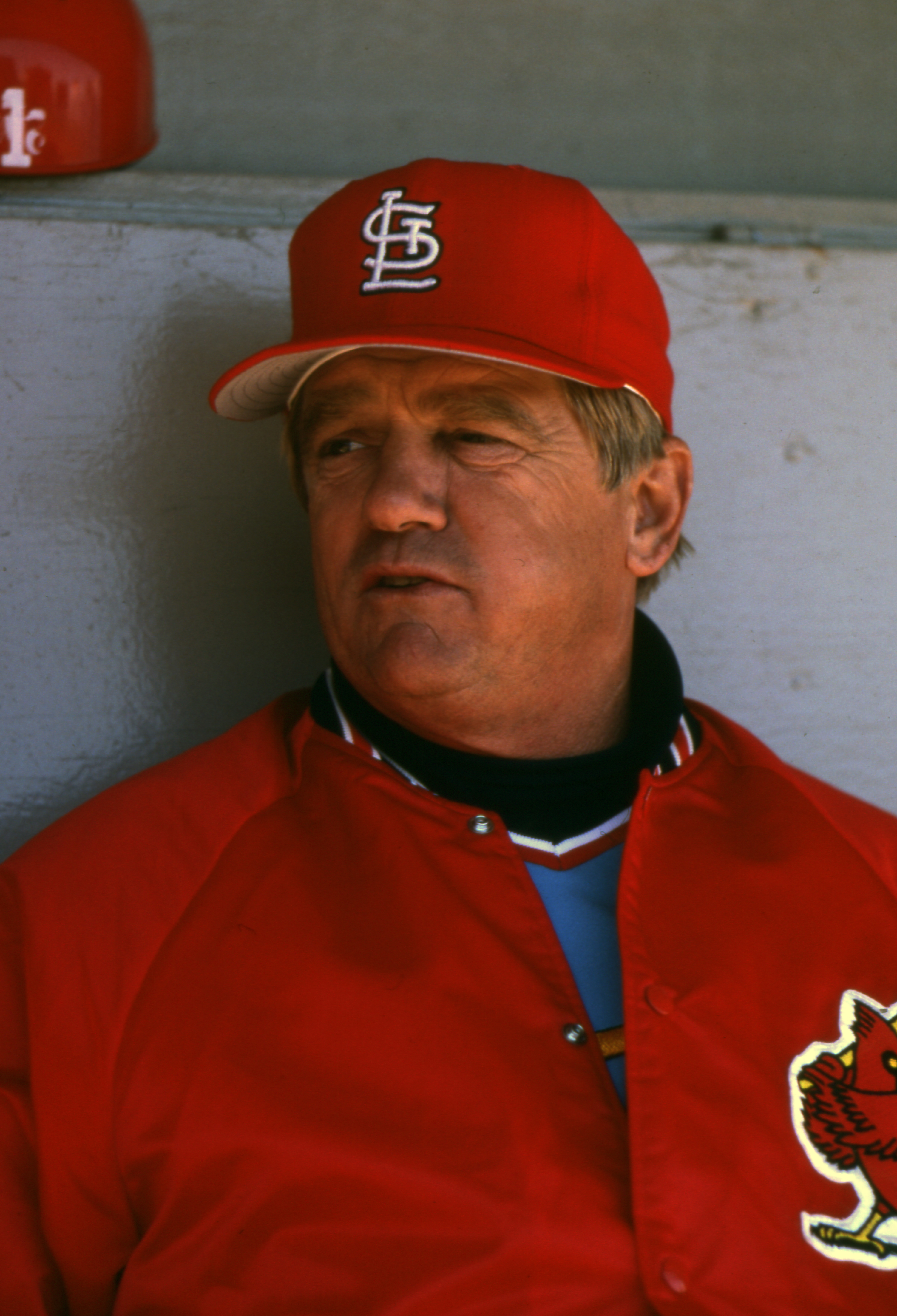 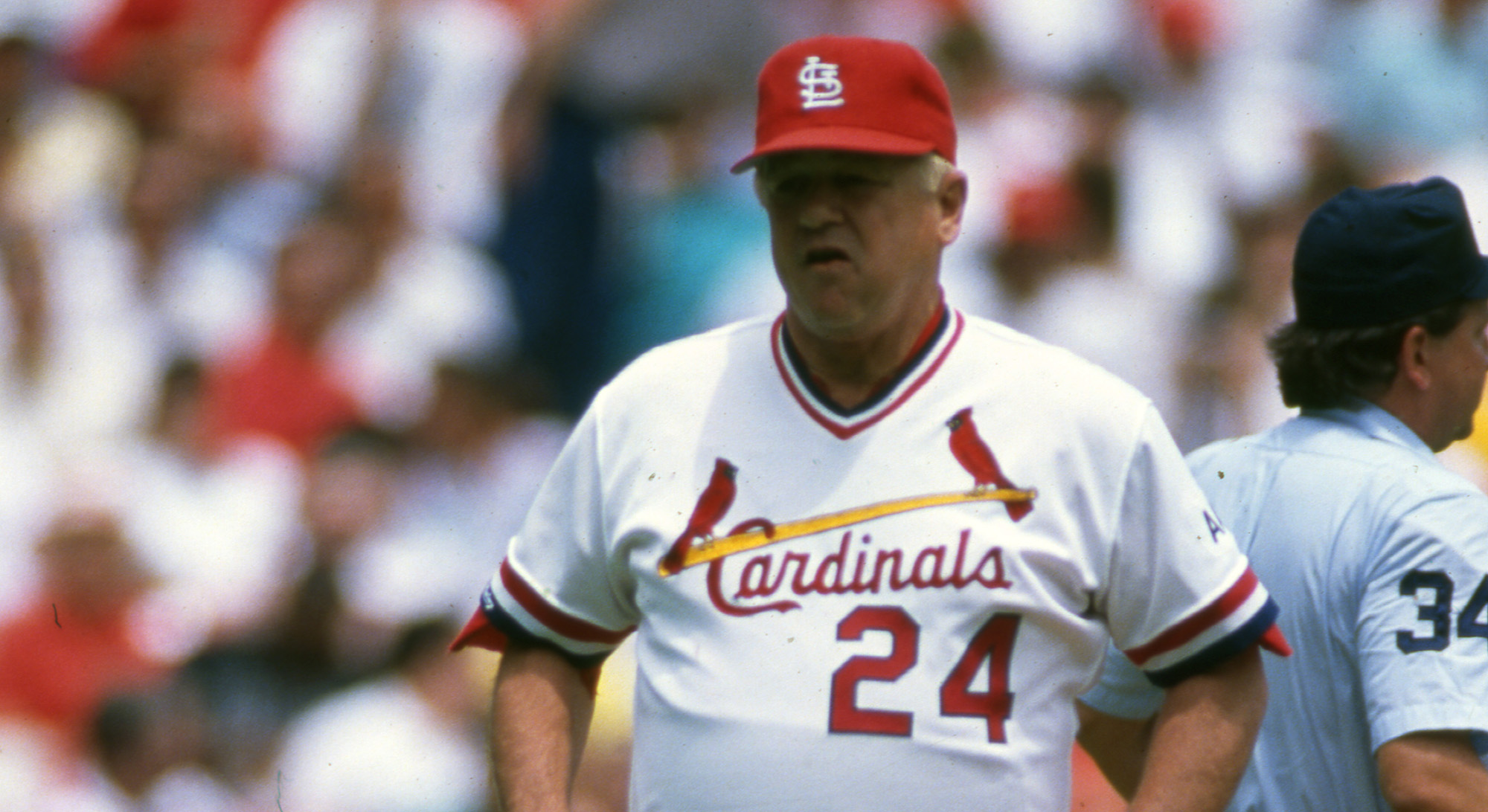