Al Kaline was the Detroit Tigers for more than two decades. Through last place finishes and World Series triumphs, the Motor City knew it had its sweet swinging right fielder to cheer for throughout the summer.

Chuck Dressen, a big league skipper for 16 seasons, the last four with the Tigers (1963-66), claimed that Kaline was the “best” player he had ever managed.

“In my heart, I’m convinced Kaline is the best player who ever played for me,” Dressen said. “ or all-around ability – I mean hitting, fielding, running and throwing – I’ll go with Al.”

The 18-year-old Kaline came to the Tigers in 1953 directly from high school, having never spent a day in the minors, and by the next season established himself as one of the game’s bright new talents. By 1955, at age 20, he became the youngest player to win a batting title when he hit .340. That same year the youngster became only the fourth American League player to hit two home runs in a single inning.

“I owe everything to baseball,” Kaline once said. “Without it, I’d probably be a bum.”

Offensive consistency became Kaline’s hallmark over the years, hitting at least 20 home runs and batting .300 or better nine times each. A superb defensive outfielder with a strong throwing arm, he also collected 10 Gold Glove Awards. In the 1968 World Series, Kaline’s only appearance in the Fall Classic, he batted .379, hit two home runs and drove in eight to help Detroit knock off the St. Louis Cardinals in seven games.

“You almost have to watch him play every day to appreciate what he does,” said veteran pitcher and former Tigers teammate Johnny Podres. “You hear about him, sure, but you really can’t understand until you see him. He just never makes a mistake.”

“People ask me, was it my goal to play in the majors for 20 years? Was it my goal to get 3,000 hits someday? Lord knows, I didn’t have any goals,” Kaline once said. “I tell them, ‘My only desire was to be a baseball player.’” 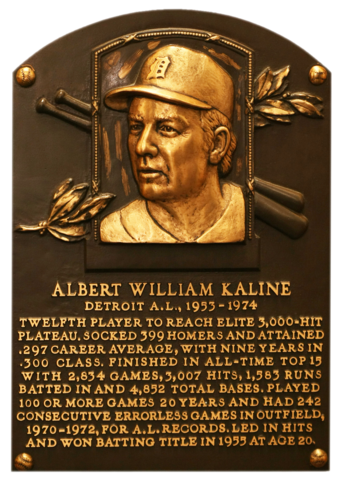 that Detroit Tiger Al Kaline garnered his 3,000th career hit in his hometown of Baltimore on Sept. 24, 1974?

"He was a boy with extraordinary talent. To me, he was the kind of prospect a scout sees in his dreams – the kind you hope and pray will someday come along. "
Scout, Ed Katalinas 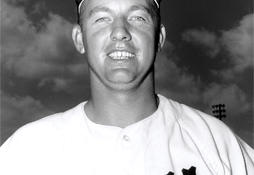 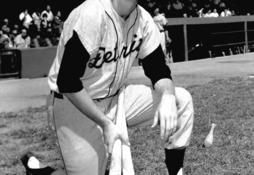 Al Kaline made history at the end of the 1955 season when he became the youngest player to ever win a batting champion. 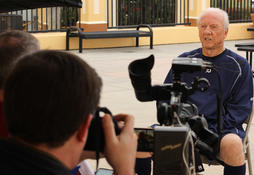