In fact, just after midnight on June 19, 1953 – the night of his high school graduation – Kaline was signed by Detroit scout Ed Katalinas and joined the Tigers directly.

Kaline debuted six days later on June 25 as a defensive replacement, and recorded the first of his 3,007 big league hits on July 8.

Kaline, who passed away on April 6, 2020, at the age of 85, was only 18 years old when he entered the major leagues. But he was ready for the challenge. 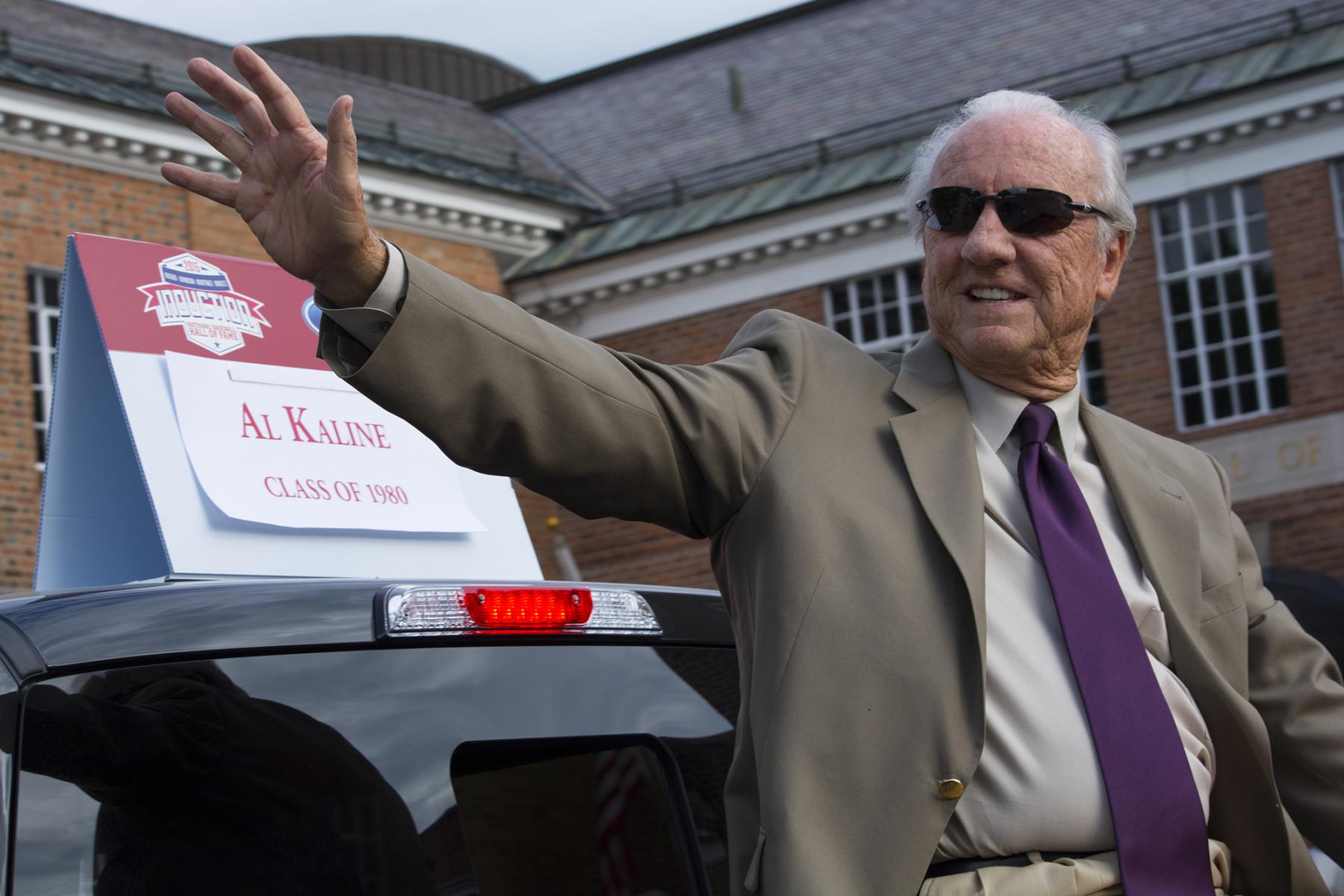 Al Kaline, pictured here during the 2015 Parade of Legends, was elected to the Hall of Fame in 1980. (Milo Stewart Jr./National Baseball Hall of Fame and Museum)

“Al Kaline was an icon, not only to the Tigers organization, but to all of baseball," said Hall of Famer Alan Trammell, who played 20 seasons with Detroit. "He meant a great deal to me coming up through the Tigers organization. I was smart enough to watch and learn from the way he carried himself, both off the field and on it. He was as good as they come.”

Kaline became just the 12th player to join the 3,000 hit club won 10 Gold Glove Awards in the outfield. On the field, there was little he could not do.

“Baseball is a great job,” Kaline said. “You play six months a year and people do everything for you.”

Albert William Kaline was born on Dec. 19, 1934, in Baltimore, Md., the only son of Nicholas Kaline, a former semipro catcher, and Naomi Kaline.

At the age of 20, he nabbed his first batting title with the 1955 Detroit team when he hit .340 – becoming the youngest batting champion in the history of Major League Baseball, a record that still stands. 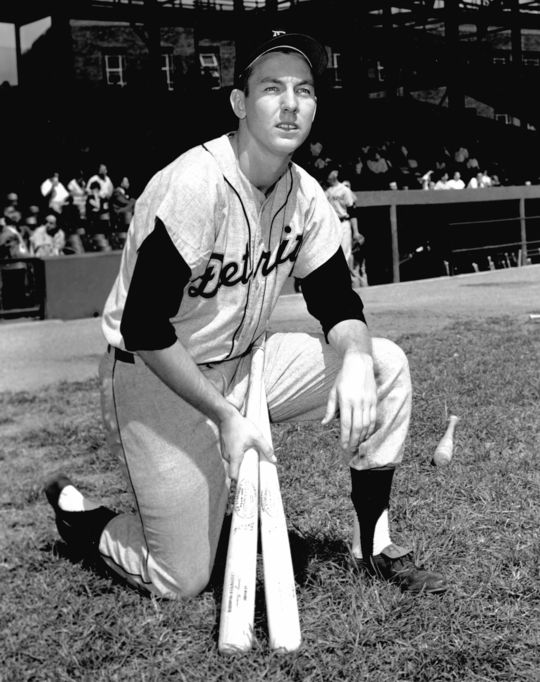 Al Kaline went from high school to the big leagues, debuting with the Tigers in 1953. Two years later, the 20-year-old Kaline was the American League batting champion. (Don Wingfield/National Baseball Hall of Fame and Museum)

“There’s a hitter. In my book he’s the greatest right-handed hitter in the league,” said Hall of Famer Ted Williams.

Along with all-time batting average leader Ty Cobb, Kaline is the only ballplayer to spend 22 seasons in a Tigers uniform, earning the nickname “Mr. Tiger.”

“He was a gentleman. It would have to be a real borderline pitch for him to even turn his head,” said umpire Larry McCoy.

But despite the accolades, Kaline found ways to remain humble.

In 1971, the Tigers offered Kaline the club’s first six-figure contract of $100,000 – which he declined until the next year. 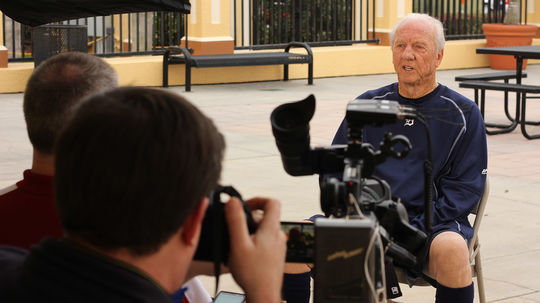 Following his 22-year big league career with the Tigers, Al Kaline spent nearly every spring working with the team in its Spring Training home of Lakeland, Fla. (John Janitz/National Baseball Hall of Fame and Museum)

“This ballclub has been so fair and so decent to me that I prefer to have (them) give it to me when I rate it.”

In his only World Series appearance in 1968, Kaline rose to the occasion and hit .379 with a pair of home runs, helping the Tigers defeat the St. Louis Cardinals in seven games.

He recorded his 3,000th career hit late in the 1974 season and then retired, serving as a color commentator for Tigers television broadcasts from 1975-2002 and a Spring Training instructor for years after that.

“Anybody that ever met Al realized how much he cared about baseball, and his love and passion for the game," said Hall of Famer Jack Morris. "He was a kid when he got called up to the major leagues, and became a lifer. If you were a Tiger, you followed his lead. Whether he was a player or broadcaster, he was around the field, around the clubhouse, and available to have a conversation if you needed some advice. That's what the Tigers players cherished." 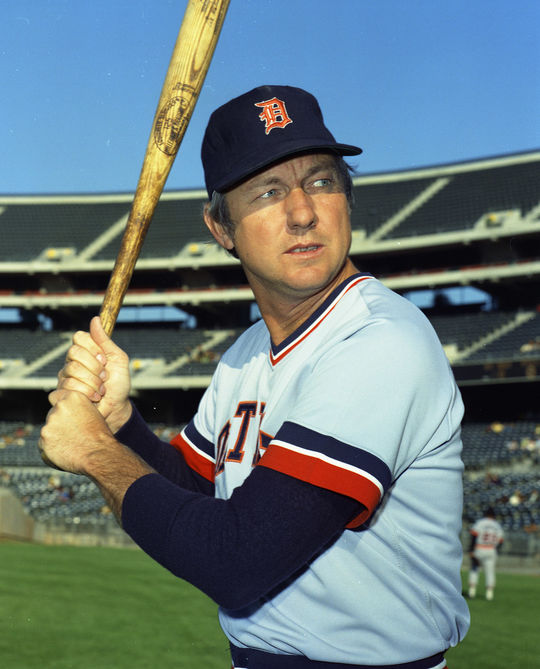 Al Kaline, who played for the Detroit Tigers from 1953-74, passed away on April 6. 2020. (Doug McWilliams/National Baseball Hall of Fame and Museum)

Kaline was elected to the Hall of Fame in his first year eligible in 1980. Detroit subsequently retired his No. 6, the first number retired by the organization.

“Al Kaline brought such dignity and grace to our game, and to the Hall of Fame," said Jane Forbes Clark, Chairman of the Board of the National Baseball Hall of Fame and Museum. "As one of baseball's greatest right fielders, every new generation of Hall of Fame Members were in awe of Al, not only as the player he was, but also as the true gentleman that he was. He will be missed throughout the game – and honored forever at the Hall of Fame. We join the Detroit Tigers and the entire baseball community in mourning the passing of a true legend, and we extend our deepest sympathies to the Kaline family.”