Celebrations may commence in the Motor City as pitcher Jack Morris and shortstop Alan Trammell are welcomed to immortality. The pair of longtime Tigers have joined baseball’s most exclusive fraternity.

The first two members of the National Baseball Hall of Fame’s Class of 2018 were announced by Hall of Fame President Jeff Idelson on MLB Network Sunday, Dec. 10. The duo brings the total number of elected members to Cooperstown’s shrine to 319. Morris and Trammell were among the nine former big league players and one executive that comprised the 10-name Modern Baseball Era ballot, which was voted upon at Baseball’s Winter Meetings in Orlando, Fla.

Less than an hour after the news was released, an overwhelmed Morris and Trammell, Tigers teammates from 1977 to 1990, were on conference calls with the media sharing their thoughts on the momentous occasion.

“It’s really kind of overwhelming for me right now,” said the 62-year-old Morris. “I’m not sure I’m going to be able to put into words all of the emotions that I’m going through right now. Before I get started, I certainly want to thank everybody that supported me along the line and continues to support me. Alan Trammell played for the Detroit Tigers from 1977-1996. (National Baseball Hall of Fame and Museum)

“And I’m so, so happy and proud of my teammate Alan Trammell," Morris said. "And the fact that we get to go in together is just overwhelming for me. I also want acknowledge the guys that were on the ballot that didn’t make it because I truly understand what they are going through and I feel for them. I think every one of them had a legitimate chance of making it and I was pulling for everyone. I don’t have a lot to say other than the fact that I understand and I hope someday I get to shake your hand, too.”

The right-handed Morris pitched from 1977 to 1994, winning 254 games for the Tigers, with whom he spent 14 of his 18 seasons, as well as for the Twins, Blue Jays and Indians. He was so dominant that during the 18 seasons he played, he led all major league pitchers in wins, starts, innings and complete games. He was a 20-game winner on three occasions and his 162 wins during the decade of the 1980s led all major league pitchers. The ace of the teams for whom he pitched, Morris made 14 Opening Day starts, which since 1920 is tied for second most with Hall of Famers Steve Carlton and Randy Johnson, and is two less than Tom Seaver. He was also a member of four World Series winning teams, including the 1984 Tigers, the 1991 Twins, and the 1992-93 Blue Jays, earning Fall Classic MVP honors in 1991 after pitching 10 shutout innings for Minnesota in Game 7 to beat the Braves. Today, the St. Paul, Minn. native is a broadcaster with the Twins and also works for MLB Network.

“I have so many things going through my head right now but more important than anything else is that I just want people to understand that time has made this even more special,” Morris said. “I’ve learned a lot along the way. Baseball was a huge part of my life and quite honestly I still enjoy the benefits of working in baseball but time makes everything change. I never thought would ever be as emotional as I was when Jane [Hall of Fame Chairman Jane Forbes Clark] called me a few minutes ago. With that being said, I’m very grateful and honored and humbled. I’m just going to let the questions fly now because I don’t know what else to say other than that, again, the time that I’ve spent wondering if this day would ever come seems to be vanished because it did come and it’s amazing.” 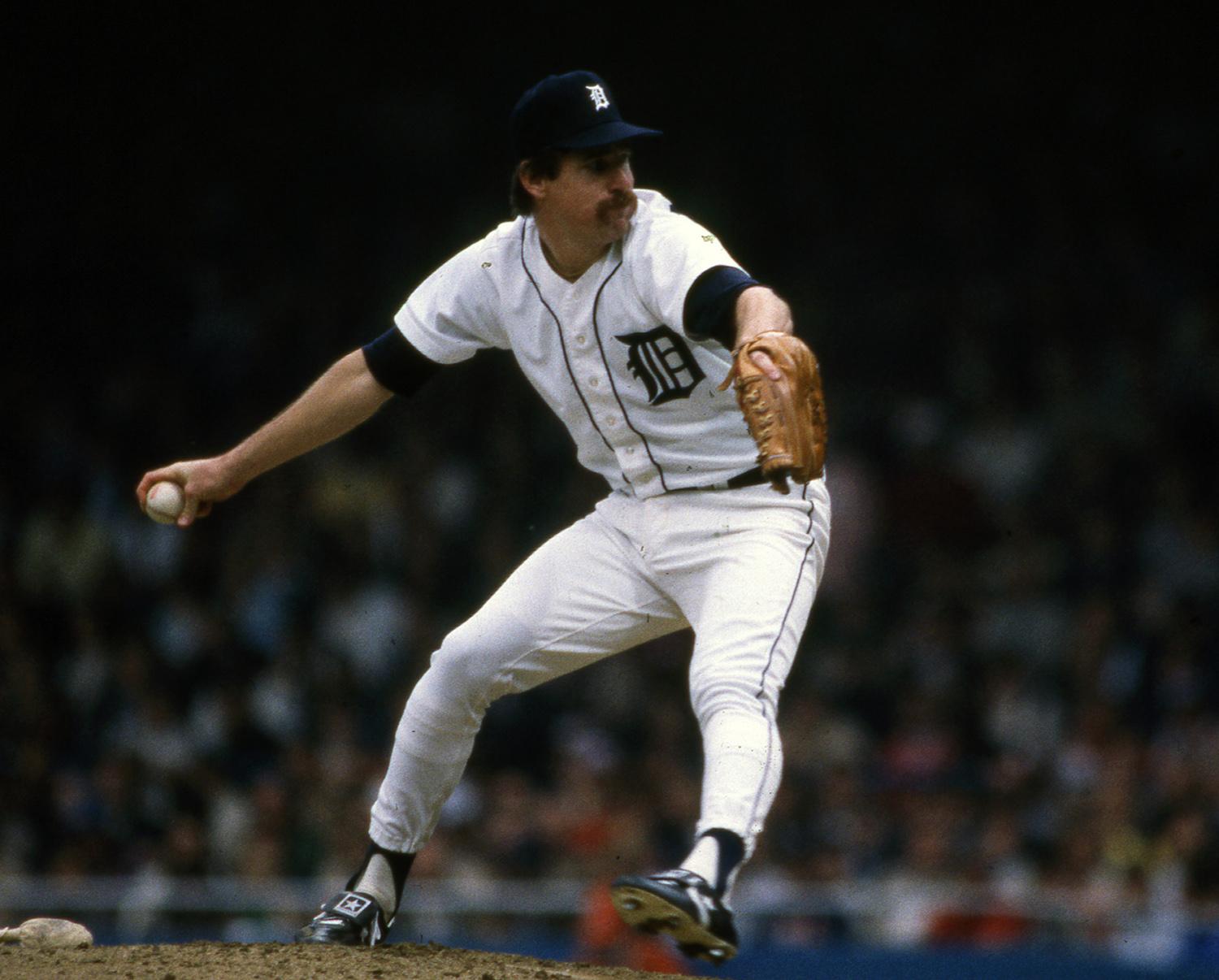 Trammell spent all 20 seasons of his major league career in a Detroit Tigers uniform, helping to anchor the middle of the infield. A shortstop who led by example, he posted a career average of .285 with 2,365 hits, batting .300 or better in seven different seasons. When he retired in 1996, his six seasons hitting at least .300 with 10 home runs were tied with fellow Hall of Famer Joe Cronin for the most among shortstops in big league history. With four Gold Glove Awards, three Silver Slugger Awards and six All-Star Game selections, Trammell played in one World Series, winning the Fall Classic MVP after hitting .450 with two home runs and six RBI over five games to lead the 1984 Tigers over the Padres. Today, he works with the Tigers as a special assistant in baseball operations.

“I’ve had a few minutes to kind of think about what I wanted to say. I am still just overwhelmed,” said the 59-year-old Trammell. “I know that word has been used a lot in these circumstances but I don’t know any other way to describe this. My mind is a whirlwind. Fortunately, I just got a call a few minutes ago from Jack Morris, who obviously was my teammate, and I’m so proud that Jack and I will be going in together. I thought that Jack was well deserving, and in my opinion should have been in and elected a few years ago, but nevertheless, it is an honor to go in to go in with Jack and I look forward to whoever goes in on the (BBWAA) ballot in January.

Trammell would later share the circumstances of his receiving the life-changing news.

“Yesterday, I went to a college basketball game in San Diego," Trammell said. "I got on a flight this morning and didn’t get in until 5:50 p.m. I was looking at the internet and knew when it was going to be announced; if my flight was delayed I’m not sure what would have happened.

“So I was in the back of the plane and we had just landed and I turned my phone on – obviously you can’t have the phone on when you’re on the plane – and I turned it off airplane mode. Because I was in the back of the plane it took a few minutes to deplane, and I got the call. (Hall of Fame Chairman of the Board) Jane Clark was on the line and told me that I had been elected to the Hall of Fame. And at that point, what a phone call. I’ve got people around me so I’m trying to be somewhat under control. And I think I was, to a certain degree, but you can imagine my mind was racing. That’s how it came down. I was on an airplane waiting to deplane.” 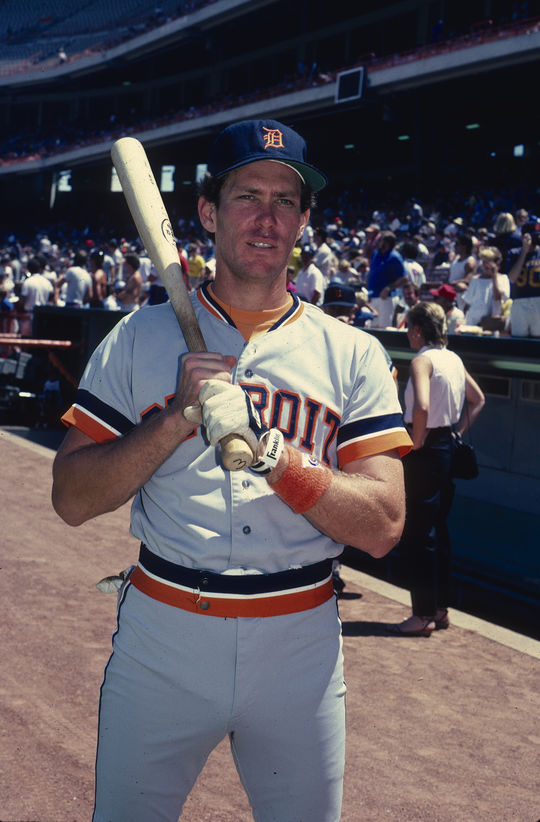 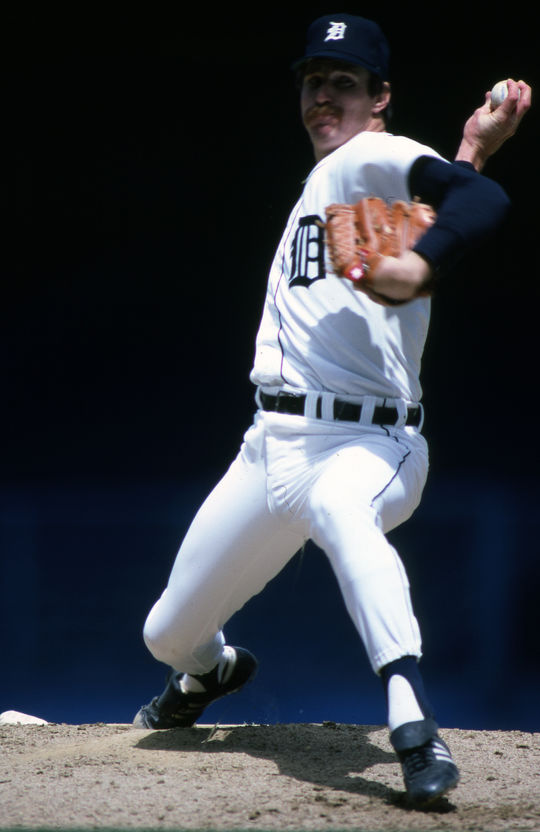 Jack Morris topped the 200-inning mark in 11 seasons and notched 175 complete games, the most of any pitcher whose career started after 1976. (Rich Pilling/National Baseball Hall of Fame and Museum)

Morris and Trammell be inducted in Cooperstown on July 29, 2018, along with any electees who emerge from the 2018 Baseball Writers’ Association of America election, to be announced on Jan. 24, 2018.