The history of the Negro Leagues is a long and slightly complicated one. However, this story is about the 1923 Eastern Colored League Champions, the Hilldale club of Darby, PA.

The Hilldale club was formed as a boys’ team in 1910 by Ed Bolden. The club turned professional in 1916 and was a charter member of the Eastern Colored League.

The Eastern Colored League was formed by Bolden in 1923, as a rival league to the Negro National League formed and run by Rube Foster. The 1923 ECL teams included the Hilldale club, as well as the Atlantic City Bacharach Giants, Baltimore Black Sox, Brooklyn Royal Giants, Cuban Stars, and New York Lincoln Giants.

The Hilldale club was considered a powerhouse team of the Eastern Colored League. They won the first three pennants for the league, from 1923 – 1925, as well as facing the famed Kansas City Monarchs in the first Negro World Series in 1924, losing 5 games to 4. They faced them again in 1925, winning 5 games to 1 and securing the ECL’s only World Series title.

The 1923 team featured Hall of Famers Pop Lloyd, who served as captain, Judy Johnson, Biz Mackey, and Louis Santop and went 32-17 in games played within the league. In overall competition, they went 137-43-6. The team ended up winning 17 games straight in the month of June, had 18 shutouts, and scored almost 7 runs per game. After the season was over, the Hilldale club went barnstorming and beat two barnstorming teams that were compiled from Philadelphia Athletic players, going 6-0. 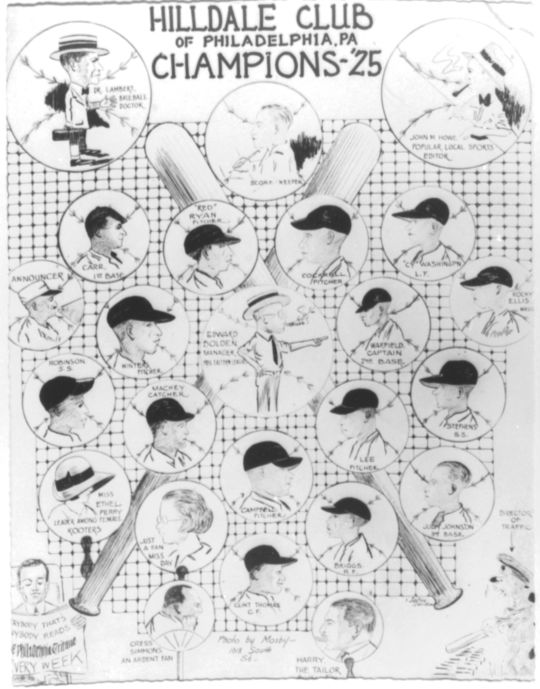 The Hilldale Giants won the first three pennants for the Eastern Colored League, from 1923 – 1925. (National Baseball Hall of Fame and Museum) 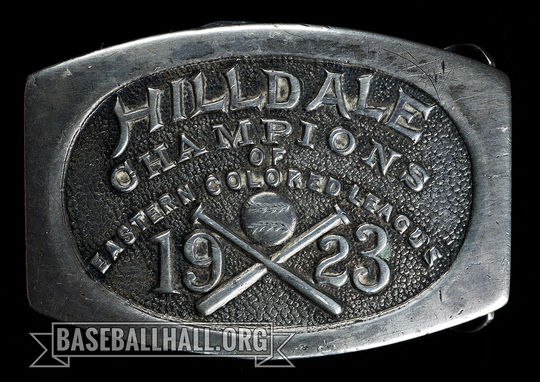 The Hall of Fame's collection includes a sterling silver belt buckle awarded to the members of the 1923 Hilldale club to celebrate their pennant-winning season in 1923. PASTIME (Milo Stewart Jr./National Baseball Hall of Fame and Museum)

While the National Baseball Hall of Fame and Museum is known for our coverage of our Hall of Fame members, we also cover the extensive history of the game of baseball. This includes having material and artifacts from the various Negro leagues and their teams. As a part of our collection, we have a sterling silver belt buckle awarded to the members of the 1923 Hilldale club to celebrate their incredible pennant winning season. The belt buckle says “Hilldale, Champions of Eastern Colored League, 1923.” The year is split in two, down the middle, by two crossed baseball bats, with a baseball between the handles at the top.

While the history of the Negro Leagues can be difficult to follow, what is not is that the Hilldale club of 1923 was a team to behold and feared. Just look at the belt buckle they had to prove it. 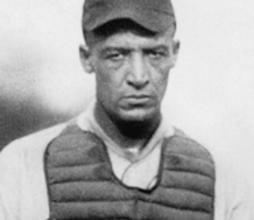 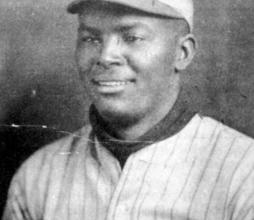 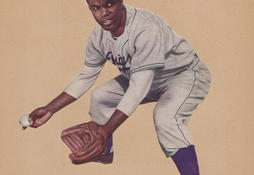