Hitting four home runs in a single game is one of baseball’s rarest feats.

Mike Schmidt, Hall of Fame third baseman for the Phillies, not only achieved this feat in dramatic fashion, but he also did it without the help of his usual bat.

After trailing the Cubs 12-1 after just three innings on April 17, 1976, a Phillies victory did not appear to be in the cards. Halfway through the first month of the season, Schmidt was batting .167 with a single home run – atypical numbers for the reigning National League home run champion.

But in the fifth inning, Schmidt ripped a low curve from Cubs starter Rick Reuschel, pulling it into the left field seats to cut the Cubs’ lead to nine. Two innings later, and after some offensive production from teammates, Schmidt hit a nearly identical blast to trim the lead to six. The Philadelphia offense fed off of this sudden burst, making it a four-run game by the time Schmidt came up in the eighth. With two runners on, Schmidt went opposite field to make it a one-run game.

“I was feeling good and nice and relaxed,” Schmidt said, noting that the pressure had diminished after going down so many runs. Perhaps it was with this calm, cool and collected approach that Schmidt came up to the plate in the 10th inning. With the ballgame tied, Schmidt hit yet another home run, this one a two-run bomb in his fourth consecutive at-bat. The Phillies came away with a miraculous 18-16 victory, finally ending the barrage of offense in the bottom of the 10th. 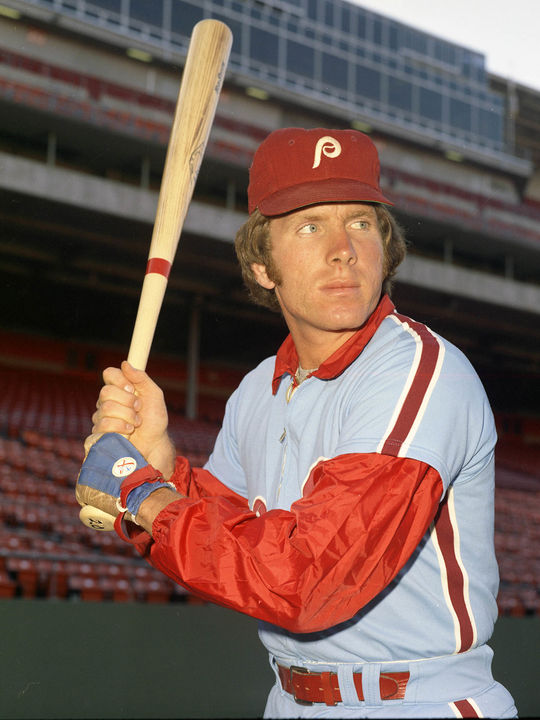 Mike Schmidt used Adirondack bats throughout his career, and borrowed an Adirondack model from Phillies teammate Tony Taylor to hit four home runs in one game on April 17, 1976. (Doug McWilliams/National Baseball Hall of Fame and Museum)

And Schmidt did all his damage with a bat borrowed from teammate Tony Taylor.

Borrowing bats is common – and history has been made via this route. Ken Boyer batted clean-up in the 1956 All-Star Game, went 3-for-5 at the plate and drove in a run with Rip Repulski’s bat. Repulski was Boyer’s teammate not only on the NL roster in that game, but also on the Cardinals that season.

Other players have also joined the four-home run club with a teammate's bat. Joe Adcock, the heavy-hitting first baseman for the 1950’s Braves, slugged four round-trippers on July 31, 1954 using a borrowed bat, and on May 2, 2002 Mike Cameron homered four times for the Mariners with one of Edgar Martinez's bats. 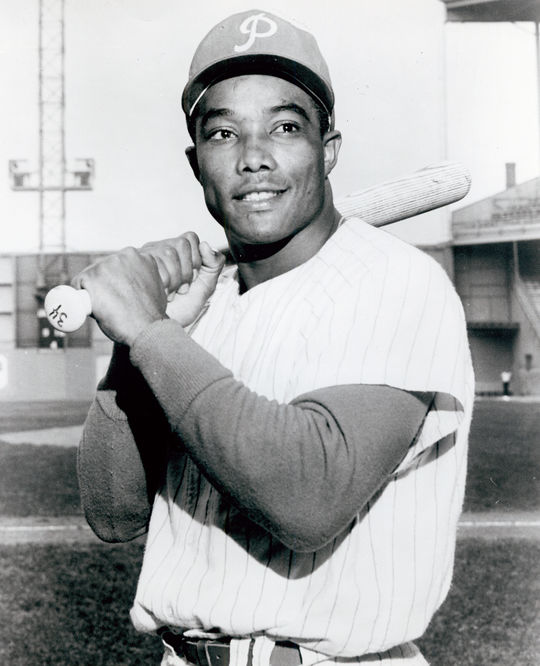 Tony Taylor played in the big leagues for 19 seasons, including three as a teammate of Mike Schmidt on the Phillies. (National Baseball Hall of Fame and Museum)

While Schmidt used an Adirondack model bat for the majority of his career, he ordinarily used his own, marked with his signature on the barrel of the bat. Instead, this Adirondack model is clearly marked as a “Tony Taylor” version. Taylor was a perennial fan-favorite for the Phils, and while he wasn’t known for his power, his Adirondack Big Stick helped Schmidt become just the 10th player in history to hit four home runs in one game.

The borrowed bat is preserved in the National Baseball Hall of Fame and Museum’s collection. 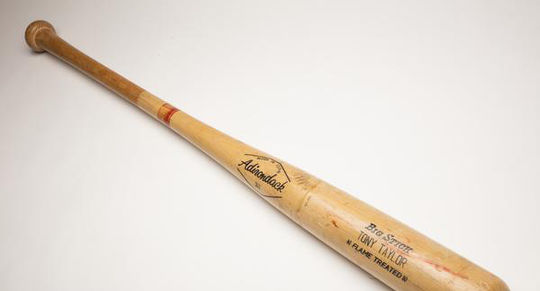 Mike Schmidt used this bat, which belonged to Phillies teammate Tony Taylor, to hit four home runs in one game on April 17, 1976, against the Cubs. (Milo Stewart Jr./National Baseball Hall of Fame and Museum) 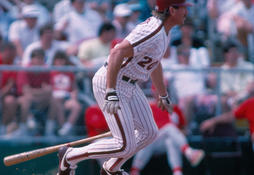 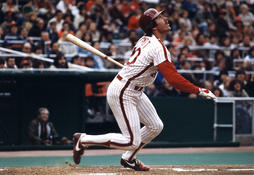 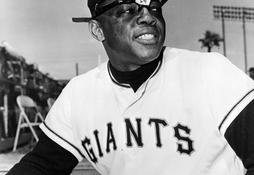