Part of the SHORT STOPS series
Written by: Rachel Jacobe

According to the National Hot Dog and Sausage Council, MLB fans will consume 19.1 million hot dogs in course of the 2022 season. That’s an average of 7,860 hot dogs per stadium every single game.

While hot dogs are now regarded as the iconic ballpark snack, this was not always the case. Hot dogs as we think of them today didn’t come on the scene until the late 1800s, evolving from the 15th century German frankfurter and the Viennese wiener. Given the large European immigrant population, these sausages quickly gained popularity in America.

Antonoine Feuchtwanger was one of the many peddlers who capitalized on this growing demand for frankfurters. Feuchtwanger famously provided his St. Louis customers white gloves to protect their hands from the boiling hot sausages, but eventually the concessionaire’s profits suffered when customers kept wandering off with the gloves. Historians report that Mrs. Feuchtwanger revived the struggling business with an innovative solution: A long roll that perfectly encased the steaming frankfurter.

Soon after the hot dog got its bun, it began appearing in ballparks across America.

The annals of hot dog history offer us two main theories on the dog’s introduction to the ballpark. Some credit German immigrant Chris Von der Ahe with starting the hot dog craze in the 1890s when he started selling franks during Browns games at his stadium in St. Louis. Others contend that not until Harry M. Stevens brought the hot dog to the Polo Grounds in New York City did hot dogs become a popular ballpark snack.

In stadiums today, hot dogs are available throughout the ballpark, hawked by vendors carrying buckets like the one in the Museum’s collection.

For modern vendors, the bucket handle has been replaced with an over-the-shoulder strap to better help them bear the 40-pounds of the fully loaded bin.

Further west, the Diamondbacks have created a sweet Churro Dog: A cinnamon churro served on a donut “bun” and topped with frozen yogurt, whipped cream, caramel and chocolate sauce. Miller Park in Milwaukee, meanwhile, is a MLB outlier as the only stadium that typically sells more sausages than hot dogs each season. 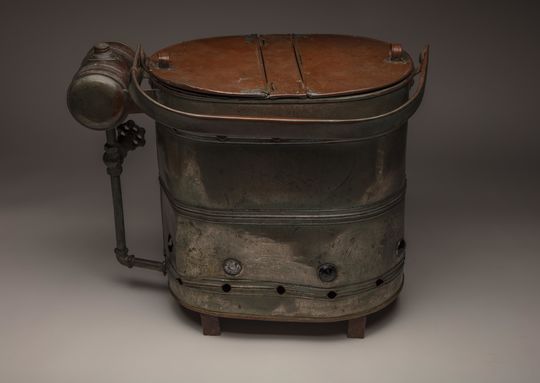 This hotdog bucket used by vendors is preserved in the Hall of Fame's collection. (Milo Stewart Jr./National Baseball Hall of Fame and Museum) 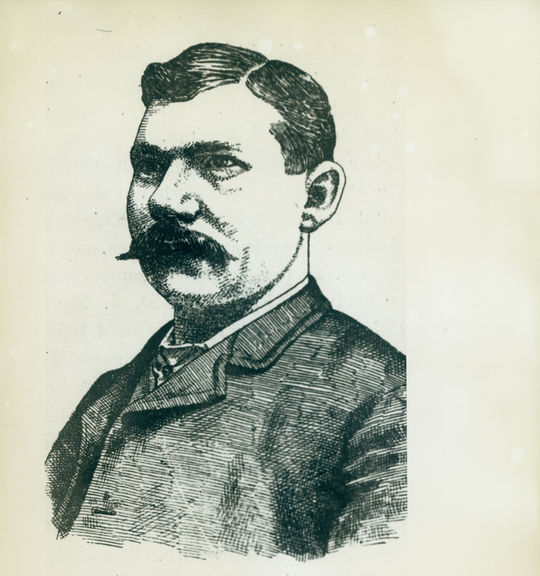 Some credit German immigrant Chris Von der Ahe with starting the hot dog craze in the 1890s when he started selling franks during Browns games at his stadium in St. Louis. (National Baseball Hall of Fame and Museum)

But hot dogs are not just for the fans – baseball great Babe Ruth was a hot dog enthusiast. Once he reportedly devoured twelve hot dogs and drank eight bottles of soda between the games of a doubleheader, landing himself in the hospital with a severe case of indigestion. This rumor was later proved false, and, like millions of other baseball devotees, the Babe was able to continue his love affair with hot dogs. 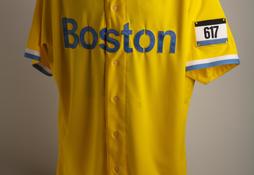 The Boston Red Sox chose to honor the annual Boston Marathon with a bright yellow wardrobe as their City Connect jersey on April 17, 2021. 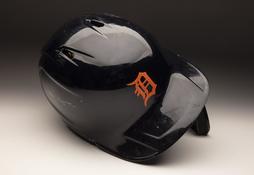 Miguel Cabrera's 500th home run helmet and 3,000th hit jersey made their way to the Hall of Fame. 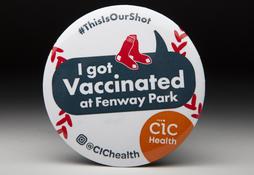 #Shortstops: A Shot in the Park

A pin given to patrons receiving the vaccine at Fenway Park shows future generations the unusual challenge baseball, and the entire world, faced during the pandemic. 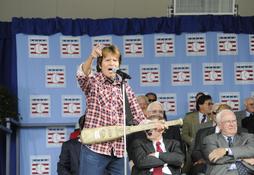 The famous "Slugger" guitar used by John Fogerty is preserved in the Hall of Fame.