#Shortstops: Phantoms of the Fall Classic

Ever wonder what happens to the World Series tickets made for teams that just miss out on the Fall Classic?

As it turns out, many of them end up in Cooperstown.

Long before the days of mobile ticketing, the Oakland Athletics were primed and ready to host World Series games at the Oakland-Alameda County Coliseum in 1971, having already designed and printed tickets for a potential Fall Classic matchup in the Bay Area.

But these tickets wouldn’t be taken at any gates. After winning 101 games and capturing the AL West division title, the A’s were swept in the ALCS by the Baltimore Orioles in three games. The Orioles and Pirates would meet in the World Series instead, with Pittsburgh capturing the title.

Thus, the 1971 World Series tickets, referred to as “phantom tickets”, were rendered useless, and are now preserved in the Hall of Fame’s Library archive, along with many other phantom tickets to series and games that never took place.

These four tickets would have admitted the user to Games 1, 2, 6 and 7, as the American League held the home field advantage regardless of which National League team advanced to the Fall Classic.

An illustration of Oakland’s mascot at the time, Charlie O. the Mule – named after team owner Charlie Finley – is printed on the tickets, which are designated for section 124, row 11, seat 4.

The Athletics’ 1971 run was fueled in large part by the play of three future Hall of Famers. Right fielder Reggie Jackson put together an All-Star season, batting .277 with 32 homers and an .860 OPS. Right-handed starter Catfish Hunter went 21-11 with a 2.96 ERA, while Rollie Fingers, who served as the club’s closer, posted a 2.99 ERA and a .959 WHIP while recording 17 saves. 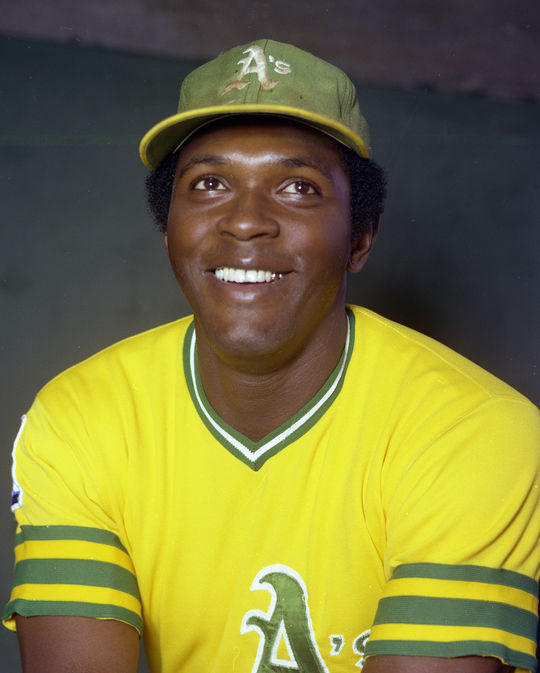 Vida Blue was the ace of the 1971 Athletics, capturing the AL Cy Young Award and the AL MVP Award after posting a league-leading 1.82 ERA. (Doug McWilliams/National Baseball Hall of Fame and Museum)

Left-hander Vida Blue was Oakland’s ace in 1971, leading the league with a 1.82 ERA and capturing both the AL Cy Young Award and the AL MVP Award. Rounding out the team’s dominant rotation, along with Blue and Hunter, were Chuck Dobson, Diego Segui and Blue Moon Odom. Oakland’s pitching staff combined for a sparkling 3.05 ERA in the regular season.

But in the ALCS, the A’s squared off with another talent-laden team in the Orioles, who had also won 101 games in the regular season en route to the AL East title. Brooks Robinson starred at third base for Baltimore, while Frank Robinson patrolled right field.

In Game 1, Blue was bested by Orioles starter Dave McNally. Blue gave up an uncharacteristic five runs on seven hits and took the loss, as the A’s fell 5-3 at Memorial Stadium.

“It had to hurt them, beating their ace in the first game,” Brooks Robinson told the Oakland Tribune. 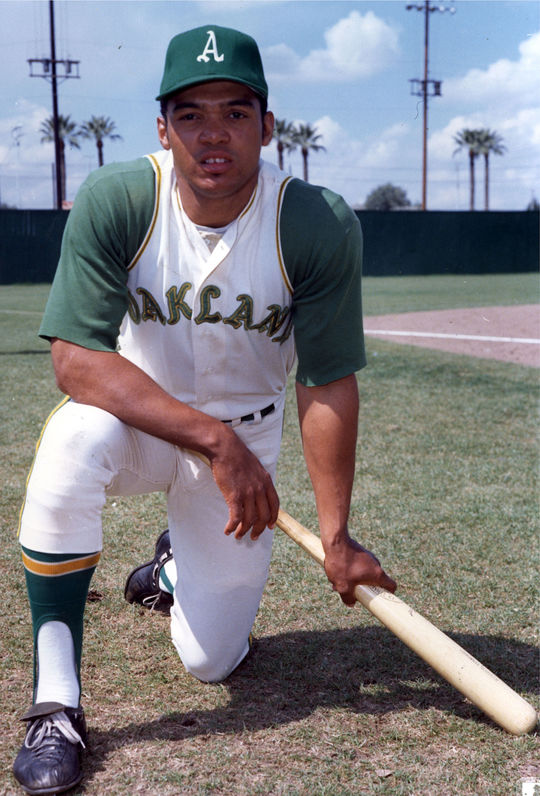 Reggie Jackson batted .333 with two homers in the 1971 ALCS, as Oakland was swept by Baltimore. (National Baseball Hall of Fame and Museum)

Hunter faltered as well in Game 2, surrendering a solo shot to Brooks Robinson to open the scoring, and ultimately giving up five runs on seven hits. Oakland’s offense could only muster a single run against Mike Cuellar.

As the series moved to Oakland with the A’s aiming to stay alive, Segui took the mound for Oakland against Palmer. Dobson had been slated to start the game but couldn’t pitch due to arm pain.

Jackson seemed to have Palmer figured out, as he went 3-for-4 with two homers, but Brooks Robinson responded by going 2-for-5 with two RBI, and the Orioles completed the sweep with a 5-3 victory.

“Today was a big game. And we lost our guy, Chuck,” Jackson said. “This ruins everything.

“When I came to the park today, I didn’t want to say that old cliché, ‘Get ‘em next year.’ You’d have to force that down my throat.” 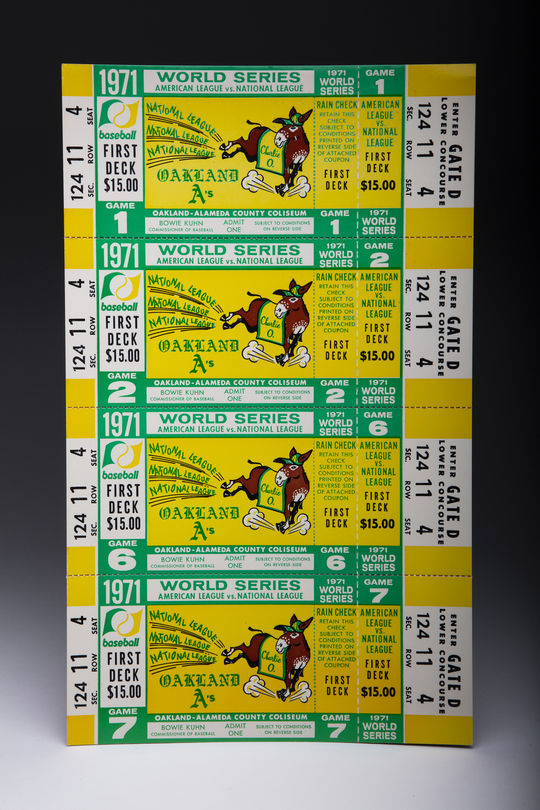 The 1971 Athletics were swept by the Orioles in the ALCS, rendering these World Series tickets useless. (Milo Stewart Jr./National Baseball Hall of Fame and Museum)

Thus, for the next three years, it would be rings rather than phantom tickets that would represent the A’s in the Hall of Fame’s collection. 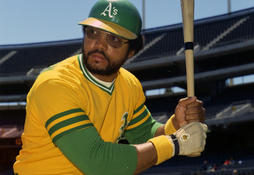 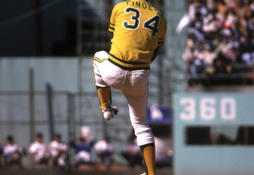 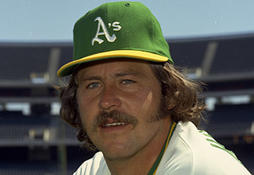 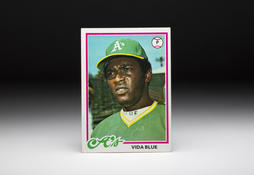 This 1978 Topps card features Vida Blue just seven years after he had one of the greatest seasons of any pitcher in baseball history.