A pair of Windy City legends, Lee Smith and Harold Baines, who went on to play big league ball for four decades, combined for 13 All-Star game selections and spent a season as major league teammates, are now teammates on the most formidable squad the national pastime has to offer.

The first two members of the National Baseball Hall of Fame Class of 2019 were announced by Hall of Fame President Jeff Idelson live on the MLB Network on Sunday evening, Dec. 9. The two bring the total to 325 elected members of the Cooperstown shrine.

Smith, the imposing closer, and Baines, the longtime designated hitter, were among the six former big league players, three managers and one executive that comprised the 10-name Golden Era ballot that was voted upon at the Baseball Winter Meetings in Las Vegas. The Today’s Game Era is one of four Eras Committees which provide an avenue for Hall of Fame consideration to managers, umpires and executives, as well as players retired for more than 15 seasons.

Minutes after the Hall of Fame news was released, Smith and Baines, Baltimore Orioles teammates in 1994, were on conference calls with the media sharing their thoughts on the career-topping moment.

Smith, who was on a tractor working on his driveway when he got the important call, said he sometimes grew frustrated by the election process, having appeared on the Baseball Writers’ Association of America ballot the then-maximum 15 times from 2003-17. 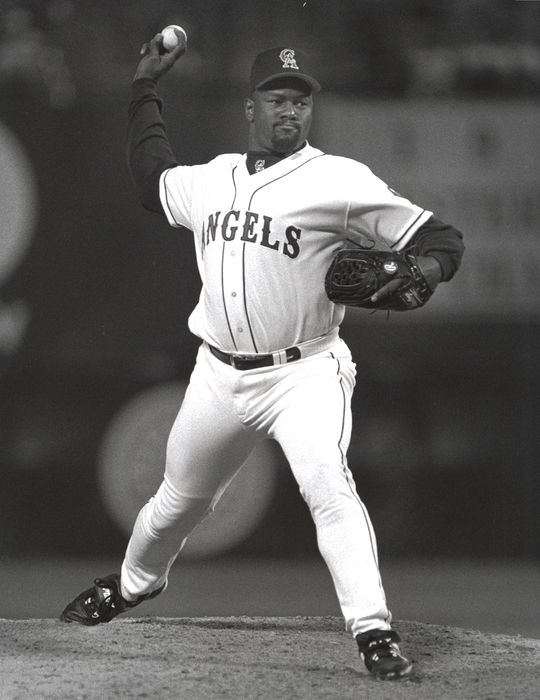 “Toward the middle of my time on the BBWAA ballot I started to second guess myself a little bit. But I always looked at the next year and who was going to be on the ballot,” said Smith, who celebrated his 61st birthday only five days ago, on Dec. 4. “It was tough. I’m a pretty patient fellow and I think I waited long enough. But I never gave up hope. Today is probably the most nervous I’ve been with the Hall of Fame voting.”

One of baseball’s premier closers in the 1980s and ‘90s, Smith was an imposing 6-foot-5 figure atop the pitching mound. He spent eight of his 18 seasons for the Cubs, with time also hurling for the Red Sox, Cardinals, Yankees, Orioles, Angels, Reds and Expos. The all-time saves leader at the time of his retirement with 478, 169 of which were of more than one inning, he was a seven-time All-Star who led his league in saves four times and topped the 30-save mark in 11 seasons.

“You have to have really thick skin to be a reliever,” said Smith. “The one thing I learned myself was when you’re going good don’t get too high and when you’re struggling a little bit don’t beat yourself up. It’s a game. If I can go home and put my head on the pillow and say, ‘I did the best that I possibly could,’ I can’t second-guess myself.”

Smith held the all-time saves record for 13 years, from 1993 to 2006, before 2018 Hall of Famer Trevor Hoffman eclipsed it in 2006. His 478 saves now rank third all-time behind Mariano Rivera, who is on the 2019 BBWAA ballot, and Hoffman. With his menacing glare, he converted 82 percent of his save opportunities, led the league in saves four times, and averaged 8.7 strikeouts every nine innings. 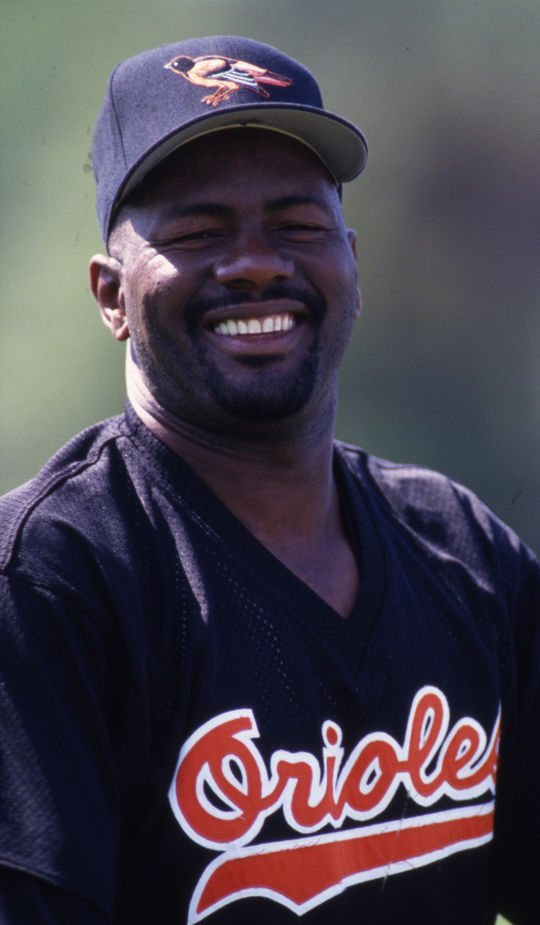 A seven-time All-Star, Lee Smith was the all-time saves leader from 1993-2006. (Rich Pilling/National Baseball Hall of Fame and Museum)

“There’s nothing negative you can say about this young man,” said Smith about Rivera, who he might be sharing an induction stage this summer in Cooperstown. “The things he did were unbelievable with one pitch. Everybody knew what was coming but they still couldn’t hit it. That tells you something.”

Baines, a Maryland native who spent seven seasons with his hometown Orioles, was with the White Sox for 14 of his 22 seasons, a career that also included stops with the Rangers, Athletics and Indians. When he retired after the 2001 season, he was the all-time leader among designated hitters in games, runs, hits, homers and RBI. He finished with 2,866 hits and 1,628 RBI, an RBI total that ranks 34th all-time. A six-time All-Star as an outfielder and DH, Baines was the No. 1 overall pick in the 1977 MLB Draft and was a two-time winner of the Designated Hitter of the Year Award, now named the Edgar Martinez Award.

“First of all I’m very humbled and honored for this good news today,” said a measured and soft-spoken Baines in his initial comments to the media. “I’m very grateful to the Veterans Committee for thinking that I’m worthy of this Hall of Fame honor today. I’m very shocked today.” 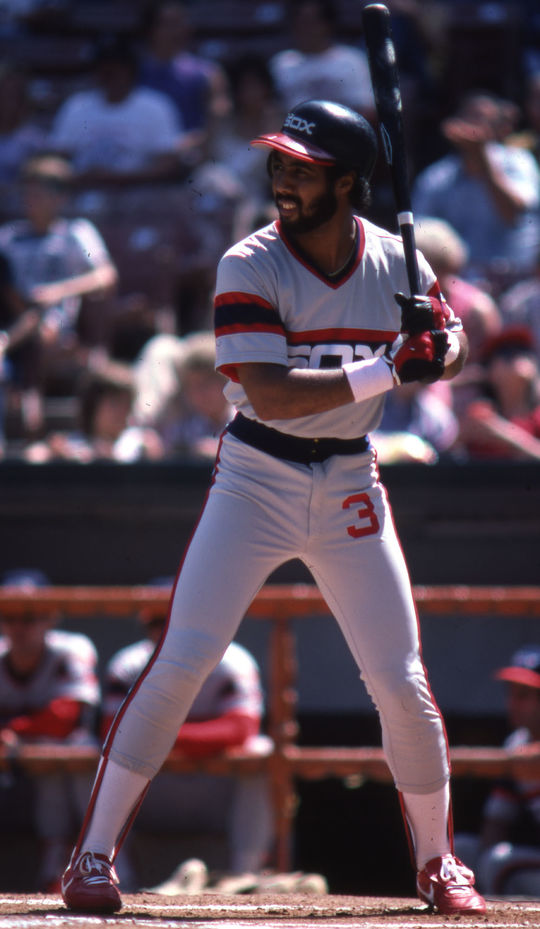 “It’s always been tough for DH’s to get in the Hall of Fame, so hopefully this will open the door for some more guys to get in,” he said. “From everything I hear or read it’s that DH’s are really not part of the game, I guess. But I disagree.” 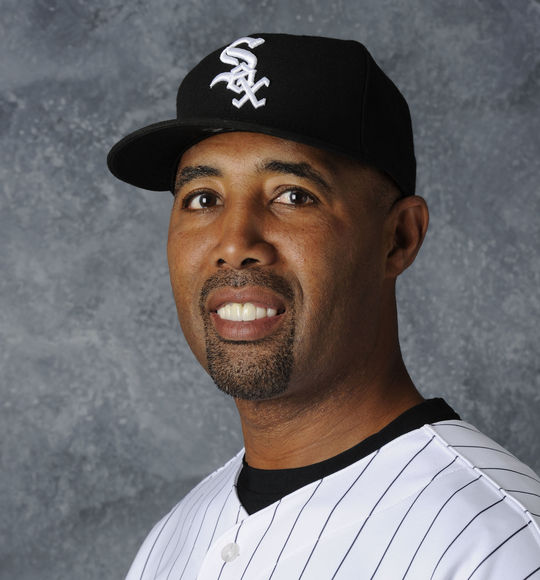 “Today was very surprising,” Baines added with a chuckle. “I wasn’t expecting this day to come. I had a great career, and I’m very proud of it, but I think any player will tell you he doesn’t play the game of baseball to try and get into the Hall of Fame.

“When I got today’s call from the Hall of Fame it was just and my wife and the dogs. We were very shocked when we got the phone call. I wasn’t really expecting it, but I’m very grateful that it happened. I have four wonderful kids that are very proud of their dad today. After it was announced we called everybody and my phone hasn’t stopped ringing yet.”

During their long career, Baines faced Smith seven times, batting 2-for-5 against him (two singles) with a pair of walks.

Smith and Baines will be inducted in Cooperstown on July 21, 2019, along with any electees who emerge from the BBWAA election, to be announced on Jan. 22, 2019.