The Hall of Fame collection in its entirety contains more than 40,000 artifacts. These are the officially accessioned bats and balls and gloves – the ones that are preserved forever in Cooperstown.
But dozens of other pieces also live with the Hall of Fame’s Education Department, where they serve as hands-on learning tools for students of all ages.

Adding to its collection of about 100 artifacts, the Education Department recently received two vastly different but equally compelling donations in the past couple of months. One tells the story of a minor league baseball team forming a partnership with the Spokane Tribe of Indians; the other, the tale of a Cooperstown-based baseball player following his dream to the big leagues. Both were donated in hopes that they would be used for the purpose of educating future generations of baseball fans.

The Spokane Indians are a short-season Class A affiliate of the Texas Rangers, based out of Spokane, Wash. For more than 100 years, the team has been partners with the Spokane Tribe of Indians, inhabiting northeast Washington, northern Idaho and western Montana. The tribe and team worked together in 2006 to develop an emblem representing both parties: an “S” outlined in the Indians’ signature pale blue, crossed by a feather as an icon of the tribe.

“Over the last 20 years, we’ve had a more integrated relationship with the tribe,” said Otto Klein, Senior Vice President of the Indians. “This logo rebrand for the team was the first time in history that a team had worked in collaboration with a Native American tribe for a logo. We’ve done a lot of projects since then. In 2014 we introduced an alternate uniform that featured “Spokane” in Salish (Native American language) across the chest of our uniform. Back then it was an alternate uniform, we wore it for a little bit less than half the games. In 2015 it became our primary uniform. In 2016, we started wearing it every day.” 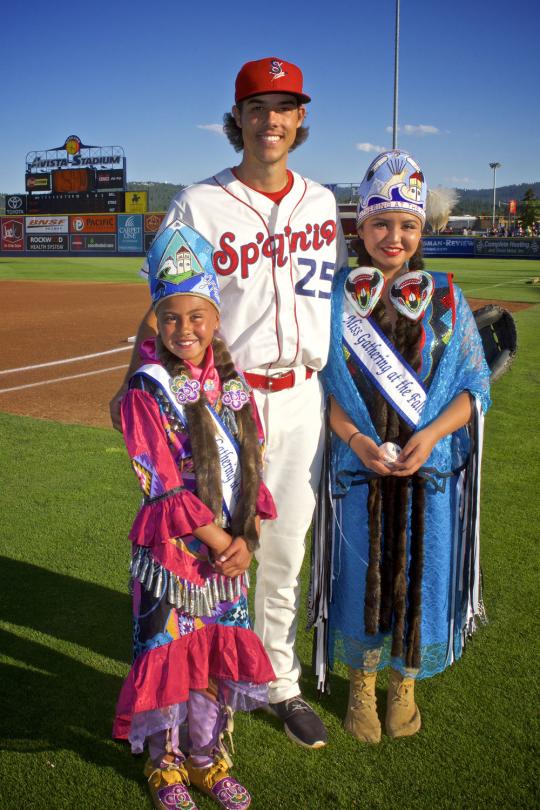 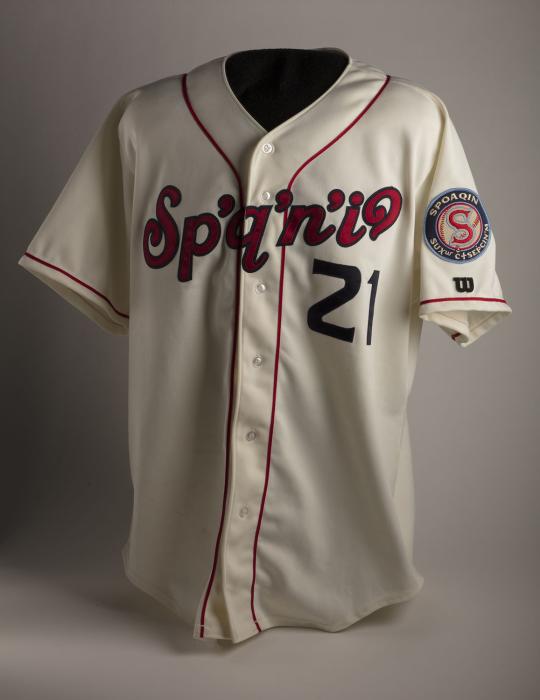 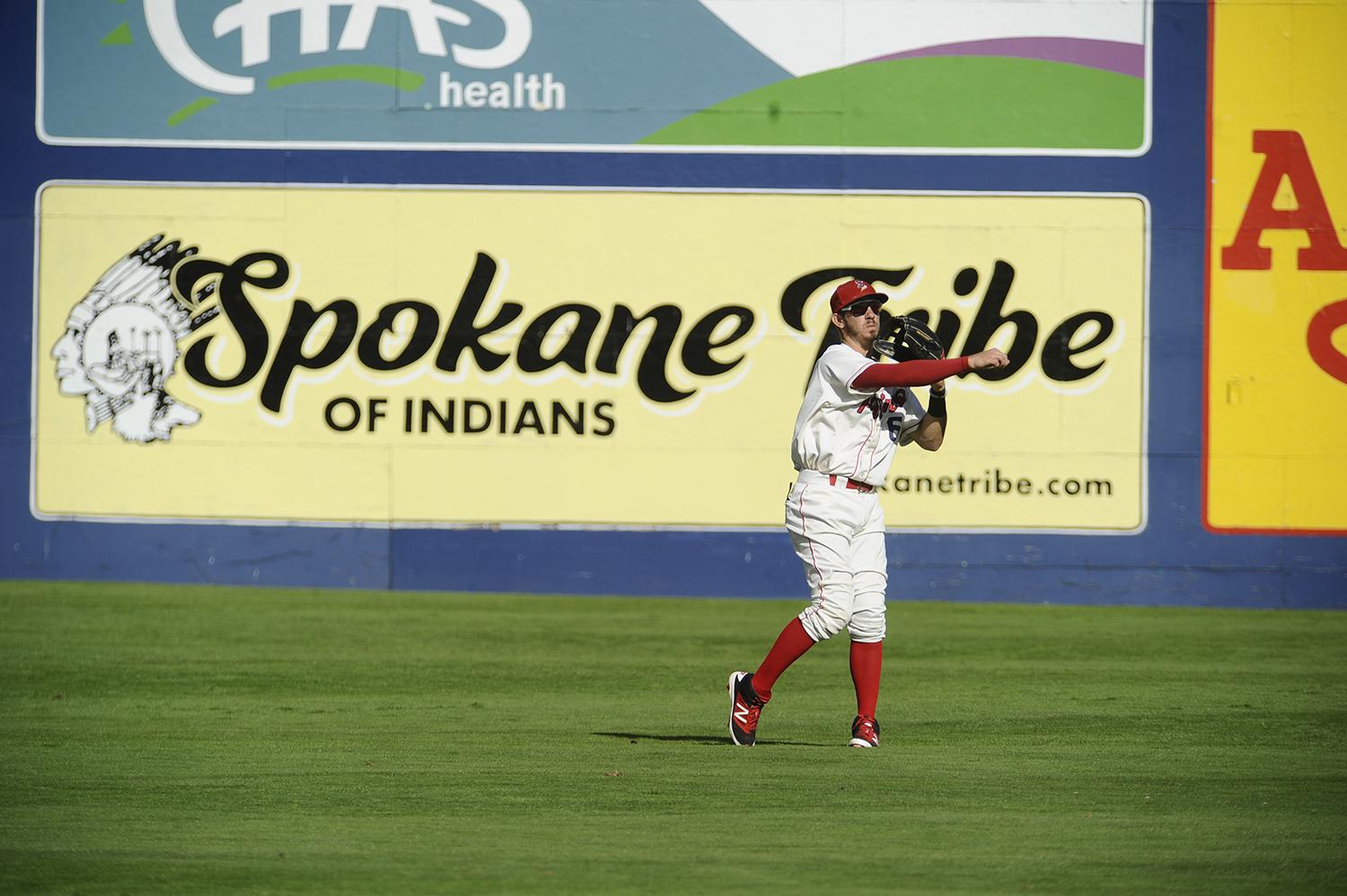 The Spokane Indians donated two jerseys depicting Salish across the front to the Hall of Fame. One will go into the Hall’s collection, the other will be used in lesson plans for the Education Department. In addition, the team sent four different designs of Spokane Indians caps, three of which feature the Tribe’s native language.

“These artifacts present a great opportunity to show students what can be accomplished when two parties work together,” said Director of Education Stephanie Hazzard. “They tell an important story of respect and understanding for different cultures.”

Prior to the Spokane Indians’ donation, came two artifacts from Phil Pohl, a bullpen catcher for the Oakland Athletics who grew up in Cooperstown. Pohl donated his catcher’s mitt to the Education Department, and his catcher’s mask to the Museum, where it is currently on display in the Today’s Game exhibit. Students will be able to try on the mitt, as an example of both the evolution of baseball gear and the rewards of perseverance and hard work.

“Phil’s glove is a great example of a player from Central New York who has gone on to be a part of a Major League organization,” Hazzard said. “Students are given the opportunity to handle the glove and make the connection, in their backyard.”

For Pohl, the donation was a way of giving back to a local institution that played a big role in where he is today.

“If there’s a place to retire your gear it’s the Hall of Fame,” Pohl said in an interview. “I definitely remember going to the Hall when I was younger. It was a huge driving force for me. We were huge baseball fans, and played Little League, so I was in and out quite a bit.

“My [catcher’s glove] was the glove I’d used for the last five years,” he continued. “And if it inspires one kid, then it’s done more than its job.” 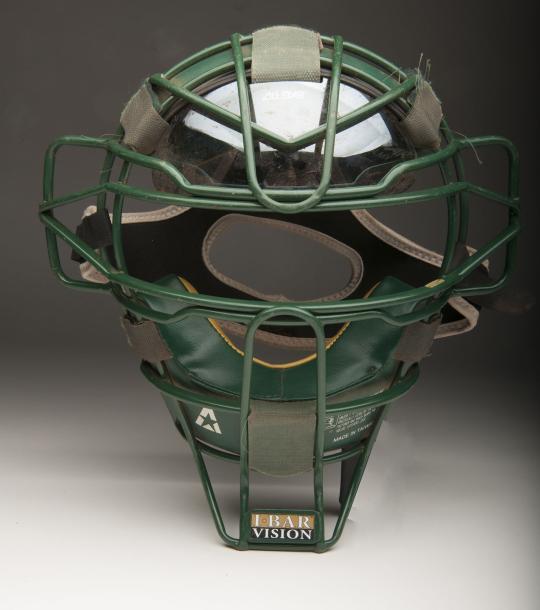 Former Cooperstown resident and current Oakland Athletics bullpen catcher Phil Pohl donated this mask to the Hall of Fame, as well as a catcher's mitt to the Hall's Education Department. He used both during the 2016 season. (Milo Stewart Jr. / National Baseball Hall of Fame) 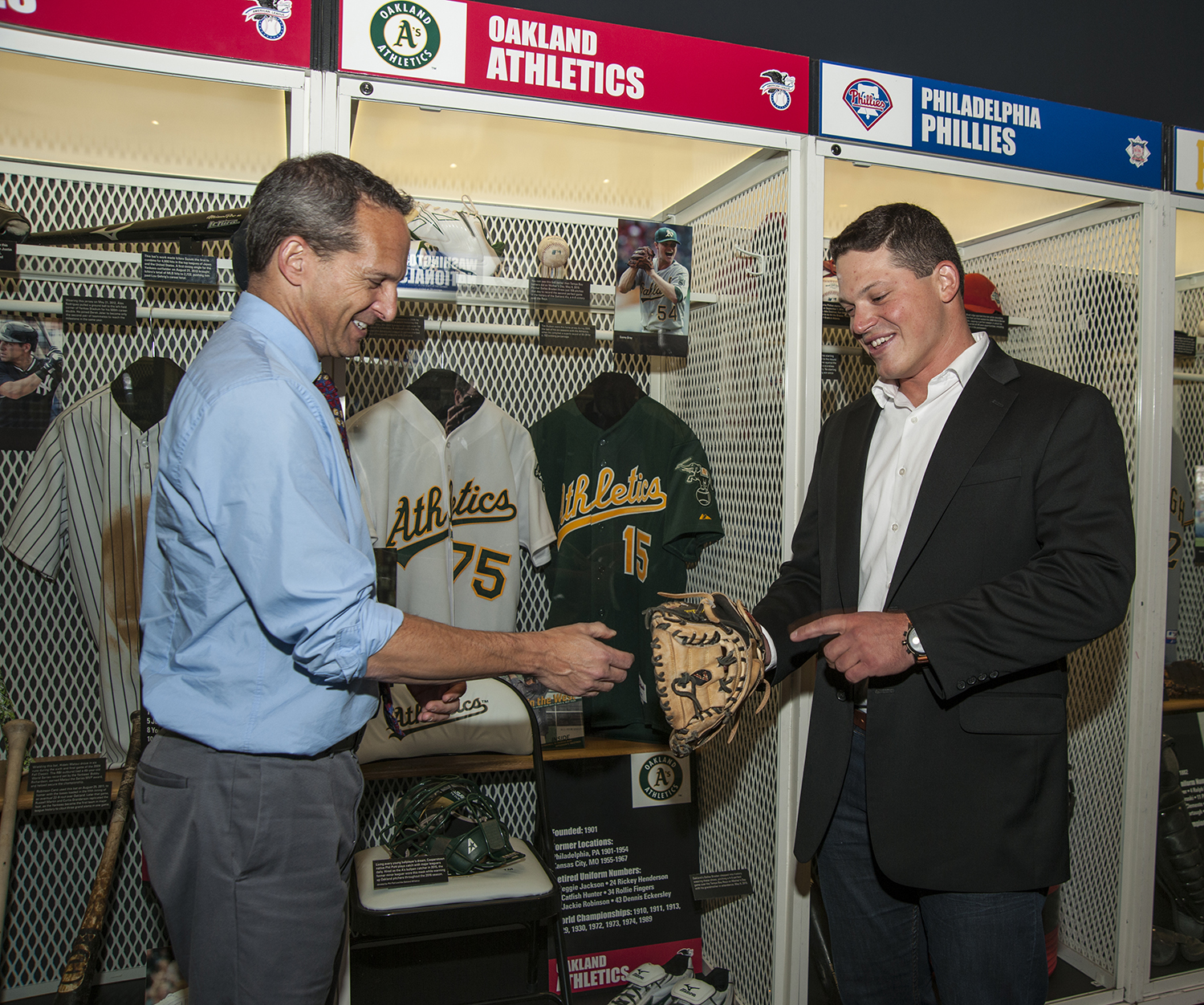 Cooperstown’s Phil Pohl experiences Hall of Fame as never before

Phil Pohl grew up in Cooperstown. But despite numerous trips to the Hall of Fame, he never thought he’d find himself looking at his artifacts on display in the Museum.

On July 12 at the Hall of Fame, real-life versions of “The Sandlot Kid" gathered in the Museum's Grandstand Theater, commemorating their donations to the Hall of Fame's Library. Though the Gallery is one of the Hall’s most famous wings, there will be plenty of time for that later. Payne knows there is a wealth of knowledge – and valuable lessons – waiting to be discovered elsewhere.