Join us for a special program with the Spokane Indians, a minor league baseball team, based out of Spokane, Wash. For more than 100 years, the team has been partners with the Spokane Tribe of Indians, inhabiting northeast Washington, northern Idaho and western Montana.

The tribe and team worked together in 2006 to develop an emblem representing both parties: an “S” outlined in the Indians’ signature pale blue, crossed by a feather as an icon of the tribe. In 2014, the Indians introduced an alternate uniform that featured “Spokane” in Salish (Native American language) across the chest of their uniform. Today, the uniform is worn every day.

Join the team's Senior Vice President, Otto Klein Council Elder Tiger Peone of the Spokane Tribe of Indians to learn more about the relationship between the team and the local tribe as well as the successful initiatives of this partnership including the Redband Rally Campaign to protect the native Redband Trout!

The Spokane Indians have donated numerous items to the museum, including a jersey depicting Salish across the front to the Museum's permanent collection. Hear more about this and other items used for the museum's Education Department. 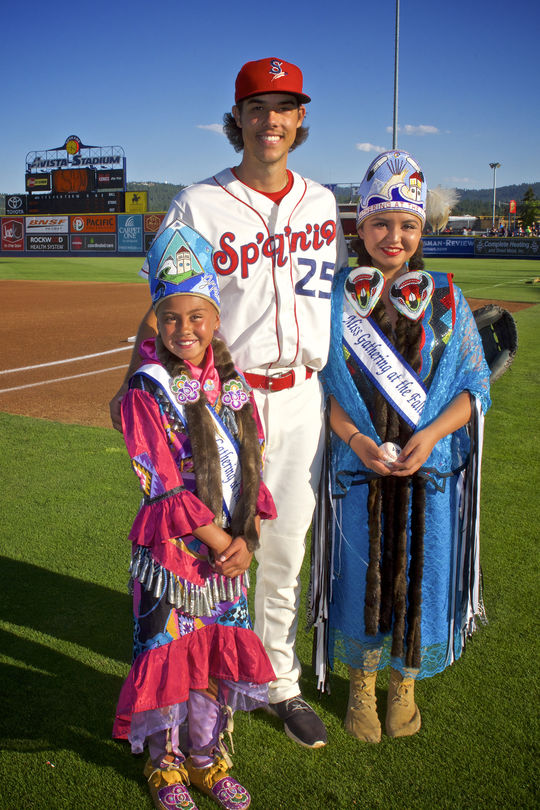 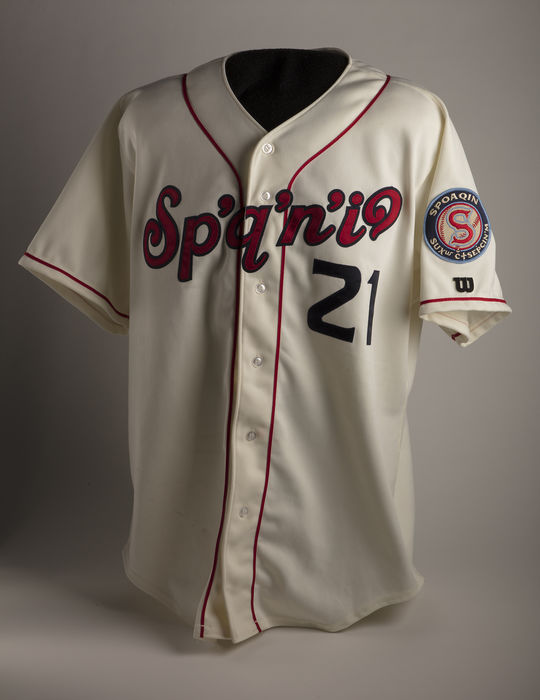