The image is forever captured on video, and locked in the hearts of anyone who stepped in the batter’s box against Randy Johnson.

It was the 1993 All-Star Game in Baltimore, and the Phillies’ John Kruk – a left-handed hitter – came to the plate in the third inning against Johnson, the game’s most dominant left-handed pitcher. The next thing Kruk knew, a fastball breezed over his helmet.

Kruk managed a grin, grabbed his jersey to indicate his heart was palpitating…and swung feebly at two outside pitches to end the at-bat with a strikeout.

Kruk later called the at-bat a success – because he had survived.

For Johnson, it was one moment of many that defined him as one of the most intimidating pitchers of all-time – and one of the greatest of his generation.

“Nobody wants to face him, especially the left-handed hitters,” said former teammate Brian Anderson when Johnson joined the Diamondbacks. “He strikes fear.”

Johnson debuts on the Baseball Writers’ Association of America Hall of Fame ballot this fall, one of 34 players on the 2015 BBWAA ballot for the Class of 2015. 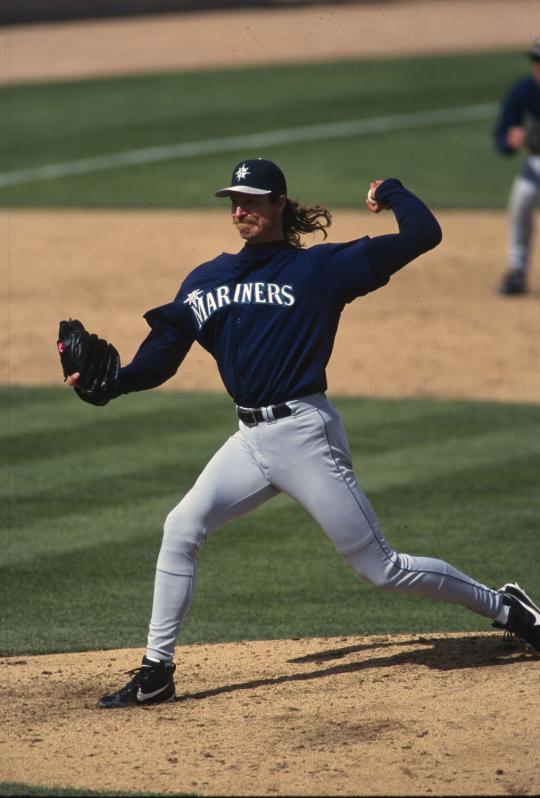 Born Sept. 10, 1963 in Walnut Creek, Calif. – a San Francisco suburb – Johnson was an elite athlete who used his height to his advantage in both baseball and basketball. He turned down the Atlanta Braves after they drafted him in the fourth round in 1982, opting for a combination baseball/basketball scholarship at the University of Southern California.

Johnson began concentrating solely on baseball following his sophomore year and was drafted by the Expos in the second round in 1985. This time, Johnson turned pro.

“I just enjoy baseball a lot more (than basketball),” Johnson said as a minor leaguer in the Expos system.

The control problems that plagued Johnson as a collegian also surfaced in the minor leagues, but Johnson displayed his 97-mph fastball as well – earmarking him as a big league prospect.

By 1988, the Expos has brought Johnson to the big leagues – making the 6-foot-10 Johnson the tallest player in big league history. But midway through the 1989 season, Montreal dealt Johnson to the Seattle Mariners in a trade that brought star lefty Mark Langston to the Expos. For the next three-and-half years, Johnson struggled to find his control – showing spurts of dominance (including his June 2, 1990 no-hitter against the Tigers) while leading the American League in walks three times.

In August of 1992, Johnson sought out the Rangers’ Nolan Ryan, who was nearing the end of his Hall of Fame career. Ryan suggested that Johnson make a few adjustments to his delivery, and on Sept. 27 Johnson faced Ryan in a game at Arlington Stadium. Johnson threw 160 pitches in eight innings, striking out 18 Rangers in a game Texas won 3-2.

From virtually that point on, Johnson was a different pitcher.

“I told Randy he could be the most dominating pitcher in baseball if he would just work on his game,” Ryan said in 1992. “He was a lot like me when I was younger. He was just pitching and not doing a lot of thinking.”

As a free agent following the playoffs, Johnson was one of the most sought-after players in the game. But at 35 years old, some thought Johnson’s best days were behind him.

Instead, they were just beginning. 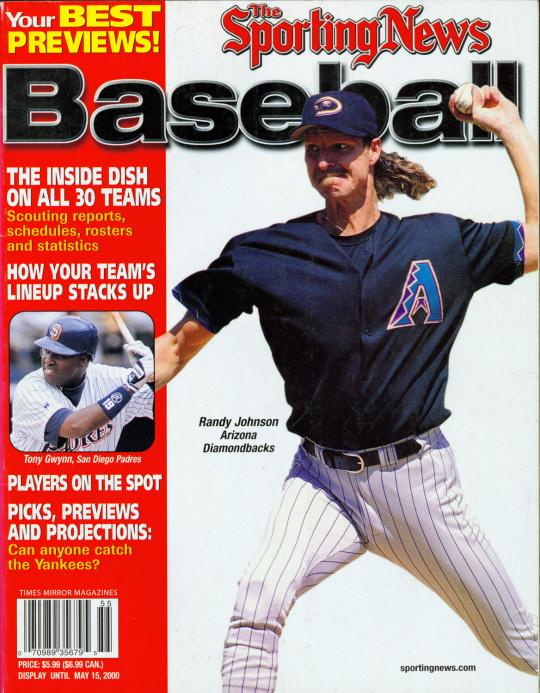 Johnson signed a four-year deal with the Diamondbacks, and the second-year club instantly gained credibility – not to mention a legitimate ace. From 1999-2002, Johnson captured four straight National League Cy Young Awards, three ERA titles and struck out at least 334 batters each season. The ultimate triumph came in 2001 when Johnson was 21-6 in the regular season, then posted a 3-0 record in the World Series – sharing the Most Valuable Player honors with Curt Schilling and leading Arizona to a seven-game series win over the Yankees.

Johnson remained with the Diamondbacks through the 2004 season before Arizona traded the 41-year-old fireballer to the Yankees. Johnson won 34 games in two seasons with New York before heading back to the Diamondbacks for two more seasons. He finished his career in 2009 with the Giants, where he won his 300th career game.

After he signed with Arizona prior to the 1999 season, Johnson posted more than half – 160 – of his 303 career victories.

In 22 seasons, Johnson led his league in strikeouts nine times, earned four ERA titles and recorded 100 complete games to go along with 37 shutouts. He was named to 10 All-Star Games, and only four left-handed pitchers (Warren Spahn, Steve Carlton, Eddie Plank and Tom Glavine) have ever won more games.

His 4,875 strikeouts rank No. 2 all-time behind Ryan’s 5,714, and his 10.61 strikeouts per nine innings rank first all-time. Johnson owns six of the 33 300-strikeout seasons in the history of the game. Five of the top 11 single-season strikeout seasons belong to the pitcher known as the Big Unit. 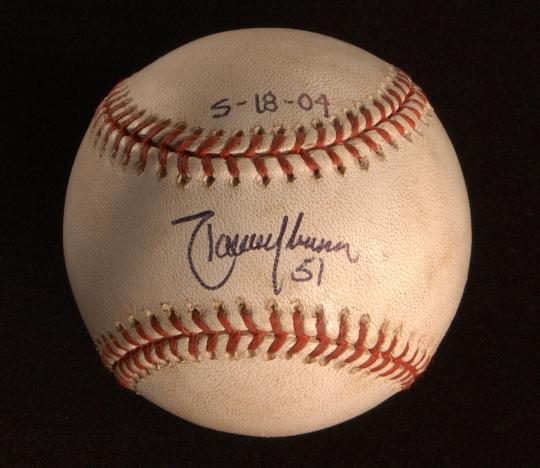 Ball from Randy Johnson's perfect game, a 13-strikeout gem pitched at Atlanta's Turner Field on May 18, 2004. At 40 years of age, the D-backs southpaw broke a record set a century before, when a 37-year-old Cy Young tossed a perfecto on May 5, 1904. 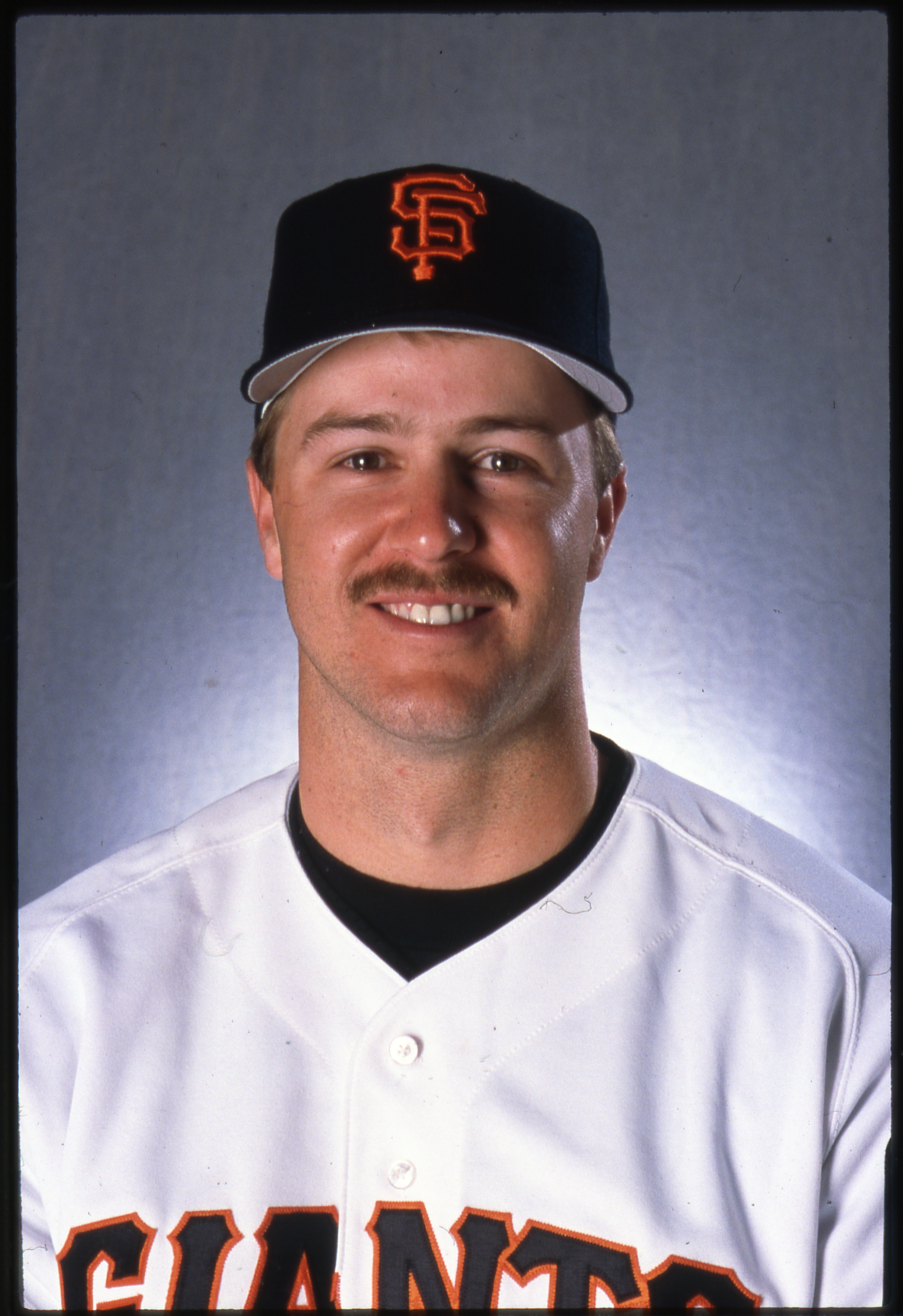