(COOPERSTOWN, NY) – Bob Costas, who has passionately and poignantly called games and narrated the baseball experience for four decades, has been selected as the 2018 recipient of the Ford C. Frick Award, presented annually for excellence in broadcasting by the National Baseball Hall of Fame and Museum.

Costas will be recognized during the Hall of Fame Awards Presentation on Saturday, July 28, as part of Hall of Fame Weekend 2018. Costas becomes the 42nd winner of the Frick Award, as he earned the highest point total in a vote conducted by the Hall of Fame’s 15-member Frick Award Committee.

“For almost 40 years, Bob Costas has presented an incredibly thoughtful and informed voice on every game he calls for NBC, The Baseball Network and MLB Network,” said Jeff Idelson, President of the National Baseball Hall of Fame and Museum. “But it’s Bob’s pure affection for baseball that has made him a national treasure. From the first day he entered our living rooms, Bob became one of the National Pastime’s greatest friends.”

Born March 22, 1952, in Queens, N.Y, Costas graduated from Commack High School and enrolled in the Newhouse School of Public Communications at Syracuse University. Learning his trade at Syracuse, N.Y., stations while still in school, Costas graduated in 1974 and landed the play-by-play duties with the Spirits of St. Louis of the American Basketball Association on KMOX-AM. After handling regional NBA and NFL telecasts for CBS in the late 1970s, Costas moved to NBC in 1980. In 1982, Costas was paired with Sal Bando on the backup broadcast of NBC’s Major League Baseball Game of the Week package, then teamed up with 2009 Ford Frick Award winner Tony Kubek in the same role from 1983-89. 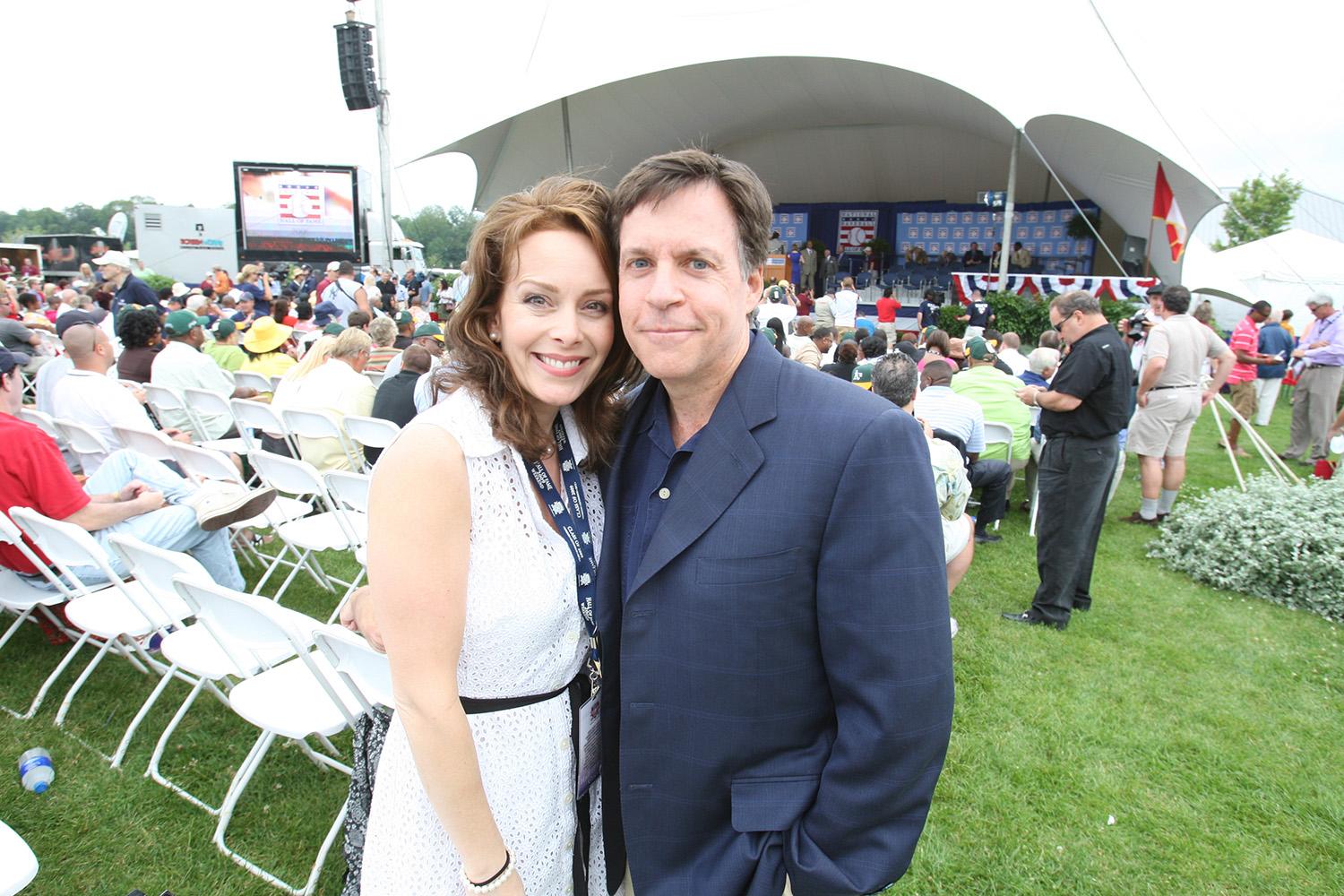 Bob Costas poses with his wife Jill Sutton at Hall of Fame Weekend in 2009. (Bill Greenblatt/National Baseball Hall of Fame and Museum)

In 2009, Costas – a 28-time Emmy Award winner – returned to baseball when he joined the new MLB Network, where he has called games and served as a documentary host for nine seasons.

The list of eight Frick Award finalists was constructed by a subcommittee of the electorate that included Enberg, McCarver, Miller, Nadel and Smith.

The Ford C. Frick Award is voted upon annually and is named in memory of the sportswriter, radio broadcaster, National League president and baseball commissioner. Frick was elected to the Hall of Fame in 1970. The complete list of Frick Award recipients includes:

As established by the Board of Directors, criteria for selection is as follows: “Commitment to excellence, quality of broadcasting abilities, reverence within the game, popularity with fans, and recognition by peers.”