Jane Forbes Clark is Chairman of the Board of Directors of The National Baseball Hall of Fame and Museum. A member of the Board since 1992 and Chairman since 2000, she provides substantial museum expertise, philanthropic insight and management skill in this leadership position. Clark is currently Chairman of Bassett Medical Center and a Director of the Bassett Healthcare Network. She also serves as President of The Farmers’ Museum, The Clark Foundation, The Scriven Foundation and The Clara Welch Thanksgiving Home, as well as a Trustee of the Fenimore Art Museum. She was a Trustee, Past President and CEO of the United States Equestrian Federation. Her previous roles have also included Vice Chairman of The Jackie Robinson Empire State Freedom Medal Commission, Trustee of The Little League Foundation, and past Vice Chairman and Trustee of The United States Equestrian Team and past Director of The United States Olympic Committee. She also served eight years as an Executive Board Member of the Fédération Equestre Internationale and Chairman of its Group IV. A recipient of many awards and honors, Jane has been recognized by the Preservation League of New York State with its Pillar of New York award; The Garden Club of American with the Zone Historic Preservation Award; the Fire Department of the City of New York with their Humanitarian of the Year award; Harlem R.B.I.; the Baseball Assistance Team; and is a member of the Boys’ Club of New York All Sports Hall of Fame. The Clark family has been a devoted steward of the Baseball Hall of Fame since Stephen C. Clark founded the Museum in 1936. 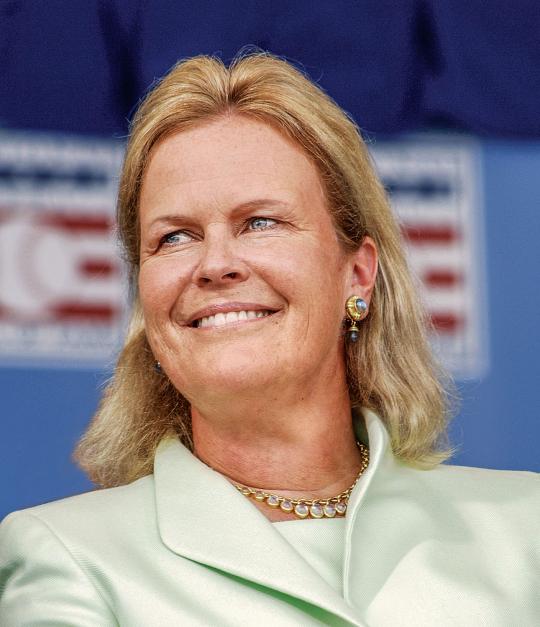 Jane Forbes Clark, Chairman of the Board

Elected director and treasurer in 1992, Kevin S. Moore is president of The Clark Estates, Inc., a financial and business management company. Prior to joining The Clark Estates, he was president, chief executive officer and director of Jet Capital Corporation. Moore serves as a director on the governing boards of several business organizations and many charitable organizations. Moore is chairman of the Board's Finance and Pension committees, and is a member of the Executive Committee. 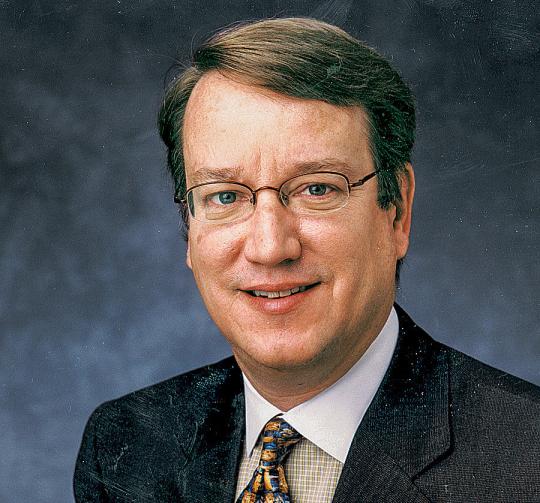 Elected to the Board in 1998 and a member of its Executive Committee, Paul Beeston served as president and chief operating officer of Major League Baseball from July 1997 to March 2002. He reported directly to the commissioner and was responsible for all phases of Baseball's central offices. An accomplished Toronto Blue Jays executive, he has served in many capacities, most notably as president and chief executive officer for nine years. 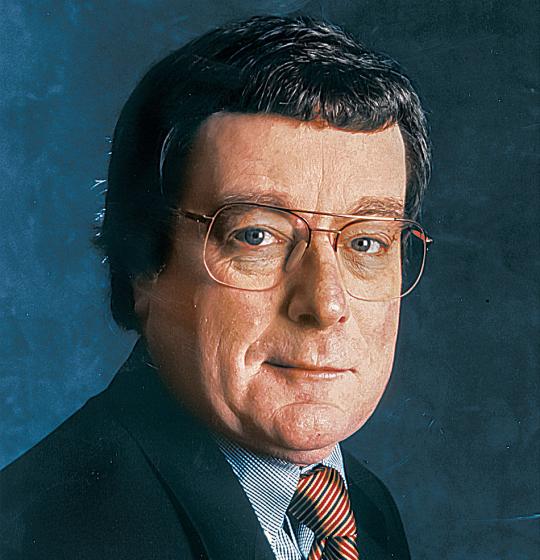 Elected to the Board of Directors in 2021, Craig Biggio was inducted into the Hall of Fame in 2015 following a 20-year career with the Houston Astros as a catcher, second baseman and center fielder. A seven-time All-Star and member of the 3,000-hit club, Biggio earned four Gold Glove Awards and five Silver Slugger Awards. Now a Special Assistant to the General Manager with the Astros, Biggio was named Major League Baseball’s Roberto Clemente Award winner in 2007 for his efforts in the community. 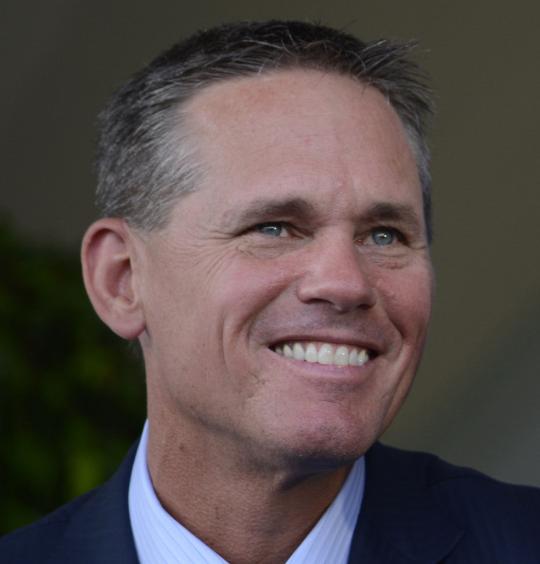 A director since 1998, William O. DeWitt Jr is chairman of the board and general partner of the St. Louis Cardinals. He is also president of RD Investment Group, a Cincinnati-based investment firm. DeWitt, whose father was a career baseball executive and club owner with the St. Louis Browns, New York Yankees, Detroit Tigers, Cincinnati Reds and Chicago White Sox, has also been a minority owner of the Texas Rangers, Baltimore Orioles and the Reds. He serves on the boards of a number of privately held companies and has worked in a number of civic and charitable organizations. DeWitt is a member of the board's Nominating and Development committees. 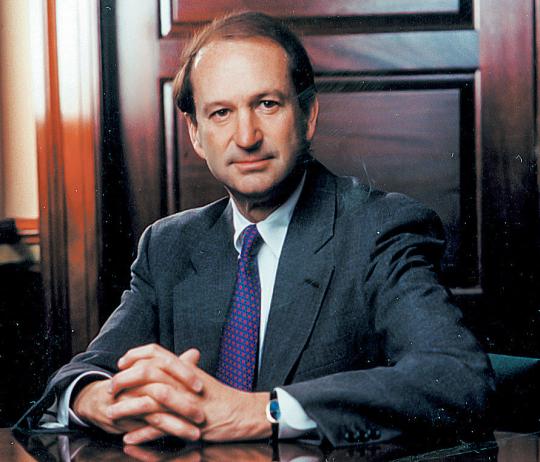 Tom Glavine, elected to the Board of Directors in 2021, won 305 games with the Braves and Mets over a 22-year big league career that earned him Hall of Fame induction in 2014. Glavine won the National League Cy Young Award in both 1991 and 1998 and was named the 1995 World Series Most Valuable Player for leading the Braves to their first World Series title in Atlanta. A 10-time All-Star, Glavine served as a respected voice during Collective Bargaining Agreement negotiations as a player representative throughout his career. 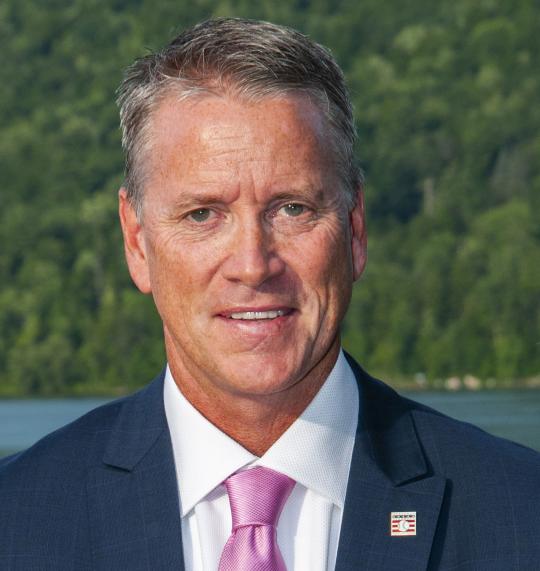 Ken Griffey Jr. was named to the Board of Directors in 2021, five years after he was elected to the Hall of Fame with what was then the highest percentage ever recorded in the Baseball Writers’ Association of America election. During 22 season with the Mariners, Reds and White Sox, Griffey Jr. hit 630 home runs, was a 10-time Gold Glove Award winner in center field, earned 13 All-Star Games selections and won the 1997 American League Most Valuable Player Award. As a Senior Adviser to MLB Commissioner Rob Manfred, Griffey’s work focuses on youth development and improving diversity at the game’s amateur levels. 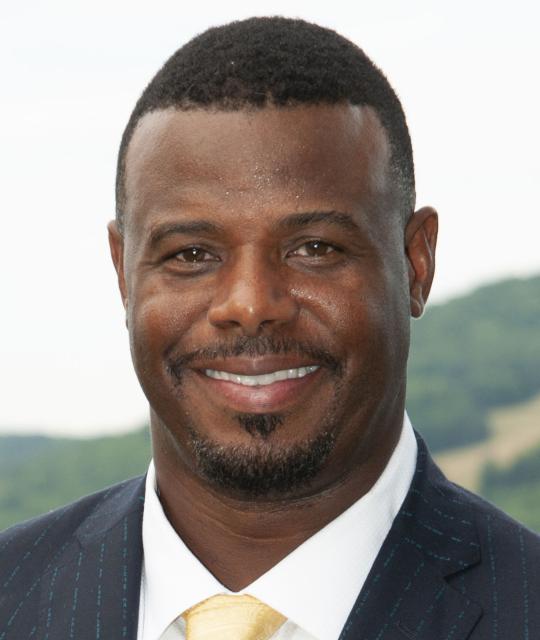 Appointed to the Board of Directors in 2020, Ken Kendrick has served as the Diamondbacks’ Managing General Partner since 2004. In that time, Kendrick has led the Diamondbacks’ efforts in hosting the All-Star Game at Chase Field in 2011, opening a state-of-the-art Spring Training facility in Salt River Fields at Talking Stick and becoming one of the largest philanthropic entities in the Phoenix area with charitable contributions topping $70 million since the organization’s inception. 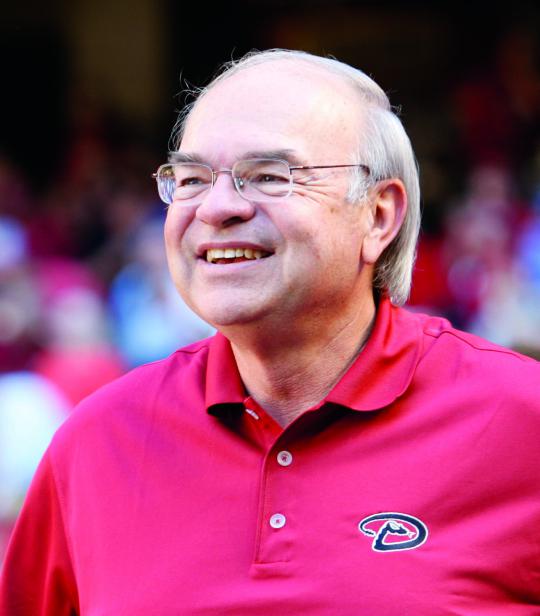 Robert D. Manfred Jr. was named to the Board of Directors in 2015. Manfred served as the Chief Operating Officer of Major League baseball from Sept. 30, 2013 until he took over as the Major League Baseball’s 10th Commissioner on Jan. 25, 2015. Manfred served as MLB’s Vice President for Labor Relations and Human Resources from 1998-2012, helping negotiate successful extensions of the Basic Agreement that have maintained labor peace in the game for more than two decades. 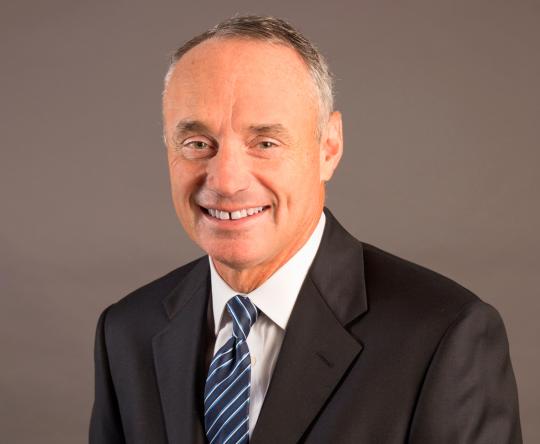 Elected as a director in 2018, Arte Moreno has guided the Los Angeles Angels as team owner since 2003. Along with his wife, Carole, Moreno’s work through the Angels Baseball Foundation supports investments in education, health care, arts and sciences, and community-related youth programs throughout Southern California. Through the Moreno Family Foundation, Arte and Carole support nonprofits focusing on youth and education. 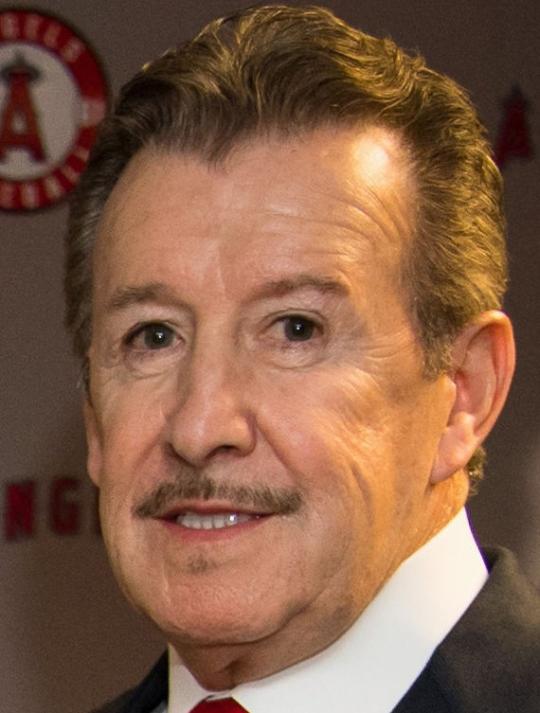 Elected to the Board of Directors in 2008, Jerry Reinsdorf is chairman of the Board of Directors of the Chicago White Sox. Since heading the limited partnership that purchased the White Sox in January 1981, Reinsdorf has been involved in Major League Baseball initiatives at an industry-wide level, as a member of the Executive Council, a past chairman of baseball's Ownership Committee and as a former member of the Player Relations Committee. Reinsdorf also serves as chairman of the Chicago Bulls. 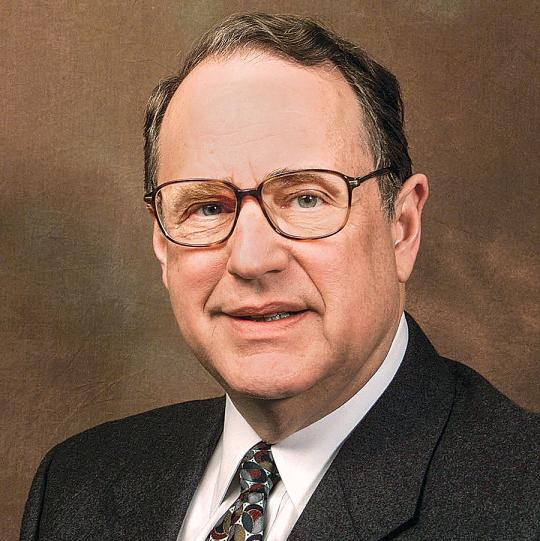 Cal Ripken Jr., elected as a director in 2019, was inducted into the Hall of Fame in 2007 following a distinguished 21-year career with the Baltimore Orioles. In 1995, Ripken broke Lou Gehrig’s Major League record for consecutive games played (2,130), and then went another three seasons before voluntarily ending the streak after playing his 2,632nd consecutive game on Sept. 20 1998. In his post-playing career, Ripken is using the platform that baseball has provided him to help grow the game he loves at the grassroots level. He owns Ripken Baseball and, along with his family, founded the Cal Ripken, Sr. Foundation. Ripken Baseball currently operates youth baseball complexes, while the foundation operates nationally and serves over one million youth each year through programs and the construction of multi-purpose youth fields that provide kids with safe places to play. Ripken is also a Sports Diplomacy Envoy for the U.S. State Department. 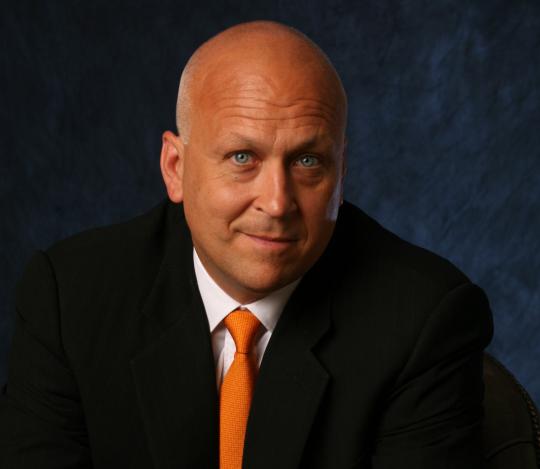 A director since 1995 and a member of the Pension Committee, Brooks Robinson played 23 seasons for the Baltimore Orioles, setting a number of major league records that still stand today. He was elected to the National Baseball Hall of Fame in 1983. Widely respected inside and outside of Baseball, Robinson serves as president of the Major League Baseball Players Alumni. 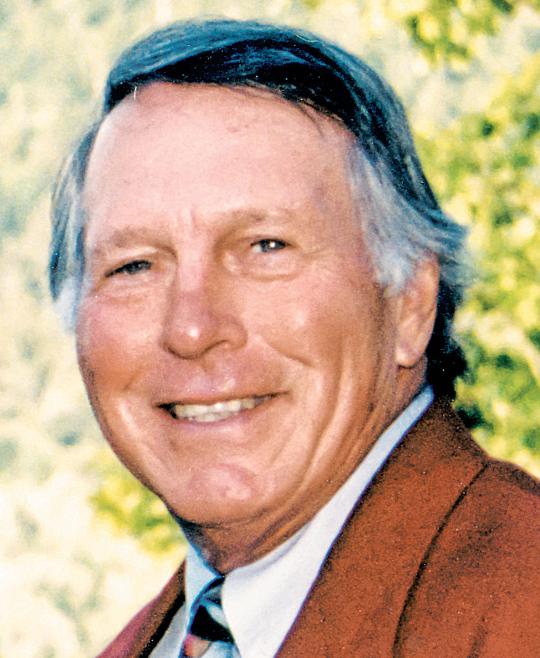 Elected a director in 2009, Dr. Harvey W. Schiller is Chairman and Chief Executive Officer of the GlobalOptions Group, Inc. Previously, he served as President of the International Baseball Federation, the global governing body for the sport of baseball; Chairman and C.E.O. of Yankees/Nets; President of Turner Sports, Inc.; Executive Director and Secretary General of the United States Olympic Committee and Commissioner of the Southeastern Conference. 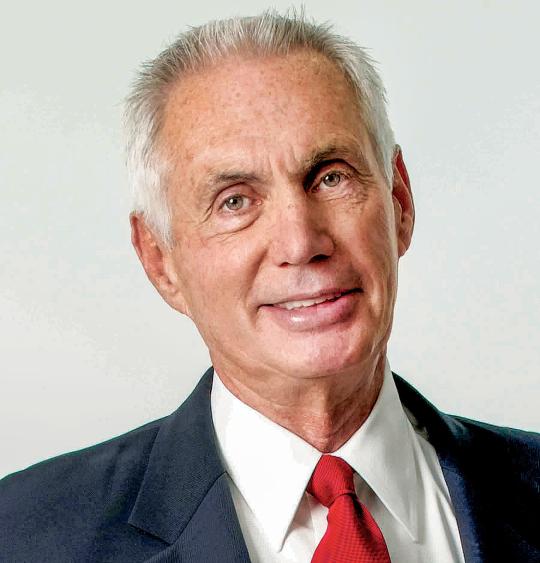 Ozzie Smith, elected to the board in 2016, was inducted into the National Hall of Fame in 2002. Since being inducted, he has served the as Museum’s first Education Ambassador, lending annual support to the Hall of Fame Classic as well as a fundraising event in his name. In a class by himself when it came to fielding at shortstop, Smith earning a record 13 Gold Glove Awards at the position, all in consecutive seasons (1980-1992). In addition to setting major league records for assists, double plays and total chances by a shortstop, Smith proved to be a valuable offensive weapon, amassing 2,460 hits and 580 stolen bases in his 19-year career, which included 15 All-Star selections. He was a key contributor to the St. Louis Cardinals World Series championship team in 1982. 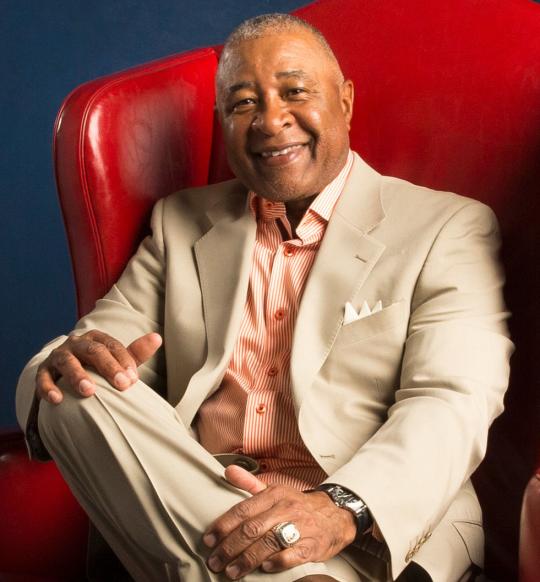 Elected to the board of directors in 1977, Edward W. Stack served as Chairman of the Board from 1977-2000, a period of significant growth for the organization. His involvement with the Baseball Hall of Fame as an officer dates to 1961. He is on the Board's Executive and Finance committees. Stack is a highly respected business leader and is widely recognized for his tireless efforts on behalf of many charitable, social and educational institutions. 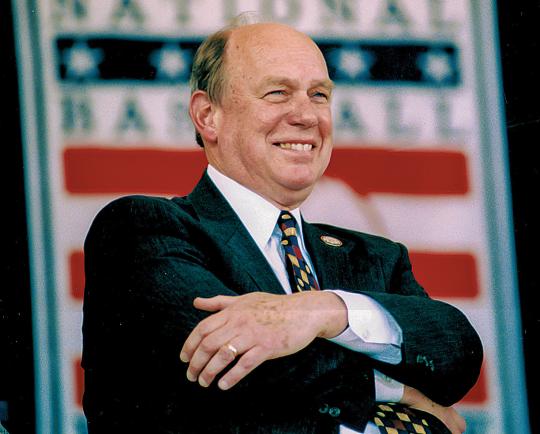 Elected to the Board in 2013, Thomas Tull is the founder, Chairman, and CEO of Tulco. Tull previously served as founder, Chairman, and CEO of Legendary Entertainment, a leading media company with film, television, and digital and publishing divisions. In January 2016, the company was acquired by the Dalian Wanda Group, Ltd. Tull also chairs Tull Investment Group which provides capital for early to mid-stage companies. During his career, Tull has produced and executive produced more than 40 films that together have realized grosses of more than $13 billion at the worldwide box office. Tull executive produced Straight Outta Compton and the world record-breaking Jurassic World. Other past credits include Godzilla, Pacific Rim, the critically acclaimed Jackie Robinson biopic 42, the Dark Knight trilogy, 300 and 300: Rise of an Empire, The Town, Inception, Clash of the Titans, the Hangover franchise and Kong: Skull Island. Tull is part of the National Football League’s Pittsburgh Steelers ownership group, where he also holds a board seat. 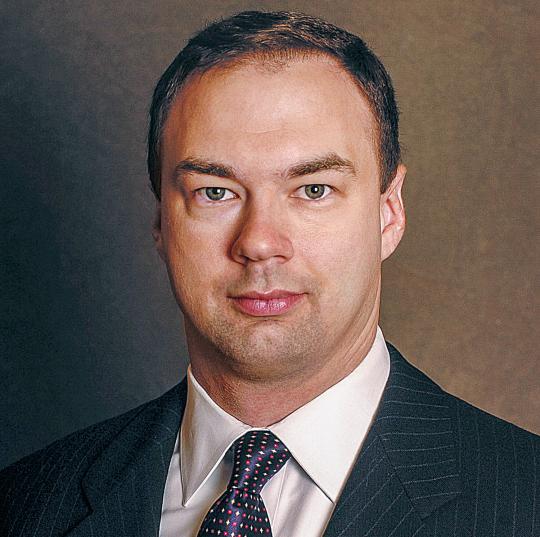 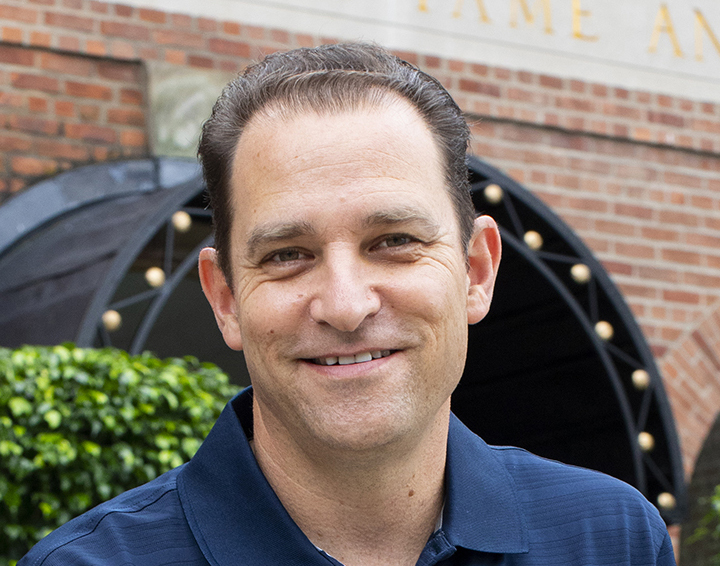 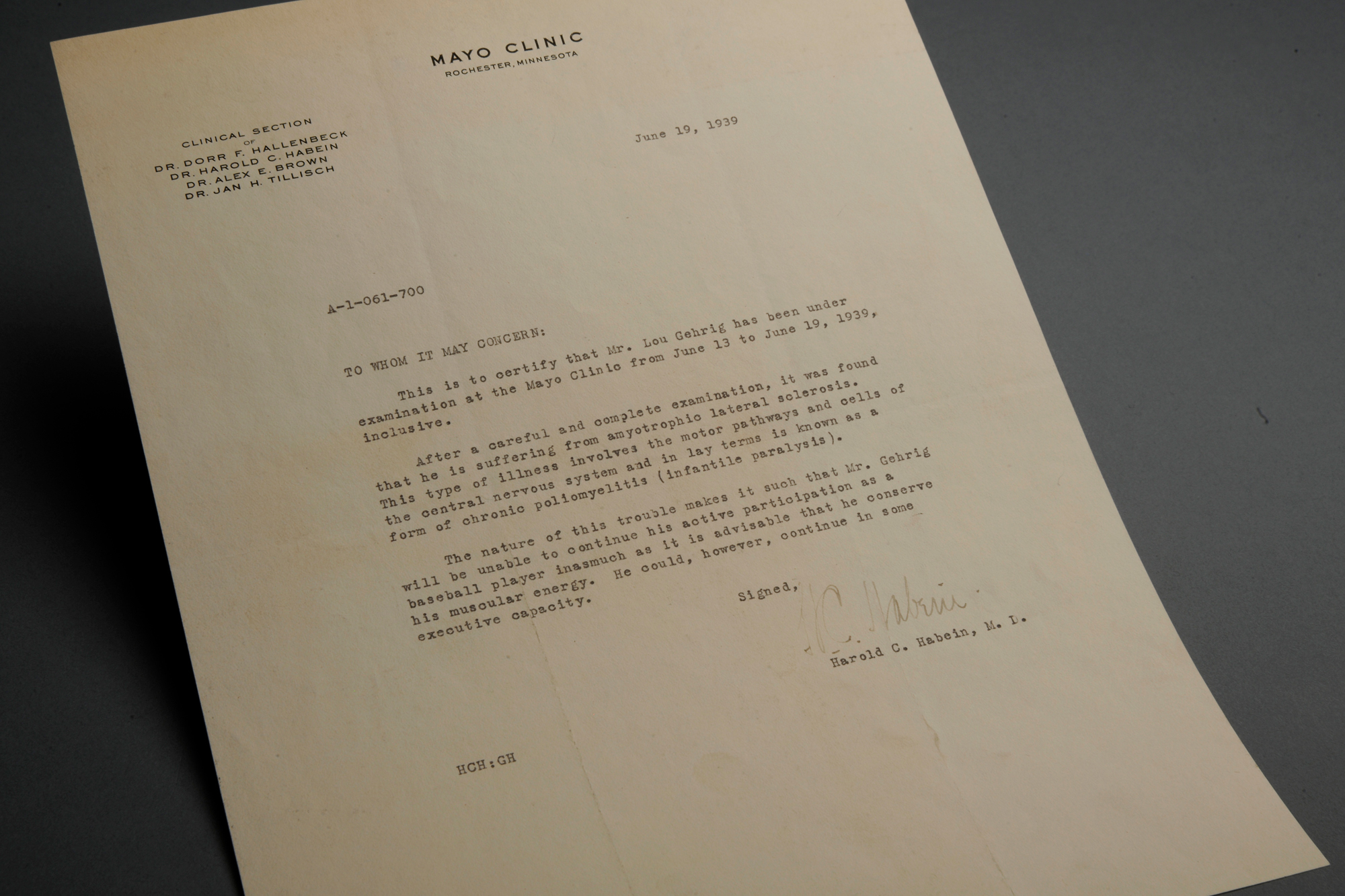