In many ways, Peter Gammons has defined baseball coverage both in print and on the airwaves for 35 years, as a newspaper journalist (Boston Globe), magazine writer (Sports Illustrated, ESPN Magazine), author ("Beyond the Sixth Game") and broadcaster (ESPN).

After joining The Globe in 1969, the Groton, Mass., native quickly developed a reputation as a tireless worker, always the first to arrive at the ballpark and last to leave. Gammons' work habits and ability to find connections with even the most reclusive players earned him boundless respect and allowed him to develop a vast network of sources.

Gammons was voted the National Sportswriter of the Year in 1989, 1990 and 1993, by the National Sportscasters and Sportswriters Association and was awarded an honorary Pointer Fellow from Yale University. He was an early advocate of the "Sunday notes column," which became a staple in sports sections across the country.

Writing with skill and flair in a style filled with allusions to cultural icons from Robert Frost to Warren Zevon, his effortless transition from print reporter to TV analyst helped open the door for many baseball writers at various electronic media outlets across the continent. While later generations grew to know him best as an electronic journalist, the hallmark of Gammons' career remained his service as a print reporter.

Gammons maintained that he was a newspaper reporter who happened to make a living on television. 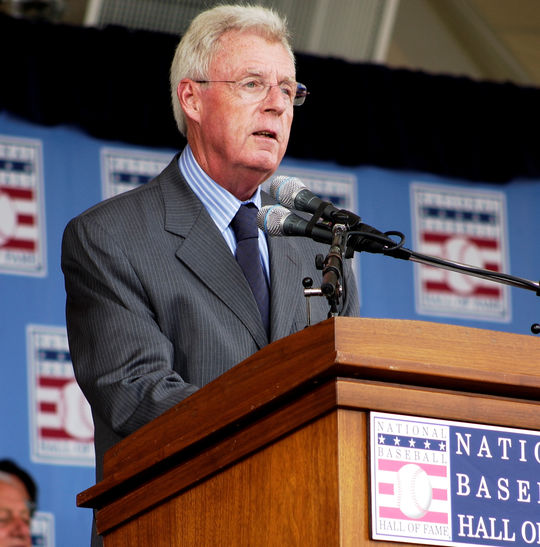 Peter Gammons speaks at the Hall of Fame Induction Ceremony on July 31, 2005, in Cooperstown while accepting the BBWAA Career Excellence Award. (Milo Stewart Jr./National Baseball Hall of Fame and Museum) 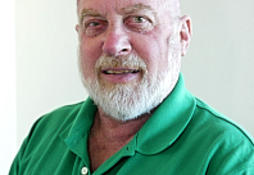 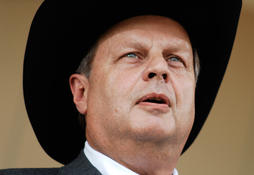