Part of the BASEBALL HISTORY series
Written by: Sam Carr

It all began with a little white lie. It ended with the creation of one of the most beloved baseball films in history: A League of Their Own.

In between, the Baseball Hall of Fame brought to life the story of women in baseball – and their passion for the National Pastime.

Former Vice President and Chief Curator of the National Baseball Hall of Fame and Museum Ted Spencer began working at the Museum in 1985. He was given a pamphlet and some baseball cards about the All-American Girls Professional Baseball League by a researcher shortly thereafter, and it sparked his curiosity. 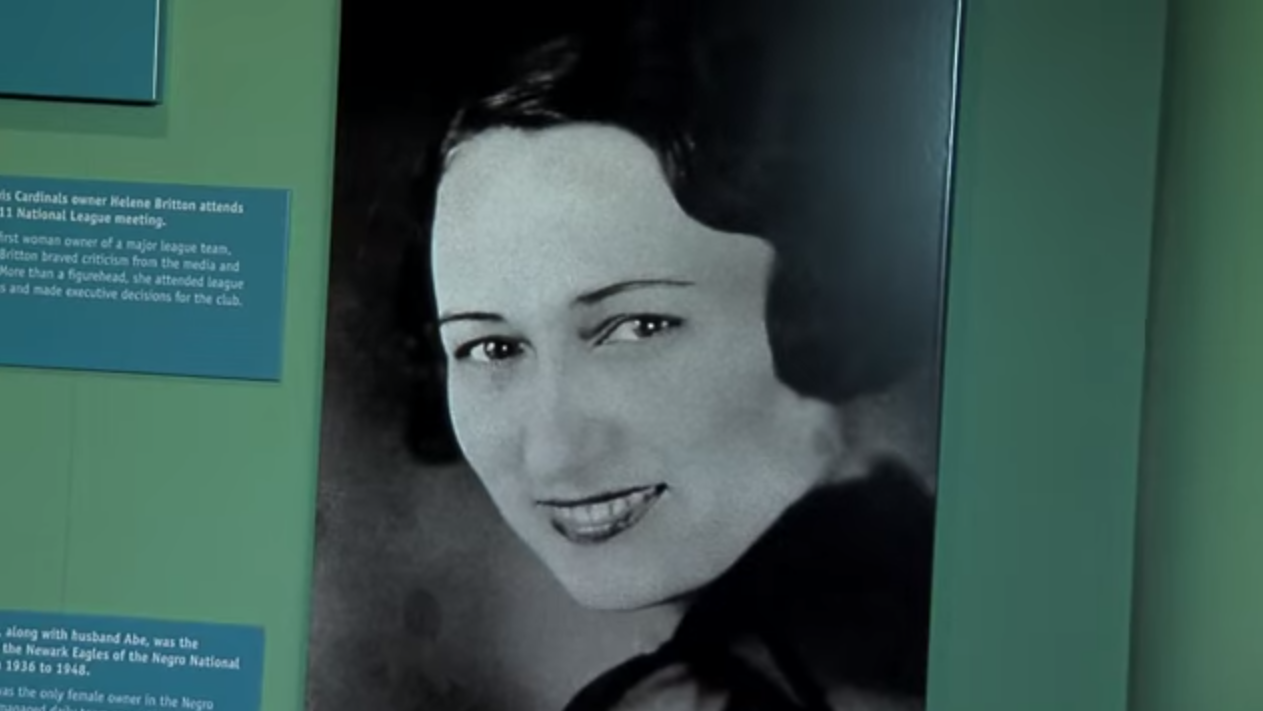 “I remembered that my grammar school gym teacher in Quincy, Mass., Miss Pratt, had played baseball, so I called back home to find out,” said Spencer. “Sure enough, she had played for the AAGPBL with the Rockford Peaches as a pitcher.”

Mary Pratt’s five year career piqued his interest in the subject. On many occasions Spencer and Bill Guilfoile, then Associate Director of the Museum, had thrown the idea around of doing an exhibit on women and their effect on the game.

“To be honest it, didn’t seem possible. We had talked about it, but we just threw an idea out there,” said Spencer.

One day, Guilfoile received a call from a woman named Janice Mall, who was writing an article about the AAGPBL for the Sunday Los Angeles Times. She wanted to know if the Hall of Fame had ever considered an exhibit on the subject. Guilfoile put her on hold and called Spencer for advice on how to answer. 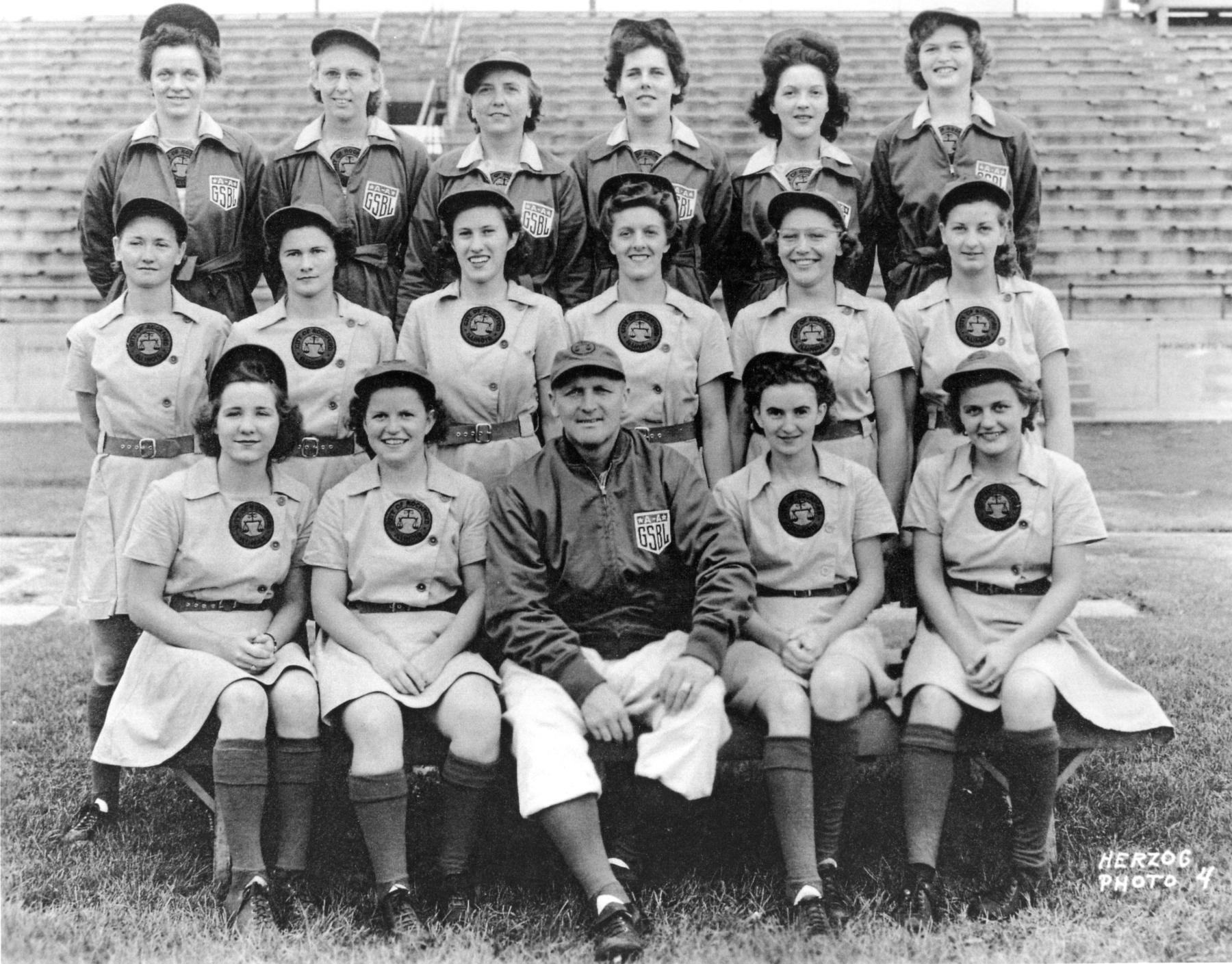 “I said to tell her that we would love to – but we don’t have much for artifacts in the collection and we need artifacts to create an exhibit,” said Spencer.

The Museum really didn’t have much in the collection and would need artifacts to make an exhibit – but the exhibit wasn’t exactly in the works with approval from proper staff either.

The article ran with this response in it, and three weeks later Spencer received a letter from Dottie Collins – who he knew to be a former player from the AAGPBL. He gave her a call and found that she was serving as an official in the Alumni Association with the AAGPBL.

From that day forward, Collins and Spencer became very good friends and she served as the liaison between the Museum and the organization. With her help, the Museum’s collection of AAGPBL artifacts vastly increased and plans to open an exhibit about women in baseball were put into place.

“We knew the league would be the focal point of the exhibit, but we wanted to deal with the umpires and college girls too,” said Spencer. “We wanted to go where the story takes us – like the Philadelphia Bobbies in the 1920s.”

“Bill and I were excited about the exhibit,” Spencer said. “We saw a specialness about it – not having a clue of course about what would happen.” 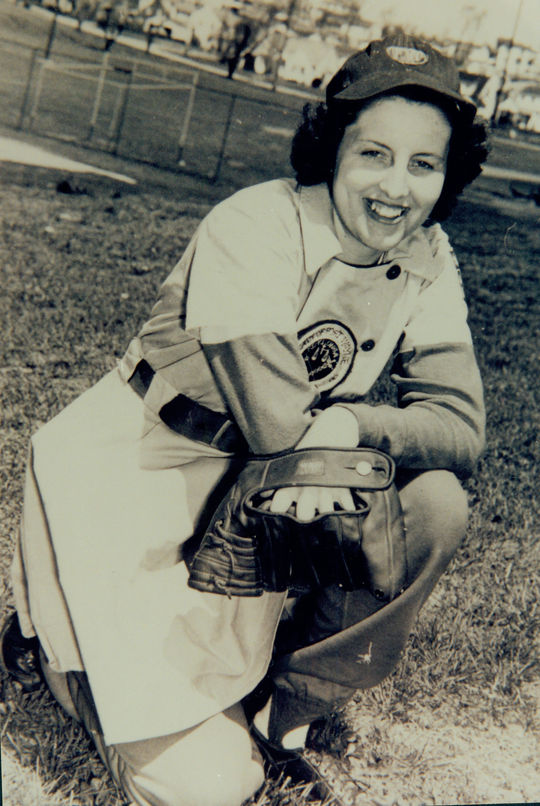 On an average November day, the Baseball Hall of Fame has around two to three hundred visitors. The day the exhibit opened, over 1,100 people came through the front doors.

Guilfoile received a call from actor, director and producer Penny Marshall who saw the press release about the opening and wanted to attend. She was a diehard sports fan and interested in the exhibit and the women it represented.

“About 150 ladies from the League were in Cooperstown for the weekend and Marshall was able to interview them and spend a lot of time with them,” said Spencer.

“All the right things had to happen for the exhibit to open and have such a large effect on baseball and American culture,” said Tim Wiles, former director of research for the Hall of Fame. “One is that (Marshall) came to Cooperstown for the opening.”

On Saturday morning everyone, gathered in front of the exhibit for the curtain to be drawn and the opening to become official.

“The place was packed and the women were singing the League song all weekend,” said Spencer. “When the exhibit opened the ladies were crying and flash bulbs were going off. It was an outpouring of emotion that was never seen before and never since at the Hall of Fame.”

“These women were largely passed by in baseball history until this point,” said Wiles. “They could have been angry that it took so long for them to be honored and remembered, but the veteran players brought enthusiasm to Cooperstown and responded with nothing but class. They are wonderful ambassadors for the game and care so much about kids and education. They continue to be an inspiration to girls and women in softball and baseball.”

After seeing the event, Marshall told Guilfoile she was going to make a movie. She took some time to find the right studio and gather a team. The team then traveled back to Cooperstown to interview staff about the event and learn about the AAGPBL. In 1992, A League of Their Own was released in theaters, directed by Penny Marshall.

It recreated shots from the opening of the exhibit inside the Museum as well as a baseball game played at Doubleday Field by the former AAGPBL players. The movie was No. 1 by its second weekend and a commercial success. It grossed over $107 million and became a cultural phenomenon, viewed by millions of young females who wanted to play sports. 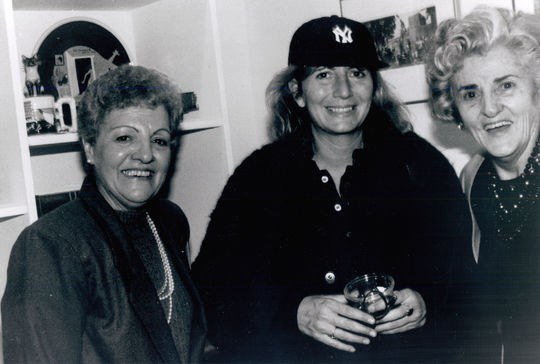 “The exhibit had a huge influence on women in sports and the exposure of society to women’s sports through the movie,” said Spencer. “I believe the exhibit finally gave women a piece of the ownership of the game.”

Samantha Carr is a freelance writer from Fairport, N.Y.