Part of the SHORT STOPS series
Written by: John Horne

In 1947, the All-American Girls Professional Baseball League held spring training outside of the United States for the first time. The league chose Havana, Cuba. Arthur E. Myerhoff, AAGPBL Commissioner from 1945 to 1950, promoted the league through annual spring training camps, along with exhibition and barnstorming tours during spring training, summer, and the post-season. He hoped that the tours in Latin America would lead to the establishment of an “International League of Girls’ Baseball.” His dream never panned out.

This photo shows the reigning Mrs. America, Fredda Acker, signing autographs for fans at the Gran Estadio de La Habana, also called “The Gran.” Acker was the runner-up for the 1947 Mrs. America pageant, but was awarded the crown when the original winner, Janice Pollock, relinquished the title due to family commitments. In addition to being a member of the South Bend Blue Sox, Acker was hired by the AAGPBL to assist with a charm school. 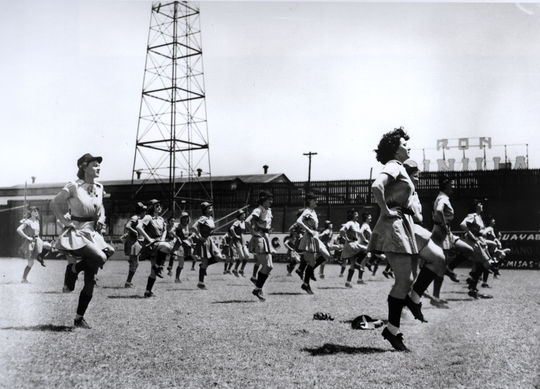 Players in the AAGPBL loosening up at spring training at “The Gran” in Havana, Cuba, 1947. - BL-3302.98 (National Baseball Hall of Fame Library) 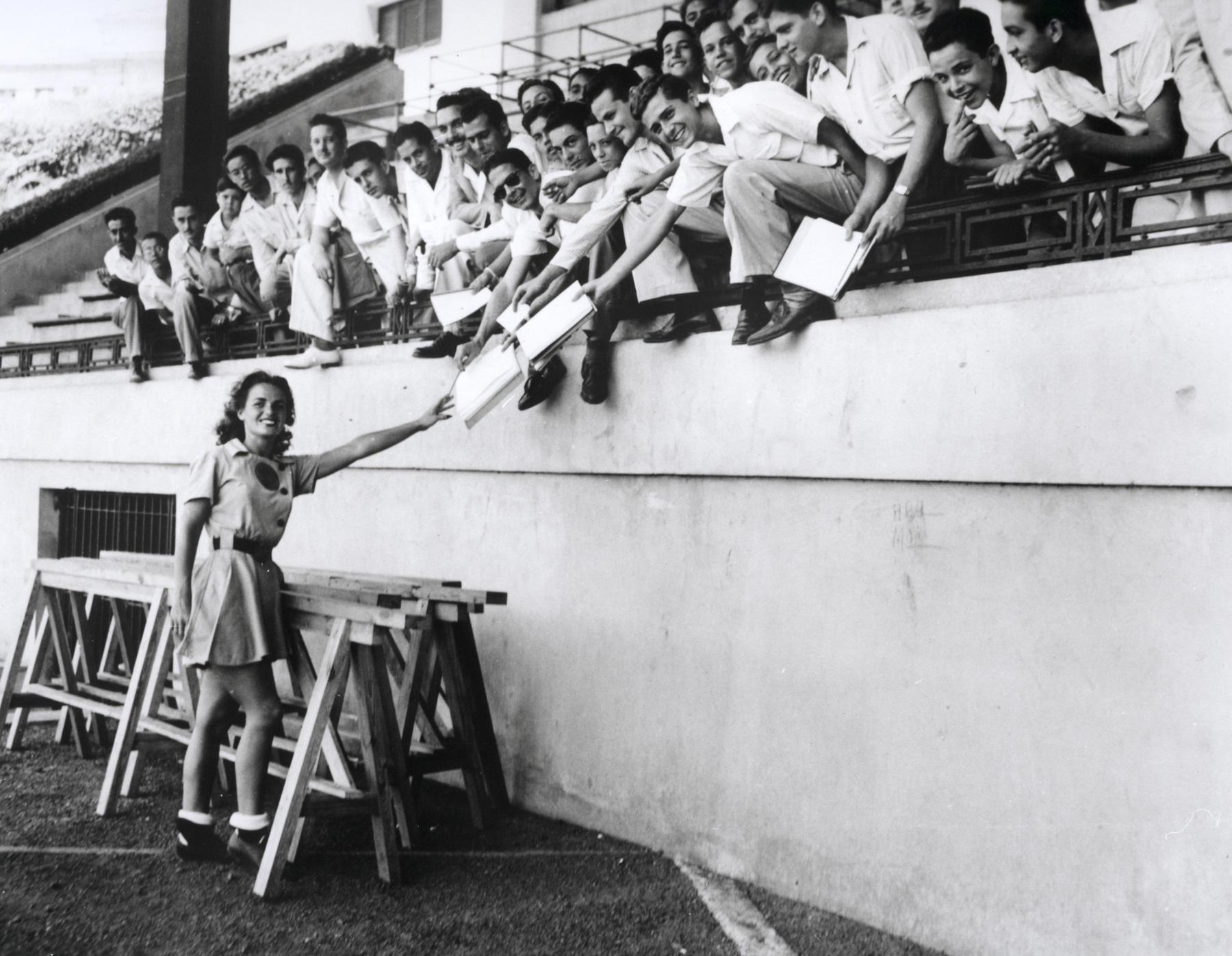 The Brooklyn Dodgers held their Spring Training in Havana that year. African American trailblazer Jackie Robinson was at his first spring training as a Dodger. Although detailed numbers are not available, the women of the AAGPBL often outdrew their major league brethren at “The Gran.” One author claims that “50,000 wildly enthusiastic fans watched the round robin tournament.” As can be seen in the photo, Acker was the center of attention. That’s just what the AAGPBL was hoping.

Acker traveled with the South Bend Blue Sox on an exhibition tour. She never played in a regular season AAGPBL game, but she left a lasting impression on her Cuban fans. She continued to play sports after relinquishing her crown. In 1948 she threw a no-hitter for C.M. Guest of Anderson in the first game of the girls’ fast-pitch softball state tournament at Barry Field (Spartanburg, SC). She further proved her athleticism by playing Class A and Class B Women’s basketball. She played for several teams in the Southern Textile Basketball League, including Appleton Mill and Anderson Mill.

Her sister, Viola Thompson (Griffin), pitched for the AAGPBL from 1944 to 1947. Thompson, a southpaw, had an impressive rookie season for the Milwaukee Chicks in 1944. She went 15-12 with a 2.88 ERA. The Chicks went on to win the league championship. Thompson, a native of South Carolina, was inducted into the South Carolina Athletic Hall of Fame in 1998. Fredda passed away in 1980, but Viola is still alive and has seen the revival of the AAGPBL story.

“Our team was so incredibly good, we knew the game inside and out,” Viola said. “We played in little short skirts and always had strawberries on our legs because we didn’t have protection when sliding. We were girls and they wanted us to look like girls. They didn’t want short hair, they wanted long hair to protect the femininity. 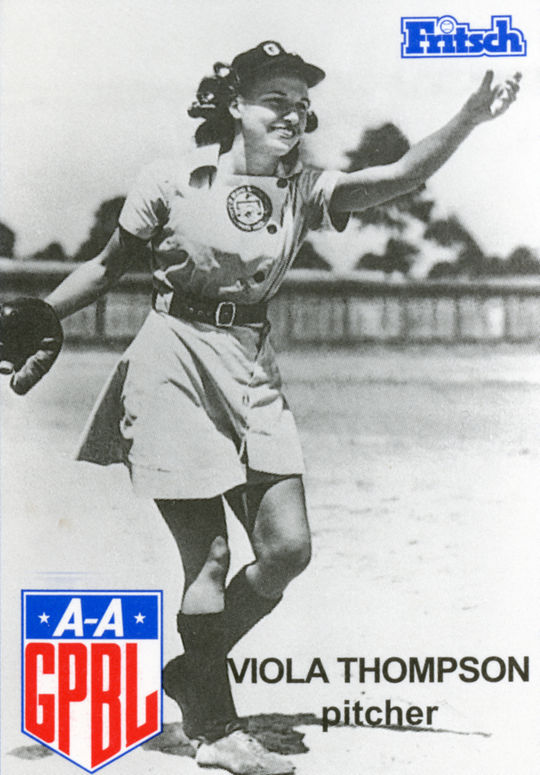 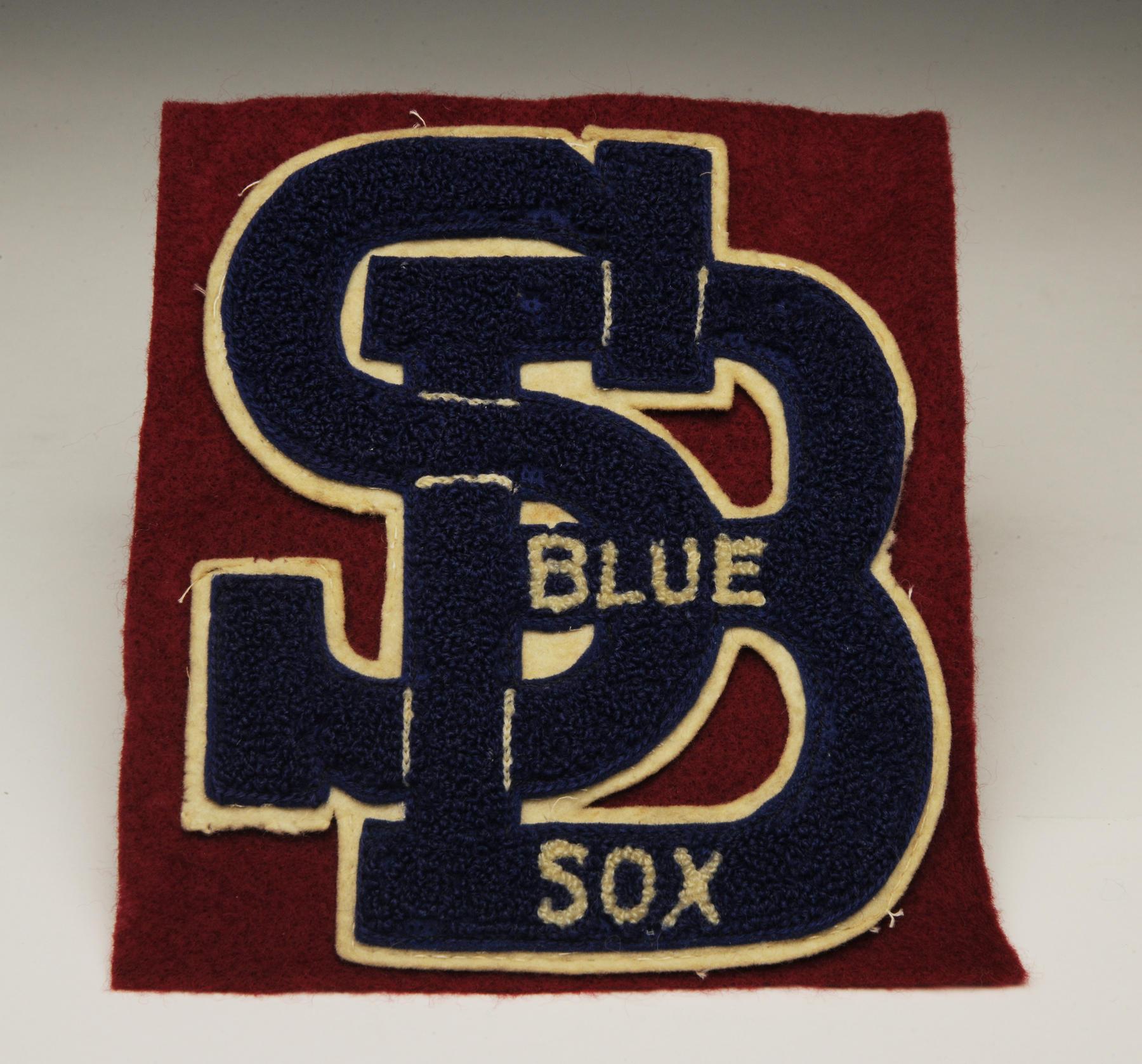