August Herrmann was known to many as the “Father of the World Series” and delivered the first Fall Classic title to his beloved Cincinnati. Nearly nine decades after his retirement from the game, he is a candidate for the Class of 2016 at the Hall of Fame.

Herrmann, who served as president of the Cincinnati Reds from 1902 to 1927 and chairman of baseball’s ruling National Commission from 1903 to 1920, is one of 10 finalists on this year’s Pre-Integration Committee ballot at the National Baseball Hall of Fame and Museum. The Pre-Integration Committee will vote at baseball’s Winter Meetings in Nashville, Tenn., and the results of the vote will be announced Dec. 7.

The 10 candidates on the Pre-Integration Committee ballot are: Doc Adams, Sam Breadon, Bill Dahlen, Wes Ferrell, Marty Marion, Frank McCormick, Harry Stovey, Chris von der Ahe, Bucky Walters and Herrmann. Any candidate who receives at least 75 percent of all ballots cast will be enshrined in the Hall of Fame as part of the Class of 2016.

Born on May 3, 1859 and orphaned at age 11, Herrmann worked as an errand boy filling salt stacks and then as a printer’s apprentice, where he would pick up the nickname “Garibaldi” (later shortened to “Garry”). He would soon become involved in the Cincinnati political machine of George “Boss” Cox, in which he served in the city’s Boards of Education, Administration and Water Works.

Herrmann and a group of fellow Cincinnati luminaries purchased the Reds in 1902, and Herrmann was installed as club president. Just one year later, he helped to broker peace between the warring National and American Leagues. In September 1903, a unifying “National Agreement” between the two sides was struck, though it was sometimes referred to by sportswriters as the “Cincinnati Peace Treaty” because of Herrmann’s willingness to let players defect from his Reds in order to achieve unity among the leagues. 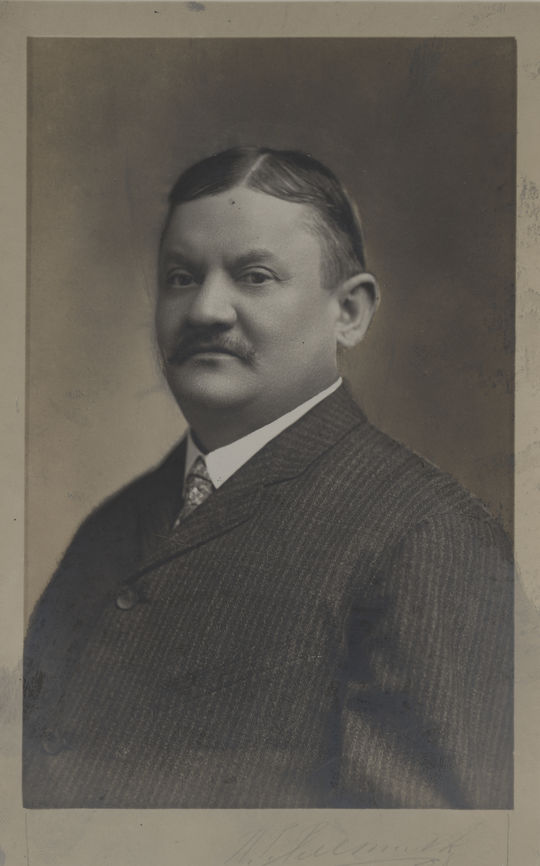 Gary Herrmann was the gregarious president of the Cincinnati Reds from 1902-1927. BL-840.96 (National Baseball Hall of Fame Library)

A new three-person National Commission was formed to carry out the peacekeeping provisions of the National Agreement. AL president Ban Johnson and NL president Harry Pulliam represented each side, and Herrmann was elected to serve as the bench’s neutral third party. Despite his stake in the Reds, complaints were rarely raised of the chairman’s bias toward the Senior Circuit.

“Garry never allowed his National League allegiance to affect his National Commission decisions,” wrote J.G. Taylor Spink Award winner Dan Daniel in 1962. “In fact, National League owners complained that he was more likely to vote with Johnson, who was more a man in his style and whom he had known in Cincinnati as a baseball writer.”

The National Agreement saw its first triumph in October 1903 when the NL Champion Pirates and AL Champion Boston Americans agreed to stage an interleague exhibition series – the first modern World Series. The following autumn left baseball fans disappointed, however, when manager John McGraw and his New York Giants refused to play the reigning champion Americans. Recognizing his new authority as chair of baseball’s ruling committee, Herrmann devised an annual championship series in which it would be mandatory for the winning squads from each league to play. He drew up rules for a seven-game World Series that were adopted by both leagues, and have remained largely unchanged for more than a century. 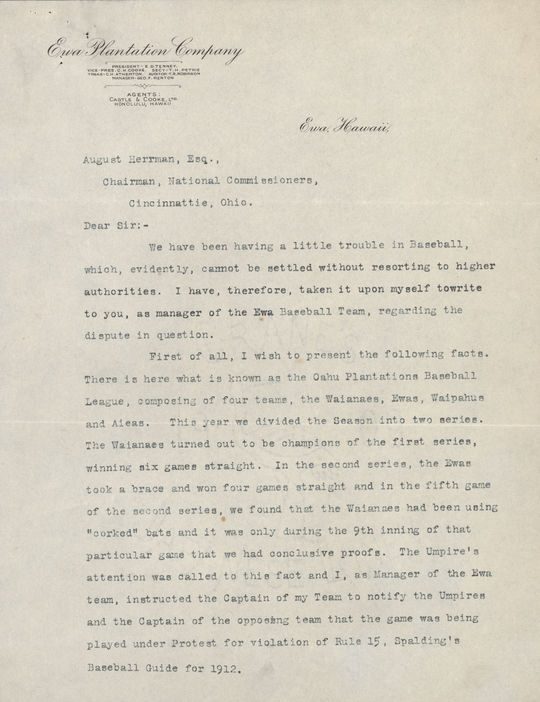 A letter sent to August “Garry” Herrmann by Jas A, Wattie. Wattie was hoping that Herrmann could help settle a dispute two teams were having. (August "Gary" Herrmann Papers / National Baseball Hall of Fame Library)

“If it had not been for the foresight and keen business sense of Garry Herrmann,” said former Yankees co-owner Tillinghast Houston, “there would be no such thing as the (World Series) as we know it today.”

The first organized World Series took place in 1905, with McGraw’s Giants prevailing and pitcher Christy Mathewson becoming a national star. From there, the annual season-end contest brought massive notoriety to the major leagues.

Meanwhile Herrmann himself was famous in Cincinnati for his gregarious nature. He was said to be fond of food, drink and laughter, and was known to treat visiting owners and sportswriters with sizable meals of German sausage, sauerkraut and beer. In 1912, Herrmann ordered the construction of a new ballpark that would become known as Crosley Field and serve as the Reds’ home until 1970. He was also believed to have taken out several loans in his name to keep the Redlegs afloat during the 1910s.

“Garry Herrmann was a big man in Cincinnati and a nice man, too,” wrote Frank Graham in the New York Journal-American. “He made a lot of money and spent it as fast as he made it, if not faster. The Reds were his ballclub, the fans his friends.”

Herrmann experienced perhaps his greatest joy in baseball in 1919, when the Reds upset the Chicago White Sox to claim the World Series. Soon after, however, the Chicago side was found to have thrown the series. The notorious Black Sox scandal provoked baseball owners to seek new leadership in the game, and in 1920 the National Commission was dissolved in favor of a single commissioner, Judge Kennesaw Mountain Landis.

Herrmann, true to his reputation, gracefully relinquished his powerful post for baseball’s greater good. He continued to happily run the Reds until declining health forced his retirement in 1927.
August "Garry" Herrmann died on April 25, 1931 in Cincinnati.

“Baseball, to Garry,” Graham wrote, “as it had been from the beginning, was a sport and so it was, to the end.” 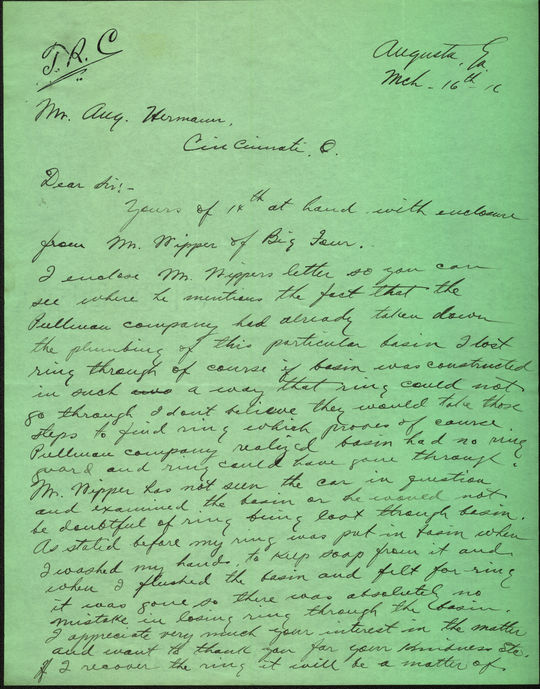