Something had to change.

The answer, as it was the 1977 expansion Jays, was in scouting.

Alomar was a name Gillick knew well. Bobby Mattick and Al LaMacchia, the Jays top evaluators from day one, had gone to Puerto Rico to try to sign Alomar in 1984, but the second baseman chose to join the San Diego Padres and older brother Sandy Alomar, Jr.

The Jays traded Tony Fernandez and Fred McGriff to San Diego in exchange Joe Carter and Alomar at the 1990 winter meetings in Rosemont, Ill.

The Jays were eliminated in the 1991 American League Championship Series by the Minnesota Twins, but then won back-to-back World Series over the Atlanta Braves and the Philadelphia Phillies.

“All those moves to get over the hump in 1991-93 were based on scouting and development,” said Gillick. “If not for our scouting we would never have had the nucleus to add Jack Morris, Paul Molitor, Dave Winfield and Dave Stewart.” 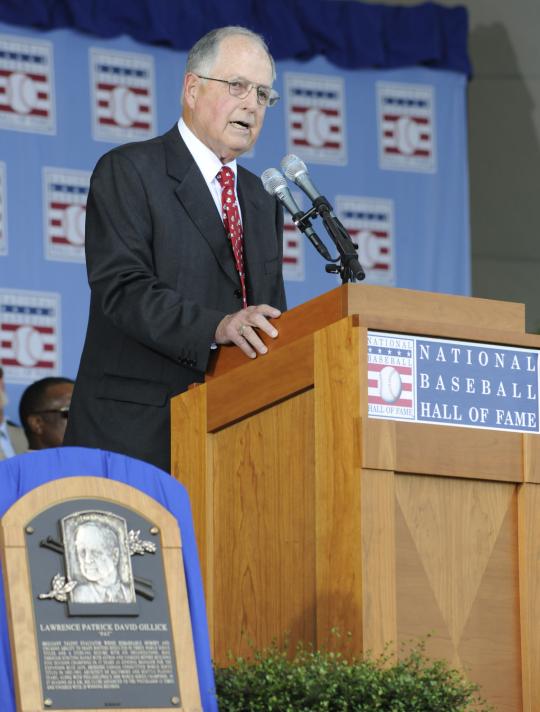 “When I was scouting I felt if I ever had an opportunity to run a club, I’d treat scouts the same as everyone else, . . . I wanted to make them feel they felt like they belonged [to the organization]."

Two decades later, Alomar and Gillick stood side-by-side on Hall of Fame induction day in 2011 at Cooperstown, N.Y. For Gillick, it was the culmination of a front office career that began in scouting and later thrived due to his recognition of the work of scouts.

Gillick began scouting with the Houston Astros in 1966 and the next year made his first trip to the Dominican Republic. Tony Pacheco, a baseball lifer with the Astros, told Gillick when he got to Santo Domingo he should contact their scout.

Gillick made the call, Epy Guerrero answered. The first player they went to see was outfielder Cesar Cedeno. They were impressed and headed to casa Cedeno.

Gillick went inside to talk the parents about signing, telling Guerrero to stay outside. Guerrero eventually entered to tell Gillick he’d best hurry: St. Louis Cardinals scout Chase Riddle, who signed Hall of Fame lefty Steve Carlton, was on his way.
“We were at $1,500, I bumped it to $2,500 and got it done,” said Gillick. “He had a pretty good career.”

That same trip Gillick met his future wife Doris, then a Pan Am flight attendant.

All in all, a successful trip to the Dominican. 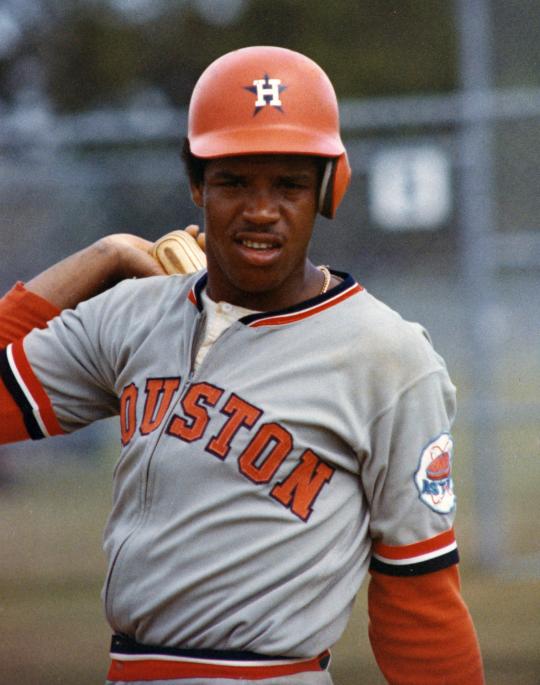 Gillick knows the lonely road scouts travel because he’d been down that same road.
Like the story of the friend who walks into the funeral home, looks at the casket, expresses sympathy to the widow and asks what did he have?

He was there when Ellis Clary had a heart attack in Mobile, Ala., and called over scout Spud Chandler and said in a whisper “I want you to do something for me.’”

Chandler said yes and Clary asked him to get the mileage off that ambulance so he could turn it in on his expense report.

Gillick has been spotted wearing one of those goofy touristy Florida hats and sun glasses down the left field line watching a B game evaluating during Spring Training.

“When I was scouting I felt if I ever had an opportunity to run a club, I’d treat scouts the same as everyone else,” said Gillick. “Sometimes in the hinterlands they were forgotten, I wanted to make them feel they felt like they belonged. I didn’t want them to feel detached from our organization.” 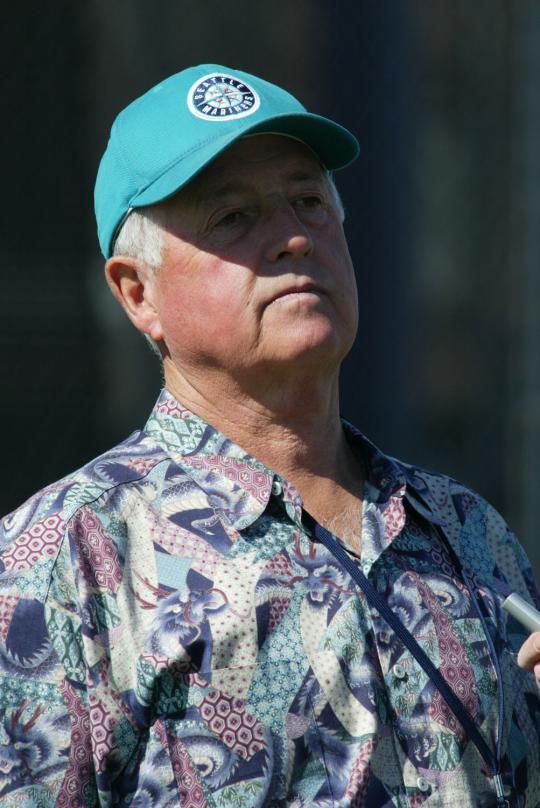 “Should have been here last night,” Gillick told a writer at Tio Pepe’s in Clearwater during the Jays 1994 instructional league.

The brain trust had gathered the night at the same restaurant “for a good old fashioned baseball night.” Which is?

Mattick and Engle argued, went to the washroom, continued their dispute so long they had to go a second time and when tey returned to the table ... neither could remember the subject of the debate.

Gillick dishes out credit like Steve Nash passing the ball in the key.

Tom Henke, who helped the Jays win the 1992 World Series?

“That was all Moose Johnson,” said Gillick. The Jays were at the compensation draft and were set to take Donnie Moore from Atlanta, but the Angels grabbed him first.

Then they were going to select Expos right-hander Bill Cutshall, Mattick’s pick, but Aregenis Salazar was selected from the Montreal roster by St. Louis. The rule was a team could not lose more than one player.

The Toronto table was in a state of panic.

“Moose said there’s this big tall guy, he wears glasses, with the Rangers who can pitch ... of course he couldn’t pronounce his name,” said Gillick.

There are memories from yesteryear which won’t fade like they happened yesterday.

“Don Welke called me on Jim Abbott, he could do this, his fastball had this much velocity, he had a great secondary pitch, he’s a fierce competitor,” said Gillick. “He must have went on for 10 minutes and then Don said, ‘There’s another thing you should know: he’s was born with one hand.’” 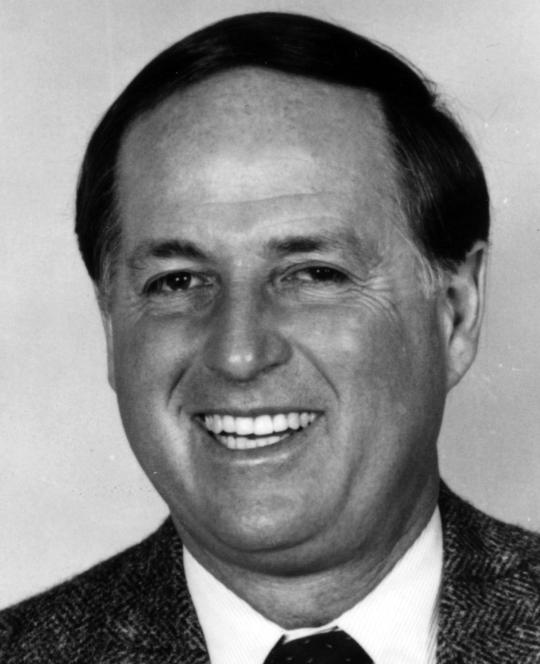 The Jays drafted Abbott in the 36th round, he went on to the University of Michigan and came out as a first rounder three years later, pitching 10 years in the majors.

John Olerud was named Baseball America player of the year in 1988 – as a sophomore. And after the season Olerud went to hospital needing life threatening surgery due to a brain aneurysm.

Gillick sent Olerud a get-well card which read “We’re pulling for you, hope you make a speedy recovery.” A year later, Olerud was playing for Washington State but told clubs he didn’t want to be drafted.

Gillick drafted him in the third round, made nine visits to Seattle or Tacoma before making a late-August offer. Olerud signed.

“Joe Ford had sent in a great report on John from Wichita State from 1988,” Gillick said. “Don Welke followed John on their Alaska trip. I don’t know what it was but I had a feeling we might get a chance to draft him.

“If he made a recovery, we’d step up and draft him higher than anyone else.”

Olerud is the only Jays player to win a batting title and remains Gillick’s all-time favorite draft pick.

As president Paul Beeston used to joke about the emotional Gillick: “He cries every time Olerud gets a single.”

Who would Gillick send in for one final look a week before the draft in a perfect world?

“For a high pick? Bobby Mattick,” Gillick said. “If it was a guy who might slide to the fourth or fifth it would be LaMacchia. 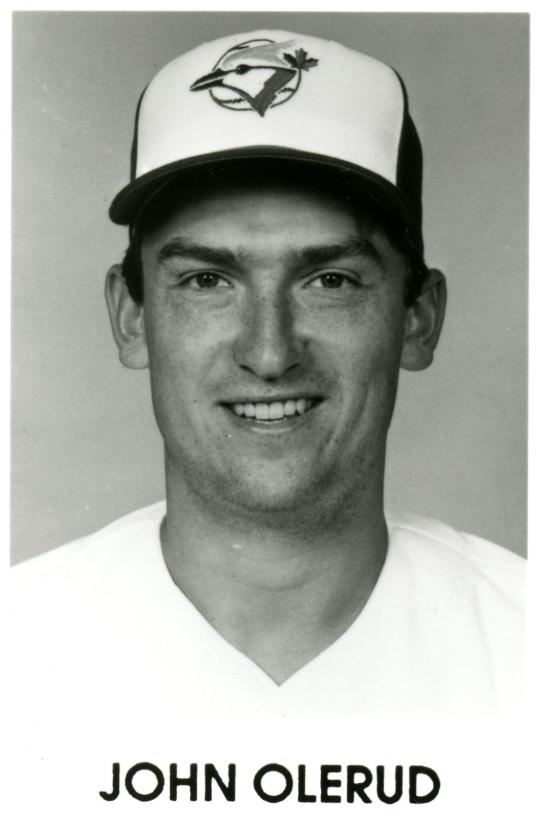 “Bobby Mattick was the most complete scout and player development guy I ever ran into to, he was able to cross from one area to the other and be at the top in both.”

As a general manager, Gillick said it was important to scout his own scouts: Some had a knack for projecting position players, others were better evaluating pitchers.

“In this day and age, a guy’s strength might be amateur ranks, while others are better judging pros,” said Gillick. “If you can find a guy who can scout both you really have something.”

The most common phrase Gillick ever said during his days as a GM?

If it wasn’t “upside” or “it’s not written in stone,” it was probably “scouts are the backbone of the organization.”

Gillick puts his money where his mouth is. Since his Hall of Fame induction, he’s done card shows and autographed baseballs – with all monies going to Dennis Gilbert’s Professional Scouts Foundation, which looks after unemployed scouts who need medical coverage. He had raised $20,000 in the first year and a half.

The Rule V Draft, which is based scouting, is why the Jays surpassed their expansion cousins the Seattle Mariners. 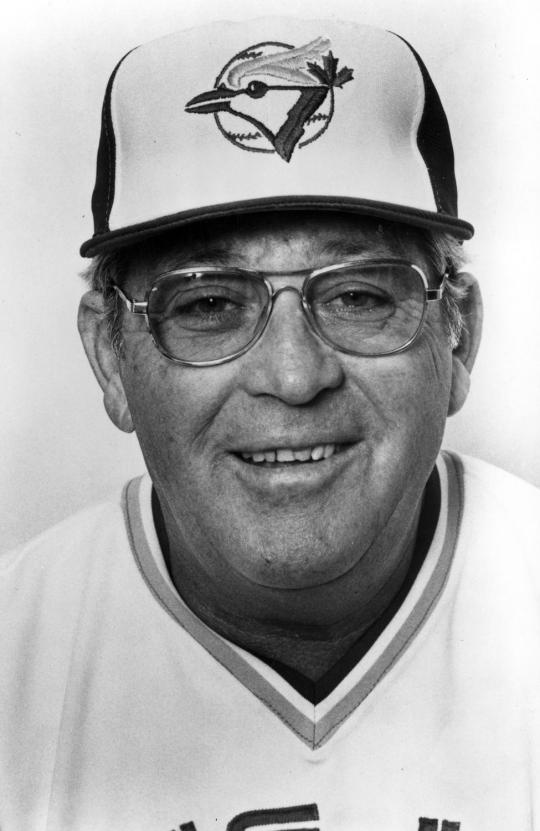 When the Jays won in 1992-93, home grown players were all over the roster – like catcher Pat Borders (signed by Wilken and Engle), first baseman Olerud (Andy Pienovi), third baseman Ed Sprague (Morgan) in 1993 and Tony Fernandez (Guerrero) was re-acquired, plus Rule V draftees Gruber and Lee.

Scouting director Engle drafted Cy Young Award winners Pat Hengten, Roy Halladay and Chris Carpenter, who won with the Cardinals – and then Engle signed Felix Hernandez, who won a Cy Young with the Seattle Mariners. Gillick was the Mariners’ GM when Hernandez joined the franchise in 2002.

“It’s very important for each and every scout for feel like they are involved in the organization,” said Gillick. “They are self starters, operating on their own.
“They don’t get up at 8 a.m. and go into an office, but they are responsible for their own territory.”

And if they’re as driven as Gillick, they might just end up in Cooperstown with him. 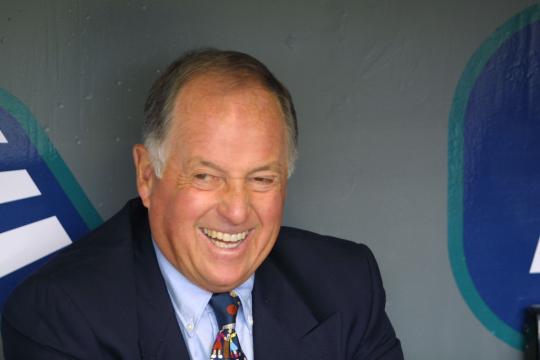 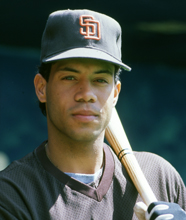 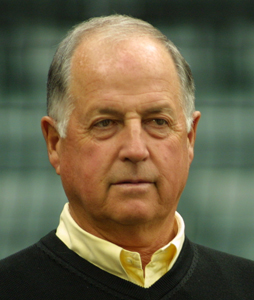 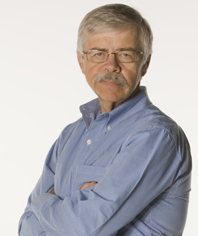