New documentary seeks to answer a timeless question: Who threw the fastest pitch?

While an epic battle between superheroes will dominate movie theaters across the country this weekend, other screens will be focused on the more relatable struggle between batter and baseball’s most revered and compelling pitch.

The 87-minute baseball documentary “Fastball,” will be released in theaters and on demand March 25. The film not only gets the perspective of such legendary Hall of Fame flamethrowers as Nolan Ryan, Bob Gibson and Goose Gossage, along with current practitioners Justin Verlander, Aroldis Chapman, Craig Kimbrel and David Price, but also features the thoughts from a panel of hitters that includes George Brett, Al Kaline, Joe Morgan, Johnny Bench and the late Tony Gwynn. Along the way, the viewers also hears from Derek Jeter, Andrew McCutchen, Bryce Harper, Brandon Phillips and Steve Dalkowski. 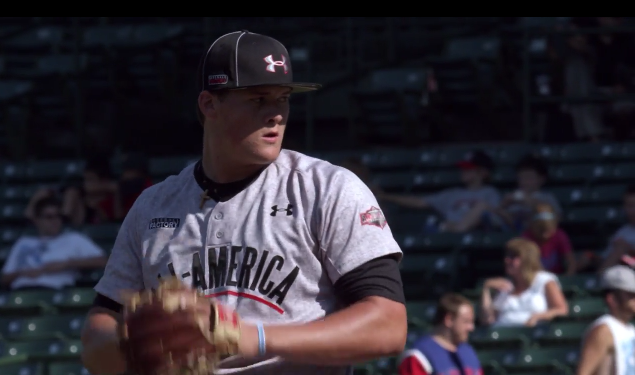 “‘Fastball’ is the film that you’re going to want to watch every spring, starting now, for the rest of your life to remind yourself how beautiful and magical the game of baseball is and why we love this game so much,” said “Fastball’s” writer and director, Jonathan Hock, during a recent telephone interview. “By delving as deep as we could into the 396 milliseconds that it takes a fastball to reach home plate, we rediscover the drama in the entire game.

“The game really does boil down to, in its essence, this primal battle between a man with a stick and a man with a rock. And there’s something about that dude who can handle that rock. That really gets us in the gut as human beings observing this ritual. And there’s so much drama and wonder in it,” he added. “We really wanted the film to work on both of those levels, the mythical level and the scientific level, and it seems that we may have struck the right balance.” 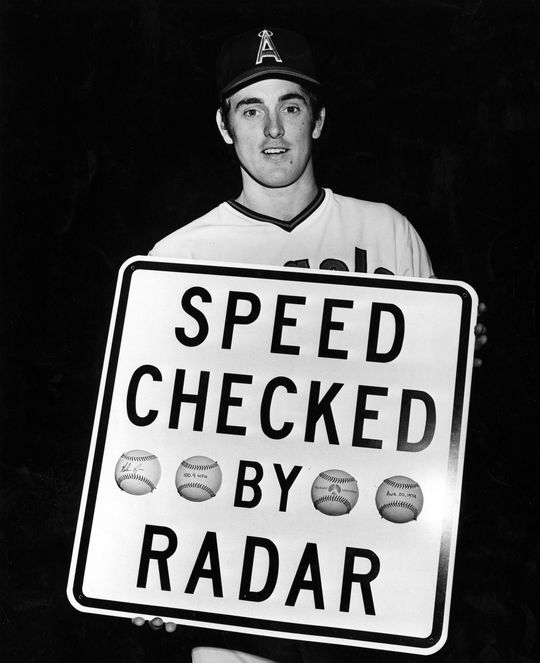 How does Nolan Ryan's heat stack up in history? "Fastball" aims to find out. BL-4207-74 (National Baseball Hall of Fame Library)

What I learned is that the fear on the part of the hitters is very real and very tangible when they are facing a real fireballer. I didn’t really imagine that that was the case, but it really is."

“What’s exciting about the theatrical release is that there’s something really extraordinary about watching this footage on the big screen and hearing the sounds on the big screen. We are able to use this cutting edge digital video equipment, which captured these extraordinary images,” Hock said. “And it’s rare for documentaries to get a theatrical release, so I’m really excited about this.

“They were able to book one theater in every major league city, which was the goal but not easy to do, because there’s a lot of “Batman vs. Superman” in the world this weekend.”

The Kevin Costner-narrated “Fastball” also determines, once and for all, who threw the fastest pitch of all time. Today’s modern recording devices report Cincinnati pitcher Aroldis Chapman’s fastball to Tony Gwynn, Jr. in the eighth inning of a Sept. 25th, 2010, game between the Reds and Padres registered 105.1 mph, the highest ever. But over the years such stalwart figures as Walter Johnson, Bob Feller and Ryan have also staked a claim as the sport’s fastest.

“We take the science of clocking the pitches that have existed since the first pitcher was ever clocked, which was Walter Johnson in 1912, to have the speed of the ball measured,” Hock said. “Together with the physics staff at Carnegie Mellon University in Pittsburgh, we were able to take this science to determine who actually threw the fastest fastball. 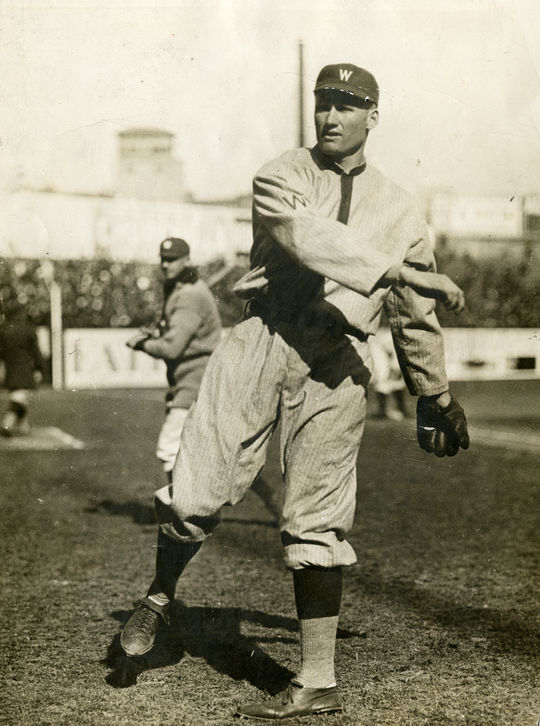 Walter Johnson's fastball was considered by his peers to be revolutionary. Was he the fastest in history? BL-6067-72 (National Baseball Hall of Fame Library)

“What I learned is that the fear on the part of the hitters is very real and very tangible when they are facing a real fireballer. I didn’t really imagine that that was the case, but it really is. It’s very present in their minds that this is an extremely dangerous situation for them.” 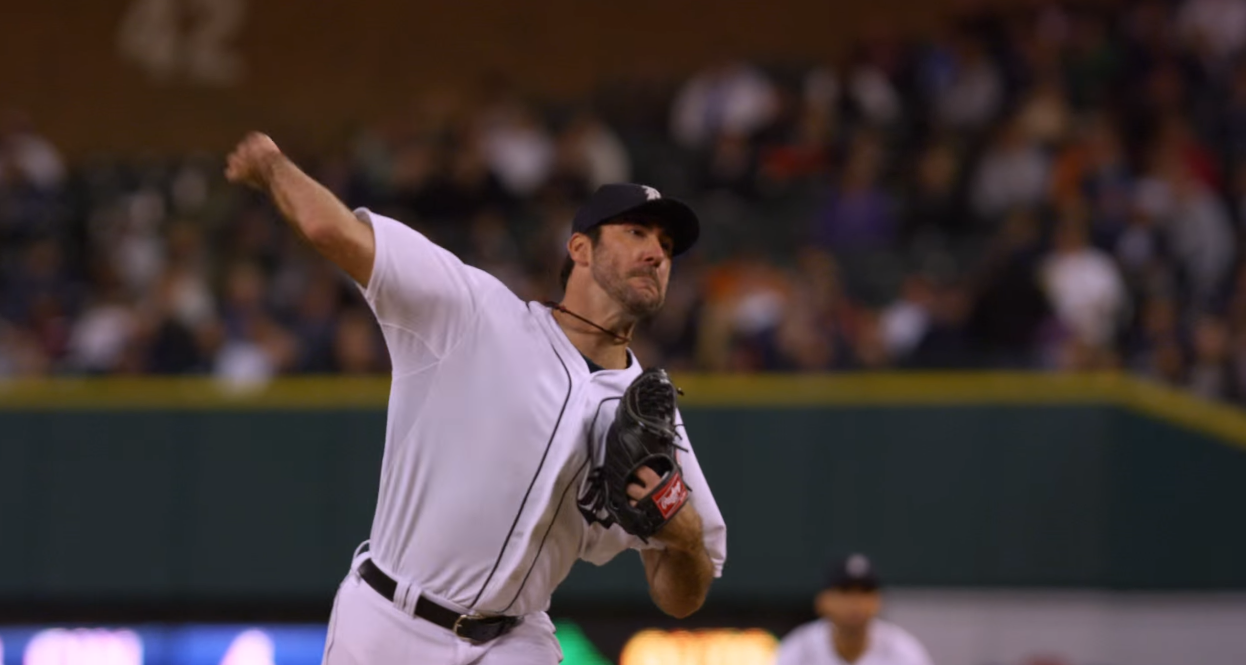 “Fastball” is based on the original idea of Thomas Tull, the head of Legendary Pictures, a board member of the National Baseball Hall of Fame and Museum, and one of the film’s producers.

“Thomas Tull called me and I went out to meet him in Los Angeles and we just started talking about baseball and it took just a couple of minutes to realize that we really had a very powerful connection over the game. So I knew this was a guy I wanted to make a film with about baseball,” Hock said. “And what he said was he felt this was a golden age of the fastball and what’s really exciting for him is the comparing of eras. He said we’ll get professors from Carnegie Mellon and we’re going to figure it out and say who threw the fastest of all time.

“This month, I was at a screening at the headquarters of Apple out in California and it was just ‘nerd central station’ and it was fantastic. They really got into the psychology of it. We sort of expected them to really get into the details of the speed and the rotation of the ball, but what excited them was the humanity of it, the psychology of the batters trying to perceive accurately this ball that’s moving too fast for the ordinary brain to reliably recognize it.” 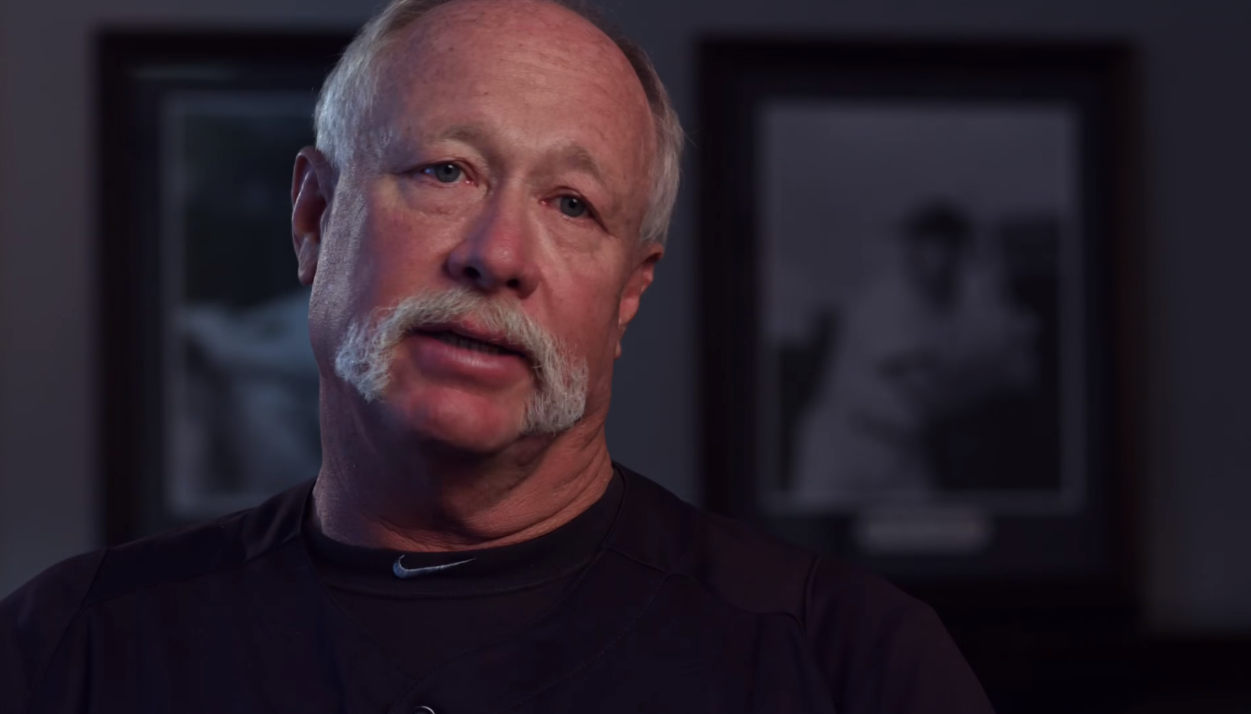 “Fastball,” honored with the Opening Night slot at the 10th Annual Baseball Film Festival held at the National Baseball Hall of Fame and Museum in 2015, features more than 20 individuals with bronze plaques in Cooperstown.

“The experience I had speaking to Hank Aaron for an hour-and-a-half about the fastball and speaking to Nolan Ryan for two hours about the fastball, these guys are extraordinary. And when they speak about the game, it’s like going to the mountaintop to get the truth,” Hock said. “Probably one of my favorite moments in the whole production was getting five amazing Hall of Famers – Brett, Morgan, Bench, Kaline and Gwynn – in the Plaque Gallery. It’s like the high priests sitting in the holiest of holy places talking about God. It was kind of awesome.

“A lot of films might get great quotes from a whole bevy of writers and thinkers and fans, and that’s great, but to me there’s nothing that can touch the thoughts of the person who did it better than anybody else. That’s why the Hall of Fame is such a constant presence in the film.” 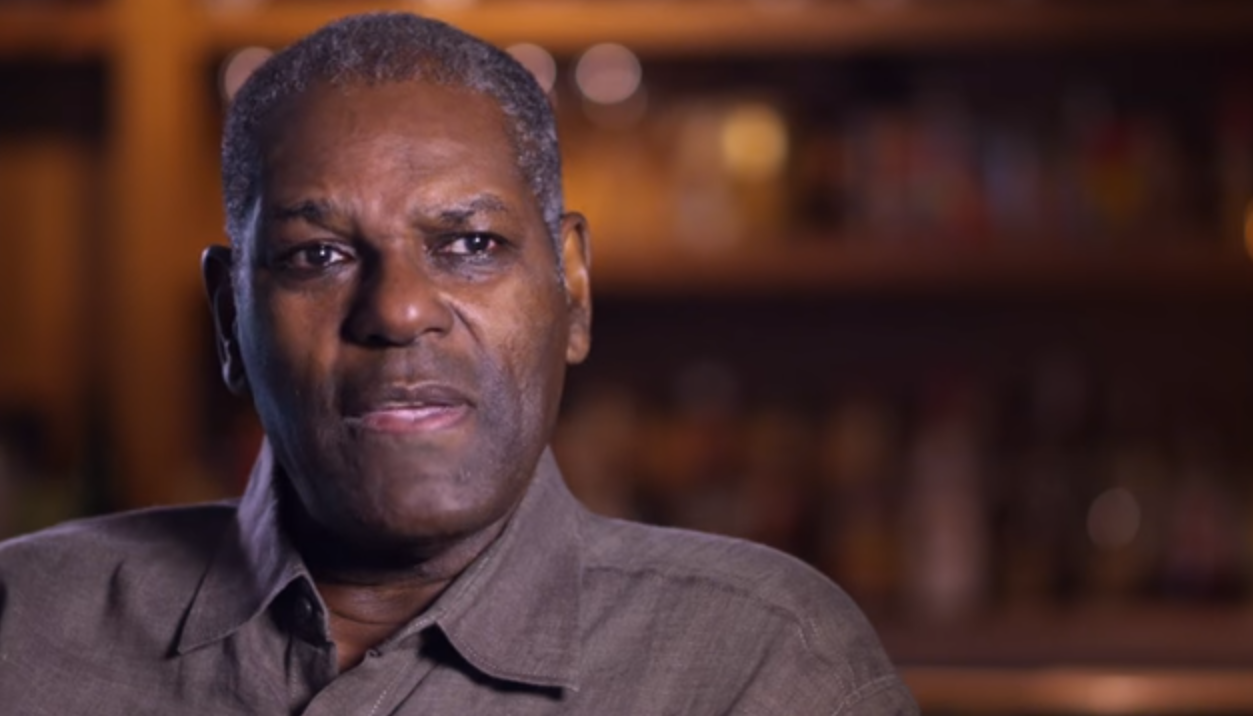