While the eyes of the baseball world were turned to Cooperstown for the 2015 Induction Ceremony on July 26, many of them were also peeking at their phones to see if even more history was on the way.

Los Angeles Dodgers pitcher Zack Greinke took to the mound at Citi Field that day with one of baseball’s most impressive streaks on the horizon: Orel Hershiser’s 59 consecutive scoreless innings.

After the pressure rose with each passing goose egg, Greinke’s streak finally came to an end in the third on a fielder’s choice grounder by opposing New York Mets pitcher Jacob deGrom. His final totals over the streak: 45 and 2/3 innings, 43 strikeouts, 19 hits, four walks and zero runs.

While Greinke went more than a month without seeing an opposing baserunner reach home plate, his 45 and 2/3 innings of perfection landed him only sixth on the all-time list – and nearly a game and a half shy of Hershiser’s record. Which begs the question, will anyone ever beat the Bulldog’s streak? 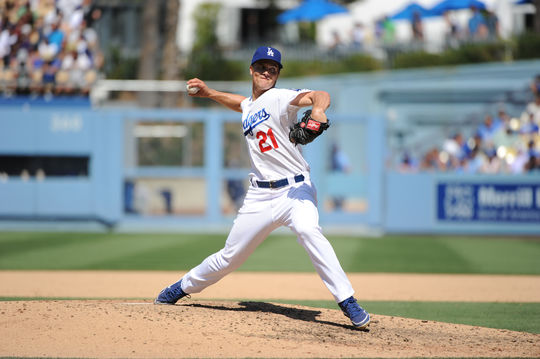 "Maybe it will get broken," Greinke said after giving up two earned runs in the no-decision against New York. "I know five years ago or so, I thought that one and the DiMaggio (hit) streak were the two toughest. Looks like people are getting closer to the Hershiser one now, maybe eventually it might happen." 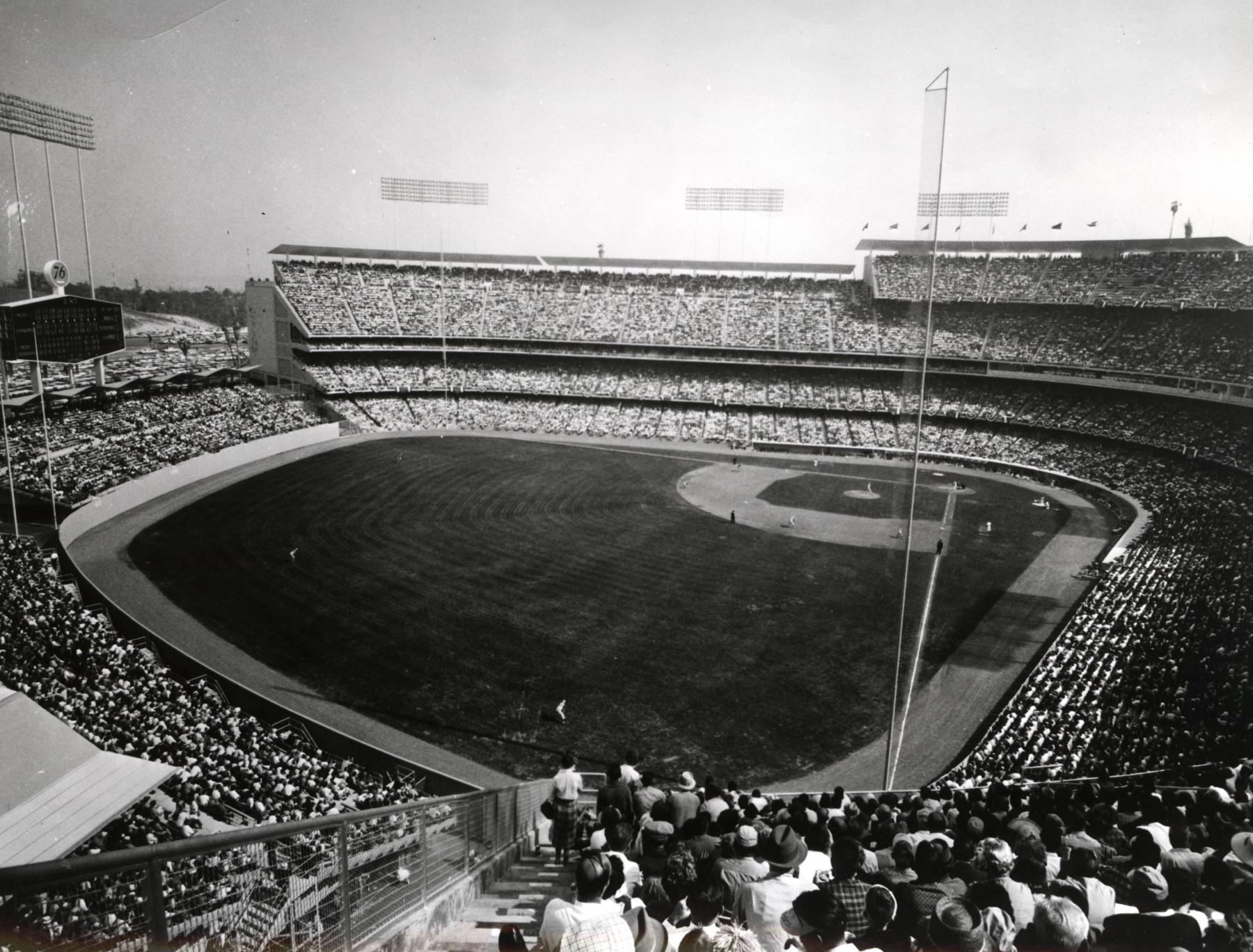 In fact, Greinke didn’t have to look any further than right down the Los Angeles bench to see Hershiser’s next challenger. Teammate Clayton Kershaw, the two-time reigning NL Cy Young Award winner (and also the reigning league MVP) quietly began putting together his own scoreless run in the shadows of Greinke’s spotlight streak, and carried a run of 37 spotless innings until a home run by Pittsburgh's Gregory Polanco ended it on Aug. 7. Kershaw also had the longest streak in the majors in 2014 with 41 scoreless innings.

When one considers that Greinke and Kershaw both pitch for Los Angeles, and that Hershiser passed Hall of Famer Don Drysdale – another Dodger – to set the major league record back in 1988, it becomes clear that it if you want to become infallible on the mound, it helps to wear Dodger blue.

An eight-time All-Star with 49 career shutouts and the 1962 National League Cy Young Award to his credit, Don Drysdale put together one of the most accomplished resumes of any pitcher in the 1960s. He is still arguably most revered, however, for one dominant month in the Year of the Pitcher.

Between May 14 and June 8, 1968, the big right-hander reeled off six consecutive shutouts – a major league record – and ultimately 58 and 2/3 innings without allowing a run. “I was just on a roll, like at the dice table in Las Vegas,” Drysdale would later say.

The National Baseball Hall of Fame and Museum contains a slew of artifacts in its collection which tell the story of that historic run, including:

*A baseball autographed by Drysdale from his fifth straight shutout against the San Francisco Giants on May 31.

*Two baseballs from Drysdale’s next start against the Pirates on June 4 – the first from when he broke Carl Hubbell’s NL record with 46 and 1/3 scoreless innings, and the second from when he completed the shutout, his sixth straight.

*Three baseballs from Drysdale’s historic outing June 8 against the Phillies at Dodger Stadium. The first was used to tie Walter Johnson’s 1913 record of 56 consecutive scoreless innings. The Museum also owns the ball Drysdale used to record his next out and set the all-time mark with 56 and 1/3. And, finally, a ball autographed by Drysdale from when his streak finally ended at 58 and 2/3 innings also resides in Cooperstown.

*The Museum also preserves the home and visiting lineup cards from Drysdale’s capper on June 8. The Phillies’ lineup card features an RBI sacrifice fly credited to pinch-hitter Howie Bedell in the fifth inning. Bedell, a light-hitting left fielder, played just two seasons in the big leagues, and his streak-breaking pop-up proved to be his only run batted in of the 1968 season. 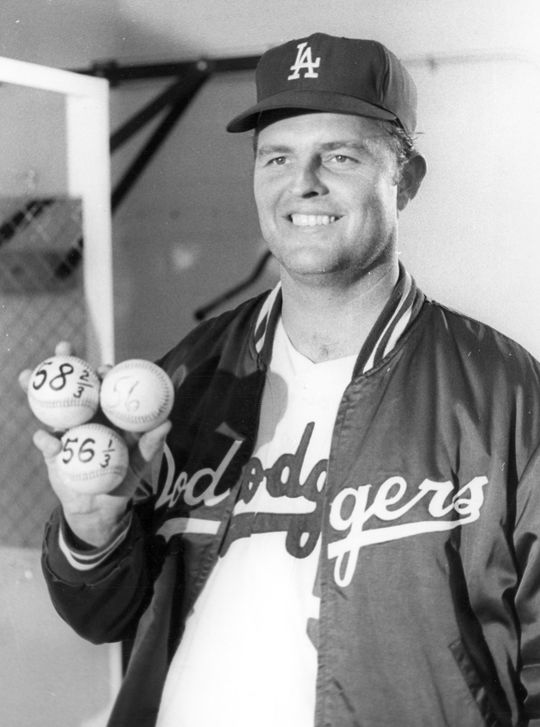 Los Angeles Dodgers pitcher Don Drysdale threw 58 and 2/3 consecutive scoreless innings during the summer of 1968 to eclipse the all-time record of 56 scoreless frames set by fellow Hall of Famer Walter Johnson in 1913. All three of the baseballs Drysdale holds in this picture are housed in the Hall of Fame collection. BL-1368-68 (National Baseball Hall of Fame Library) 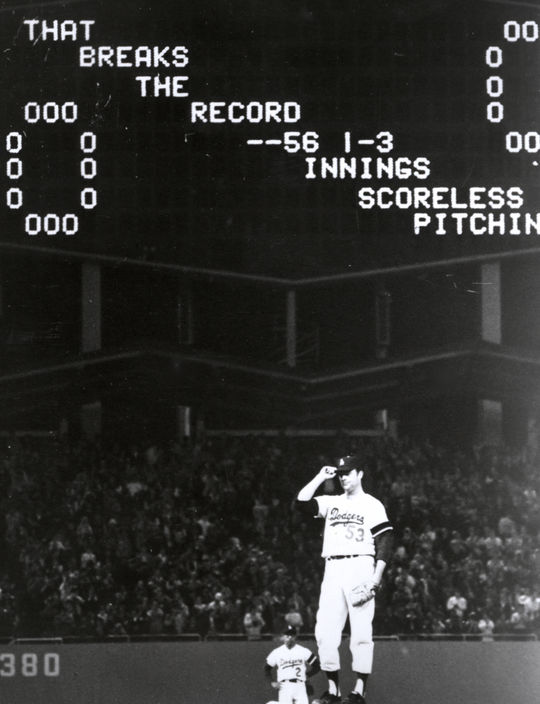 'The Bulldog' beats the streak

Drysdale’s record stood unchallenged for two decades until another anticipatory buzz filled the Chavez Ravine. Suddenly, another Dodgers’ ace named Orel Hershiser was shutting down opponents at an historic rate.

Hershiser held down the Montreal Expos for the last four innings of his complete-game 4-2 victory on Aug. 30, 1988, and then rolled off five straight shutouts during the season’s final stretch to lead Los Angeles to an NL West division title.

“Halfway through [Hershiser’s] streak, I could sense he was going to break it,” Drysdale reflected in 1991. “When you’ve been around the game long enough, you could see that things were rolling along and falling into place. Why, you could just sense it.”

It all came down to Hershiser’s final start of the season, Sept. 28, as he stood a full nine innings behind the all-time mark. “The Bulldog” was up to the task, holding the San Diego Padres scoreless through the ninth. Unfortunately, Hershiser’s teammates were unable to manufacture any runs of their own. In the bottom of the 10th, at manager Tommy Lasorda’s urging, Hershiser trotted back out to the mound for a try at history.

Two Padres would reach base, but neither found their way home. The record now belonged to Hershiser: 59 straight zeroes on the scoreboards.
A crowd of Dodgers were on hand to congratulate Hershiser, including Drysdale, who came down from the broadcast booth. 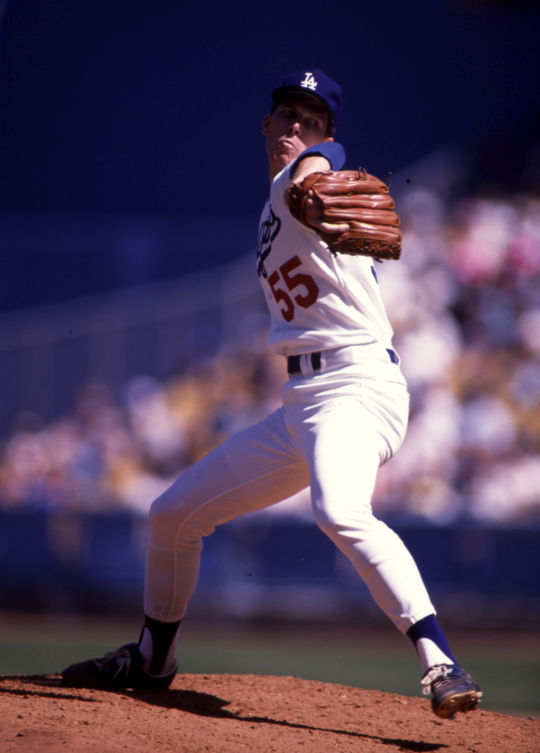 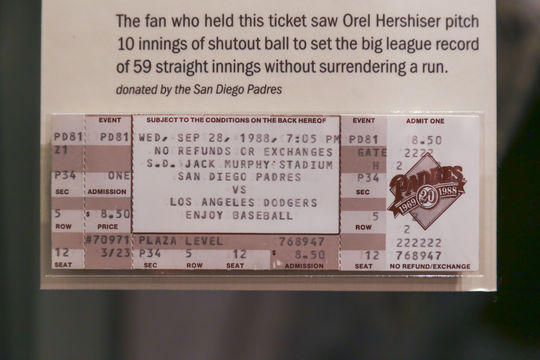 A fan's ticket to a game between the Los Angeles Dodgers and San Diego Padres -- in which Dodgers pitcher Orel Hershiser set the all-time record with 59 consecutive scoreless innings -- is on display in the One for the Books exhibit on the Museum's third floor. (Parker Fish / National Baseball Hall of Fame)

The fans lucky enough to own tickets for that game at San Diego’s Jack Murphy Stadium on Sept. 28, 1988, saw just about everything they could have hoped for: A new baseball record, seven innings of free baseball and, eventually, a Padres victory in the 16th. Thanks to a generous donation by the Padres, one of the tickets from that momentous game is currently on display in the Museum’s One for the Books exhibit on the third floor.

Meanwhile, the question that accompanies Hershiser’s streak, just like with Joe DiMaggio’s 56-game hitting streak, is ever-present: Will anyone be able to beat it? Right now, it seems the best candidates to do so are right back in L.A.

“I think it would be wonderful (if someone breaks the streak),” said Hershiser last month. “It would be an amazing thing to watch and enjoy. And I would be even doubly proud if it was a Dodger.” 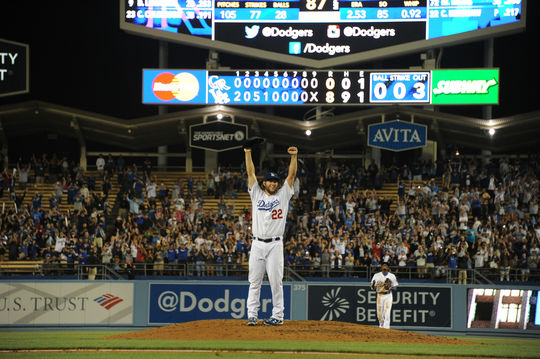 Los Angeles Dodgers pitcher Clayton Kershaw celebrates after throwing a no-hitter against the Colorado Rockies on June 18, 2014. The no-hitter came amidst a streak of 41 consecutive scoreless innings for Kershaw, the highest streak in the major leagues in 2014. The left-hander would finish the season as the NL Cy Young Award winner and league MVP. BL-437-2015-28 (National Baseball Hall of Fame Library)