Exactly 105 years after Confederate General P.G.T. Beauregard opened fire on the Union garrison at Fort Sumter, the North retaliated with their own blast – in the form of a two-run round tripper by Pirates’ left fielder Willie Stargell.

The extra-innings home run spoiled spirits in the brand-new Atlanta Stadium on April 12, 1966, packed with 50,671 fans eager to witness the Braves arrival to the Peachtree City from Milwaukee. It was an anticlimactic ending to what was a four-day long welcome held in honor of the team, featuring everything from cocktail parties to a city-wide parade down Peachtree Street, as schools and businesses closed for the historic day.

“This is the best reception I have ever seen,” remarked Braves captain Eddie Mathews, after greeting fans from a convertible decked out in streamers. “Big league baseball is something new to the Southeast. I hope we can give them the kind of team they need.” 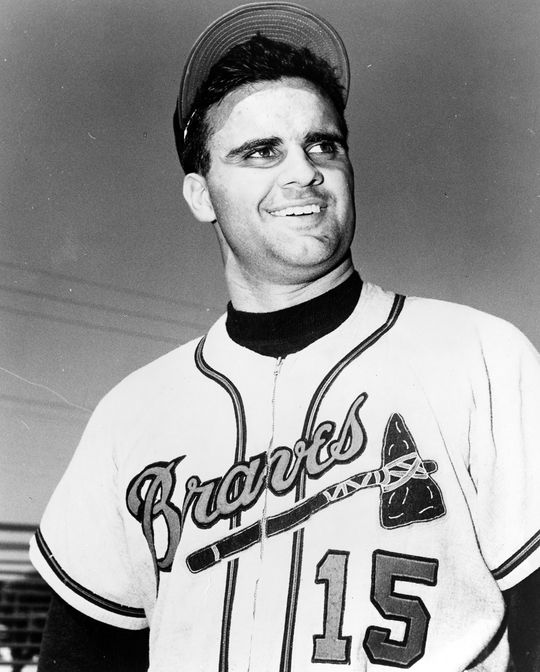 Joe Torre hit two solo home runs for the Atlanta Braves in their home opener after moving from Milwaukee. His round trippers were the only two runs the team would score that game. (National Baseball Hall of Fame and Museum)

Unfortunately for the Braves, the city of Atlanta would have to wait a couple of years before they saw championship baseball. While the off-field festivities held to introduce the franchise lived up to expectations, on-field success was taking a while to kick in. When Pittsburgh came into town, the Braves had just come off five straight Spring Training losses, managing only four runs over the past three games.

So to lose a hotly contested 3 hour and 27 minute season opener in 13 innings, after all the fan-fare that was rolled out to introduce them, wasn’t ideal. Twenty-four game winner Tony Cloninger took the mound for the Braves and delivered, tossing a complete game and striking out 12. And catcher Joe Torre pounded not one, but two, solo home runs. But Torre’s offensive prowess alone couldn’t match up against Stargell’s ability to come through in the clutch. The Pirates’ slugger hit a two-run home run in the top of the 13th to give Pittsburgh a 3-1 lead. 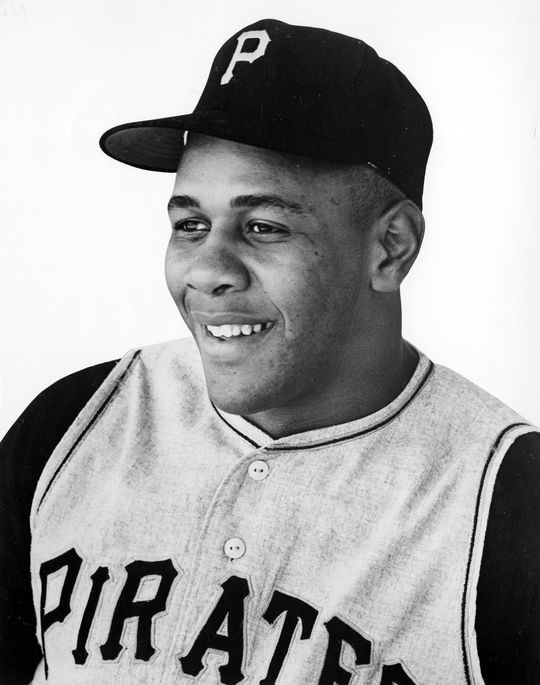 Willie Stargell spent his entire career with the Pittsburgh Pirates, from 1962-1982. He competed in six National League Championship Series and won two World Series with the team. (National Baseball Hall of Fame and Museum) 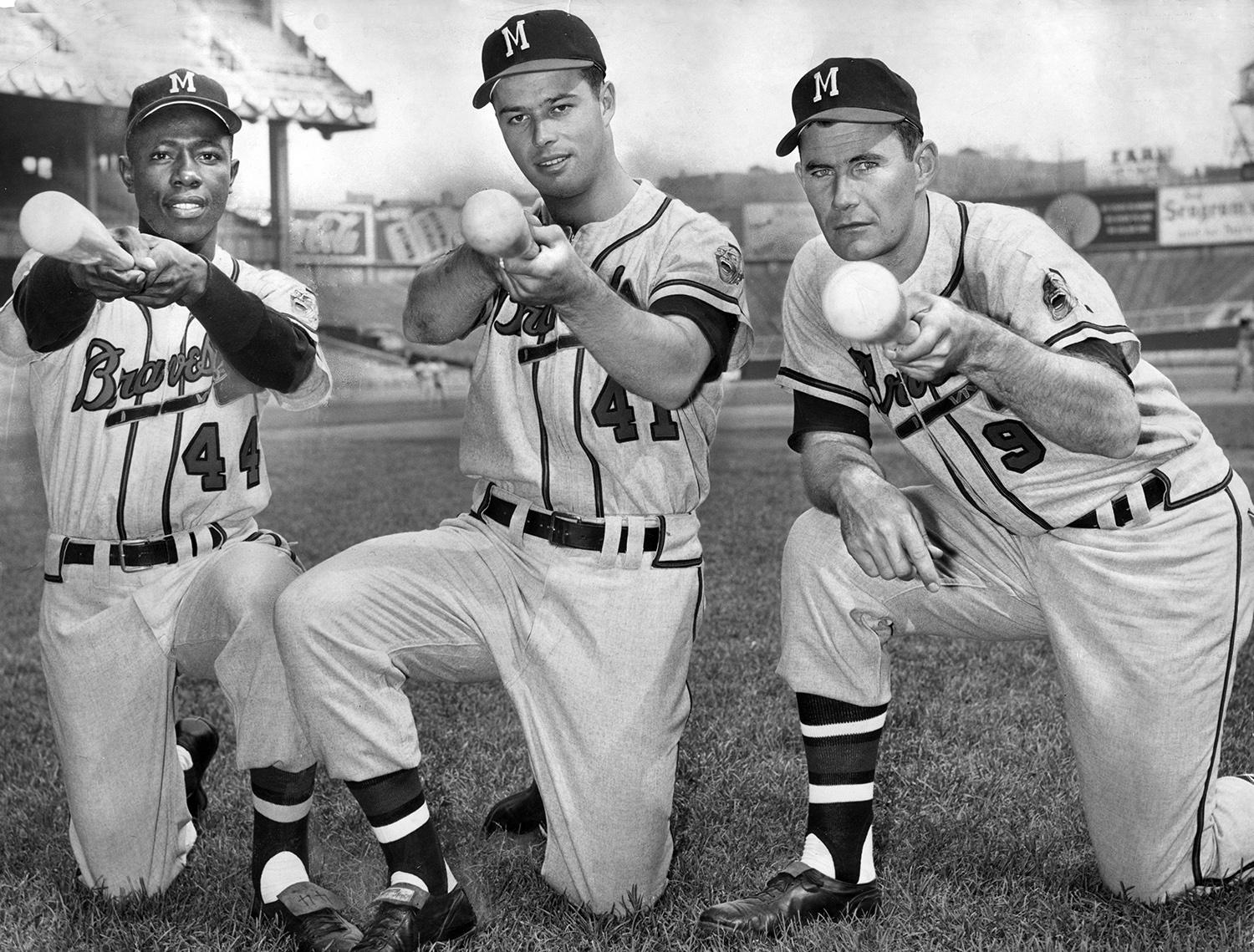 Hank Aaron (left) poses with Eddie Mathews (center) and Joe Adcock in 1957, prior to the Braves' move to Atlanta. (National Baseball Hall of Fame and Museum)

After Torre’s bottom of the 13th home run failed to start a rally, the Pirates took the opener, 3-2. The crowd was the largest of any Opening Day in Braves’ history, and the game was the first played by a major league team in the Deep South.

“I simply can’t understand it,” said then-manager Bobby Bragan to the Sporting News. “We seem to fold up any time we have a rally on our hands. It would have done us so much good to win this one.”

Atlanta would finish their debut season with a winning record of 85-77, fifth in the National League. They’d win their division three years later, making it to the National League Championship Series ultimately falling to the New York Mets in three games. But while the transition from Milwaukee may have been rocky, Atlanta chose to embrace their new hometown team – win or lose.

“Before the evening was finished,” Red Smith wrote of the opener in the Boston Globe. “There were audible signs that some who had been only baseball fans when they arrived, would soon be Braves fans.” 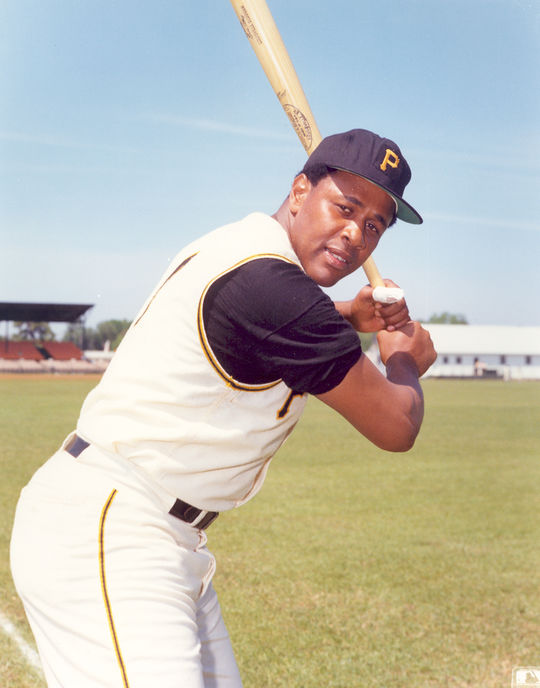 Willie Stargell was one of the most clutch hitters in baseball history, winning the NLCS and WS MVP awards in 1979 and tying Keith Hernandez for the regular season MVP. (National Baseball Hall of Fame and Museum) 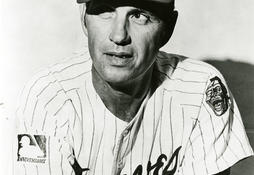 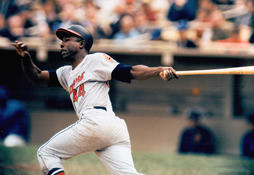 On Feb. 3 Hall of Fame artifacts used to affect that change will be on display at an event honoring Henry Louis Aaron’s commitment to a lifetime of philanthropy.