After he was let go by the Cincinnati Reds following the 1978 season – just two years after he led the Reds to back-to-back World Series titles – Sparky Anderson was eager to prove that he was still very much capable of taking a team to the top.

On Sept. 23, 1984 – 31 years ago this week – Anderson and his next team, the Detroit Tigers, took a major step toward accomplishing his goal. Detroit beat the Yankees, 4-1, at Tiger Stadium for its 100th victory of the year, making Anderson the first manager in history to lead a team to 100 regular-season wins in both the American and National Leagues. 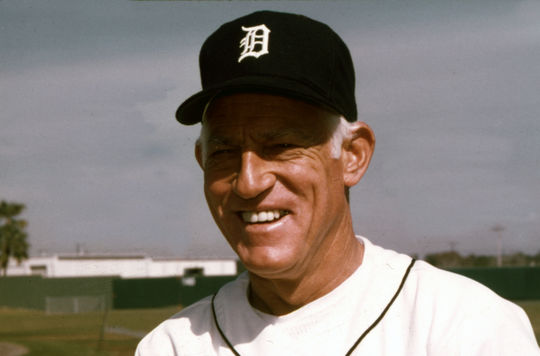 Hall of Fame manager Sparky Anderson claimed he would have the Detroit Tigers into the World Series within five years when he took control of the team in 1979. In 1984, Anderson's prediction came true. BL-1672-80 (National Baseball Hall of Fame Library)

Anderson’s teams had achieved the century mark three times in Cincinnati, including his debut season as a 35-year old manager in 1970. In addition to those two World Series rings in 1975 and 1976, his nine years in the Queen City included four NL pennants and only one losing season. He carried an overall winning percentage of .596 over 1,449 games with the Reds, and his 863 victories in Cincinnati still ranks first in the franchise’s long history.

Anderson was about to sign a contract to manage the Chicago Cubs when Detroit swooped in to make him its skipper in June 1979. Never short of confidence for his team, Anderson proclaimed to the press that he would have his Tigers into the World Series within five years. After steadily improving their win total in each year from Anderson’s debut in 1979, a balanced Tigers squad simply exploded in 1984. Detroit won 35 of its first 40 games to start the season and never looked back, leading the AL East wire-to-wire. 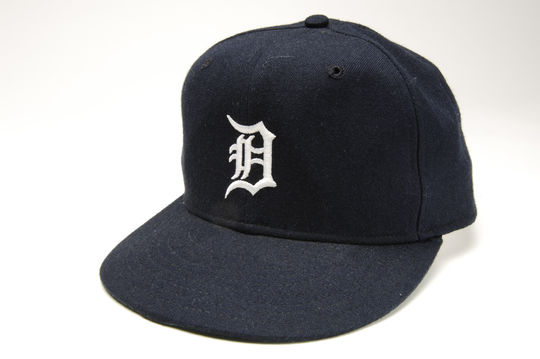 Detroit Tigers cap worn by manager Sparky Anderson on July 9, 1988 when he achieved his 800th win in the American League, against the Oakland Athletics at Tiger Stadium. Anderson became the first to record 800 wins in both the American and National Leagues. - B-154.88 (Milo Stewart Jr./National Baseball Hall of Fame Library)

When the Tigers won in ’84, I finally felt vindicated.

In his time in Cincinnati, Anderson enjoyed a formidable lineup but a shortage of household-name starting pitchers. He became known as “Captain Hook” for his frequent visits to the mound, and garnered attention for his frequent use of the bullpen during an era when many teams’ starters still finished the game.

With the Tigers, however, Anderson found his pitching staff stocked with premium talent. All-Star Jack Morris led the way, tossing an April no-hitter and winning 19 games in 1984, with Dan Petry right behind at 18-8. Meanwhile, the Tigers traded for closer Willie Hernandez a week before the season and he submitted a career year, going 9-3 with 32 saves on the way to winning both the American League MVP and Cy Young Award. 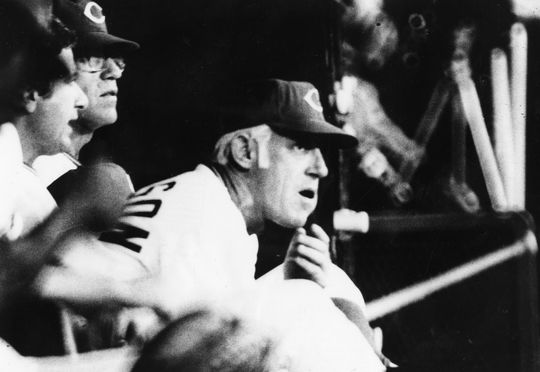 Manager Sparky Anderson looks on from the Cincinnati Reds' bench during a game on Oct. 2, 1973. Anderson led the Reds to four NL pennants and two World Series titles during the 1970s. BL-5555-73 (National Baseball Hall of Fame Library)

In addition to its seasoned staff, Detroit featured stellar two-way talent up the middle, from catcher Lance Parrish to the double-play combo of Alan Trammell and Lou Whitaker and out to athletic center fielder Chet Lemon. Right fielder Kirk Gibson, entering his prime at age 27, supplied additional power with 27 home runs and 91 RBI.

The Tigers finished with a 104-58 record, 15 games ahead of second-place Toronto in the AL East, and breezed past the Kansas City Royals in the ALCS. Five years later, Anderson’s prediction came true; Detroit had made it to the World Series.

“When Sparky came to us from Cincinnati, he brought us back to fundamentals,” Whitaker said. “We had a lot to learn and it’s paying off.” 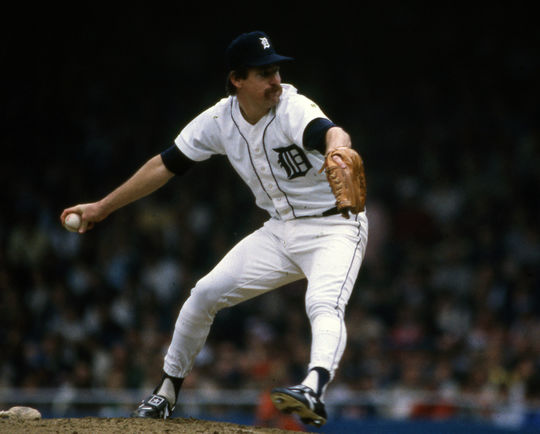 Pitcher Jack Morris led the way for the Detroit Tigers in 1984 with 19 victories. (Rich Pilling / National Baseball Hall of Fame and Museum) 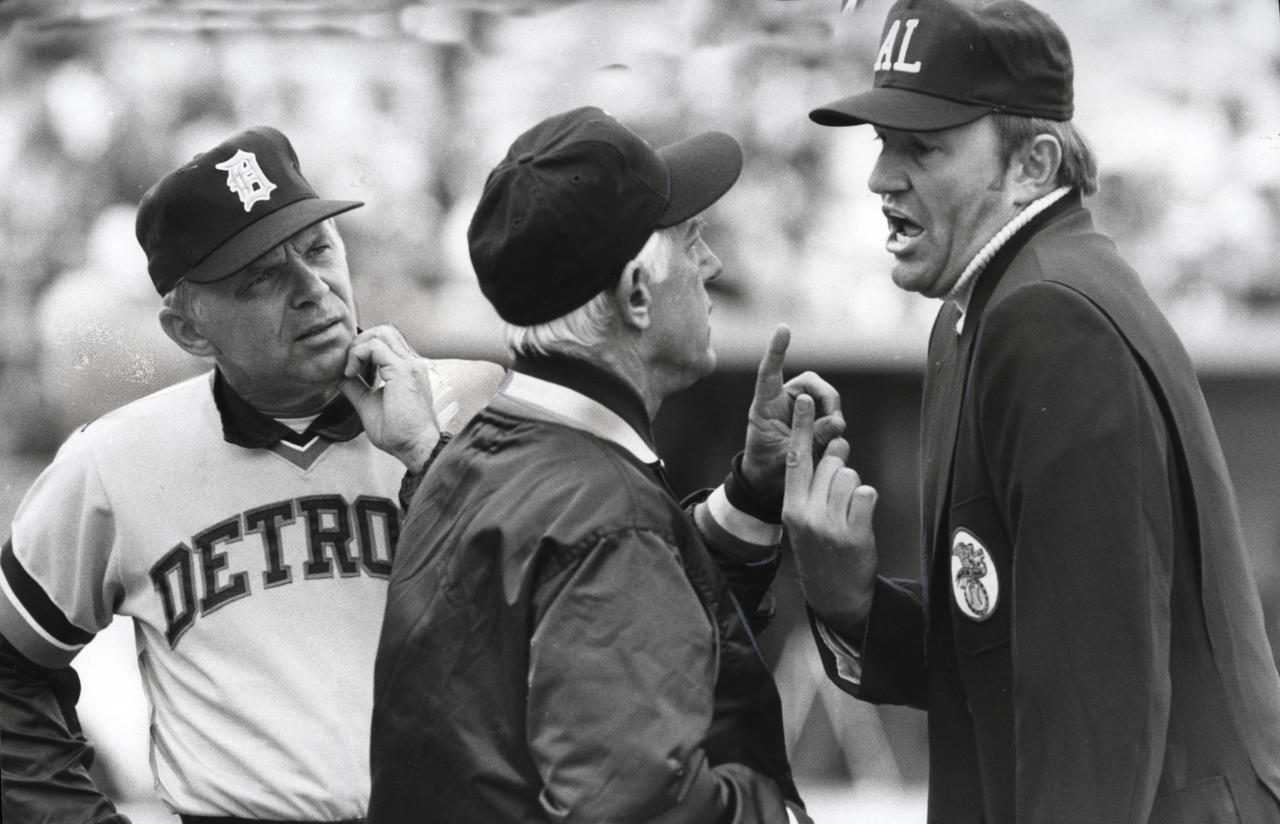 Back to the Top

Following the form they displayed in the regular season, Anderson and his Tigers would lose just one game in the playoffs as they defeated the NL champion San Diego Padres in five games to claim the franchise’s first Fall Classic since 1968. And Anderson became the first manager to win the World Series in both leagues. He had certainly proven himself after his release from Cincinnati, however he would later reflect on his initial feelings of redemption in his 1998 autobiography They Call Me Sparky.

“When the Tigers won in ’84, I finally felt vindicated,” he wrote. “It wasn’t until years after that, though, before I released all the bitterness I should never have allowed to creep into my mind in the first place.”

Anderson continued to manage the Tigers – winning another division title in 1987 – until his retirement from the major leagues in 1995. He left the game with 2,194 victories as a manager, which at the time ranked third in history behind Connie Mack and John McGraw. 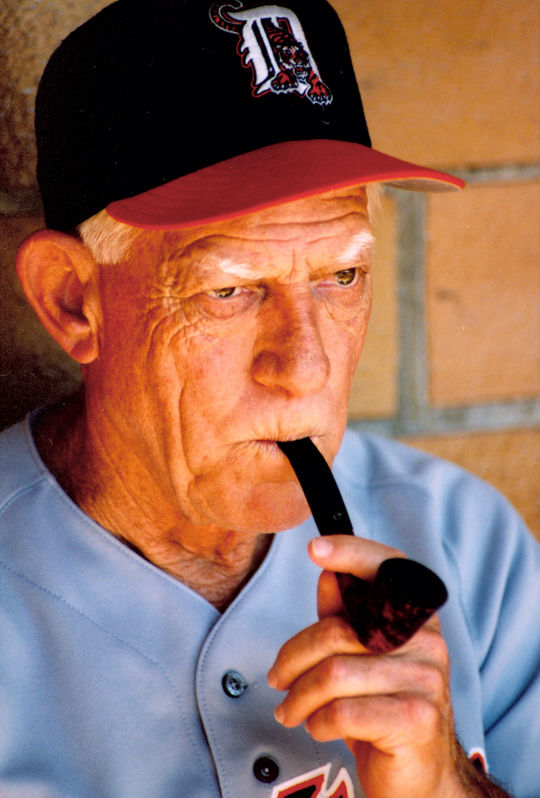 Detroit Tigers manager Sparky Anderson surveys the action in the dugout at Doubleday Field during the 1995 Hall of Fame Game. (Milo Stewart Jr./National Baseball Hall of Fame and Museum)