The 1992 film A League of Their Own, released on July 1, 1992, shed light on the All-American Girls Professional Baseball League for the first time to generations of baseball fans. Prior to the film, fans across the country hardly knew of the league, despite its 11-year tenure during World War II and the early Cold War, two crucial periods in American history.

Once director Penny Marshall released the movie, which received several Golden Globe nominations, the role of women in baseball’s history was more recognized and appreciated than ever before.

But just because the AAGPBL dissolved in 1954, it doesn’t mean women’s professional baseball stopped altogether. In 1956 an All-Star team comprised of former elite AAGPBL players took to the road on a national tour to showcase their talents to the rest of the country. A recently digitized group interview of former AAGPBL members from 1994 – preserved in the Hall of Fame video archive – offers several nuggets of information, including this from former Kenosha Comet and Grand Rapids Chick player Magdalen Redman, about the change in terms of public perception of the women’s game. 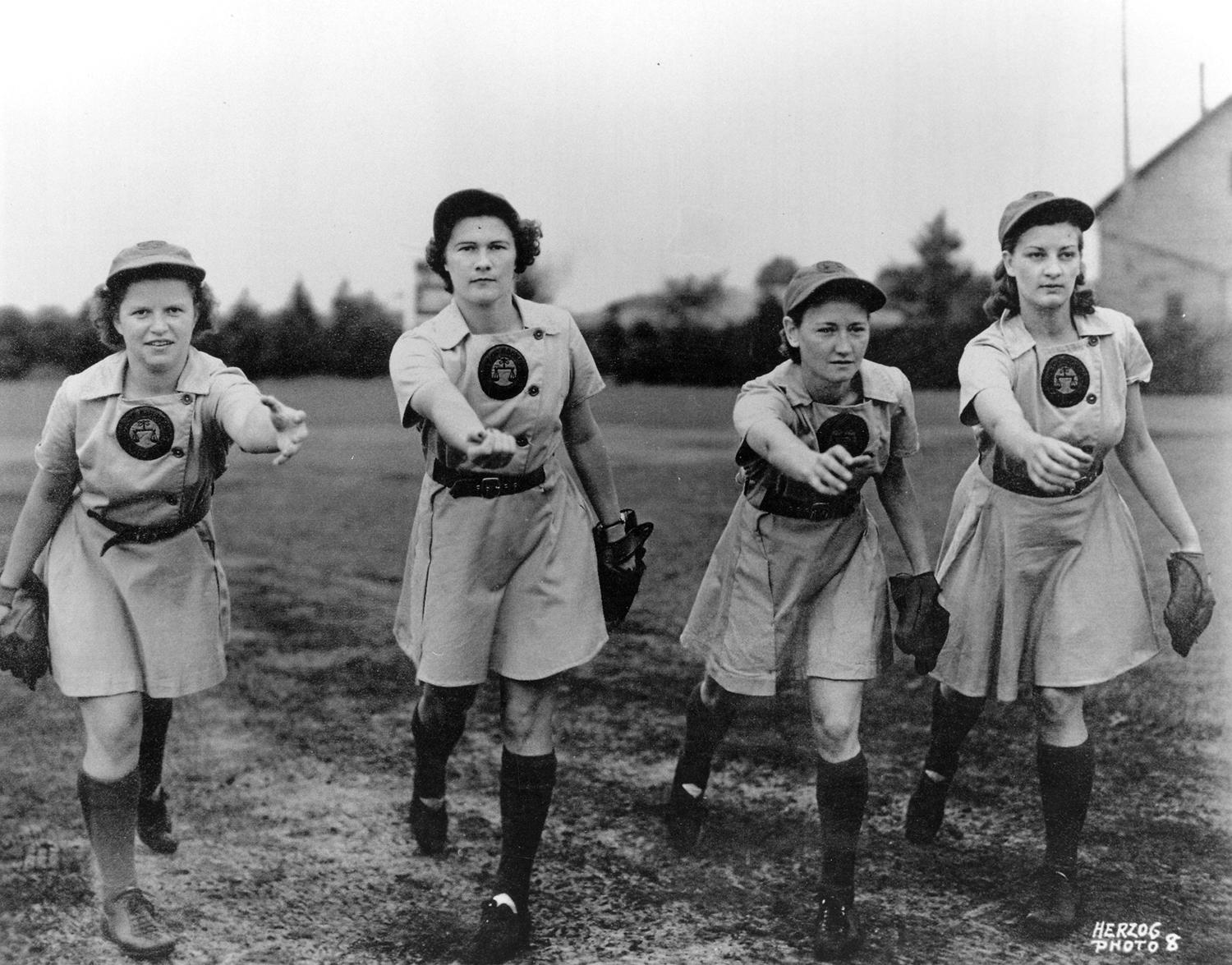 Four pitchers on the Rockford Peaches, on which the movie "A League of Their Own" was based, warm up before a game in 1943. (National Baseball Hall of Fame)

“When we played in ‘56 and took an All-Star team across the country after the league had folded up, we’d go into a community where they knew we were coming and the kids would come out. When the gals would first come out and start getting their equipment out, it was all a big joke to them. Here’s a bunch of women who are gonna play ball. And then we’d start warming up and as soon as they could see what you could do, it was suddenly silent and their eyes were popping out. The first comment would be, “Holy cow, she throws like a man.” Second comment would be, ‘I’m gonna go get my dad. He’s gotta see this.’ Smartest little boy would say, ‘Can I be your batboy?’ Day after day, night after night, it was just that progression of, “This is gonna be a big joke,” built into these little kids already, and then changing their minds because they saw what you could do.”

During its time, the AAGPBL’s home was mostly in the Midwest, meaning other parts of the country didn’t have the chance to watch the ladies play.

In the early years of the AAGPBL it took a long time for coaches and fans to warm up to the idea of women playing professional baseball.

As the league expanded and more fans watched in different ballparks throughout the Midwest, the general public realized it was no joke – the girls could actually play.

After the league disbanded in 1954, those in other parts of the nation who had only heard about the AAGPBL also had to cozy up to the concept of women taking the field when seeing the women play on tours.

Like in A League of Their Own , it took time for baseball fans to respect women on the baseball field. Jimmy Dugan, the fictional manager of the Rockford Peaches in the film, originally didn’t believe the girls had what it took to play baseball.

Like many fans of the era, Dugan soon discovered just how talented his players were and how entertaining they could be. The fans who went to see the girls on the ’56 national tour discovered the same thing. 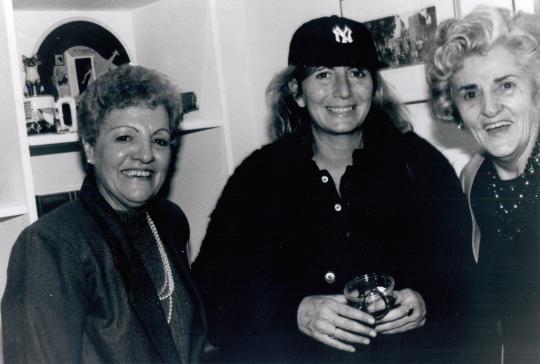 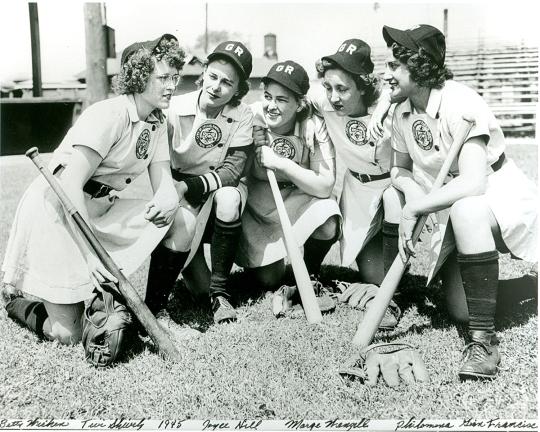 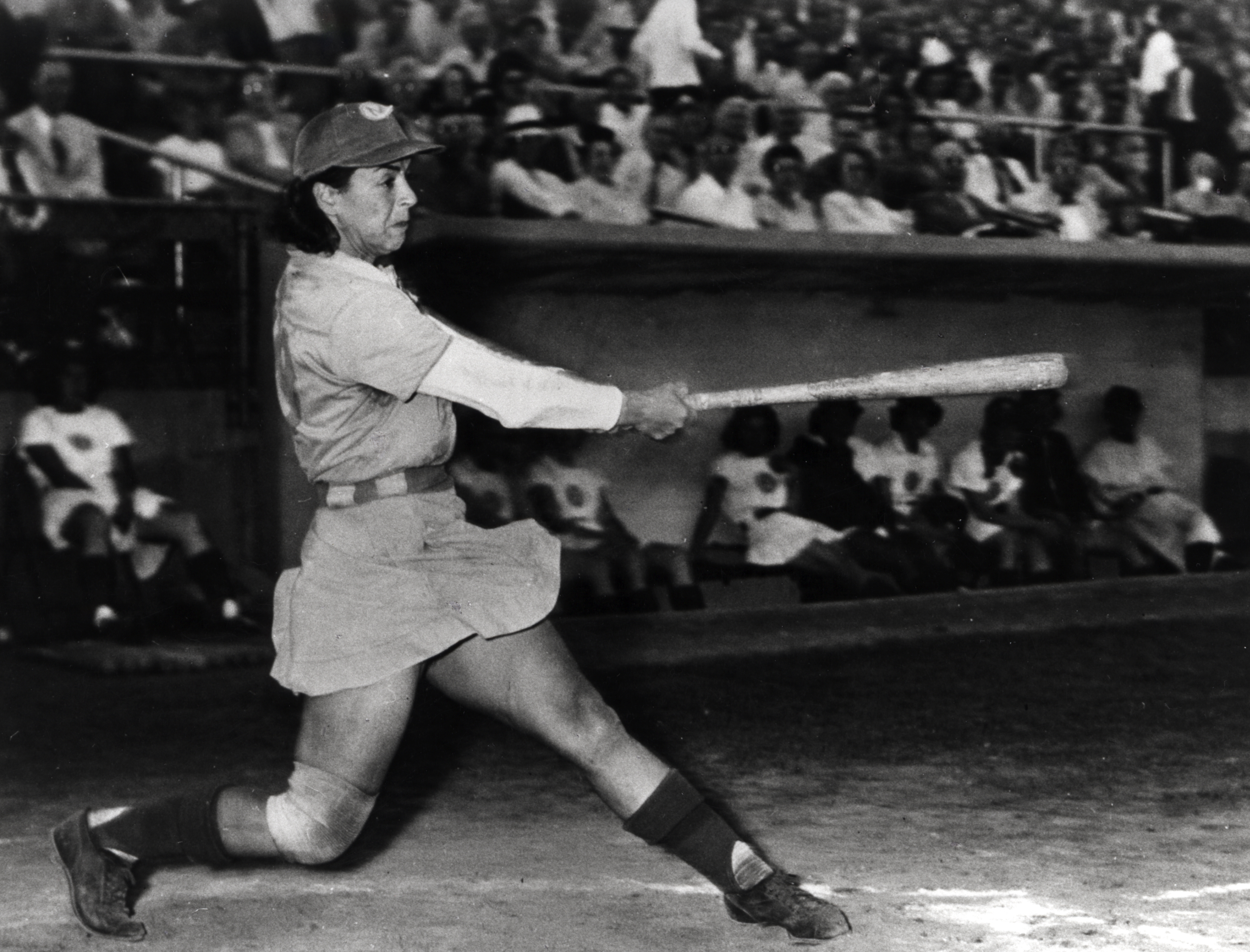 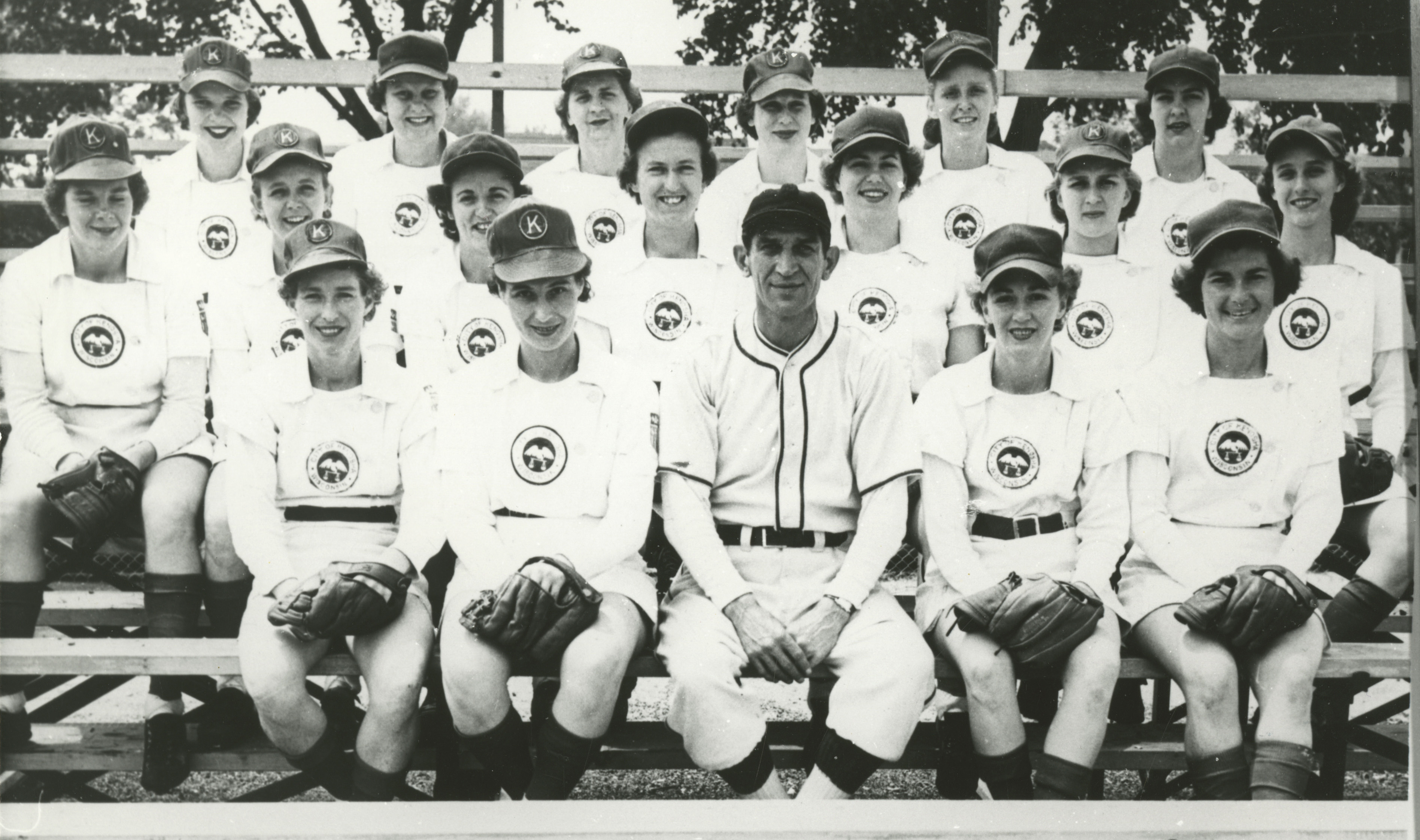 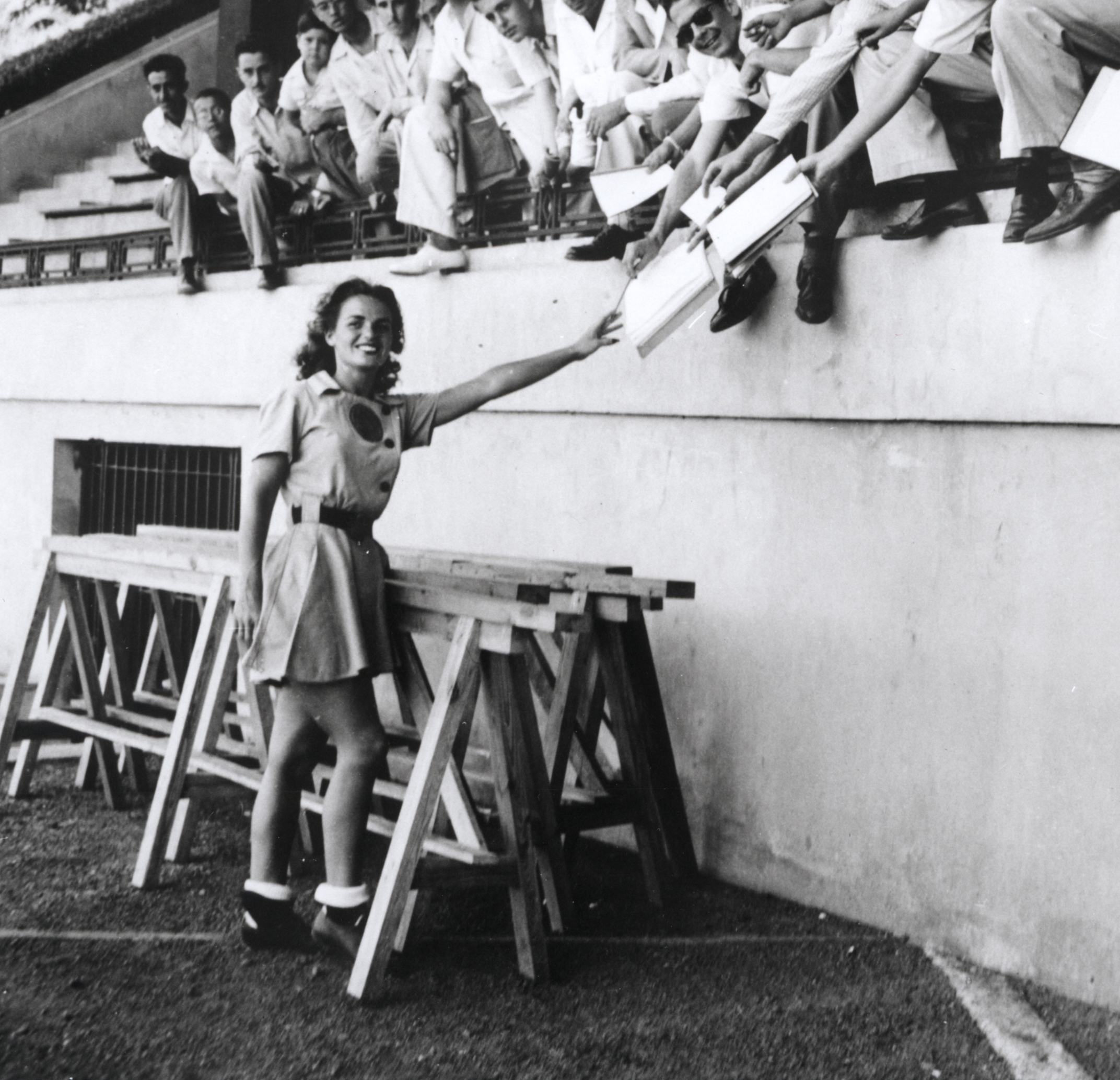