16 Millimeters of Babe and Lou

Through hundreds of artifacts, documents and images, the exhibition examines well over a century of Japanese-American history.

In a section of Common Ground devoted to immigrant community life before World War II, a case includes items from a general store owned and operated by a Japanese-American family in Hood River, Ore., prior to World War II: Packs of chewing gum, a bottle of denture powder, an advertisement for money orders.

But it was more than just “action.” Recent research conducted by the Hall of Fame not only revealed that the footage shows Lou Gehrig and Babe Ruth at a ballpark, but their distinctive uniforms made it clear that the movie was taken during their postseason barnstorming tour of 1927. 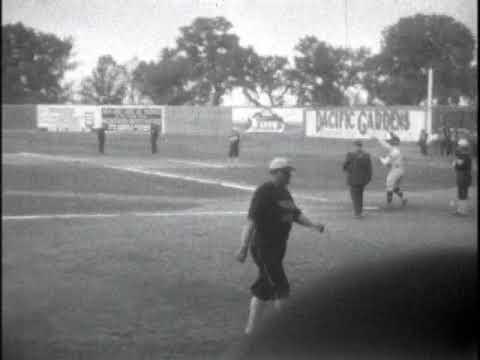 John Esaki, the Director of the Media Arts Center at the Japanese American National Museum, was pleasantly surprised to hear of this new discovery.

“I have viewed this movie segment dozens of times during my 19 years on the Media Arts staff here at JANM,” Esaki said, “but I never realized that the footage includes Babe Ruth and Lou Gehrig. Growing up in the 1950s, I idolized Lou Gehrig. His perseverance and German-American work ethic resonated deeply with my own immigrant family background. The intersection of iconic American culture and Japanese-American life in this home movie is just one of the many historical revelations that have inspired my commitment to the JANM and its role in teaching others about the rich and diverse heritage of this country.”

The film captures the famous pair of sluggers walking on to the field, taking batting practice and participating in an exhibition game. A careful review of outfield wall advertisements, including one for Yost Brothers Department Store and another promoting the neighborhood of Pacific Gardens, reveals that the footage was taken at Oak Park in Stockton, Calif. Gehrig and Ruth visited that very ballpark on Oct. 24, 1927, just a week before the end of the tour. 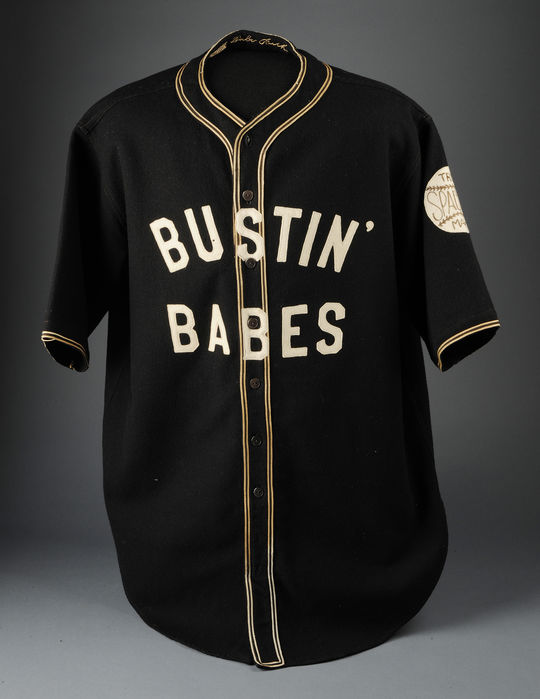 Babe Ruth wore this jersey during his 1927 postseason barnstorming tour with Lou Gehrig. Ruth's team in each game was called the "Bustin' Babes", while Gehrig's team was known as the "Larrupin' Lous". (Milo Stewart Jr./National Baseball Hall of Fame and Museum)

The brainchild of agent Christy Walsh, the three-week tour made stops in 20 cities across the country and featured a unique concept. While Ruth and Gehrig played on opposite teams (the Larrupin' Lous and the Bustin' Babes), the rest of the positions were filled by local talent.

The gimmick was a win-win: At least 16 local players fulfilled a dream come true by playing with and against the big league's biggest stars, while those very stars split the lion's share of the money.

Today, precious little footage exists from this tour – and for decades these 90 seconds of film remained unidentified. But now we know what Reverend Sasaki captured on film and numerous other fans witnessed that autumn day in Stockton: Two of the greatest athletes of their day playing in one of the most celebrated barnstorming tours in history. 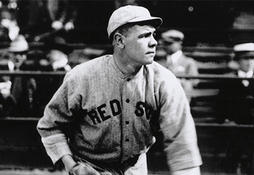 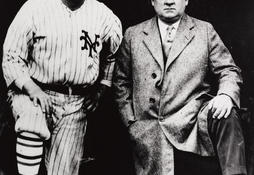 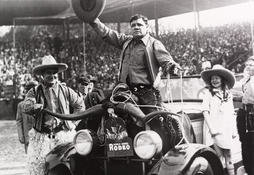 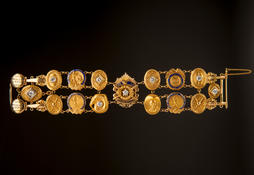