In July of 1933, a game of baseball’s biggest stars captivated a near sell-out crowd on the south side of Chicago as well as all those following the contest throughout the nation.

Ten years later, on July 1, 1943, a game of softball’s stars attracted several thousand fans on the north side of Chicago and merited barely two paragraphs in the Chicago Tribune. And the second paragraph concerned the first game of the twilight twinbill.

But just as in the inaugural Major League Baseball All-Star Game in 1933, the 1943 contest in Chicago made history.

The All-American Girls’ Professional Baseball League, which early in its inaugural season operated under the moniker of “All-American Girls’ Softball League,” announced in late June that it would feature a game between a team of Wisconsin-based players (playing for Racine and Kenosha) and a team of players representing South Bend, Ind., and Rockford, Ill. 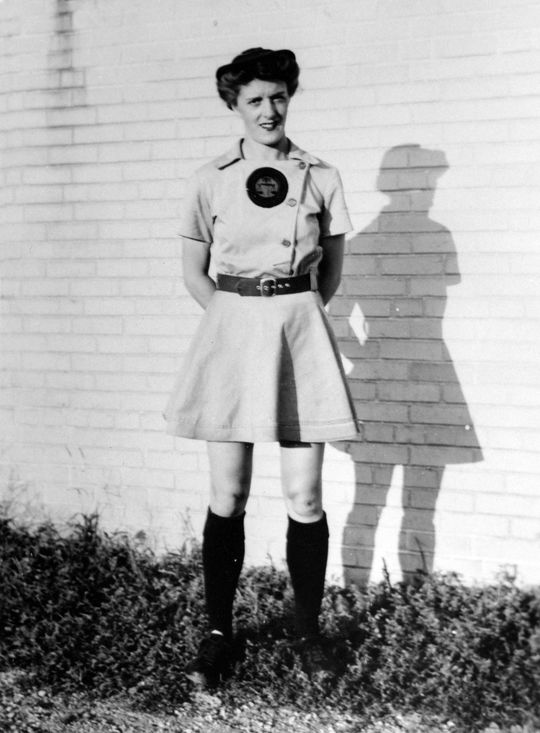 The league’s gradual adoption of rules similar to baseball (though still using a 12-inch softball) and a desire to separate itself from amateur softball led to the difference in the league’s name.

As is common with today’s MLB All-Star Game, fans in league cities voted for their favorite players as representatives in the AAGSL game.

But had it not been for the Women’s Army Auxiliary Corps (WAAC), which itself would gain active duty status on July 1, 1943, such a game may have not taken place.

The WAACs scheduled a sports and recruiting rally program at Wrigley Field, with a softball game between WAAC teams from Fort Sheridan and Camp Grant – both Chicago-area military installations – leading off the festivities at 6:00 p.m. After that, attendees would receive recruiting talks, a display of calisthenics and drills, as well as bear witness to a dress parade of the WAACs. The AAGSL game would follow. People could attend the program for free with no tickets required. 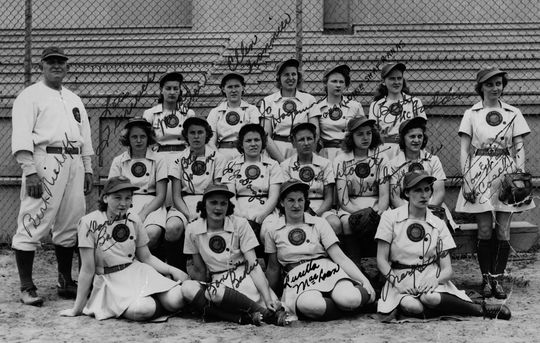 The South Bend Blue Sox teamed up with the Rockford Peaches in the 1943 AAGPBL All-Star Game at Wrigley Field, taking on a combined team from the Racine Belles and Kenosha Comets. (National Baseball Hall of Fame and Museum)

But wait a second.

That means they must have used lights for the All-Star Game. Surely that can’t be right.

Only the Associated Press noted, in a brief article which ran in numerous newspapers days before the game, that Wrigley Field would “present night ball for the first time July 1.” Three banks of temporary, portable lights, placed behind home plate, first base, and third base were used to illuminate the field of play for the AAGSL stars.

Wrigley Field did not have any permanent lights until 1988. The first scheduled night game was on Aug. 8, when the Cubs and Phillies got a few innings in before Mother Nature’s rains took over. Many people, despite the rainout, still consider that the first night game at Wrigley, even though the first official night game at Wrigley occurred the next evening against the Mets. 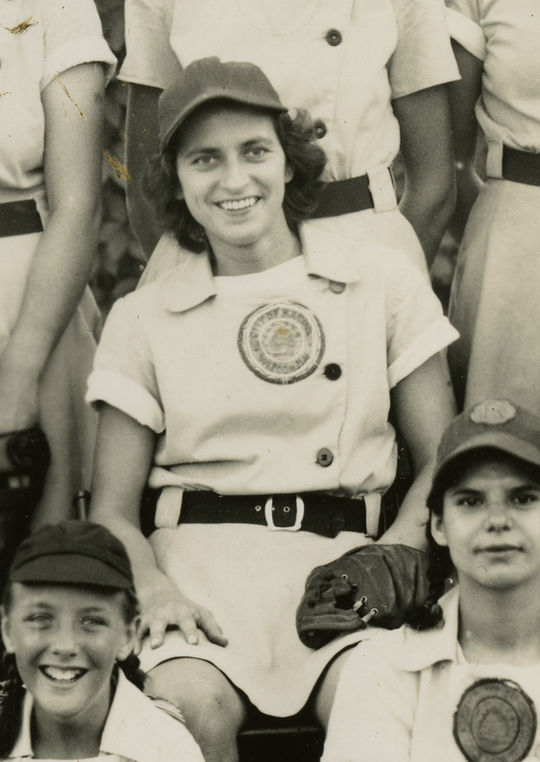 Sophie Kurys had three hits and scored three runs in the 1943 AAGPBL All-Star Game. Kurys, who played for the Racine Belles, would later steal 201 bases during the 1946 season. (National Baseball Hall of Fame and Museum)

On June 25, 1943, the Cubs and Cardinals played the first National League twilight game at Wrigley, without the aid of lights, starting at 6 p.m. and lasting a little more than two hours. The attendance was more than 10,600, though the paid number was 6,620. Over 4,000 women were admitted free. The game was considered a day game under Major League rules of the time, which provided that games commencing later than 6 p.m. were night.

The brief recap in the July 2, 1943, Chicago Tribune indeed states “last night” when referring to the AAGSL’s first All-Star Game, a 16-0 whitewashing of the combined Illinois-Indiana team by the Wisconsin squad. Fort Sheridan defeated Camp Grant, 11-5, in the opener.

The 1943 All-American Girls Professional Baseball League All-Star Game featured a matchup of the Rockford (pictured above) and South Bend teams against the Racine and Kenosha teams. The game was played at Wrigley Field using portable lights on July 1, 1943, making it the first night game in the history of Wrigley Field. (National Baseball Hall of Fame and Museum)

Little but the score of the AAGSL game would be published in most newspapers the days following the event. Articles from league media outlets provided most of the information we know. The Racine Journal-Times was one resource which had both a recap and a box score. In it, we learn that South Bend pitcher Margaret Berger, who was the league’s leading hurler, started for the Indiana-Illinois team, and got tagged for two runs on three hits in two innings. The league’s hitting leader, Gladys Davis of Rockford, went 0-for-4.

Racine’s representatives were the standouts for the Wisconsin squad. Eleanor Dapkus braved an ankle injury suffered the night before to knock in three runs on a bases-loaded triple. Sophie Kurys went 3-for-4, scored three times and drove in two. Four Wisconsin pitchers, Helen Nicol, Elise Harney, Gloria Marks and Mary Nesbitt combined to yield only two hits to the opposition.

Oddly, though, the newspaper article does not make mention of the lights at Wrigley Field.

Researcher Jay Feldman noted that the lighting was somewhat adequate but, according to some of the players who played in the game, certainly well short of ideal.

“The shadows would come up and all of a sudden you wouldn’t be able to decipher where the ball was,” Nicol explained. “It was pretty hard for the outfielders to see, especially if the ball got up high.”

Shirley Jameson said that the thrill of playing at Wrigley Field outweighed any difficulty with the lighting.

“The lights weren’t all that great, but we were used to that – we had to play with whatever we had,” Jameson recalled. “Besides, just the fact that we were playing in Wrigley Field was enough. We’d have done it whether it was light or dark, because we were all on Cloud Nine.”

While the Cubs continued to tinker with twilight games, the AAGPBL was not through with its night games at Wrigley Field. Just over a year later, on July 18, 1944, the league staged a night-time doubleheader as a benefit for the Red Cross. Once again, the lights were only temporary.

Yet for one night in 1943, the AAGSL stars shined bright under the lights at Wrigley Field, as they continued to break boundaries for women and boundaries for baseball. 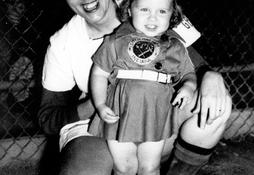