Part of the INSIDE PITCH series
Written by: Bill Francis

Jimmie Foxx was one of baseball’s greatest longball hitters, often referred to as a right-handed Babe Ruth. And like the Bambino, Foxx always wanted to give pitching a shot.

During the final months of World War II, “Double X” got his chance when manpower shortages at the big league level allowed the aging star one last hurrah.

By 1945, Foxx had nothing yet to prove on a baseball diamond.

After making his major league debut in 1925 with the Philadelphia Athletics – a team he would carry to three successive pennants from 1929-31 – the longtime first baseman, who also spent significant time with the Boston Red Sox, would capture three American League MVP Awards, win a Triple Crown in 1933, lead the Junior Circuit in home runs four times, including a career-high 58 in 1932, and be named to nine All-Star teams. 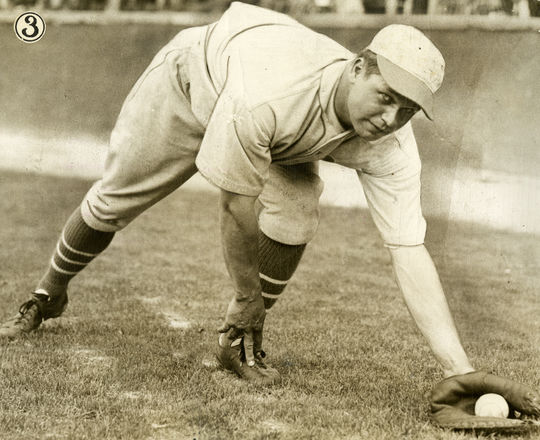 While he was known for his power at the plate, Hall of Famer Jimmie Foxx was actually a star pitcher at his high school in Sudlersville, Md. BL-167-81 (National Baseball Hall of Fame Library)

By his mid-30s, Foxx’s playing career was in flux. A late-career stint with the Chicago Cubs had not gone well, and by 1944 it looked as though “The Beast,” the nickname for the muscular 6-footer, might have seen his last days as a player. He had spent the first few months of 1944 as a pinch-hitter with Chicago before becoming a manager with the Class B Portsmouth (Va.) Cubs of the Piedmont League for the final six weeks of the season.

Baseball was still filled with uncertainties in the mid-1940s with the world still war-torn. According to reports around the time of the start of the 1945 big league season, 80 percent of the players in Opening Day lineups in 1941, the last before the United State entered World War II, had either gone into the armed services or became essential war workers. It was with this background that Foxx received another chance.

Newspapers across the country shared the news that the 37-year-old Foxx, the legendary slugger, would be returning to the city where he began his long major league career, having signed a one-year contract with the Philadelphia Phillies on Feb. 10, 1945. The Cubs had Foxx – whose 526 career home runs at the time were second only to Ruth’s 714 – listed as a coach and scout but released him when he said he wanted to play again. Foxx turned out to be one of many veteran players who filled wartime gaps in the majors.

“I am very optimistic about Jimmie Foxx,” said Phillies general manager Herb Pennock, who – like Foxx – would one day be a Hall of Famer. “He is in excellent shape. 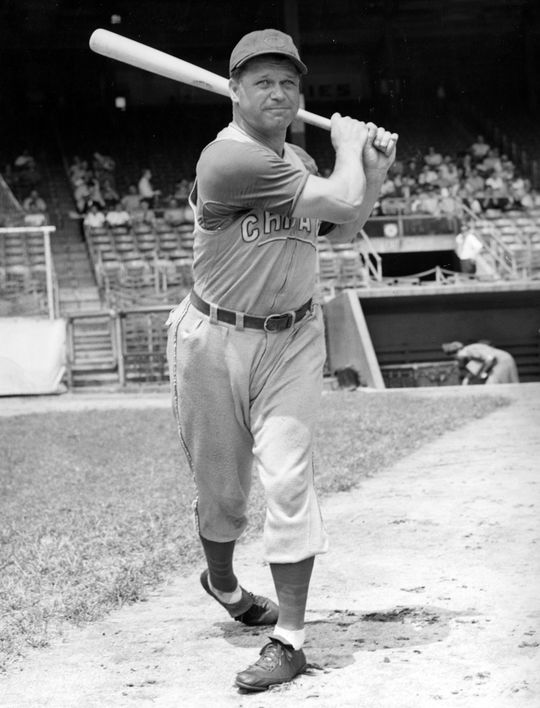 “Foxx is in good shape,” said Phillies road secretary Jimmy Hagen. “We expect to see Jimmie playing a lot of ball in Shibe Park this season.”

Although Foxx’s best playing days were far behind him, during this time of manpower shortages he felt he could still hit wartime pitching.

“I’m not through. My legs are as good as ever,” said Foxx, who admitted he was only 10 pounds over his normal playing weight. “I think I’ll be able to give the fans and Herb Pennock something to be proud of.” 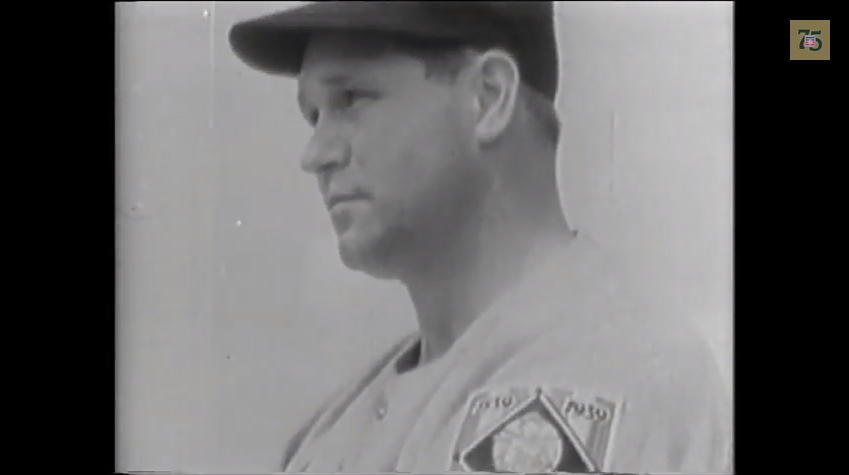 Despite the optimism, both the Phillies, longtime National League doormats, and Foxx suffered through another poor season. While the ‘45 Phillies ultimately finished last in the eight-team NL with a 46-108 record, their eighth last-place finish in 10 years, Foxx hit the comeback trail toiling at third and first base for the Phils, but by midseason, the player who hit at least 30 home runs in a season 12 times was little more than an afterthought.

With his roster spot in jeopardy, Foxx’s fortunes needed to change in a hurry if he were to remain in the game. By July 1945, a radical plan was put in place for the former batting champ to call the pitching mound a new home.

“It’s his only chance to stay active in the big leagues – and I’m going to see that he has a fair one,” said Phils manager Ben Chapman, a longtime big league outfielder who also gave pitching a shot late in his career. “If there is one thing the Phillies need more than anything else, it is pitchers, and then more pitchers.” 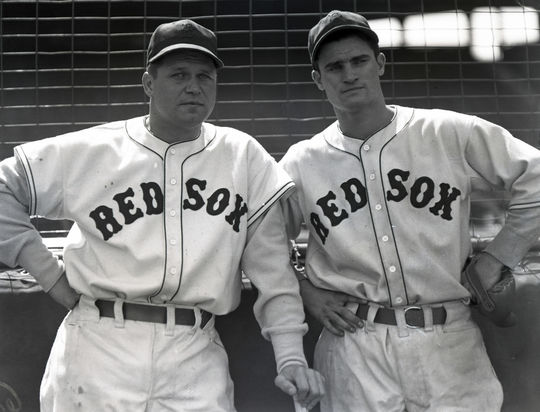 Foxx had often expressed a desire to be a pitcher, having been a star hurler in high school. His previous hill work included a one-inning scoreless stint as a member of the Red Sox in 1939 and a few appearances when he skippered Portsmouth in ’44.

So when it turned out Foxx would be a starting pitcher in a war-relief benefit game against the Athletics at Shibe Park on July 10, 1945, it was not unexpected. Though the strength of his eyesight and legs may have diminished over the years, Foxx still had a strong right arm, keeping the A’s scoreless through the first three innings before being knocked out of the box in the fourth.

Showing he had some pitching promise, Foxx made a couple relief appearances during the second half of July, giving up no runs in 4 2/3 innings, before his first big league start on Aug. 19 against the Reds. In the second game of doubleheader, Foxx picked up the win in a 4-2 game, going 6 2/3 innings while giving up four hits and two runs, walking four and striking out five.

Overall, Foxx finished his respectable 1945 big league pitching campaign with a 1-0 record in nine games, including two starts, tossing a total of 22 2/3 innings, striking out 10 and walking 14, while compiling a 1.59 ERA. On Sept. 20, Foxx officially announced that the 1945 season would be his last, having lined up a sports radio broadcasting job in Boston for the next year. “The Beast” retired with 534 homers, a career total that remained second all-time behind Ruth until Willie Mays passed him in 1966.

Foxx was inducted into the National Baseball Hall of Fame in 1951. 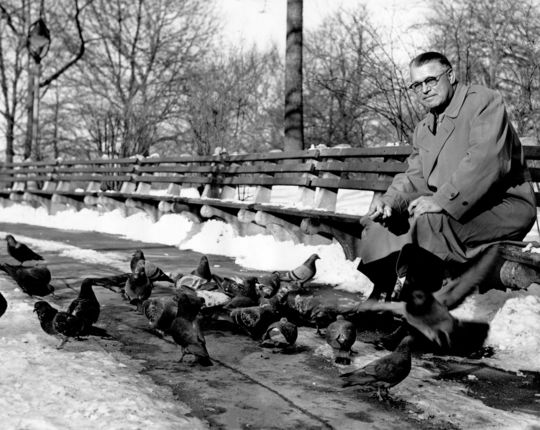 Hall of Famer Jimmie Foxx is photographed in 1958, when he was working as a coach for the Minneapolis Miners. At that time, Foxx was still second behind Babe Ruth on the all-time home run list with 534. BL-3661-71 (National Baseball Hall of Fame Library)